This is Andy’s thoughts on the players that were involved.

CRAIG GORDON: In for his second Scotland start in succession. Impossible to say whether he’ll get the nod against the Czechs, but the Hearts star did his chances no harm at all with a stunning late save to deny van Aanholt…7.

JACK HENDRY: Fired Scotland in front with a sweet strike from the edge of the box. The centre back came out of nowhere to bag his first international goal. Towering performance from the defender….8.

LIAM COOPER: Provided tremendous cover after Denzil Dumfries had got the wrong side of Andy Robertson. Read the danger superbly and linked really well with Hendry. Replaced by Gallagher on the hour mark….7.

KIERAN TIERNEY: Blasted wide in the opening minutes and was Scotland’s best attacking outlet on the night. Dove-tailed brilliantly with Robertson on the left-hand side, making a series of surging runs deep into Dutch territory…8.

JAMES FORREST: With Nathan Patterson and Stephen O’Donnell left behind at Scotland’s Spanish training camp, the Celtic star was deployed at right wing-back. Given his injury problems this season it’s not surprising he looked off the pace…6.

STUART ARMSTRONG: Given a rare start in the absence of John McGinn and while he played his part in Scotland’s opener the Southampton man didn’t do enough to make a case for a start against the Czech Republic…6. 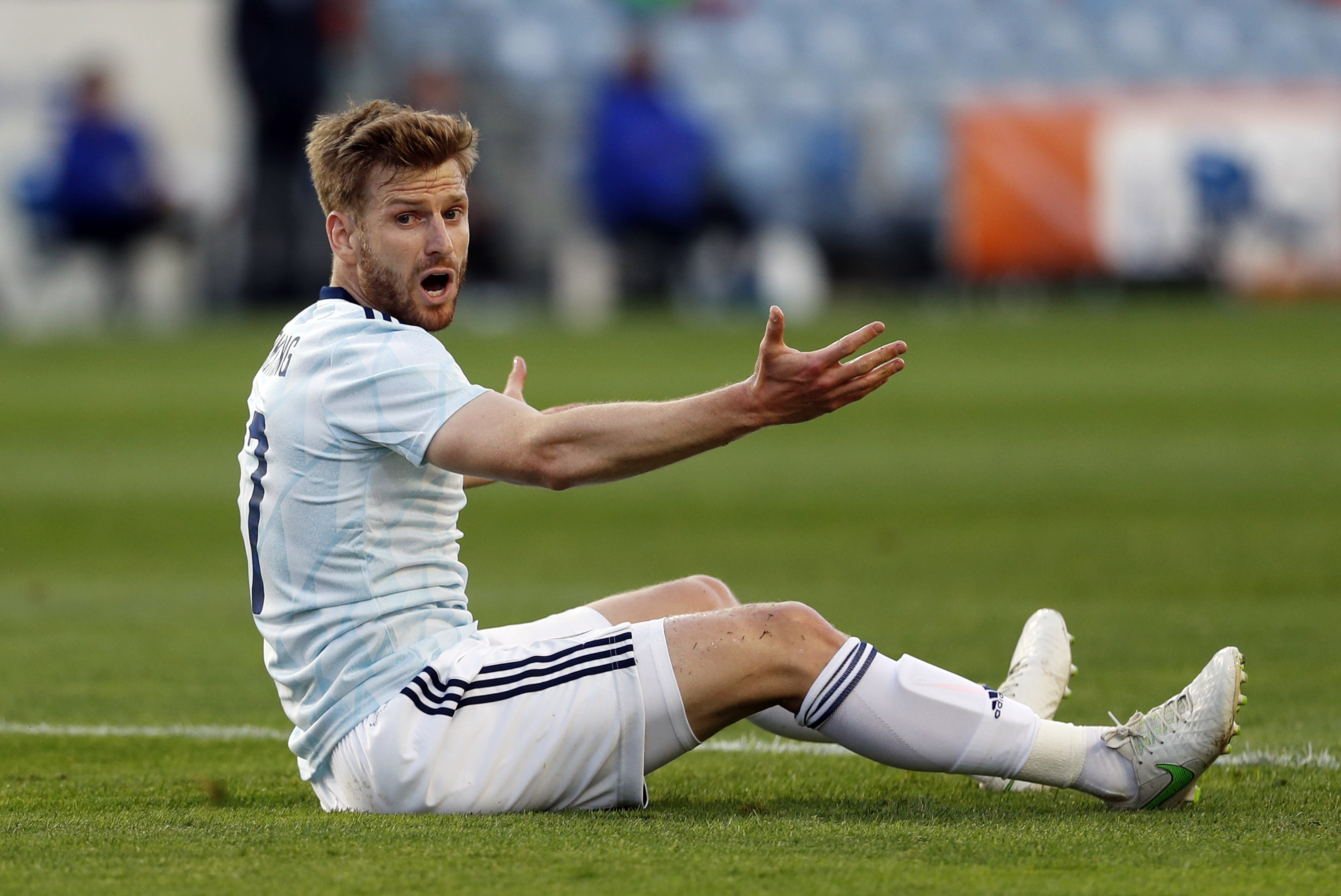 DAVID TURNBULL: The Celtic midfielder was handed his Scotland debut. It proved a real baptism of fire, allowing Memphis Depay to run off him as Holland drew level. Guilty of trying to force the final pass…6.

CALLUM McGREGOR: Spent most of the night chasing shadows in the middle of the park. Like his team-mates, he couldn’t keep possession of the ball long enough to influence anything in Holland’s final third…6.

ANDY ROBERTSON: Despite being deployed in the more advanced role, the Scotland skipper found himself covering Tierney’s rampaging runs. But it was his outstanding cross which picked out Nisbet….7. 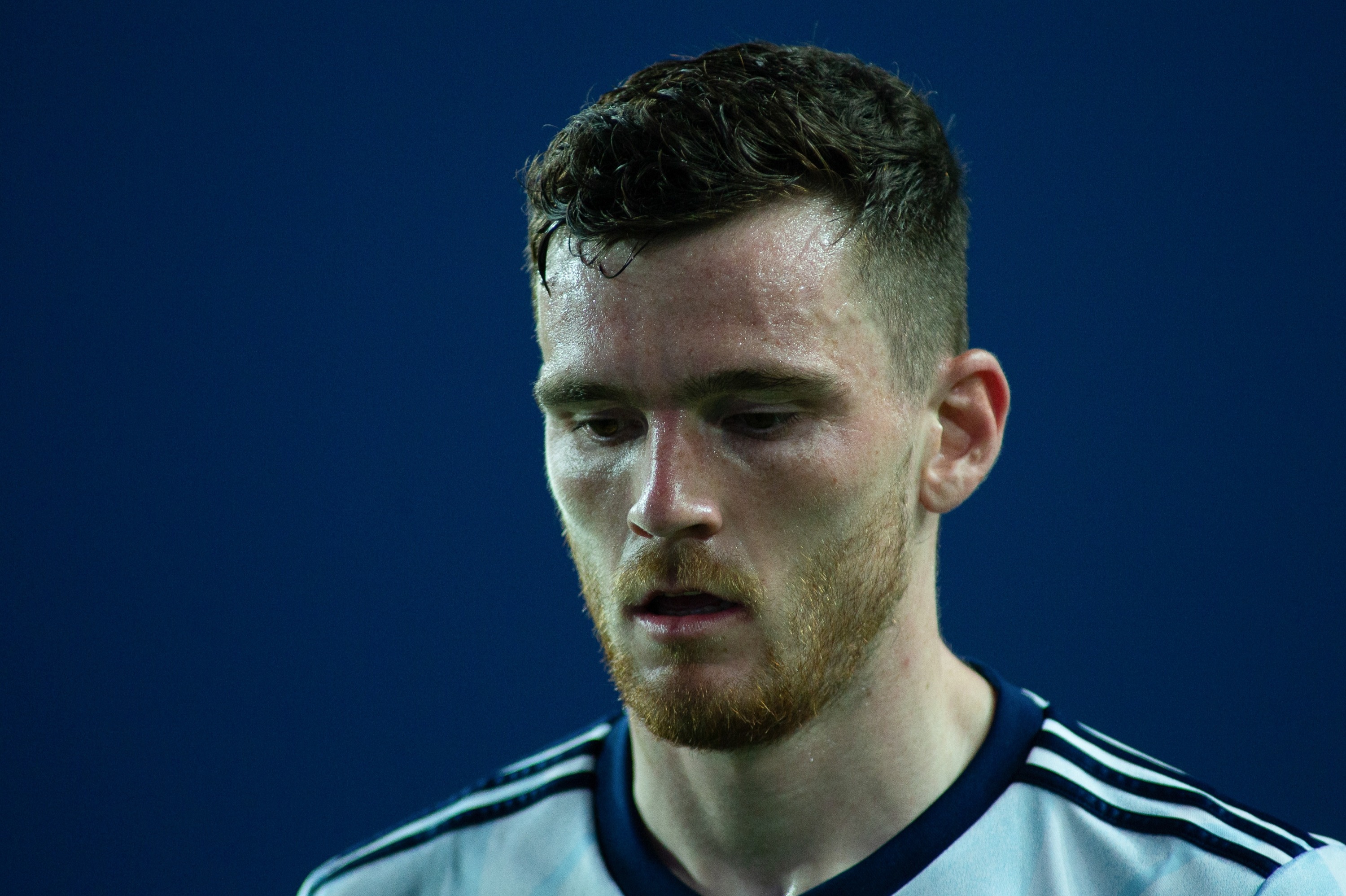 RYAN CHRISTIE: Showed desire and determination in the press which brought about Hendry’s quick-fire opener for the Scots. Guilty of giving the ball away too cheaply, but definitely improved as the match wore on…6.

LYNDON DYKES: Difficult night for the line Scots striker. Got one sniff of the Dutch goal and he probably should have scored. Blasted straight at Tim Krul when he had to keep the ball low. Replaced by Nisbet…6.

KEVIN NISBET: What an impact. The super sub scored with his first touch, just a minute after replacing Dykes. It was a brilliant finish and what a way to score your first international goal….6.

RYAN FRASER: Provided Scotland with a decent out-ball after coming on…4

SCOTT McKENNA: Put himself about..2

GREG TAYLOR: Replaced Andy Robertson and slotted into left-back for the closing 20 minutes…3.

BILLY GILMOUR: Capped a week to remember as he made it on for his Scotland debut..2.