The Red Devils were lacklustre for much of the game as David de Gea put in another man of the match display to brilliantly thwart both Teemu Pukki and Emi Buendia.

Ronaldo’s second half penalty won the game for UnitedCredit: Reuters 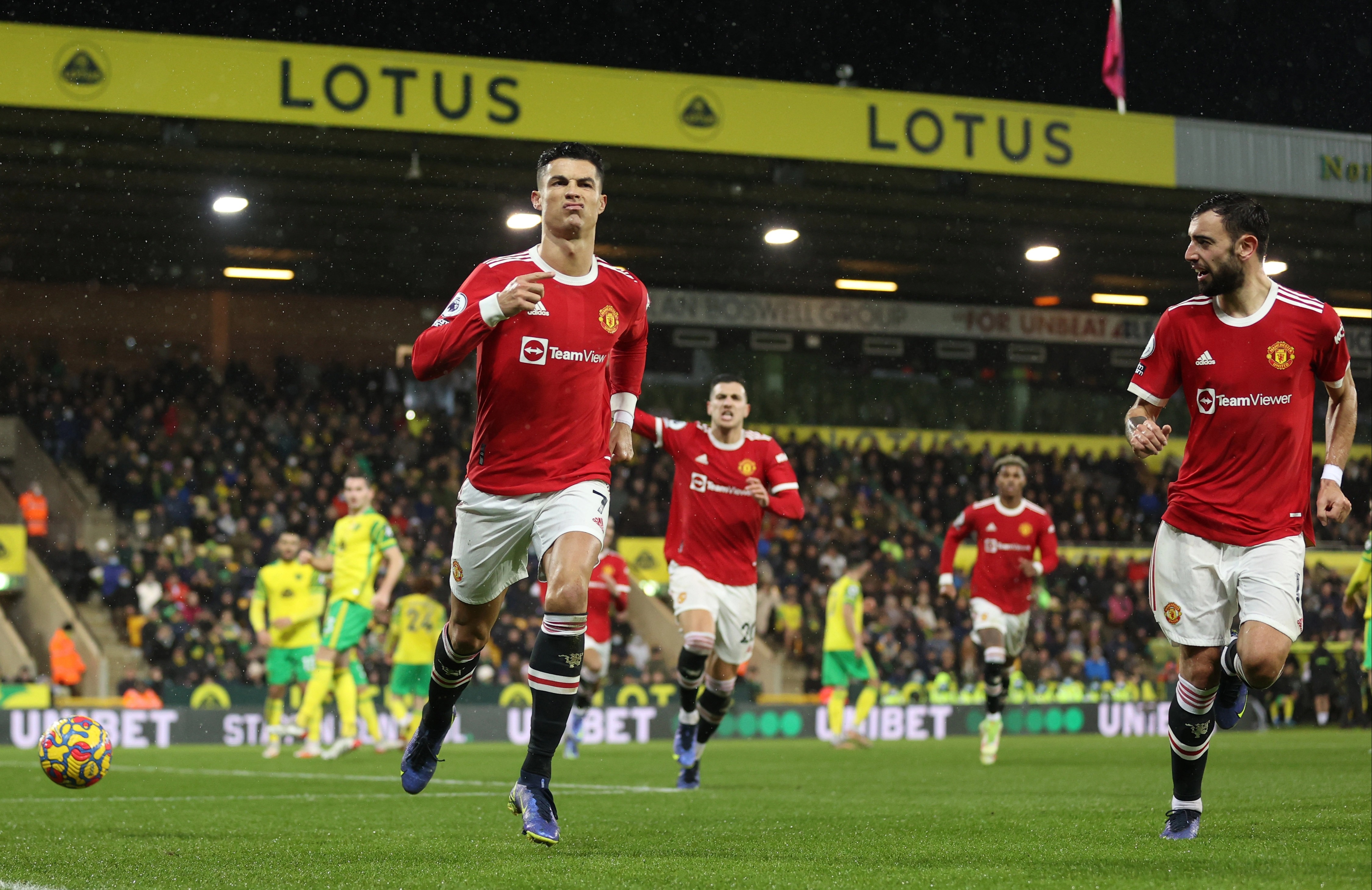 The Portuguese star netted his seventh Premier League goal of the seasonCredit: Getty

But the crucial moment came in the 73rd minute when Ronaldo was hauled down by Canaries defender Max Aarons and the Portuguese sensation made no mistake from the spot.

His main task in the first half was to try and keep warm as Norwich failed to test the Spanish shot-stopper despite receiving a lot of the ball.

Then in the second half he produced a world class save to deny Pukki, flinging himself to his right to tip away a venomous drive.

And Emi Buendia was also denied by De Gea when his downward header was superbly palmed clear of danger.

De Gea then made yet another stop in injury time even though the Norwich player was offside. Saved everything in his path.

How much more would United be struggling without him? A lot, lot more.

Enjoyed the opening 10 minutes and looked as though he was going to be a real threat down the right – but it never materialised.

Was pushed back into his own half by Josh Sargent and Dimitris Giannoulis, limiting his impact on the game.

Had a bit more joy in the second period but his crosses into the box were aimless.

Had a pretty shocking afternoon at the back for Rangnick’s side.

Lindelof seems incredibly slow to react to dangerous situations and cannot deal with a striker being physical towards him.

Was spun by Pukki too easily in the lead up to his effort which De Gea brilliantly saved.

United could not welcome Raphael Varane back sooner. 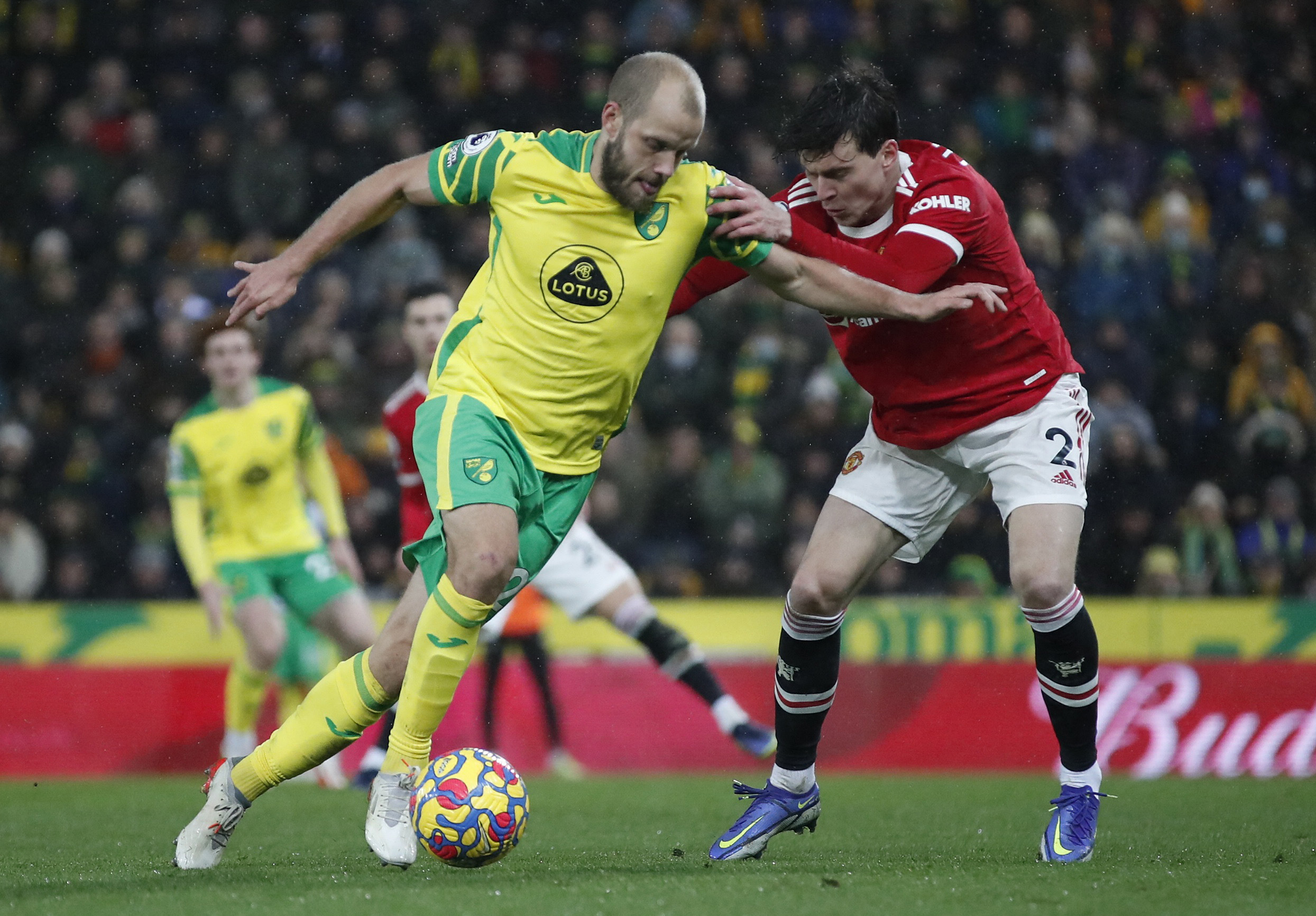 Lindelof could not deal with the strength of Norwich striker PukkiCredit: Reuters

Could have broke the deadlock on the stroke of half-time with a looping header, but for a superb fingertip save from Tim Krul.

Defensively found himself out of position on a number of occasions as he continues to appear a yard or two off the pace.

Went desperately close to giving United the lead in the first half with a deflected free-kick which clipped the crossbar.

Offered an outlet going forward but looked exposed heading back towards his own goal. Most of Norwich’s joy came down the Man Utd left. 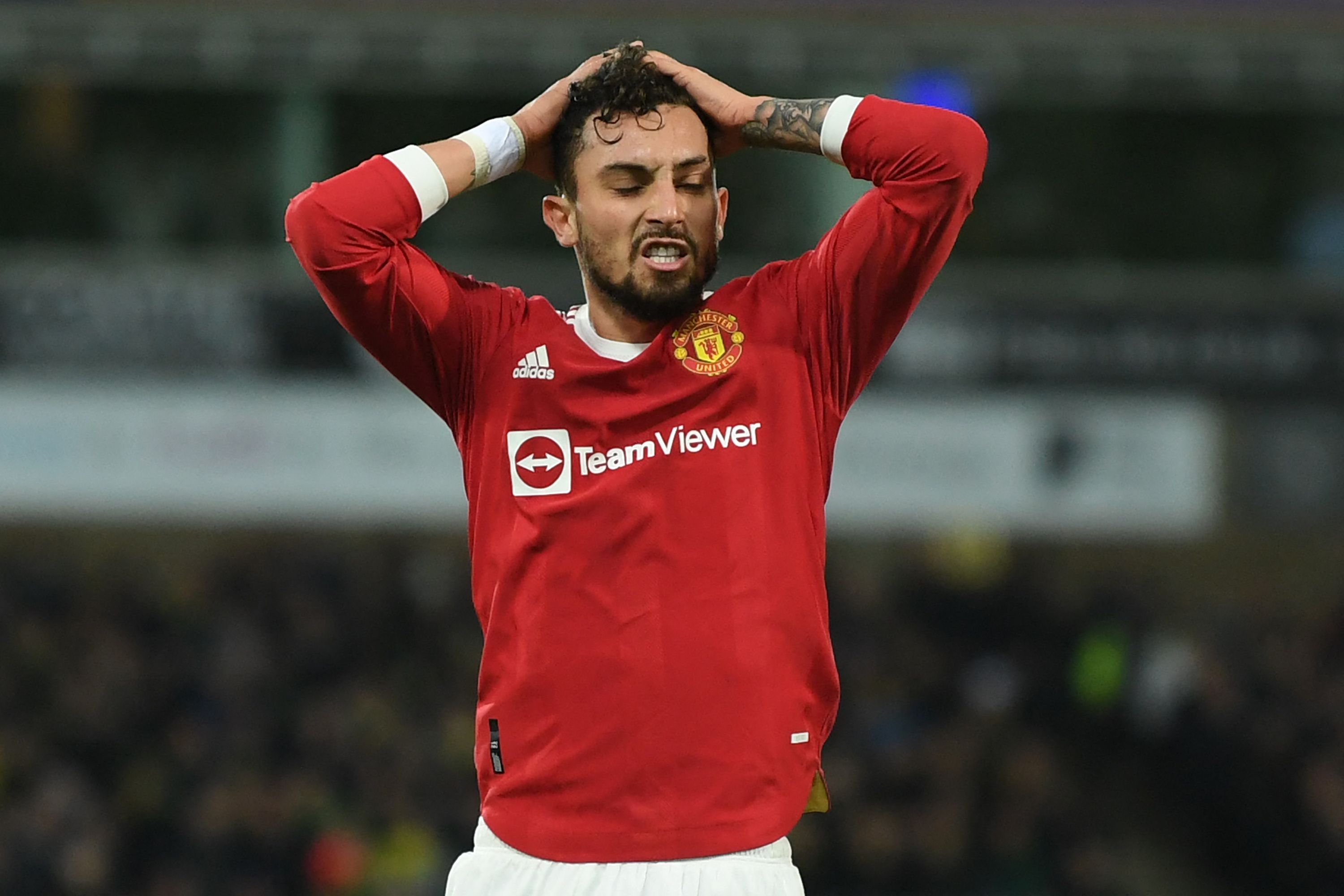 Telles had a difficult game at Carrow Road and may struggle to keep his place over Luke ShawCredit: AFP

Looked well off the pace as Norwich overran him in the middle of the park time and time again.

Lindelof and Maguire were left perilously exposed throughout the first period as the space in front of them – which McTominay and Fred should have been covering – opened up far too often. 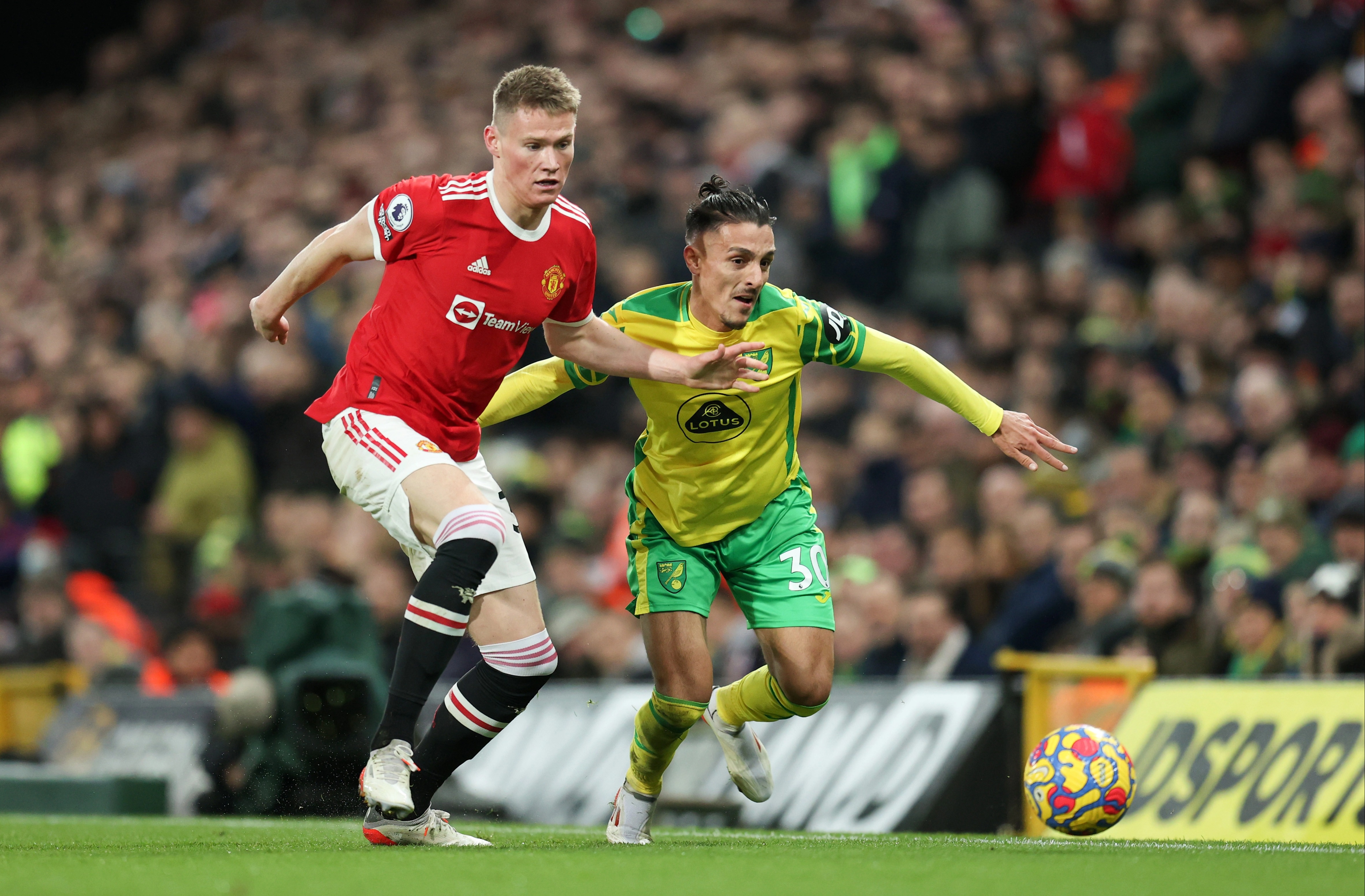 McTominay failed to deal with Norwich’s three in midfieldCredit: Getty

Now looks to be United’s best option in central midfield – constantly nipping at the heels of the Norwich players and winning the ball back to start attacks.

Produced something of a cutting edge in the final third with some confident and assured passing. Was let down by those in front of him and McTominay alongside him.

Linked up with Ronaldo a few times and threatened to deliver the killer pass but it never quite materialised.

Clearly still adjusting to his new position as one of the two behind Ronaldo and Rashford.

You’d be forgiven for not realising he was on the pitch as the game seemed to pass him by.

Sancho sticks out as the one player who clearly does not fit into this system. He is often seen drifting into midfield, meaning he is far too close to his own goal to have any sort of impact in the final third.

Was hooked midway through the second half. Struggling badly.

Missed a good chance in the first half when he waited too long to hit the target and ended up blasting it more or less straight at Krul.

Did very little in the game but then won the penalty and dispatched it with aplomb. Was quiet but still won the match for his team.

Missed a big chance late on but ultimately it was a typical Ronaldo display. 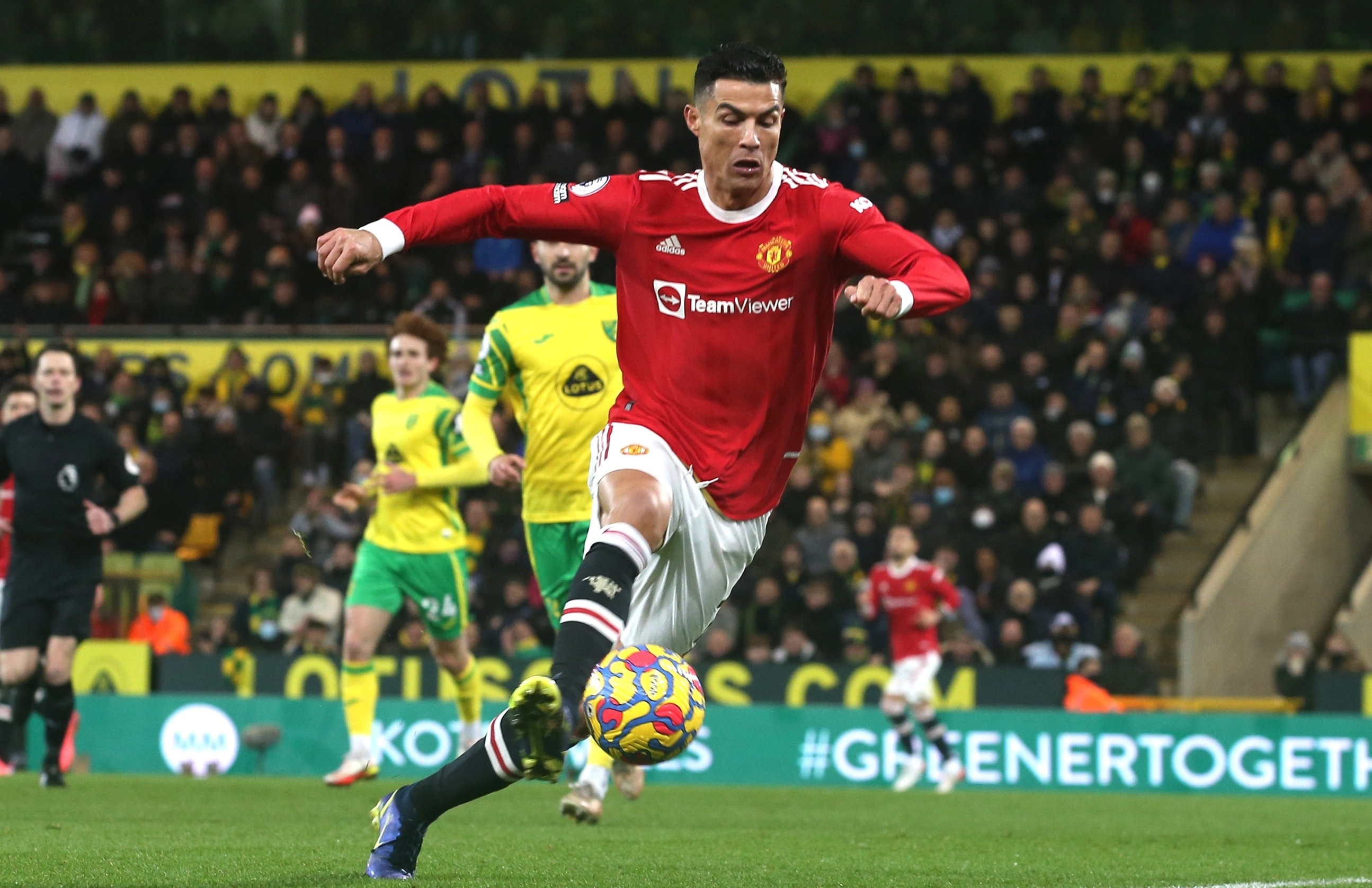 Ronaldo only had one clear sight of goal but could not bury his chanceCredit: Getty

Looked like Man Utd’s best attacking outlet in the first half, using his trickery and pace to cause problems – particularly through cutting in from the left-hand side.

Went close with a low drive which narrowly whistled past the post and set up Ronaldo for what should have been United’s second goal.

Seems to be thriving in a strike partnership with Ronaldo. 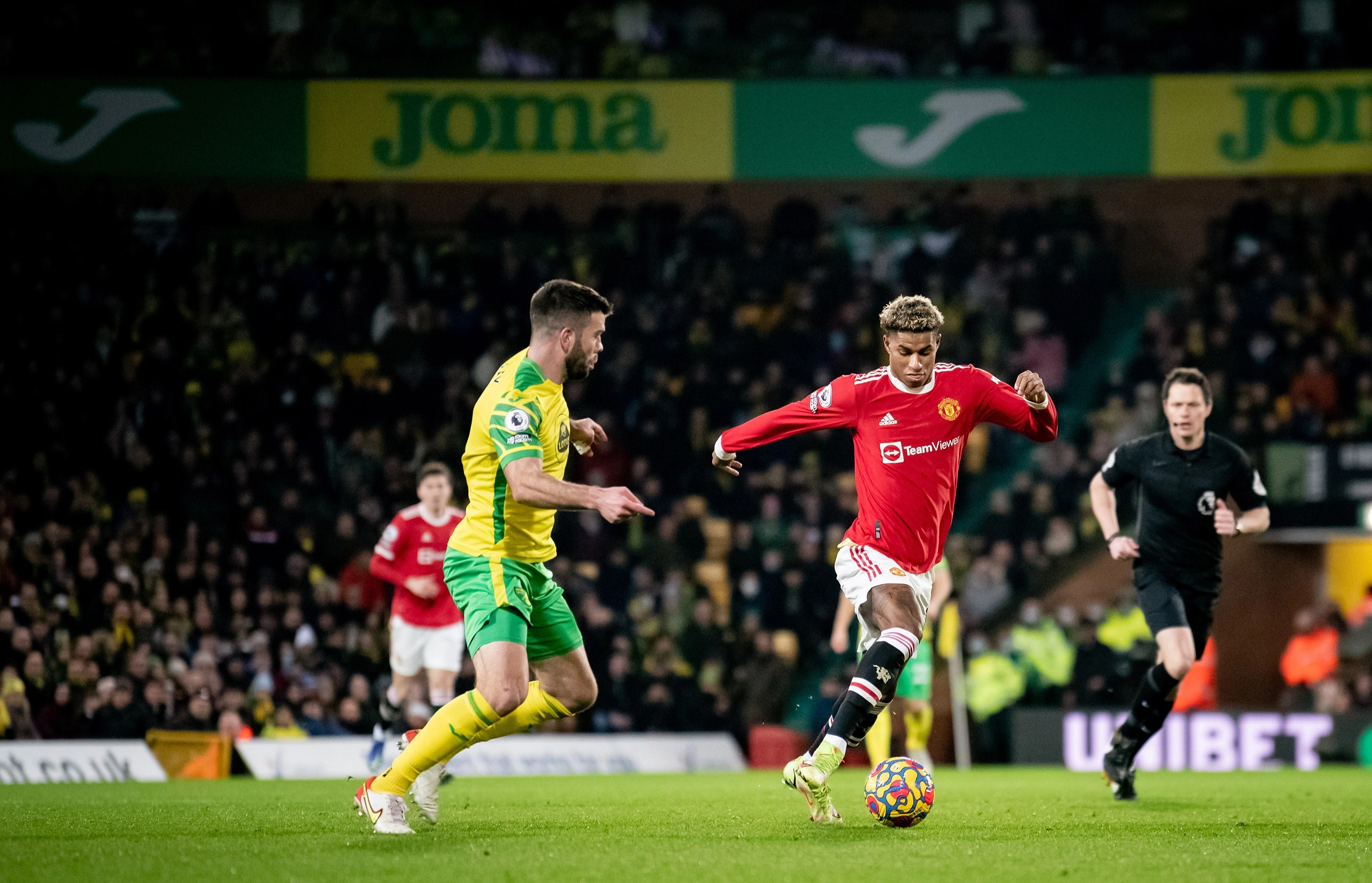 Rashford was the bright spark for United, particularly in the first halfCredit: Getty

Did not make too much of an impact on the game. Was a bit more lively than Sancho – who he replaced.

Did not solidify the United back line at all. Norwich came on stronger when Bailly entered the game.

Had almost no time to show what he could offer. 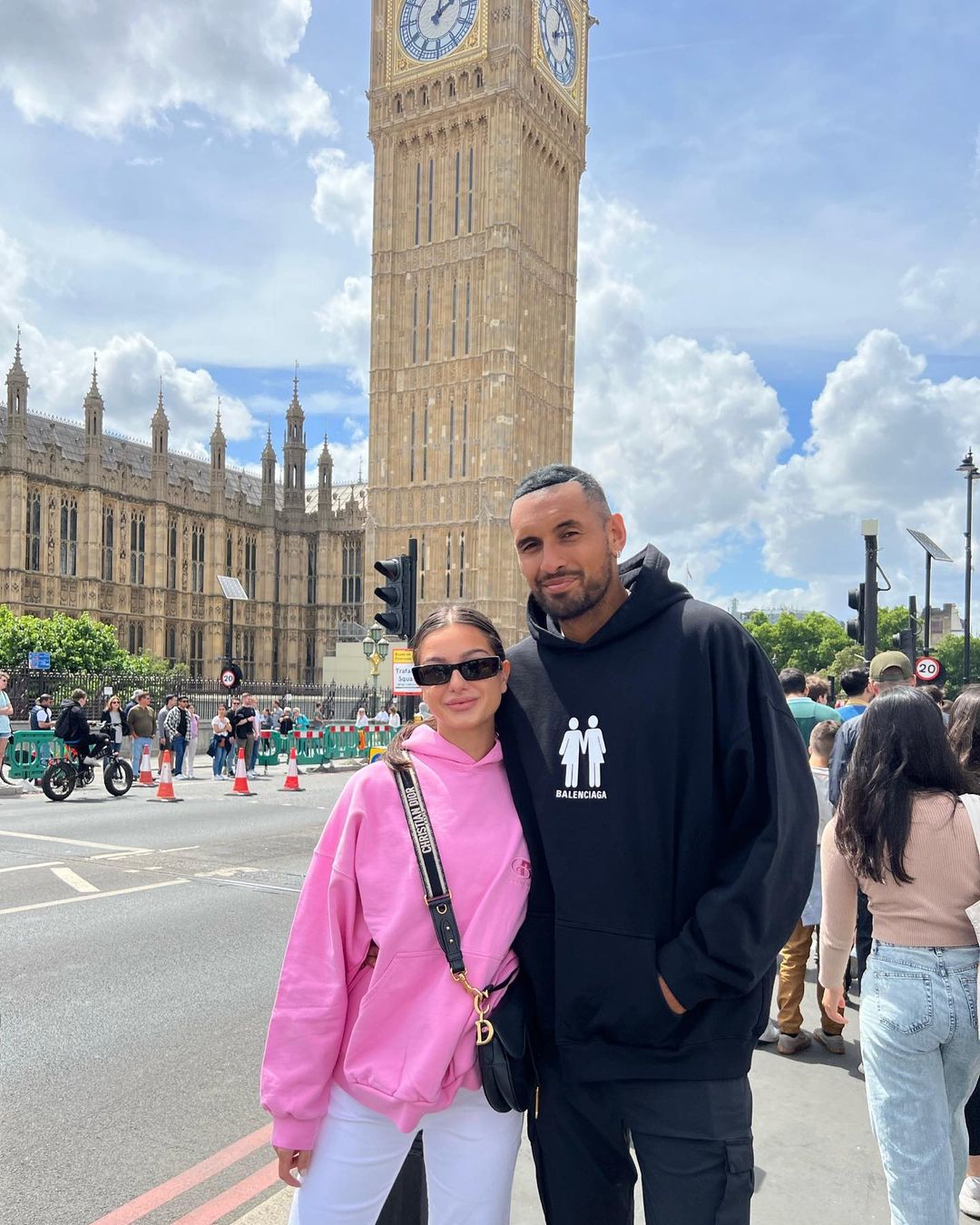