SOMETIMES lockdown really can be a blessing in disguise.

If, like me, you live in the West Ham heartlands but don’t support West Ham, you wouldn’t fancy going to the pub anyway right now. 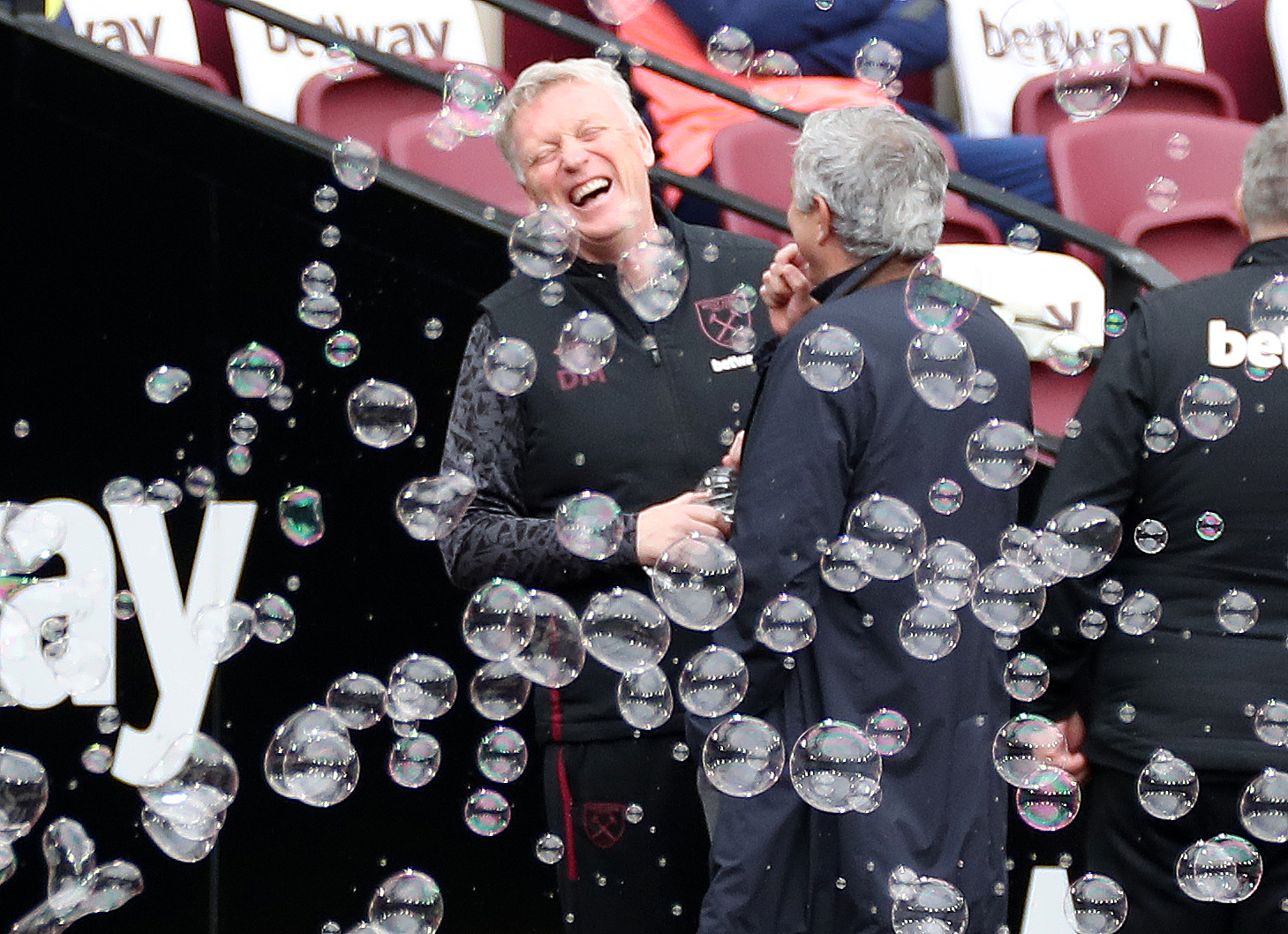 Moyes is working miracles at West Ham – it’s amazing what a bit of peace and quiet can doCredit: Marc Aspland

The Hammers supporters round my way who wear Stone Island clobber and Herbert-chic flat caps would be unbearably smug as they are currently living beyond their wildest dreams.

Those particular ones have got their country out of Europe and are seeing their football team get into Europe — possibly even the Champions League.

And the secret to West Ham’s success? Everyone has just shut the f*** up.

Owners David Gold and David Sullivan have piped down, the fans cannot protest against them and their London Stadium home is no longer a hindrance when every other ground sounds like a library, too.

Meanwhile, David Moyes has simply got on with being the manager we remember from his Everton tenure — recruiting wisely, driving a work ethic and fostering team spirit.

Tomas Soucek and Vladimir Coufal have been masterful signings from Slavia Prague, with Jarrod Bowen and Said Benrahma the sort of cute buys from the Football League which characterised Moyes’ Goodison reign.

Craig Dawson, relegated with Watford and West Brom in his last two Premier League seasons, is a mainstay of a mean defence.

And Jesse Lingard, ignored by the rest of the top flight but a regular in England’s march to the World Cup semi-finals, is thriving. 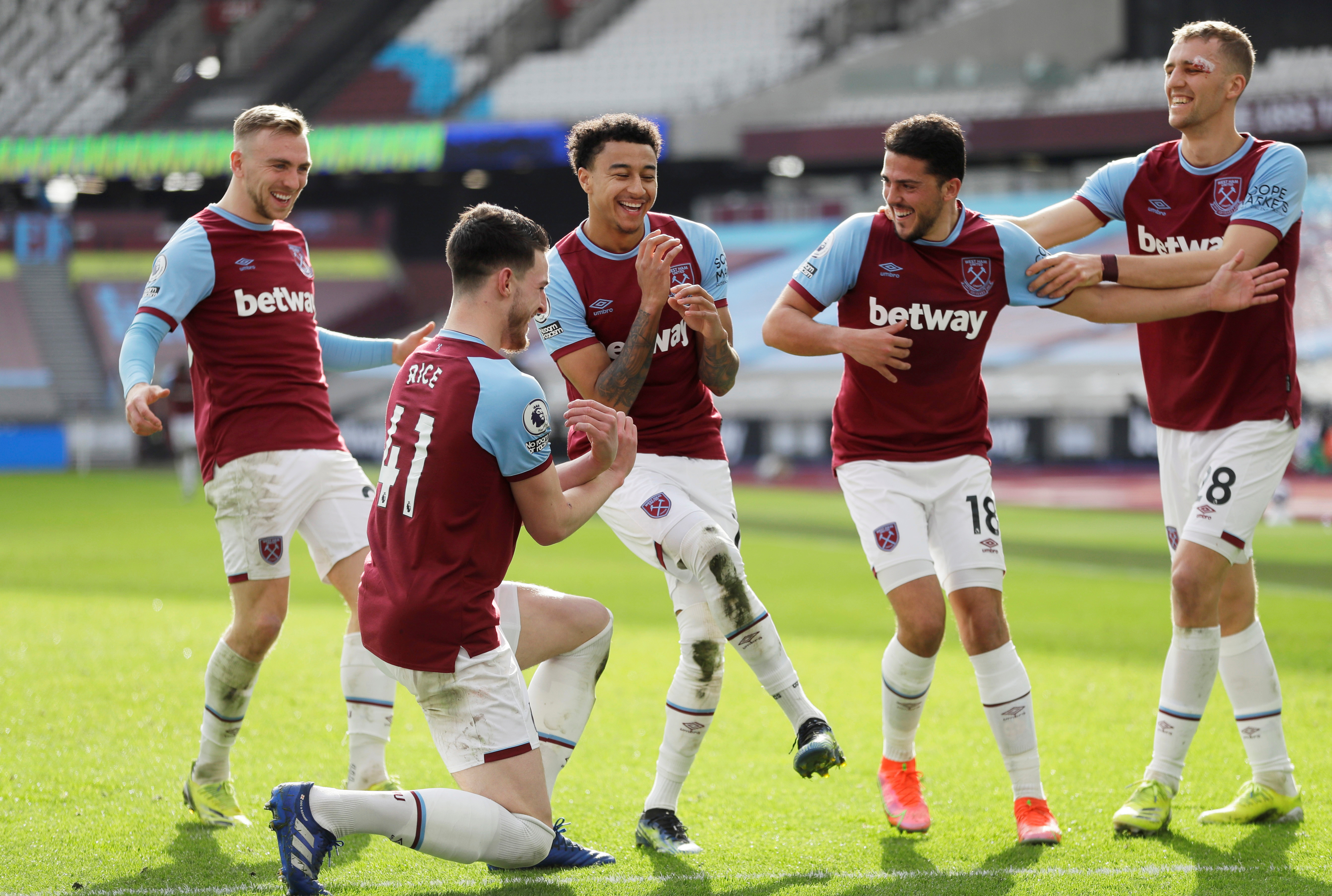 West Ham have been in sparkling form of late and are pushing for a Champions League spotCredit: Reuters

Did Manchester United underestimate Lingard, West Ham or both when they agreed to loan him out?

Because the Hammers are genuine rivals to an Old Trafford team by no means certain of a top-four finish.

Declan Rice is growing in stature as a player and captain, his brilliant late block helping West Ham cling on to victory over Tottenham on Sunday.

Michail Antonio, who’d pranged his car into a garden wall while dressed as a snowman four days before Moyes was reappointed manager, has been outstanding as a makeshift centre-forward.

And West Ham do not even possess a specialist senior No 9 — Sebastien Haller, a folly from Manuel Pellegrini’s lavish reign, has been carted off, along with Felipe Anderson and Jack Wilshere.

Sullivan and Gold messed up when they failed to extend Moyes’ contract after he saved them from the drop on a short-team deal in 2018.

Nineteen months later, they ate humble pie, mash and liquor by reappointing the Scot, after the catatonic Pellegrini had spent £170million and led West Ham into another relegation scrap.

The London Stadium was a circus big top and a civil war zone when Moyes re-entered.

Yet most West Ham fans were underwhelmed when the Scot was appointed on both occasions.

They had grown conditioned to moaning because of a rightful beef about the London Stadium, which is a wretched place to watch football. 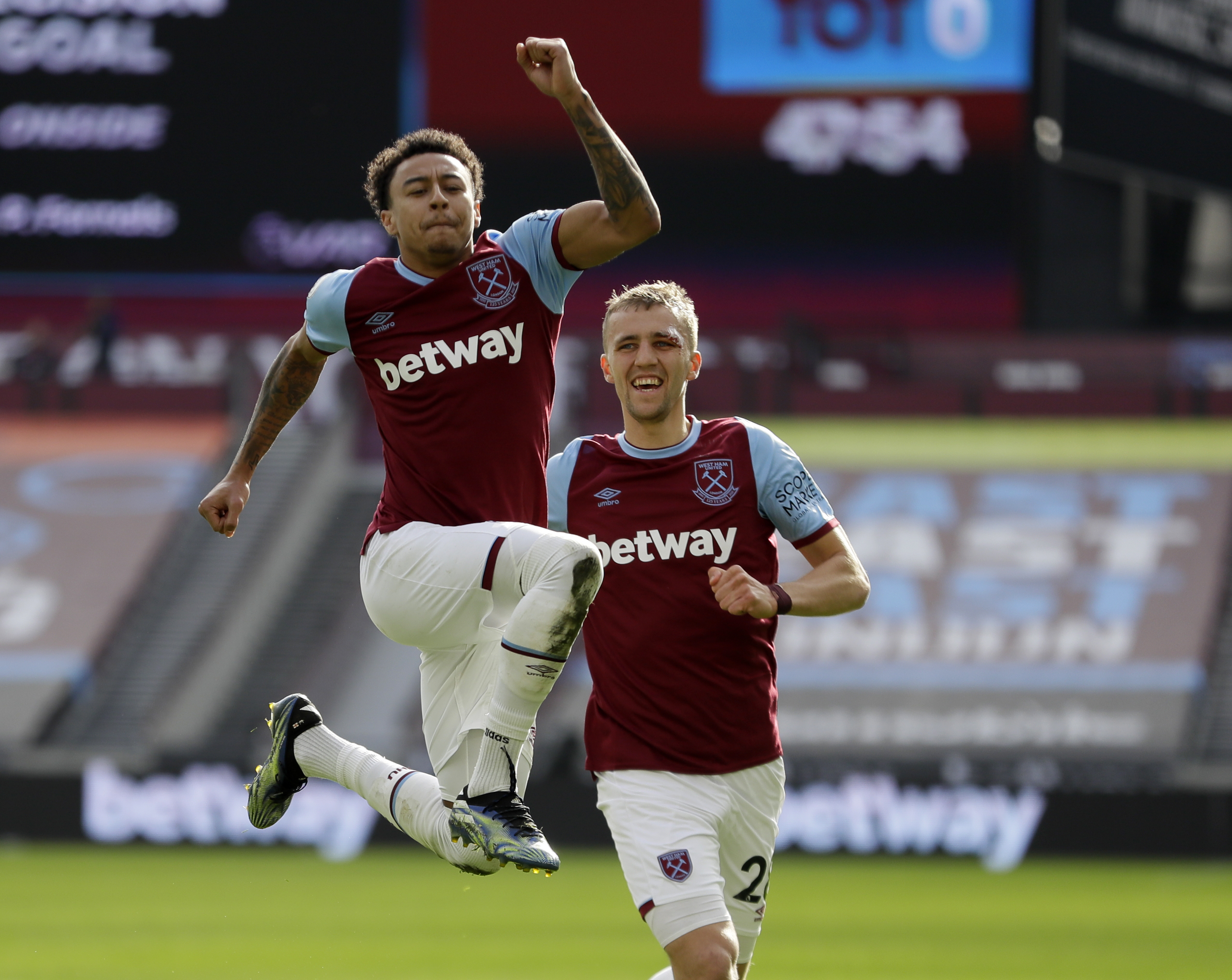 Jesse Lingard and Tomas Soucek have been just two examples of Moyes’ stellar work in the transfer marketCredit: AP:Associated Press

But if they return in August, with their side in Europe, and perhaps even the Champions League, they may learn to lump the place.

And the atmosphere — usually either funereal or thermonuclear before lockdown — will surely improve, because they love their heroes in this neck of the woods.

The ‘Boys of 86’ — the Hammers team which finished third in the top flight 35 years ago — bestride our local scampi-in-a-basket circuit like a modern-day Rat Pack.

In normal times, their legend is plastered across billboards on the A127 Southend Arterial Road, just as Sinatra, Dean Martin and Sammy Davis Jr used to dominate the Vegas skyline.

There is little mention that West Ham finished 16th the previous season, 15th the season after, and were relegated two years after that.

But that freakish campaign remains the only time in West Ham’s history in which they have finished in England’s top four.

So Moyes is achieving something genuinely historic by guiding them into the Champions League places, as London’s leading club.

But West Ham have benefited greatly from a little peace and quiet… something we will never experience around here once the pubs open. 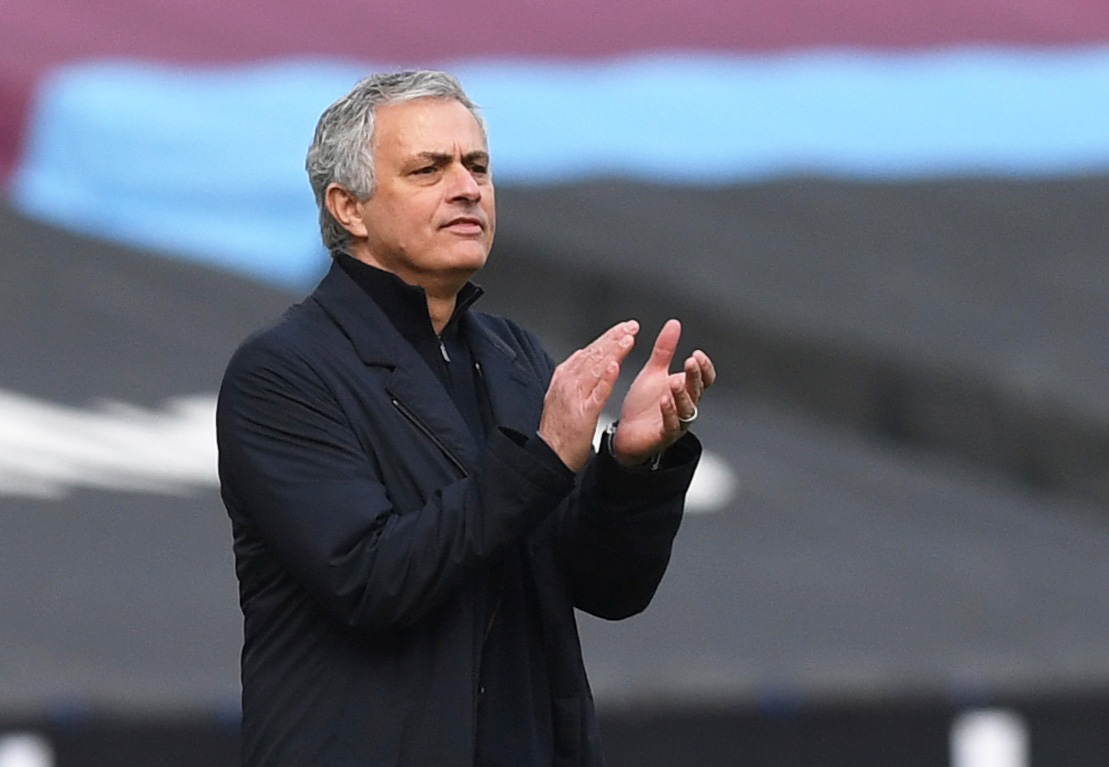 Mourinho believes he’s the best manager in the world – but he can’t get some of the best attackers above ninth in the leagueCredit: Reuters

Because Spurs have one of the planet’s best strikers, Harry Kane, and one of the most lethal partnerships in Premier League history, in Kane and Son Heung-min, as well as Dele Alli, with 121 goal involvements in 238 games.

Mourinho took over a squad in 2019 which reached that year’s Champions League final and has added a four-time winner, the most expensive British footballer in history, Gareth Bale.

He inherited seven semi-finalists from the last World Cup, including the winning captain Hugo Lloris, and has spent £125m.

So if he can’t get Spurs higher than ninth, what hope would they have under anyone else? 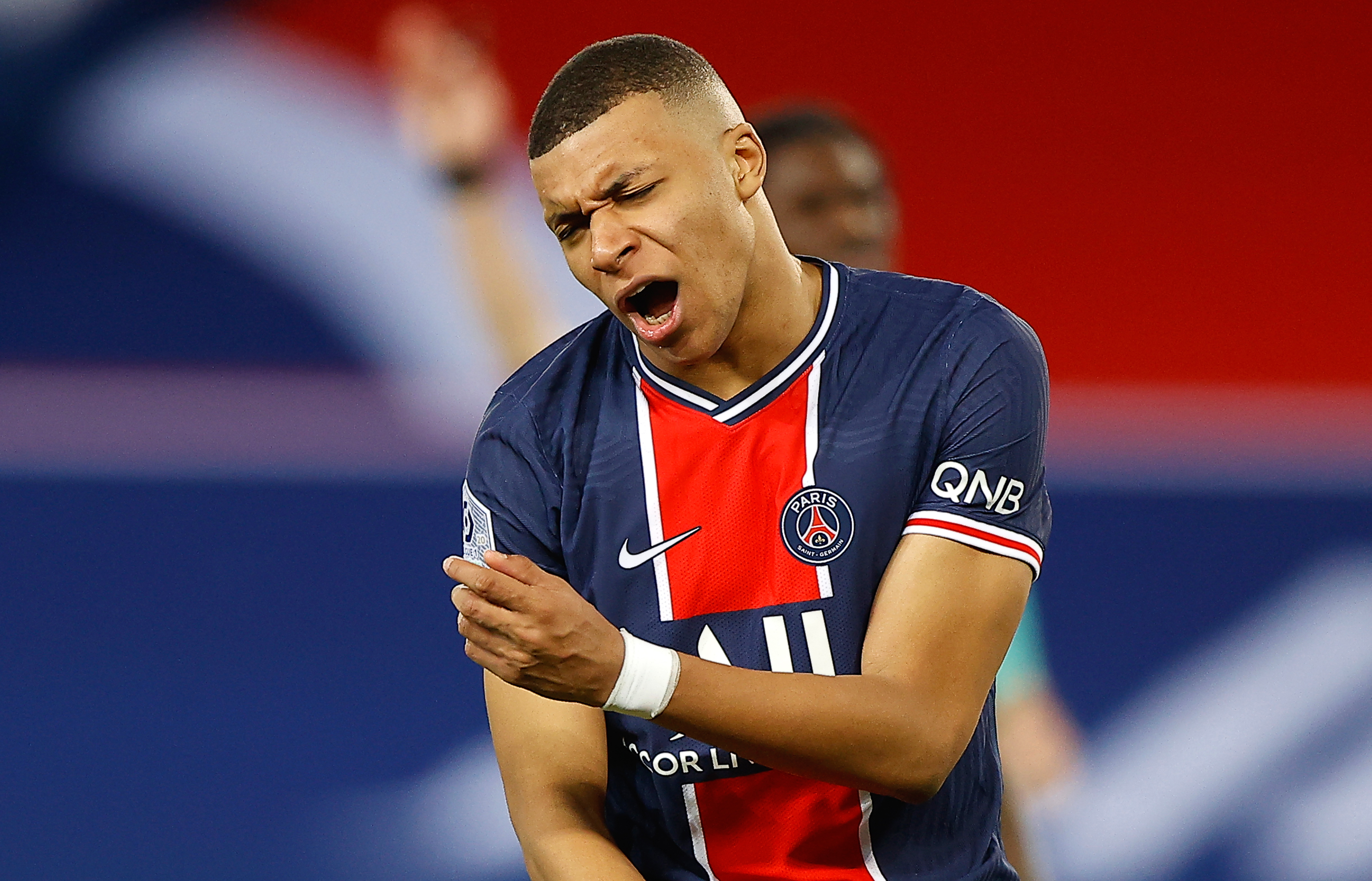 Wenger is still at it telling us about the signings that got away – with this week’s instalment Kylian MbappeCredit: EPA

ALMOST three years after leaving Arsenal, Arsene Wenger is still telling us about the ones that got away.

After Kylian Mbappe’s hat-trick at Barcelona came the revelation that the Paris Saint-Germain striker — just like Lionel Messi and Cristiano Ronaldo — could have signed for Wenger’s Arsenal on a free, if only he’d wanted to. 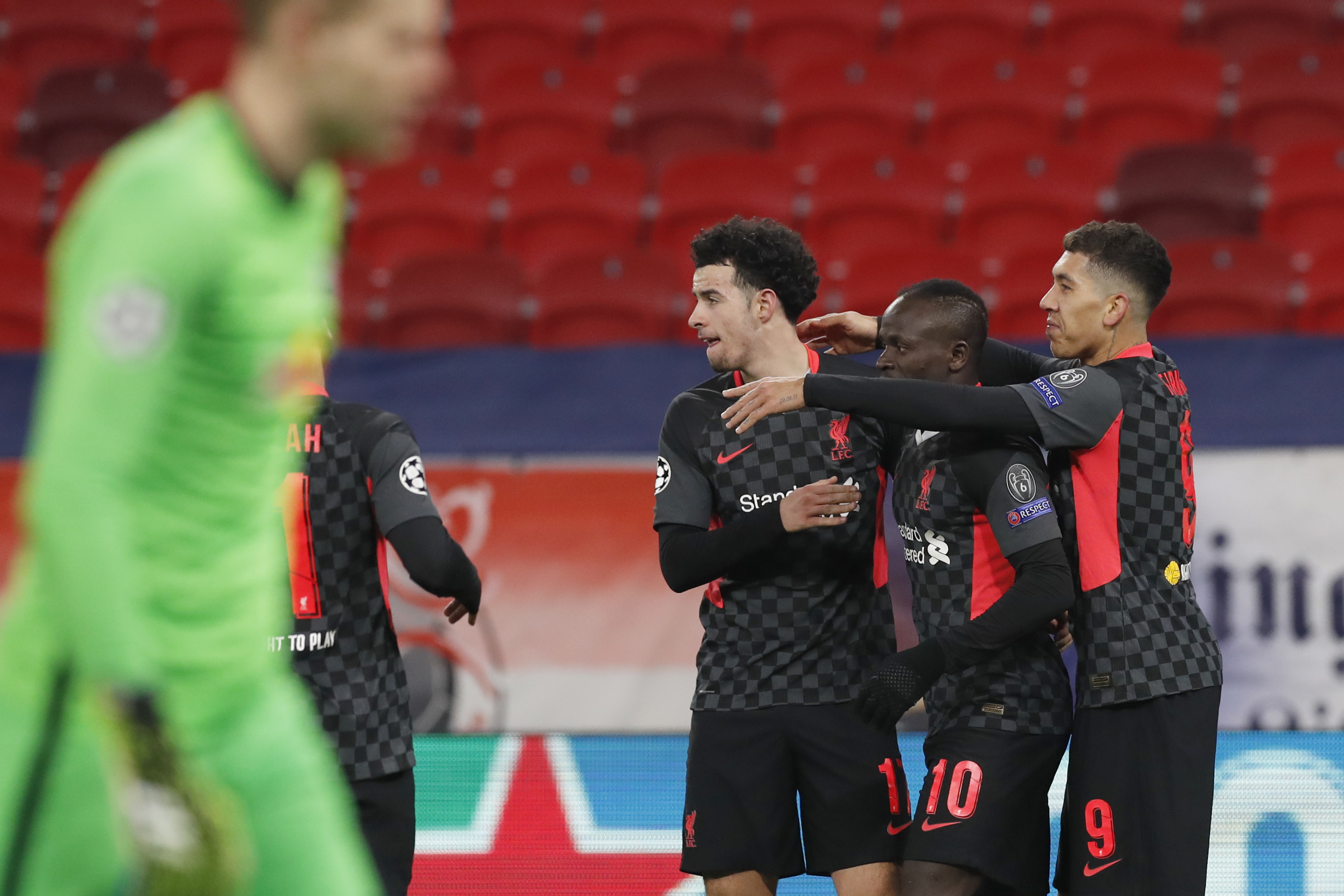 Is the away goals rule really fair when most matches are being played at neutral venues?Credit: AP:Associated Press

THE majority of European fixtures are being played at neutral venues.

And the absence of fans means there is no advantage even when clubs are at home.

So why are Uefa persisting with using the away goals rule?

And surely these stats about one club winning away at another for the first time in decades must have asterisks against them?

Away wins should only really count as ‘away’ wins in the history books when there has actually been a home advantage.

But did they really mean Sean Dyche’s Burnley and Sam Allardyce’s West Brom playing long balls into high winds in a goalless draw? 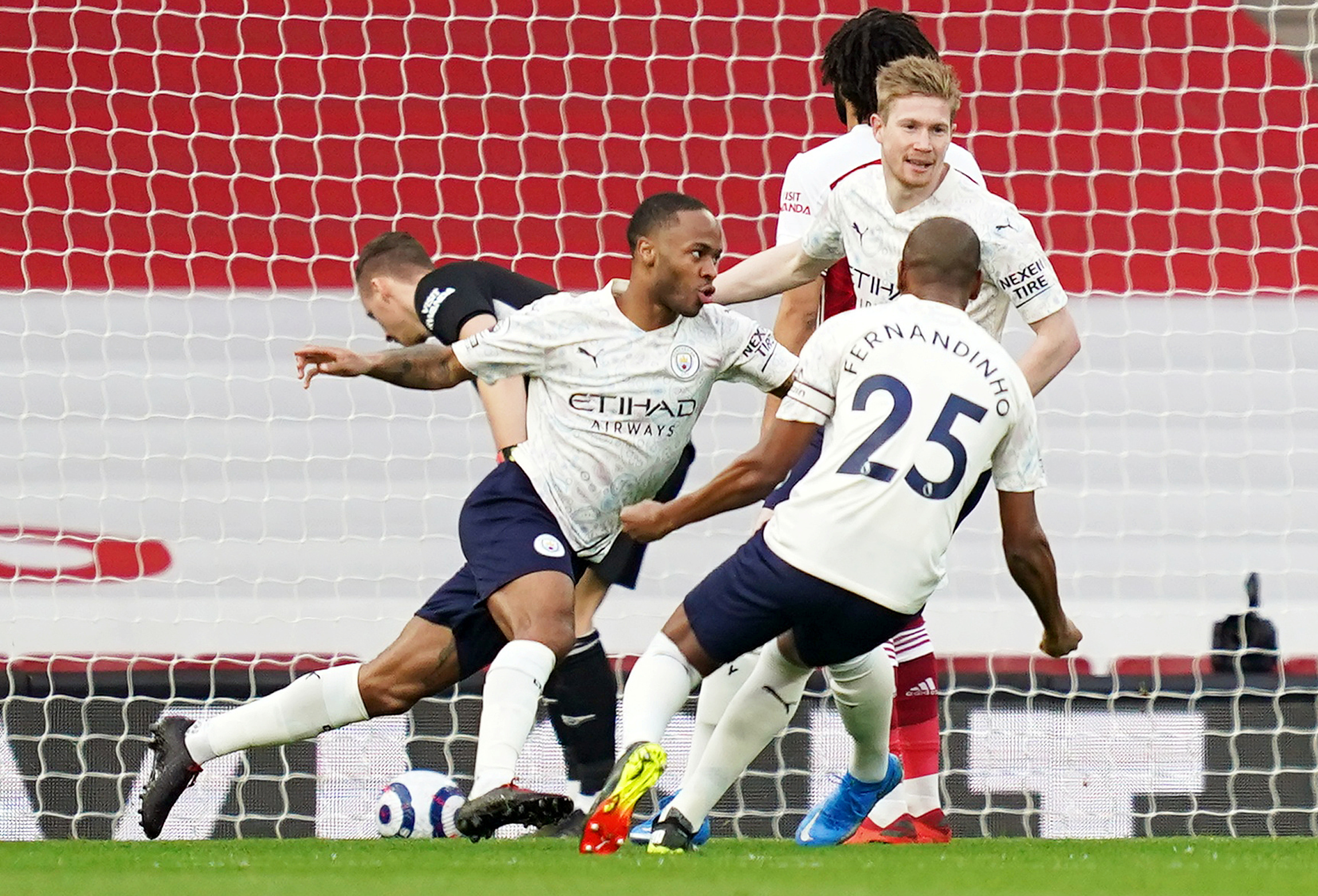 It really is starting to look like 2020-21 could be Man City’s year in the Champions LeagueCredit: Reuters

THE measure of Manchester City’s remarkable consistency during this pandemic is best shown by looking at Europe’s other major leagues.

While City were rattling up their 18th straight win at Arsenal, perennial French champions Paris Saint-Germain were beaten 2-0 at home by Monaco and trail leaders Lille by four points.

Bayern Munich, going for a ninth straight Bundesliga title, were beaten 2-1 by Eintracht Frankfurt and lead RB Leipzig by only two points.

And Juventus, aiming for a tenth straight Italian title, are way off Inter Milan’s pace.

So perhaps City can finally conquer Europe this year?

They will be one of the few teams who don’t have to focus on a true domestic title race.

TONY OUT OF TUNE 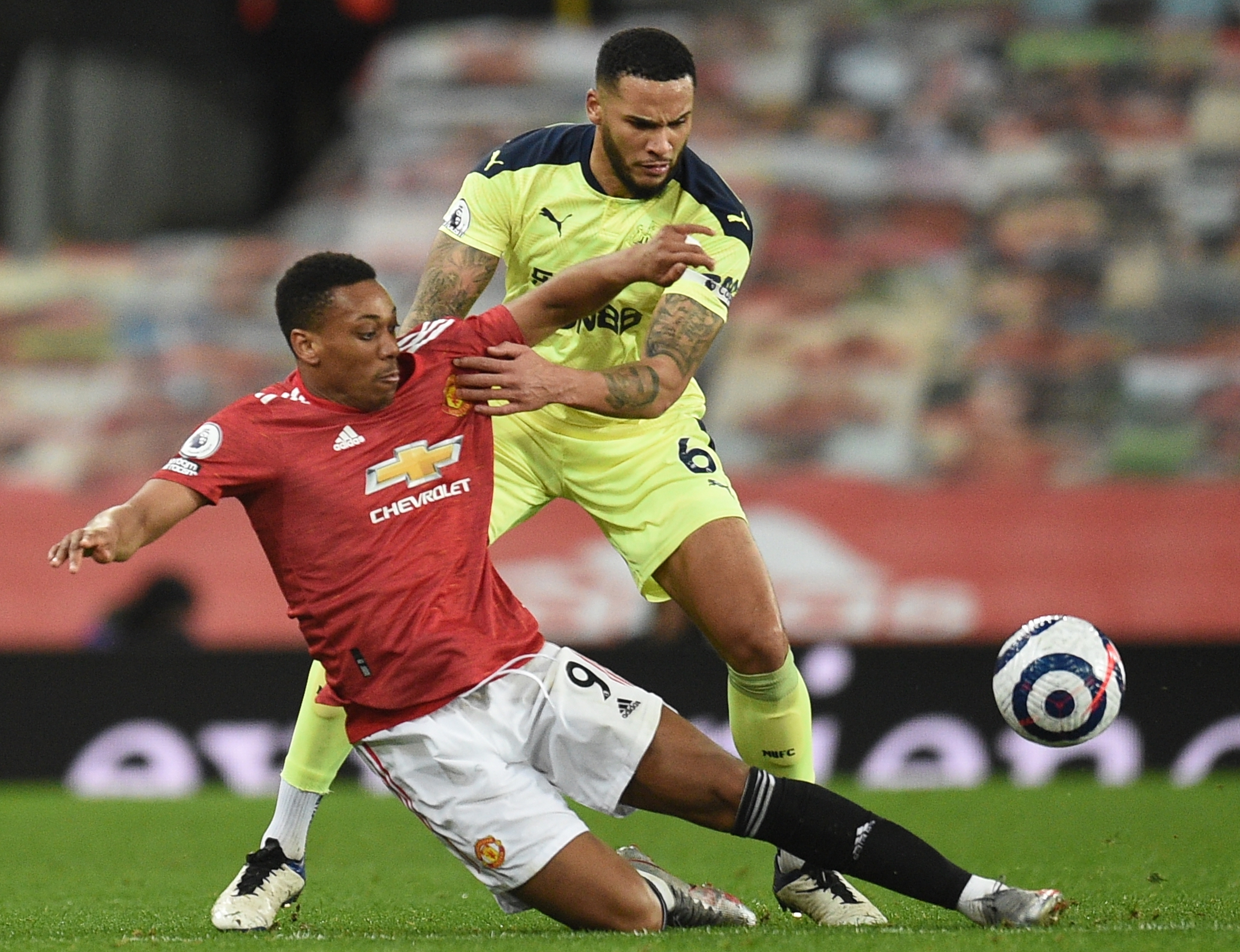 Anthony Martial has scored just four goals this season as a striker at the Premier League’s top-scoring sideCredit: EPA

SUGGESTION for a new song at Man Utd….