DAVID DE GEA returns home this week claiming he feels more like a Manc than a Madrileno.

Not surprising after over a decade at Old Trafford as he prepares to return to his birthplace and the club where it all began – Atletico Madrid.

David de Gea was born in Madrid and started his career with Atletico… but now feels like a MancunianCredit: AFP 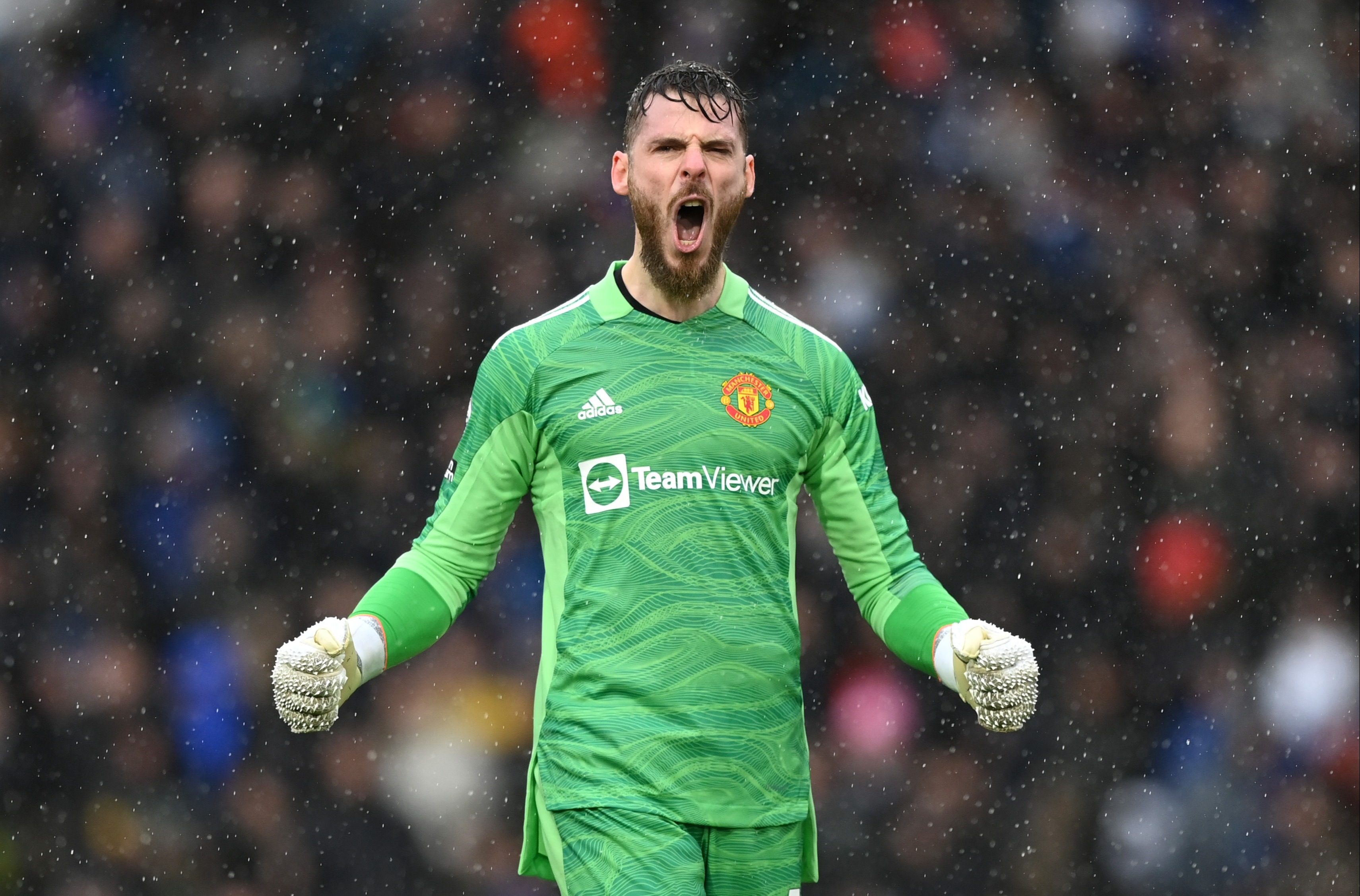 De Gea has expressed his love for Manchester ahead of his return to former club Atletico for United’s Champions League clashCredit: Getty

De Gea says: “I like the fact I was born in Madrid, but at the end of the day, it’s just a city.

“Where you are loved and welcomed is your home.

“I’ve been here for many years and, obviously, anything can happen in life, in the world of football, but honestly I don’t see myself away from Manchester United.”

Still, it will be emotional for United’s No.1 on Wednesday night in this huge Champions League round of 16 first leg encounter.

“But this is just another match. Everyone wants to play well, we want to win, it is a Champions League match.

“Obviously, I wish Atletico all the best, but I don’t know whether the fact we’re playing them is a good or bad omen. Everyone is going there to win, especially me.”

FROM ONE CAULDRON TO ANOTHER

It is fair to say he will get a warmer welcome at the Wanda Metropolitano than he did at Elland Road.

Standing in front of the hostile home fans for that 90 minutes in the swirling rain on Sunday will be something even he will not have experienced in his career as the Red Devils ran out 4-2 winners.

Goodness knows what barbs came his way after Rodrigo’s miss-hit cross sailed over his outstretched arm as Leeds got back in the game.

It was back at the old Vicente Calderon, in Madrid, where it all began for De Gea.

He remembers his quick rise to fame having made his debut as an 18-year-old and the success he enjoyed winning both the Europa League against Roy Hodgson’s Fulham in 2010 and the subsequent European Super Cup over Inter Milan.

It was an injury to then number one Roberto and the arrival of Quique Sanchez Flores as coach that saw him get his chance and he did not let go of the gloves despite being a teenager.

He said: “I have always believed in myself, I used to train a lot and just tried to prove: ‘I am here, I may be young but I’m good enough’.

“I tried to do my best, and then, it was fortunate for me but unfortunate for Roberto that he got injured and I got the chance to prove that I was good enough.

“When Quique arrived, the team changed. We won game after game, and there was a moment when Asenjo and I were both available and he chose me. I played nearly every game.

“We lost, but at least we made it to the final. And then we won the UEFA Super Cup against that great Inter side.” 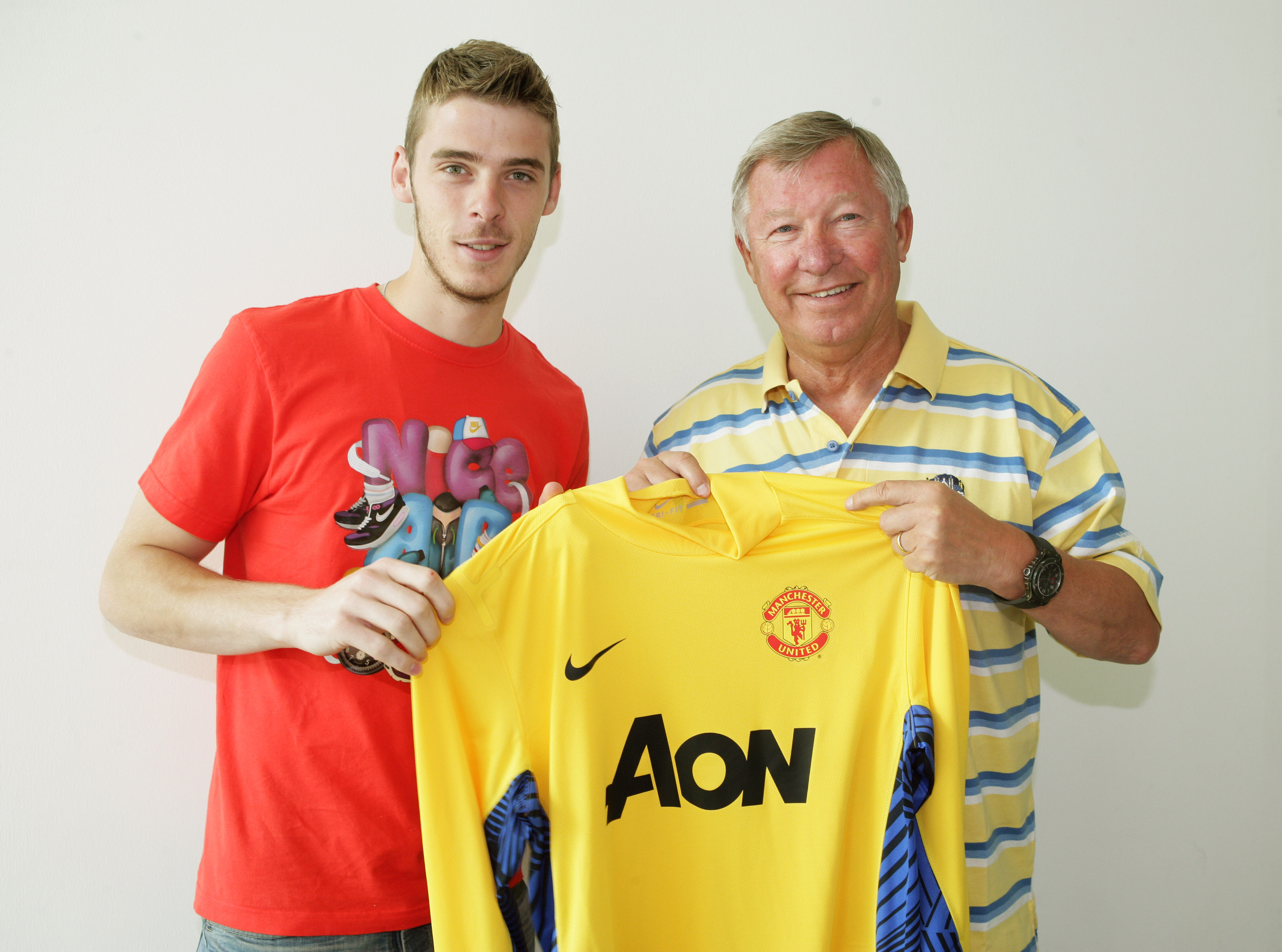 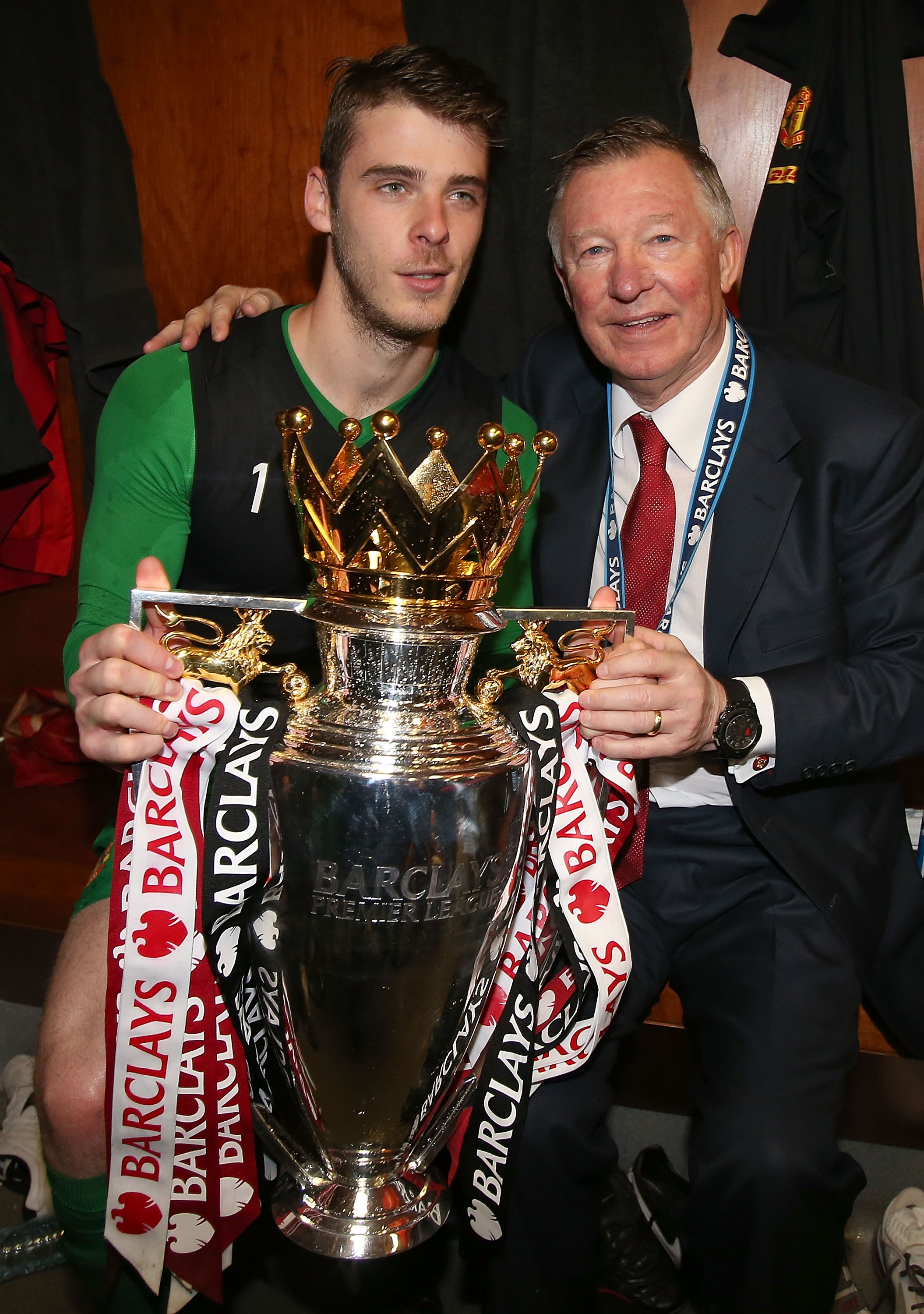 He was on Sir Alex Ferguson’s radar and in June 2011 he paid a then British transfer record for a goalkeeper of £18.9million.

The early days were fraught, his gangly frame and inexperience in the Premier League saw him struggle to come to terms with the physical English game.

But it was a masterly piece of man-management by Sir Alex Ferguson in De Gea’s second season in 2012-13, that gave him the belief that he would make it.

He said: “We were playing at Real Madrid. Ferguson brought me into the press conference in the Bernabeu. He told everyone, the British media, the Spanish media, that I had a special talent.

“I remember what he said exactly. He compared me to a toddler taking their first steps forward. You wobble, get up, wobble, get up again and then you walk.

“Ferguson sat next to me and told the world how much he believed in me. I felt emboldened.”

He has now played 473 times for the club, 163 of them clean sheets, with only Alex Stepney having appeared more times between the sticks for United.

As recently as last season he lost his place for a time to Dean Henderson.

It was a season that ended with De Gea missing the decisive last penalty in the final shoot-out against Villarreal.

He looked a distraught figure then.

Ole Solskjaer had planned to start with Henderson before the ‘keeper got Covid.

De Gea was in and after working hard all last summer he has been at his brilliant best this season.

He became the first player to win the club’s player of the month award three times running when he picked it up again last month.

He said: “I feel maybe in one of the best shapes of my career. I feel very well. Maybe some people think I’m older because I’ve been in the game for many, many years but I am still young for a goalkeeper.

“I’m still learning every day, giving 100 percent in training, so like I say, hopefully there are more years and more games to come.”

I’ve been here for many years and, obviously, anything can happen in life, in the world of football, but honestly I don’t see myself away from Manchester United.

He has plenty of individual honours. The problem is it is just one title medal, to go with an FA Cup gong from 2015-16 and League Cup winners medal from 2016-17.

He has a Europa League medal from that season too but Jose Mourinho stuck with Sergio Romero for the final.

It is not much of a haul for a player with such longevity at such a big club.

De Gea knows that but for a glitch in a fax machine on transfer deadline day in 2015 he would have more honors to his name.

His proposed move to Real Madrid collapsed when a system error meant the paperwork did not arrive in time.

Since then Real have won three Champions Leagues and two LaLiga titles.

De Gea has never dwelt on that, after all, he’s a Manc, isn’t he.