SO who is Manchester United’s number one then?

That was the question asked by Old Trafford legend Paul Scholes when the team-sheet dropped last night. 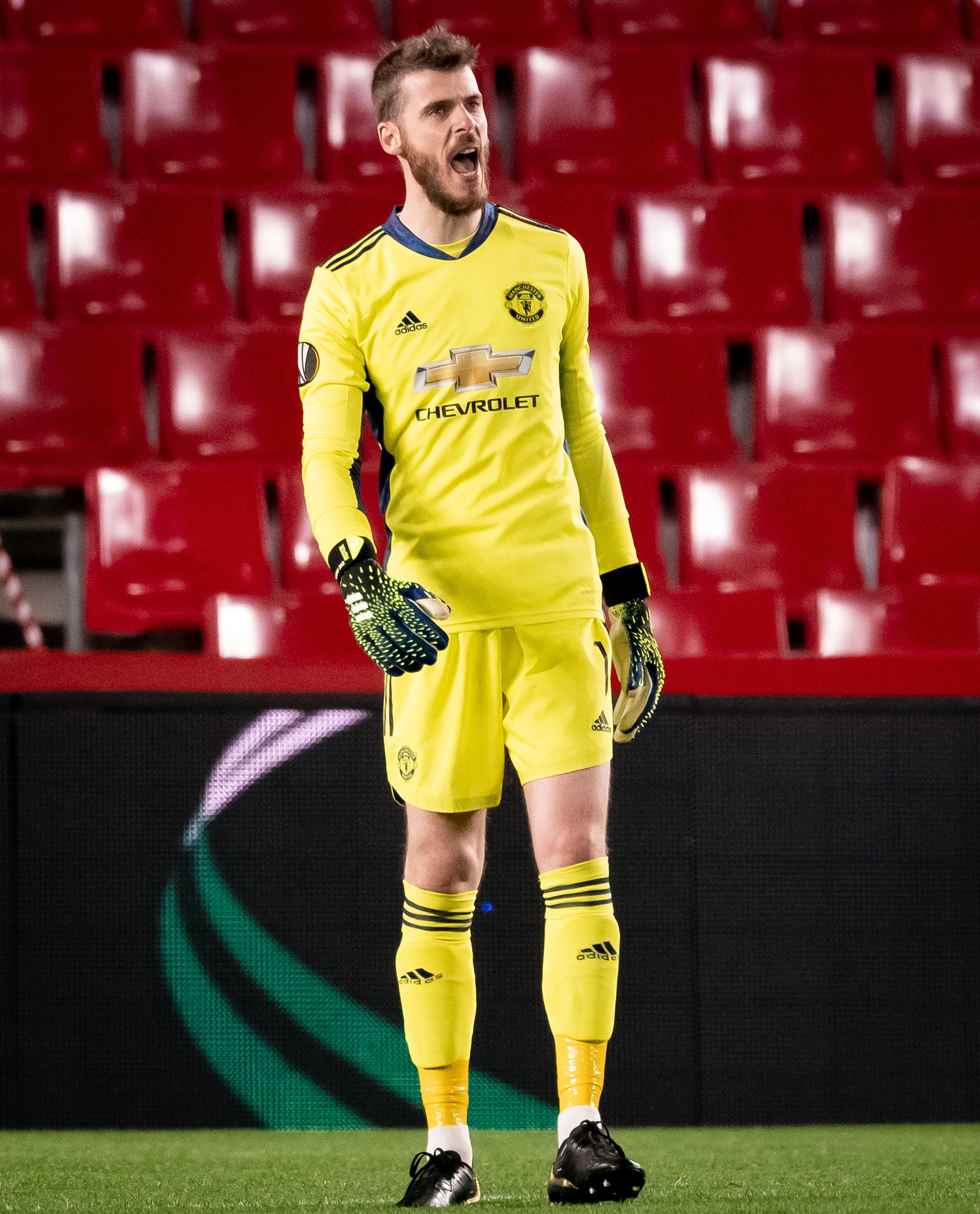 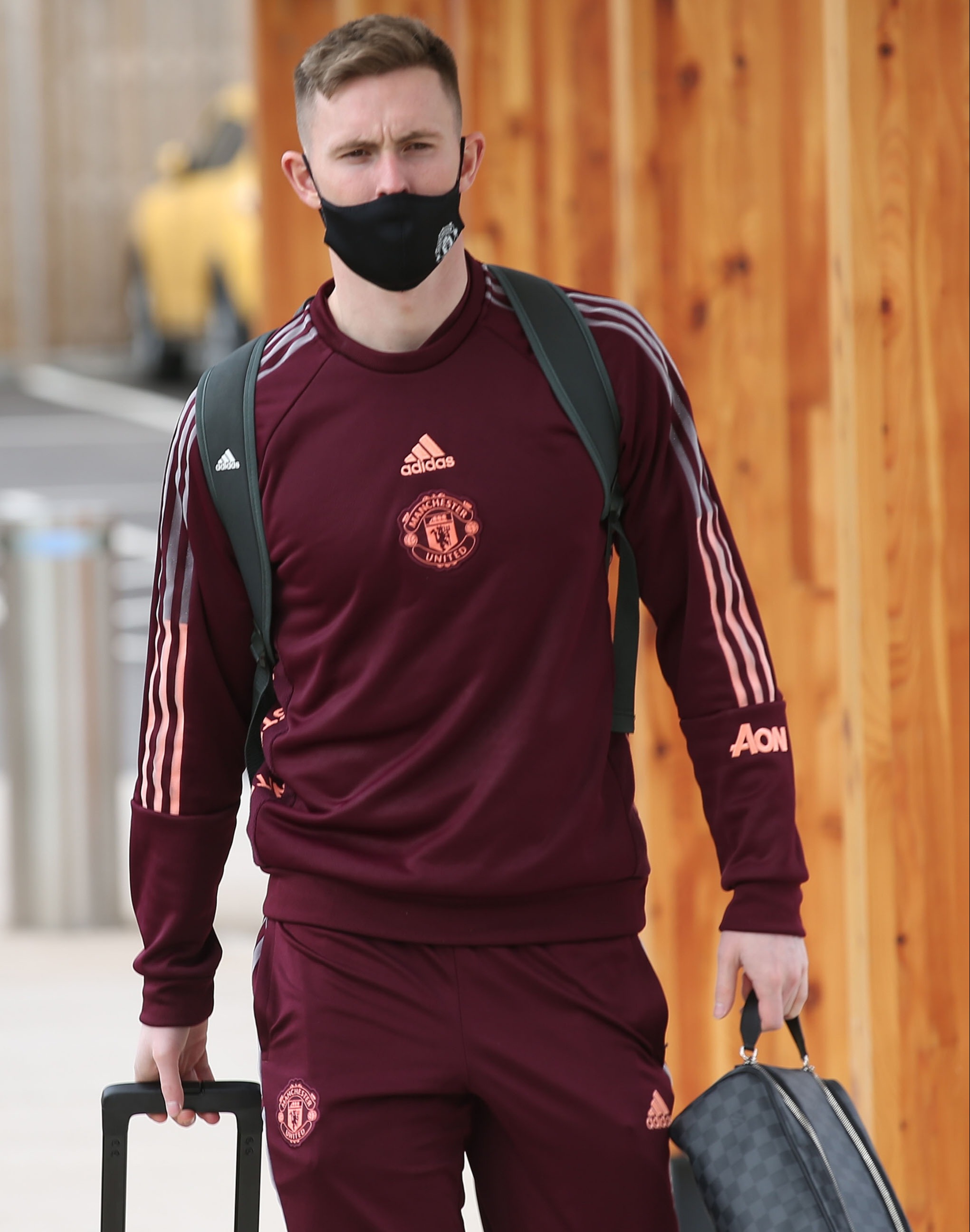 But with Dean Henderson on the bench it is still unclear who is United’s No 1Credit: Getty

And it would have been echoed by thousands of Red Devils fans around the world.

Most importantly, does Ole Gunnar Solskjaer know for sure who he wants in goal for the biggest games?

On Sunday evening, it looked as though Dean Henderson’s long wait to be first choice with his boyhood club was finally over.

Having played the last six matches before the international break, he then got the nod against Brighton.

And normally the goalie who plays in the Premier League would be viewed as the owner of the shirt.

But four days later, when the team was named for this game in Andalucia, it was David De Gea who got the nod.

Logic would dictate that this is the bigger game in terms of salvaging United’s season.

Barring a dramatic slump, they will finish in the top four to seal a return to the Champions League next season. They will surely end up second or third next month.

And they need a miracle if they are to catch runaway leaders Manchester City, who are 14 points clear at the top.

So the Europa League is United’s one realistic chance of ending their four year wait for a major trophy.

In terms of outfield players, it looked like the strongest available side had been selected by Solskjaer against the unfancied Spaniards.

And – somewhat puzzlingly – De Gea was back in goal.

The United boss says he has two number ones and that he’s going to find matches for each of them.

But his former team-mate Scholes didn’t pull any punches by saying he is ‘clearly wrong’ to think like that.

The ex-England international recalled the six years United spent around the Millennium trying to settle on the right man between the sticks.

“I was in a team that tried to replace Peter Schmeichel for years. It wasn’t until we got Edwin van der Sar, five or six years later, until it seemed to settle down again.”

Solskjaer was in that team too, of course – yet he seems to be making hard work of making the decision.

He put De Gea back in goal in his homeland and starting a game for United for the first time in almost six weeks.

Last month he became a father for the first time and was handed extended leave by his manager to go and make the most of it.

He was given more time off than he needed – or wanted – but Henderson had been told he would get the six games leading up to the international break.

When he got a seventh, on Sunday, it looked like De Gea’s decade as first choice could be over.

Yet some – Scholes included – believe Henderson has not yet done enough to justify his promotion.

‘COULD’VE BEEN MID-TABLE WITHOUT HIM’

It was a gentle way for De Gea to ease himself back into it in the Estadio de Los Carmenes despite the efforts of the spirited hosts.

He was given a scare when on loan Manchester City man Yangel Herrera cracked a shot against the outside of the post.

And he got down well to save as Kenedy – who is still on the books at Chelsea – fired a textbook volley from the edge of the box.

Early in the second half he had to get his positioning spot on to keep out another effort from the Brazilian – but all in all it was a quiet night.

He has not been perfect over the last 12 months but Scholes believes it is too early to dump him on the bench.

The former Oldham boss said: “You have to say, David is a quality keeper, the service he’s given to United, what he did for four or five years when United were really struggling.

“They could’ve been a mid-table team without him, he’s lost a bit of form and a bit of confidence, but I wouldn’t write him off.”