TRAWL historic tweets in a few years’ time and they will say Dan Lawrence batted really well at Edgbaston on June 10, 2021.

Any teenager could tell you that Lawrence rescued England after a collapse against New Zealand in the Second Test.

Nothing offensive required, just words such as encouraging and positive to describe the Essex batsman’s innings.

After Rory Burns and Dom Sibley put on 72 for the first wicket, England slumped to 127-4 when Lawrence came in and later were 175-6.

He finished 67 not out – his third international half-century – and England recovered to 258-7 by the close of day one.

A big change from the duck and horrible shot he played at Lord’s last week.

But Lawrence’s effort should not mask concerns over much of the batting – especially Zak Crawley and James Bracey, who both played terrible shots and were out for ducks

Crawley has scores of 2, 2 and 0 in this series while Bracey’s fledgling Test career has produced two ducks – including a first-baller on Wednesday.

Thankfully, Burns added a fifty to his century in the First Test and Lawrence overcame a skittish start to play with freedom.

The 18,000 spectators – many singing, wearing fancy dress and constructing beer snakes and thrilled to be back at the cricket – had the time of their lives. 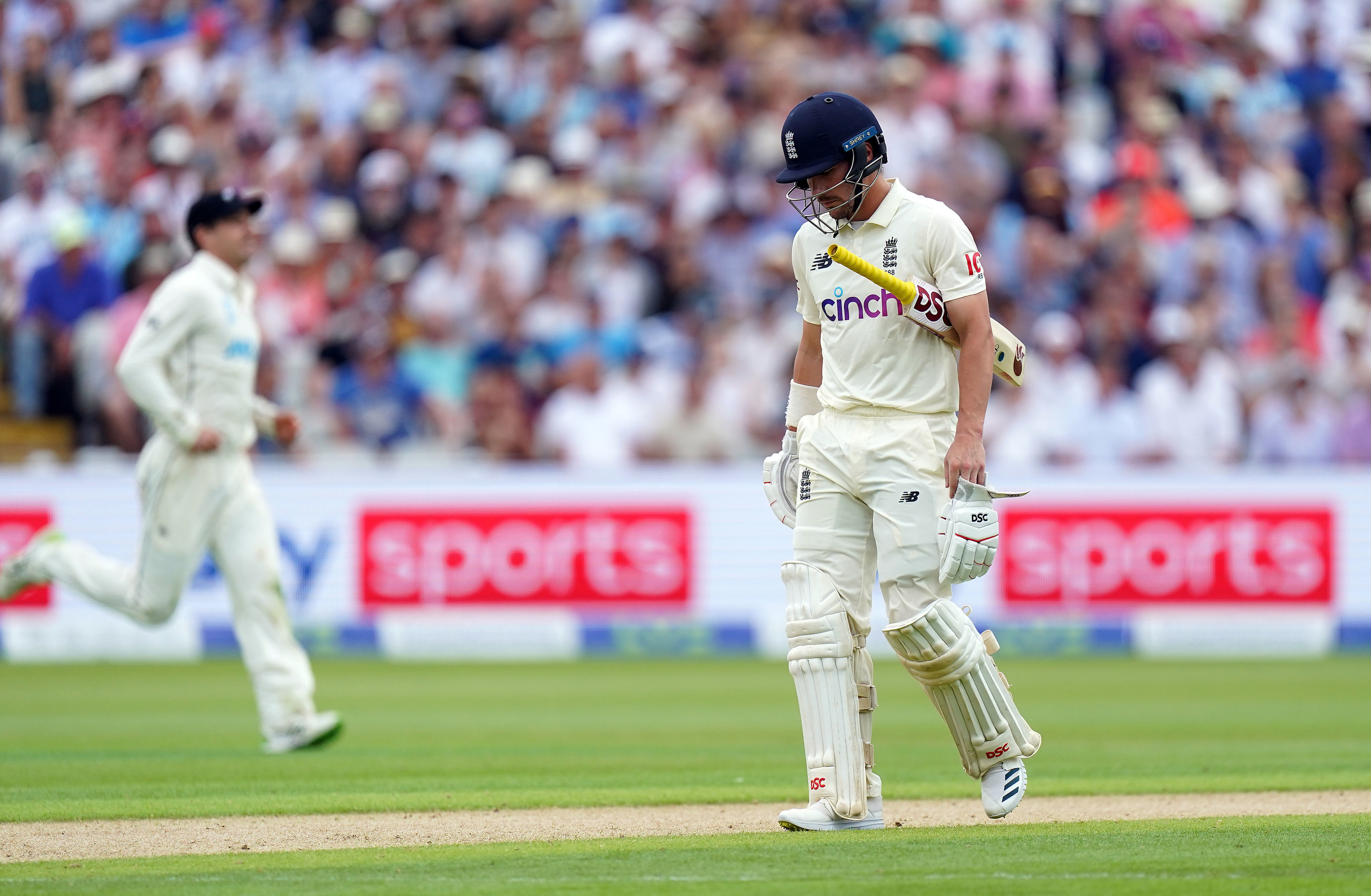 Rory Burns put together a strong 81 before edging outCredit: PA 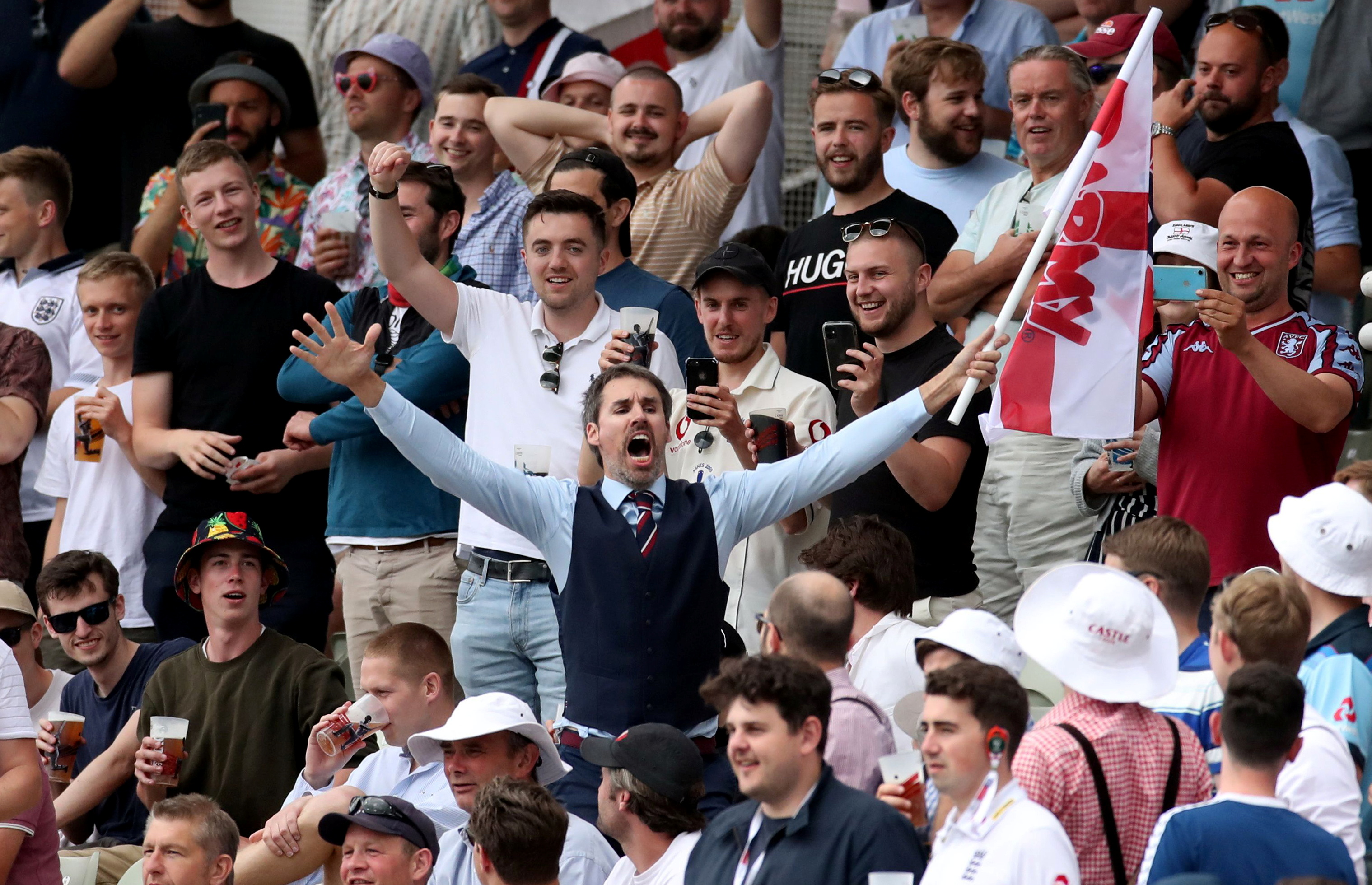 Edgbaston welcomed fans back in their droves for the Second TestCredit: Reuters

Burns said: “Lozza has played beautifully and fluently. He’s really good to watch and some of his shot making on that pitch was terrific.”

With next week’s World Test Championship final against India in mind, New Zealand made six changes from the draw at Lord’s.

England brought in Olly Stone for the suspended Ollie Robinson, meaning a four-pronged pace attack and again no spinner.

Burns and Sibley batted throughout the morning session and eventually put on 72 – England’s highest opening stand for 11 Tests since the same pair compiled 114 against West Indies at Old Trafford.

The big brown stain on the front of Sibley’s sweater – caused when he dived to escape being run out at Lord’s last Sunday – was still visible. Perhaps it was superstition after he made 60 not out then, but let’s hope he had washed the rest of his kit!

Sibley edged one he could have left, Crawley was tentative with no footwork and Joe Root nicked off.

Ollie Pope looks so assured for Surrey but is frenetic for England. He edged trying to cut a wide long hop from left-arm spinner Ajaz Patel – a soft dismissal.

Pope has now scored between 12 and 34 in eleven of his last 12 innings. He made one in the other. If you get starts, you must make some of them count.

Burns played well and reached 81 but then attempted an ambitious drive against Trent Boult and edged to second slip, where stand-in skipper Tom Latham held a catch plunging to his right.

Boult was on a hat-trick when, from the first ball of his next over, Bracey aimed to drive and edged. Bracey stood for several seconds, head bowed in disbelief and fury, before departing. Unforgiving this Test cricket.

England were 175-6 and in danger of tossing away their good start but Lawrence found capable allies in Stone and Mark Wood.