Sheffield United inflicted a shock 2-1 defeat on the Red Devils on Wednesday night. 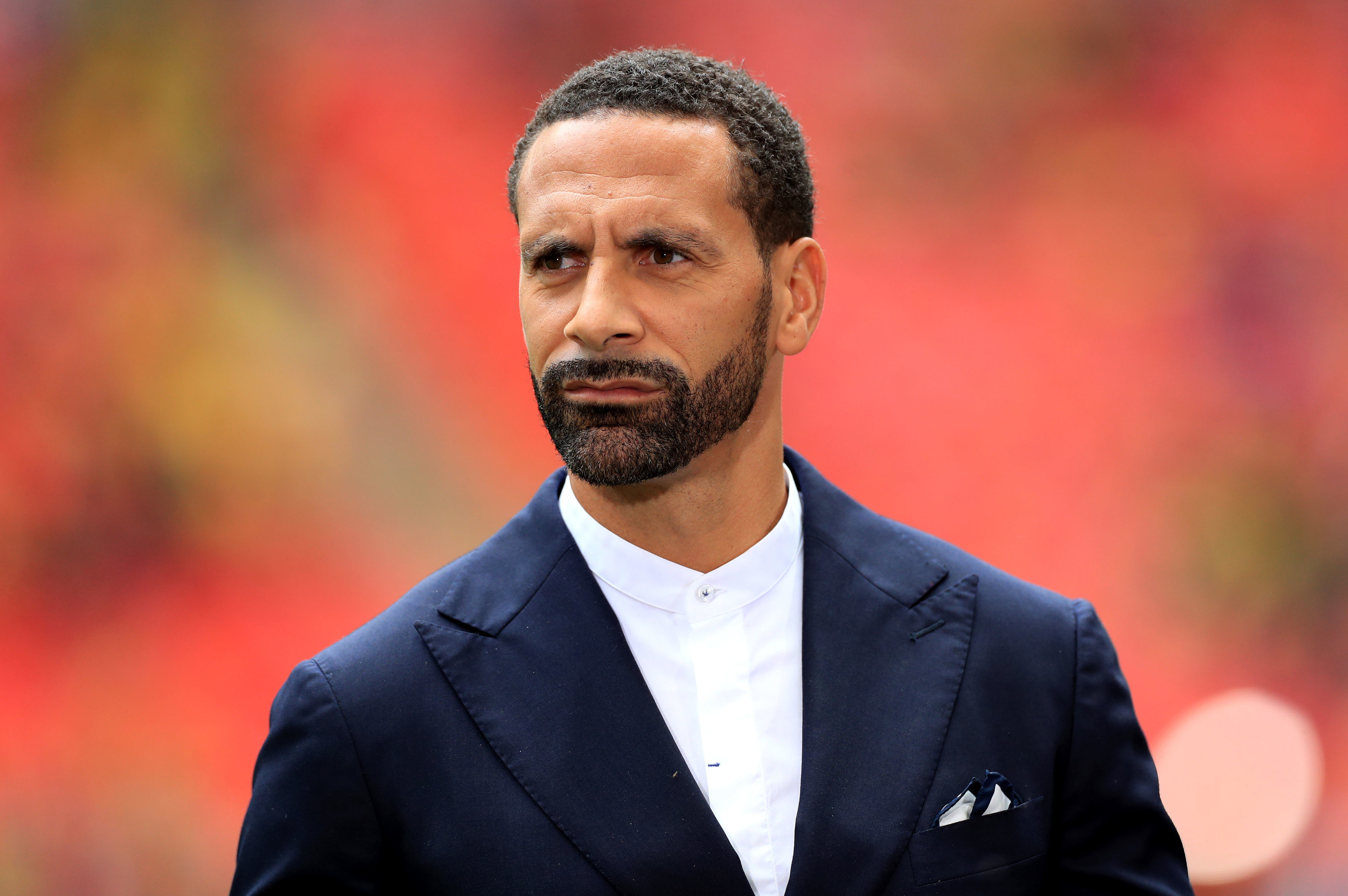 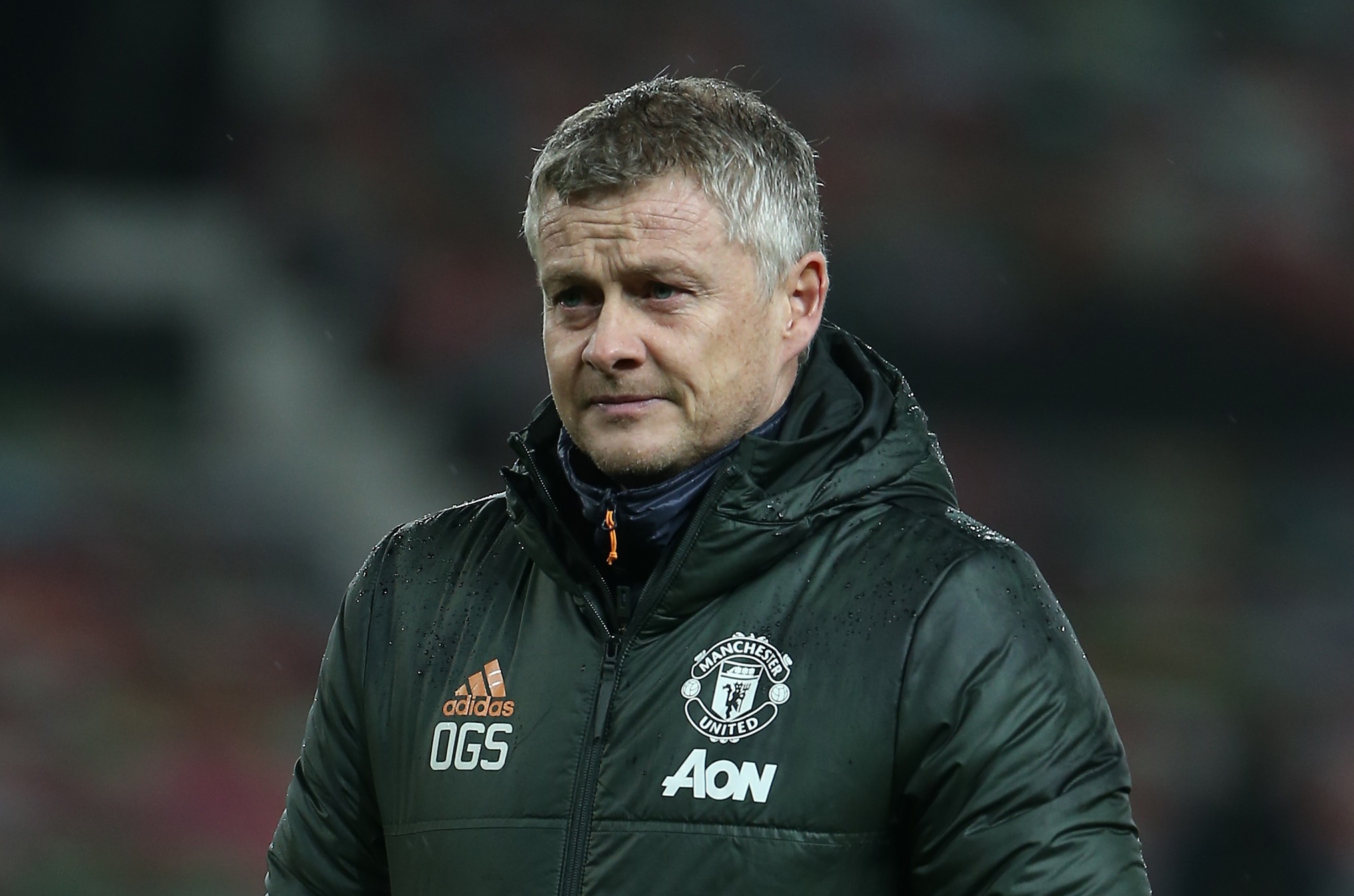 Ole Gunnar Solskjaer’s side have been knocked off top spotCredit: Getty Images – Getty

The result came after Ferdinand had taken a hefty dose of satisfaction out of United sitting top of the table earlier in the week.

Many fans have noticed the ex-defender’s tendency to show his joy at his former club’s success… just as their form crumbles.

Ferdinand’s now-infamous ‘Ole’s at the wheel’ comment after the win over Paris Saint-Germain in the 2018-19 Champions League is often brought up, with the Norwegian still yet to win a trophy as United manager.

And the 42-year-old tweeted a photograph of himself looking pensive on Tuesday evening, with the caption: “Is that the Premier League table there?”

Later that night, Manchester City leapfrogged their neighbours with a crushing 5-0 win over West Brom.

United then fluffed their lines as goals from Kean Bryan and Oli Burke secured a stunning win for the bottom club.

Ferdinand’s followers were left chuckling and jokingly telling him to ‘delete his account’ after the defeat.

Twitter user Kirsty wrote online: “Can you just tweet after the season ends? You do know you have a mad JuJu against United right?” 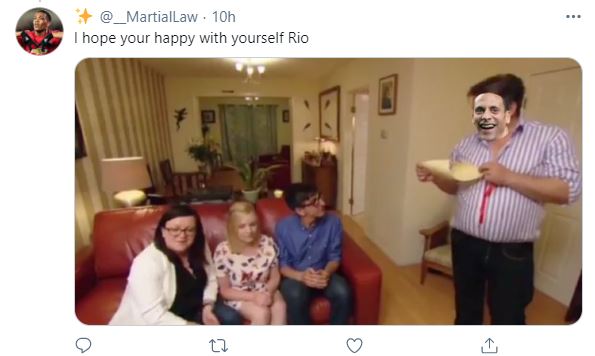 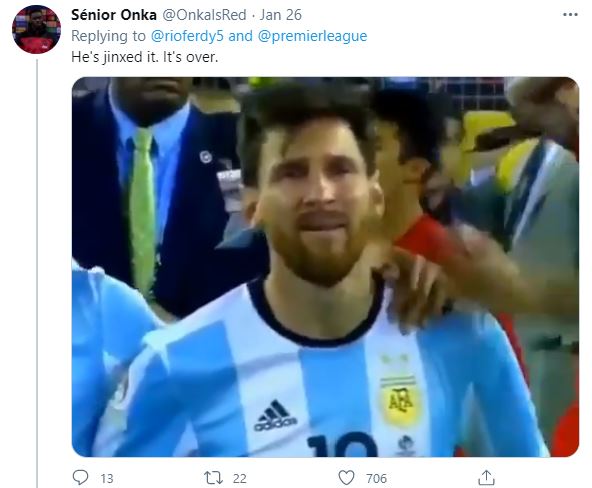 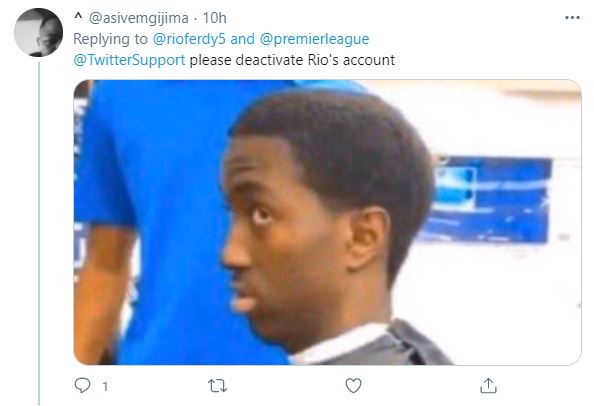 Another follower tweeted: “I hate you man stop jinxing.”

Alex added: “Jesus Rio just stop haha, save being cocky till May!”

And one fan remarked: “Rio, whatever you’re about to say, don’t say it, don’t say anything, please, we will wheel you out in May to be as shameless as you want if we actually manage to win this thing, but until then just, don’t, y’know, don’t jinx it.”

The Old Trafford legend tweeted that the result was ‘just a blip’ but was less kind towards his old side when analysing the game for BT Sport.

He said: “They didn’t have that zip about them.

“From minute one, really, there wasn’t that cut and thrust we’ve seen from United.

“Bruno Fernandes, who they’ve relied on so heavily in recent weeks, months, didn’t get it going today. Paul Pogba the same.

“If anybody was starting to get carried away at Old Trafford, with the position that they’re on, it was a reality check.

“I think recently Man Utd, in terms of reaction, have been brilliant but tonight it seemed to come crumbling down.

“[Marcus] Rashford and [Anthony] Martial were invisible, didn’t get on the end of anything, didn’t create anything.

“Last week Liverpool, tremendous performance. Bottom of the league Sheffield United. Dour, lifeless at times. The inconsistencies, they don’t win you the league.”