PATRICK VIEIRA was left fuming that a ‘huge mistake’ from referee Kevin Friend scuppered any chances of a Crystal Palace fightback against Liverpool.

Liverpool ran out 3-1 winners at Selhurst Park, but had been under the cosh in the second half until Diogo Jota went down in the box in the closing stages.

Liverpool were awarded a penalty for this challenge on Jota, just as the home side were pushing for an equaliserCredit: Sky Sports 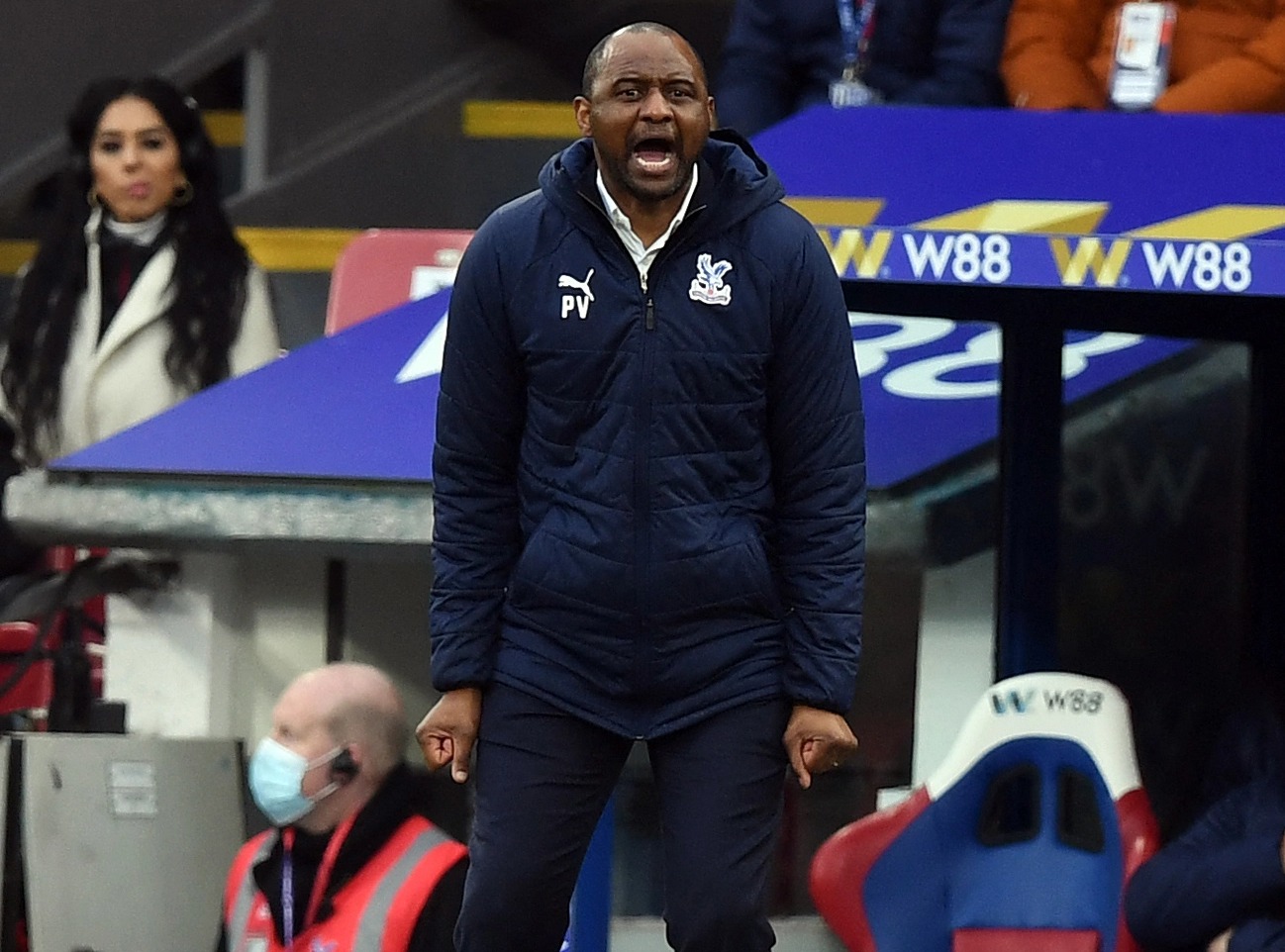 Vieira was far from pleased with the decision to award a penaltyCredit: AFP

Referee Friend initially waved play on, but was advised to check the VAR monitor by Craig Pawson.

Jota seemed to run into Crystal Palace goalkeeper Vicente Guaita after losing possession of the ball, but Friend saw enough to overturn his original ruling and award a penalty.

Fabinho duly converted, and speaking after the game Vieira blasted the decision as a ‘huge mistake’ after it killed any hope of an equaliser.

The former Arsenal man told Sky Sports: “It is a huge mistake by the referee and that took away the hope to comeback. Of course it had a massive impact.

“The referees today didn’t have a really good game at all. It happens too often at home, especially when we play these big teams.”

He also fumed to the BBC: “The wrong decision by the referee had a massive impact on the game. You should ask the referee to talk to you and explain the decision himself.

“And now they’ve got it wrong. I’m really frustrated by the decision. I have seen it many times, it is never a penalty.

“When we scored, the game was there for us to go and try and get that draw. But the referee killed our legs today.”

Social media users too were left baffled by the decision, as Gary Lineker led the protests on Twitter.

The former England striker reacted by saying: “That Is Not A Penalty. Never in a million years,” and followed it up by writing: “That is a genuinely appalling decision.”

“That is a genuinely appalling decision.”

And he was backed up by multiple others, who felt Crystal Palace had been left very hard done by.

One questioned: “How was that a penalty? Jota ran into the goal keeper and it’s a penalty?”

Meanwhile another seethed: “Never a penalty, Jota initiated the contact.”

The win sees Liverpool close the gap to Manchester City at the top of the table to nine points, with the Reds also having a game in hand on their title rivals.

Pep Guardiola’s side were held to a 1-1 draw by Southampton yesterday, keeping Liverpool’s faint hopes of a title challenge alive.

Crystal Palace meanwhile stay in 13th after the defeat, having missed the opportunity to break into the top ten with a win.