TALK of a Real Madrid return for Cristiano Ronaldo has been generated by the player’s entourage, Florentino Perez has claimed.

The club president has insisted that the iconic winger will not be returning to the Bernabeu – and in any case big signings may be off the table following the collapse of the European Super League. 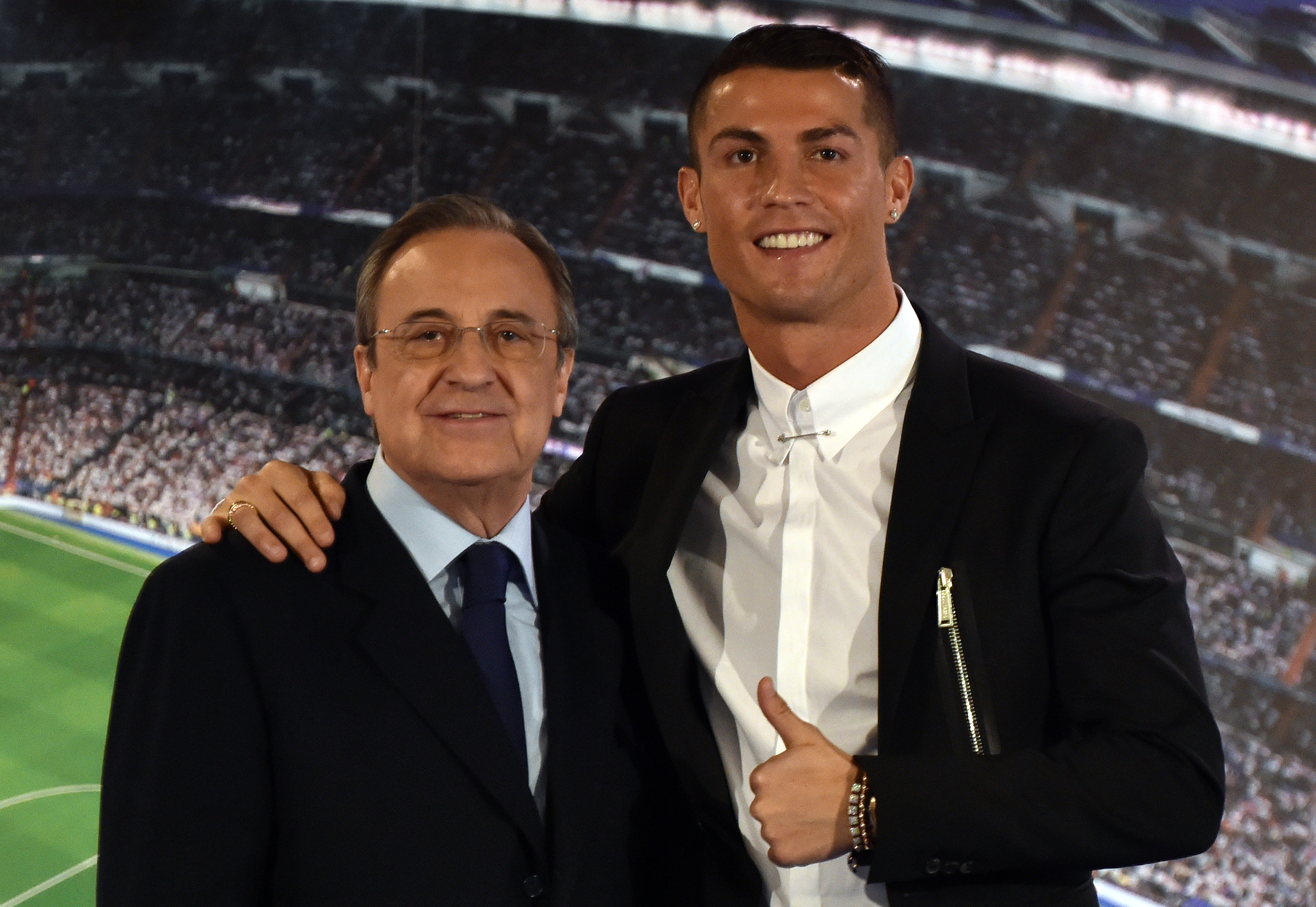 Florentino Perez says he is not about to try and re-sign Cristiano RonaldoCredit: AFP or licensors

Financial problems and Juventus’ poor Champions League record had been used to explain a potential summer exit for Ronaldo, 36.

Los Blancos were one club linked having sensationally sold the player back in 2018.

But Real chief Perez, 74, has dismissed the rumours and pinned them on Ronaldo’s camp.

He told El Larguero: “The rumours of Cristiano Ronaldo’s return to Madrid are just rumours from his entourage.

LaLiga giants Madrid, who beat Cadiz 3-0 on Wednesday night, are linked with a major summer signing to bolster their attack.

The coronavirus pandemic has been partly responsible for the club making no signings for well over 12 months as Perez looks to ride out the economic crisis.

But potential moves for Erling Haaland or Kylian Mbappe have been cast into doubt by the Real chief.

Perez was a significant driving force behind the failed European Super League concept that, he claims, was necessary for any big additions.

He noted: “Without the Super League there will be no big signings.

“Neither for Real Madrid nor for the others.

“We are now working towards the end of this season. In general, there will be no big purchases.

“I offer myself to speak to anyone who takes advantage of the strength of the big clubs in television rights. They did not allow us to explain what we meant by solidarity.”

Perez added his belief that the project, abandoned by almost all of its 12 founding members, is not dead but on ‘standby’.