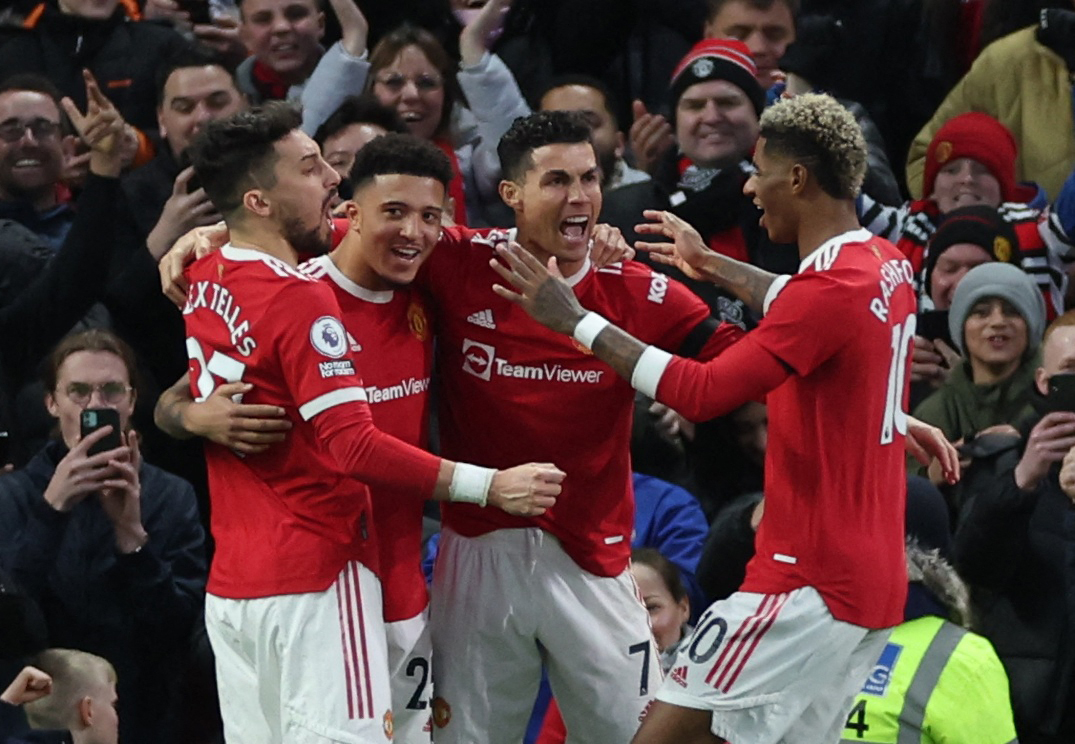 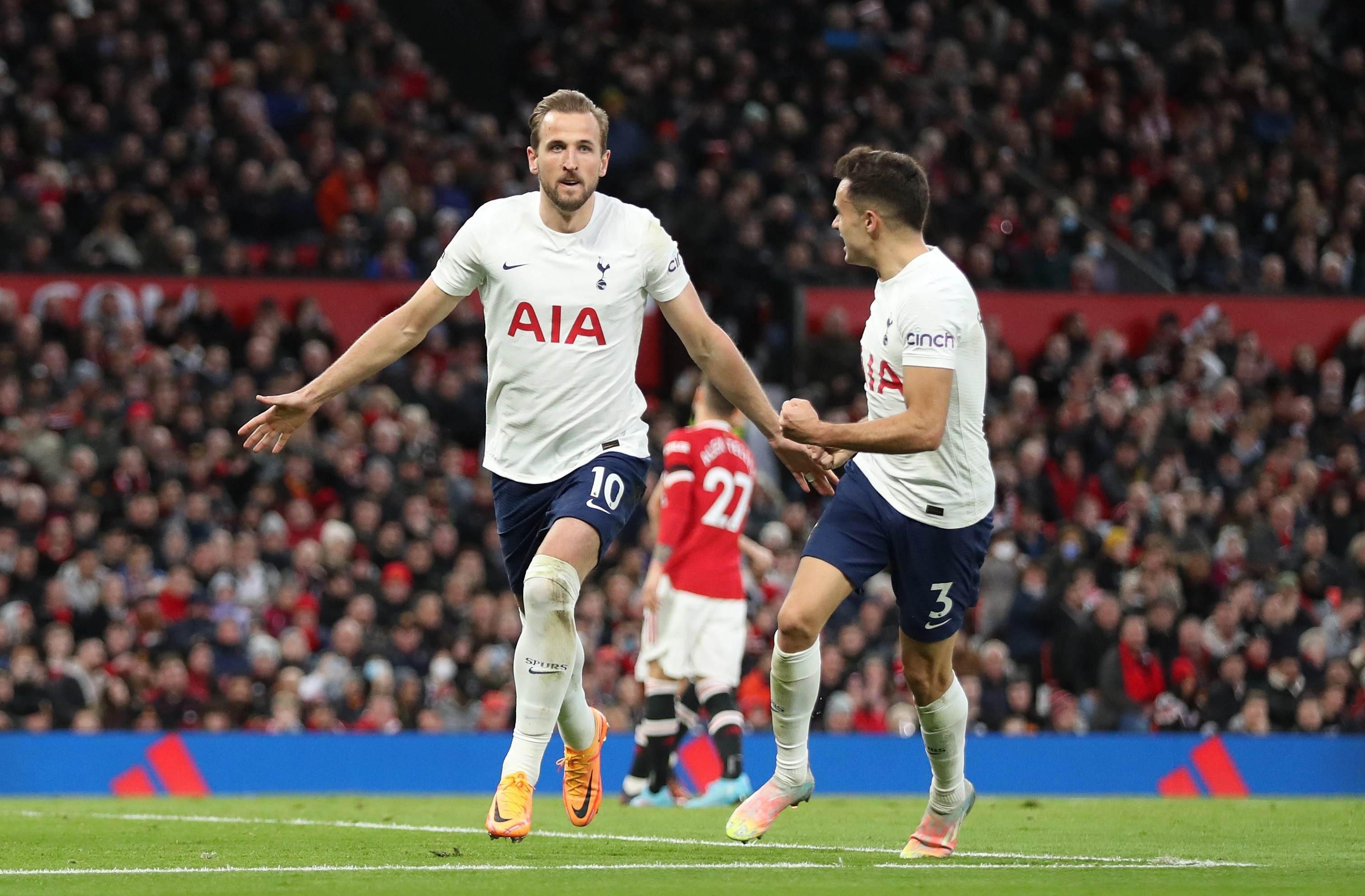 Harry Kane equalised from the penalty spot before Ronaldo put United back in frontCredit: Getty 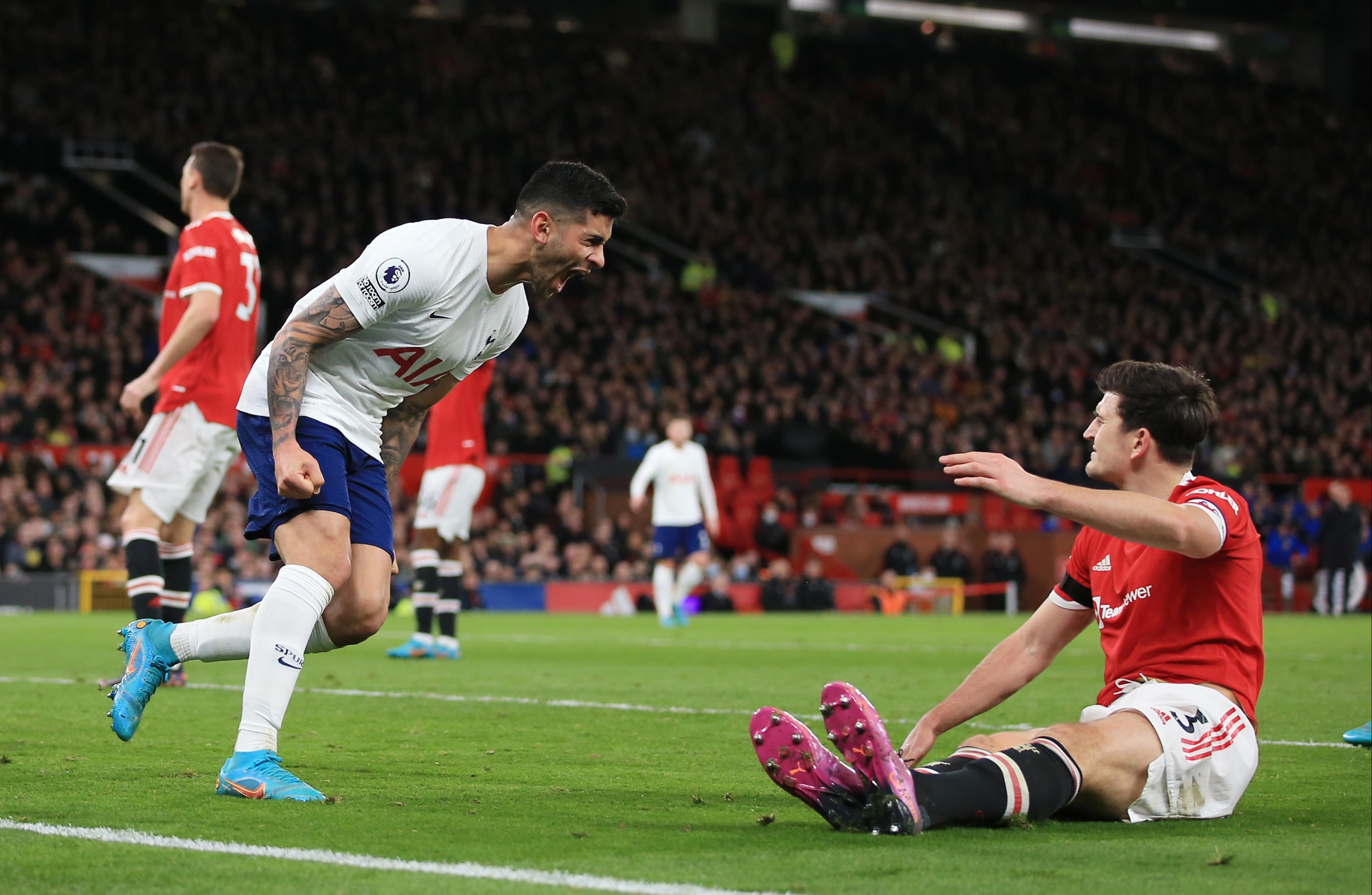 Harry Maguire’s own goal allowed Spurs back into the matchCredit: Getty

A week after missing the miserable Manchester derby defeat with an alleged hip injury that befits an elder statesman, Ronaldo rolled back the years.

Just when hapless Harry Maguire’s own goal seemed to have condemned United to a morale-sapping draw, the 37-year-old produced a trademark header to complete his 59th career hat-trick and put his team in front for the third, decisive time.

He was substituted moments later, “Viva Ronaldo” swept around the stands in wave after wave and all was well with the world. 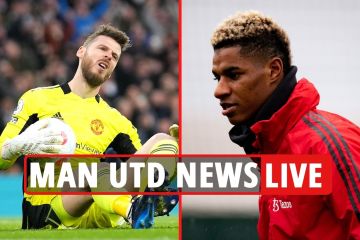 Unless you were Antonio Conte and Tottenham.

They had the chances to take at least a point from a game that had the potential to provide either side with momentum for a Champions League charge.

When the Chelsea crisis unwinds, both United and Tottenham may find their longer-term prospects of success – whatever that is – enhanced by default.

But for this season, tucking in behind the Blues in fourth place is surely the most either can dream of achieving.

And that now looks a much more remote prospect for Tottenham now.

Perhaps missing out on Conte was not such a big mistake by United after all.

The Italian has a system and he drills his teams until they probably hear his voice in their sleep.

But it only works if you concentrate and there were signs even before Ronaldo’s spectacular opener that Spurs lacked that edge.

The visitors looked comfortable enough in the very early stages, retreating into a 5-4-1 out of possession and challenging United to break them down.

Which they did when Cristian Romero misjudged a diagonal pass by Maguire.

Jadon Sancho collected and when Ronaldo’s shot hit Eric Dier’s hand, he and most of Old Trafford screamed for a penalty.

Nothing doing then, but some more iffy defending was soon punished. 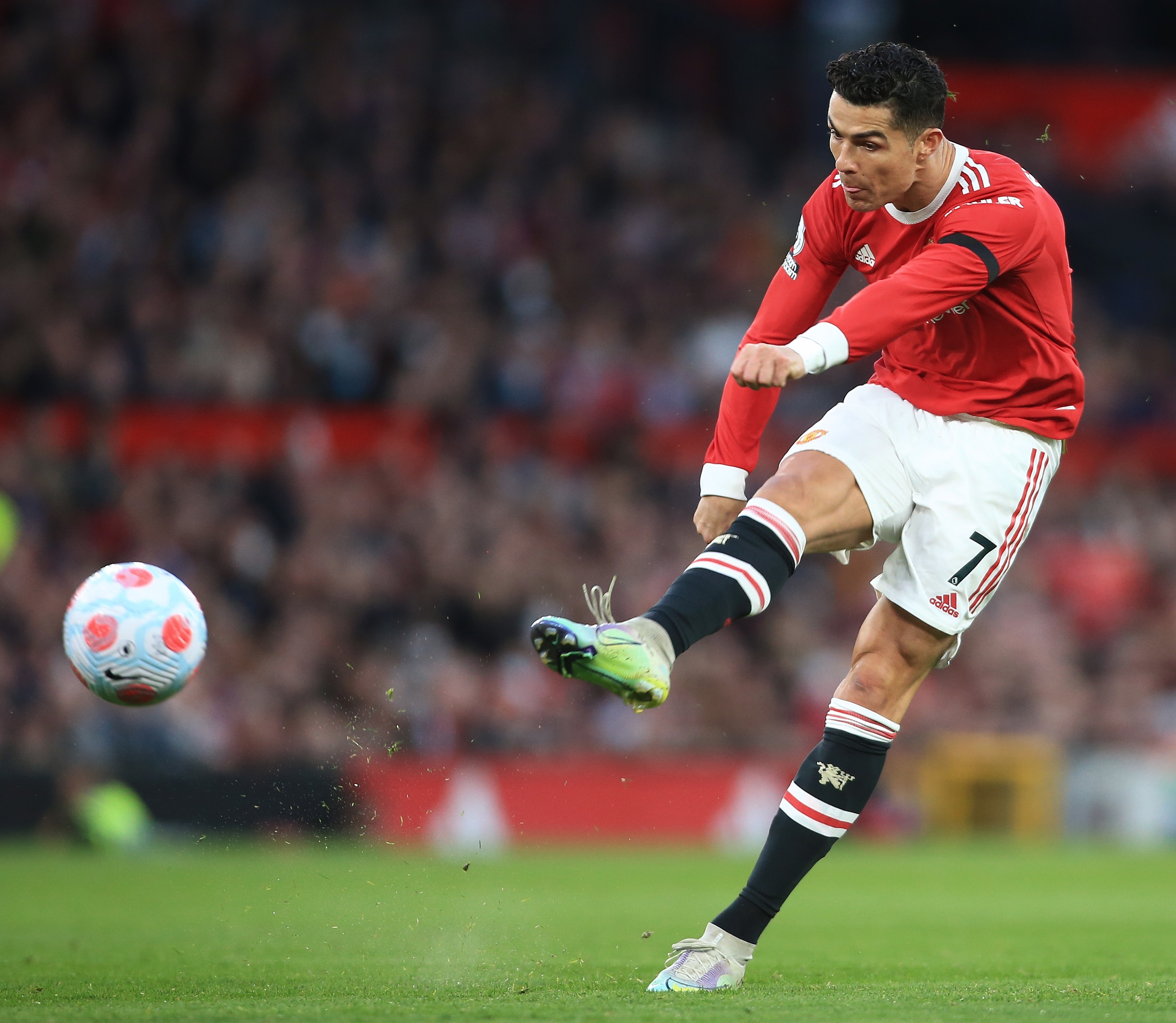 Ronaldo opened the scoring with a brilliant 25-yard rocket into the top cornerCredit: Getty

Fred took an over-committed Rodrigo Bentancur out of the game with a neat flick from Raphael Varane’s pass and Ronaldo was left with way too much time and room nearly 30 yards out.

For two decades, such a sight has produced not just excitement but expectation.

Not so much this season, though, on his second coming to United.

This time it happened.

Dier backed off, the veteran striker let rip and Hugo Lloris was beaten, perhaps a bit too easily.

But it was still a brilliant strike, arrowing like a Brady pass into the endzone.

It did not prove to be the platform for United to take control.

Diogo Dalot had to nod an Eric Dier header off the line following a corner and Nemanja Matic produced a well-timed block on Bentancur’s shot. 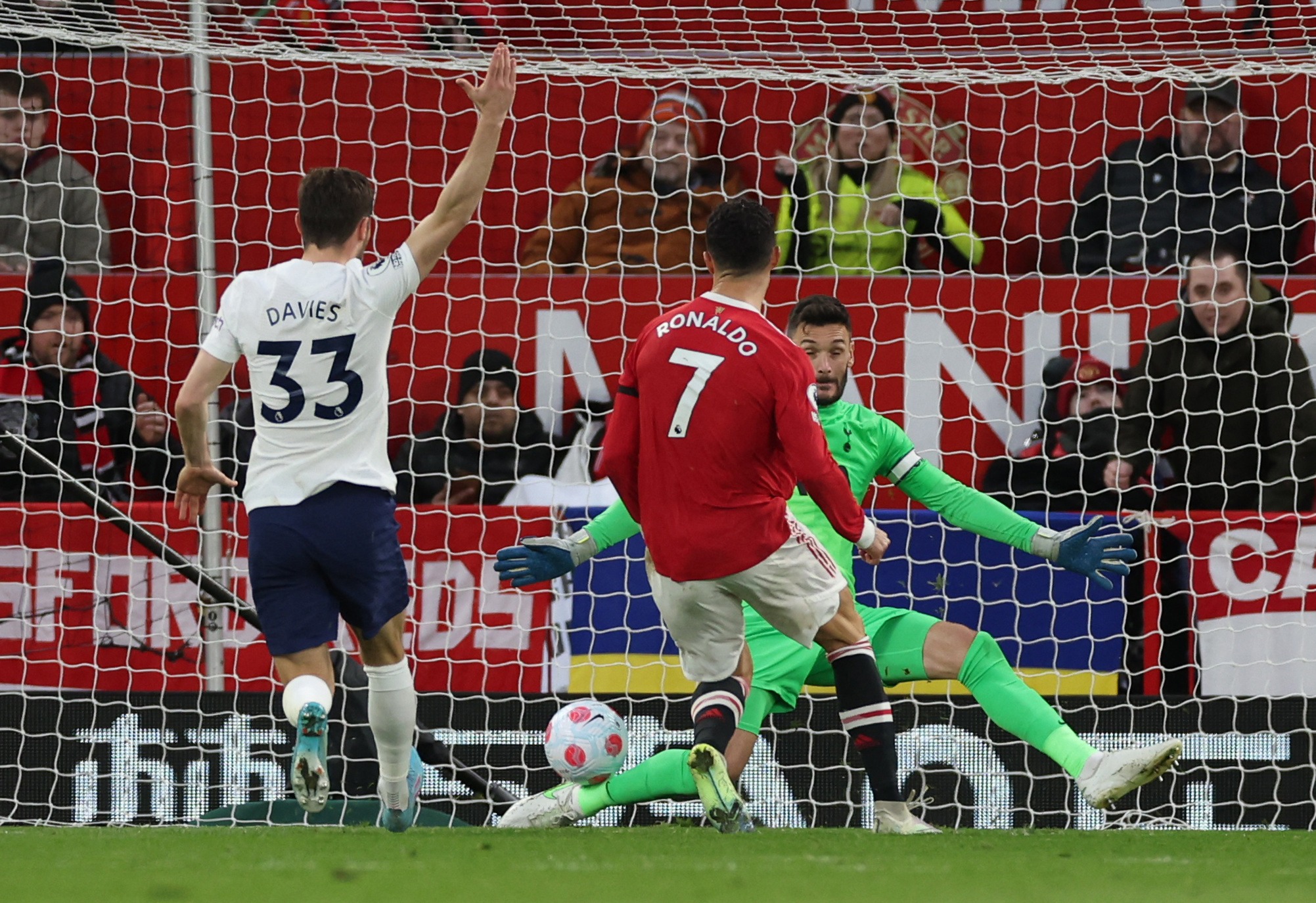 Ronaldo put United back in front from close rangeCredit: Reuters

Spurs were enjoying plenty of joy down their right. Kulusevski broke through two weak challenges and his cross was stopped by Alex Telles’ arm.

The conviction of referee Jon Moss’ decision was matched by Kane’s conversion from 12 yards.

While Conte muttered something in Italian about keeping it tight until half-time, United scored from their next proper attack.

As VAR Andre Marriner went on to confirm, Sergio Reguilon played Jadon Sancho onside from Matic’s ball over the top and the England winger put it on a plate for that man again.

Kane fancied himself to draw level – too much.

If he had left Reguilon’s cross for the onrushing and onside Matt Doherty, Spurs might have gone into the break level.

And even if the England captain had headed it in, VAR would have ruled it out for offside. 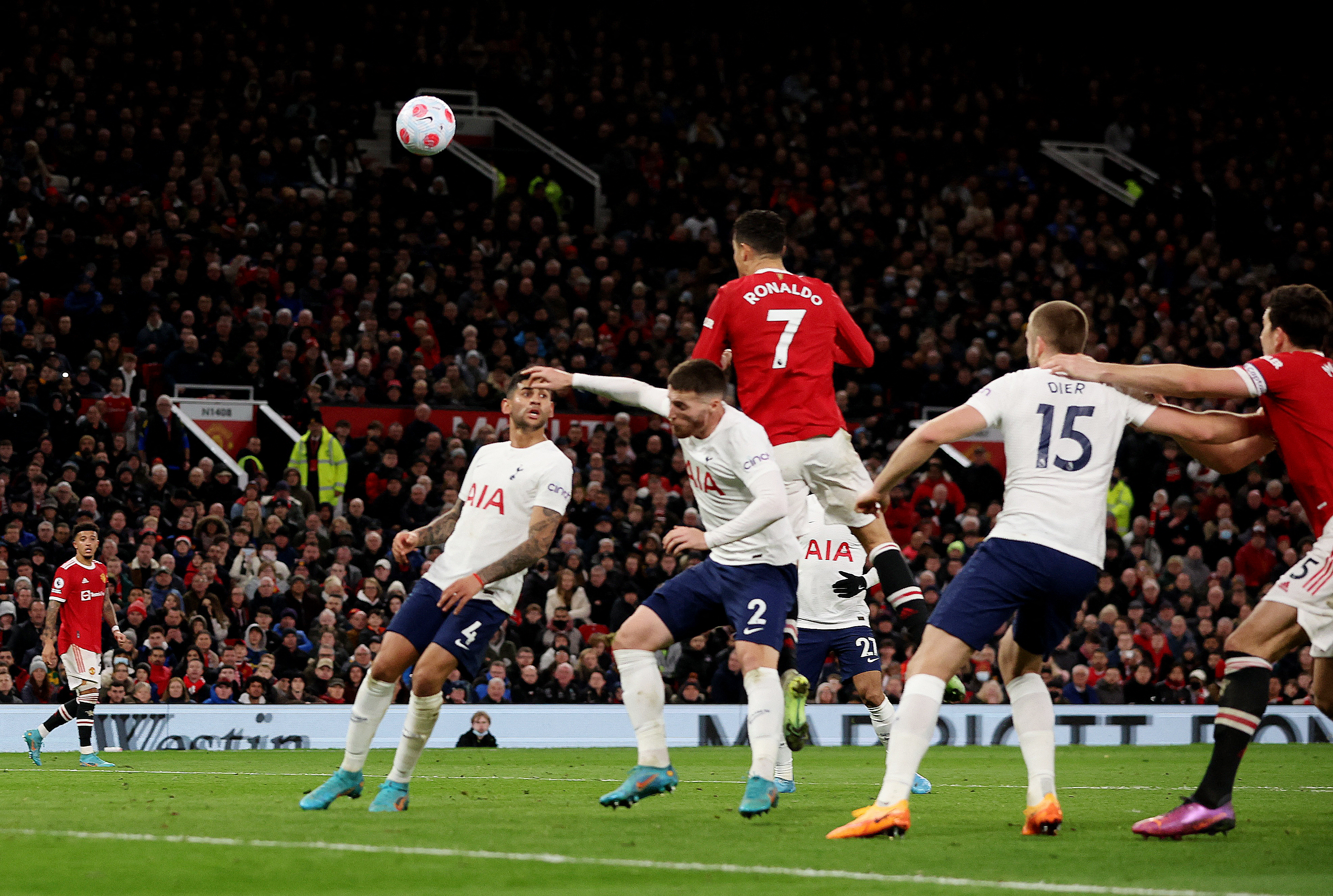 Spurs and Kulusevski were back in behind the United defence straight after the break.

There were more goals in this, for sure, and Tottenham seemed the more likely to score them.

Son should have made it 2-2 just past the hour mark.

Again Kulusevski engineered space for a run and cross down the right, and the South Korean should have at least put his shot on target.

Ronaldo stung Lloris’ hands from an angle that not even he was ever likely to score from but that was it for United threat.

The second equaliser was coming, even if the source was unexpected.

Well, kind of unexpected, but Maguire is having that kind of season.

Spurs attacked down the left channel this time, but Reguilon’s cross was heading only for an offside team-mate until the United captain contrived to divert it past De Gea.

Maguire had otherwise been solid in front of the watching Gareth Southgate, but this was yet another moment to forget.

Ronaldo, his alleged rival for the United armband, saved his bacon.

Lloris kept out one jabbed shot.

But with less than 10 minutes to go, Telles swung in a corner and Ronaldo hoisted that famous, aging frame into the air one more time.

The header was a thing of brutal beauty.

Clutch play, as Brady would say.