CRISTIANO RONALDO reported back to Manchester United training WITHOUT a spot at next year’s World Cup guaranteed.

While many United stars returned to Carrington with a ticket booked for Qatar 2022, a glum looking Ronaldo arrived with his place at the tournament still in the balance.

Ronaldo reporting for training with his security guards in towCredit: Eamonn and James Clarke 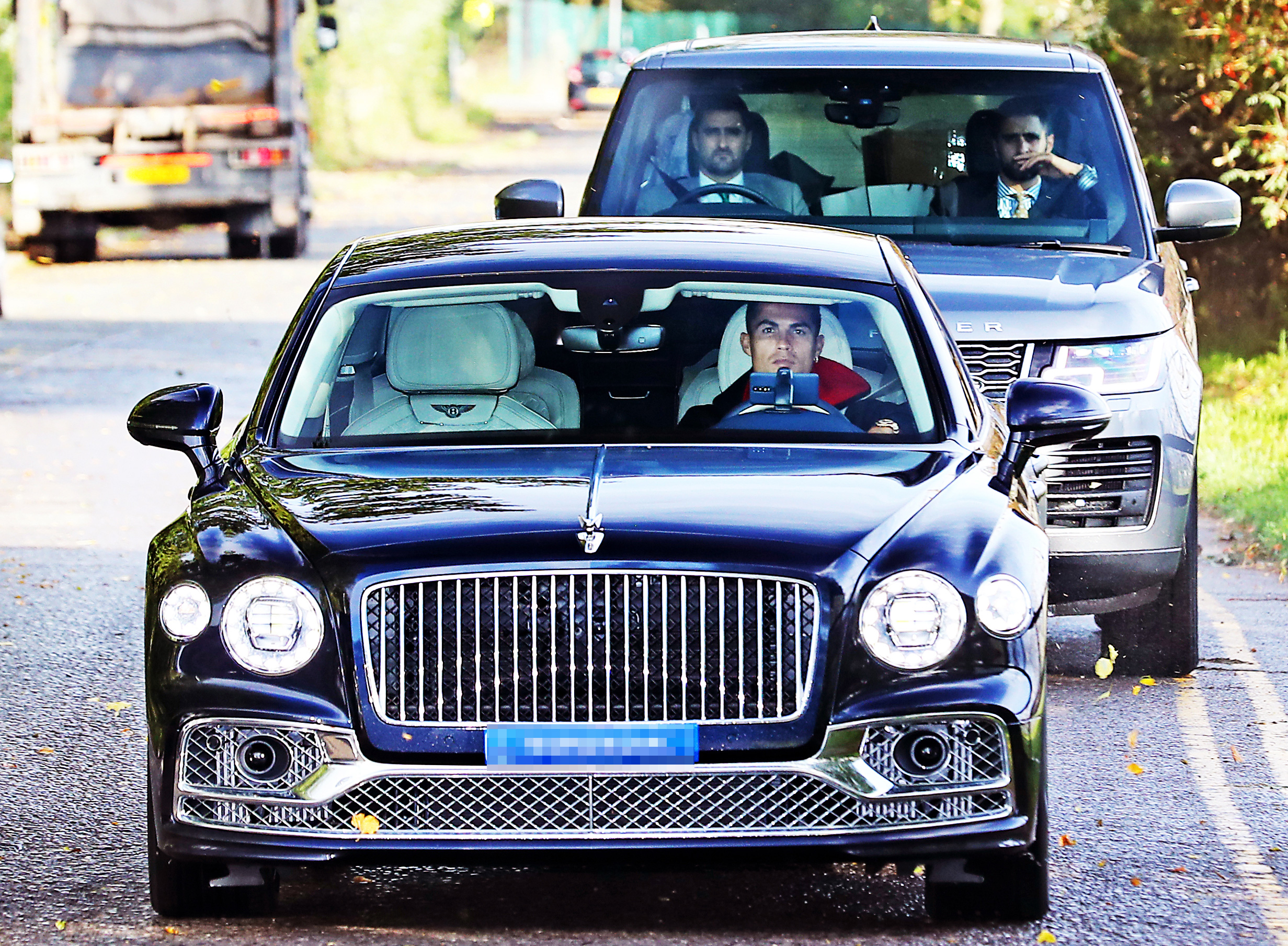 Ronaldo was behind the wheel of his plush BentleyCredit: Eamonn and James Clarke

He cruised into training behind the wheel of his £250,000 Bentley, followed by two burly security guards in a plush Range Rover.

The 36-year-old will now turn his attention back to Manchester United, who also aren’t sitting very pretty at the moment.

Ole Gunnar Solskjaer’s side have won just two out of their last seven games, with pressure mounting on the Norwegian boss.

It means he will have to quickly put his Portugal woes behind him as Solskjaer and Co prepare for Saturday’s trip to Claudio Ranieri’s Watford.

The striker didn’t take being condemned to the World Cup play-offs by a last minute defeat to Serbia on Sunday very well.

Ronaldo was almost in tears at the final whistle, before throwing an angry strop as he stormed off the pitch.

It’s hardly been the fairytale start to the season Ronaldo would have been dreaming of after his emotional return to the club.

But he looked like he meant business as he returned to club duty in his top-of-the-range Bentley Flying Spur.

It’s a change of motor from the £160,000 Lamborghini he was driving as he was chased by adoring fans after arriving back at the club in September.

He’s been spotted behind the wheel of the sleek Bentley before, and has a well-known love affair with fancy cars.

Earlier this summer he was seen on a tour of Ferrari’s Maranello factory where it was reported he ordered a Ferrari Monza worth a cool £1.4million.

Although that is just a drop in the ocean in comparison to the £8.5m he reportedly splashed out on a limited edition Bugatti Centodieci – one of just ten in the world.

The superstar is believed to have 20-plus private car collection worth £17m, with Bugattis his pick of the bunch.