CRISTIANO RONALDO’S shock was clear to see as his Juventus side were smashed 3-0 at home by Fiorentina on Tuesday night.

The Serie A champions endured a nightmare start and were behind after three minutes then had a man sent off with 18 played. 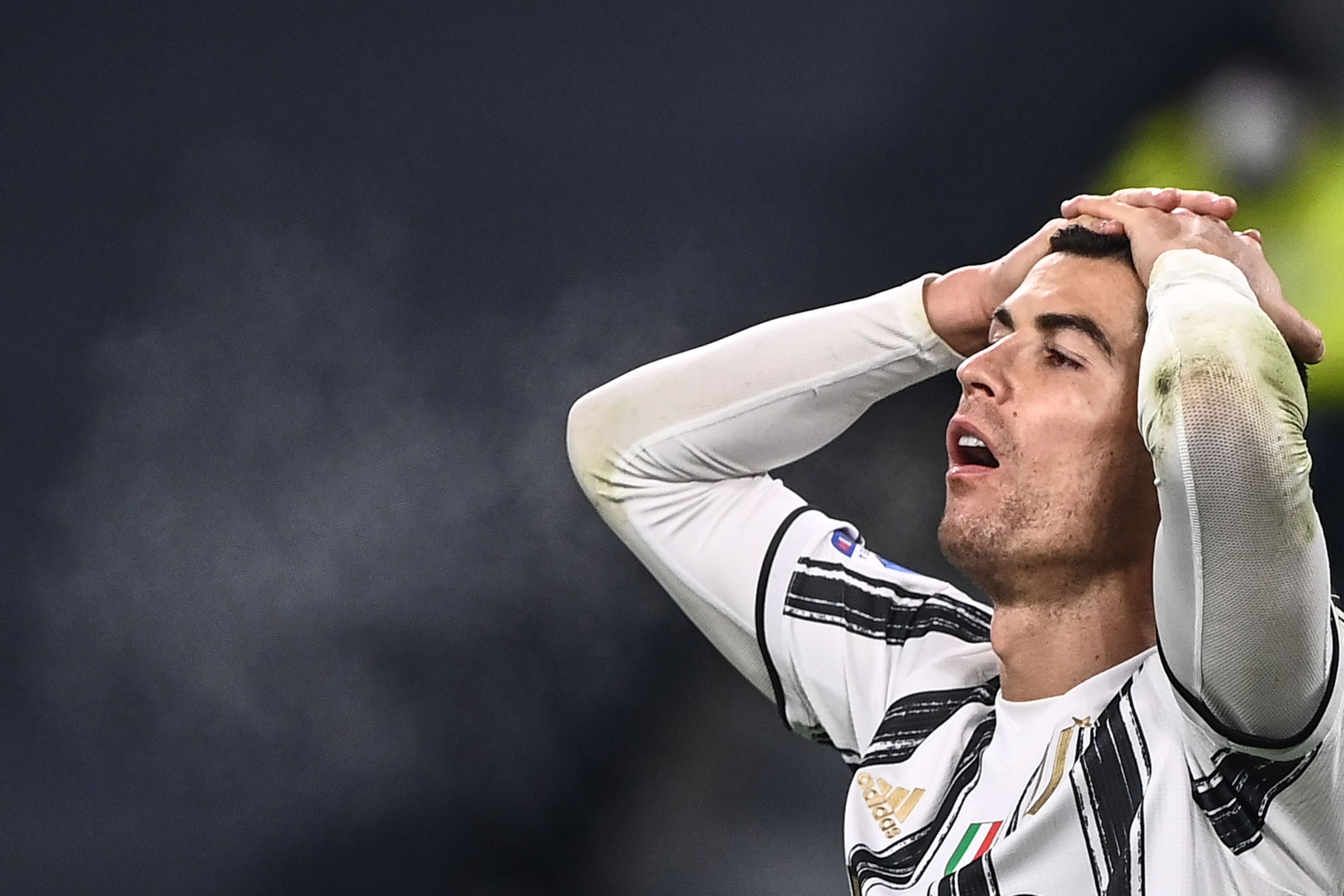 Cristiano Ronaldo could not contain his shock as Juventus lost 3-0 at home to FiorentinaCredit: AFP or licensors 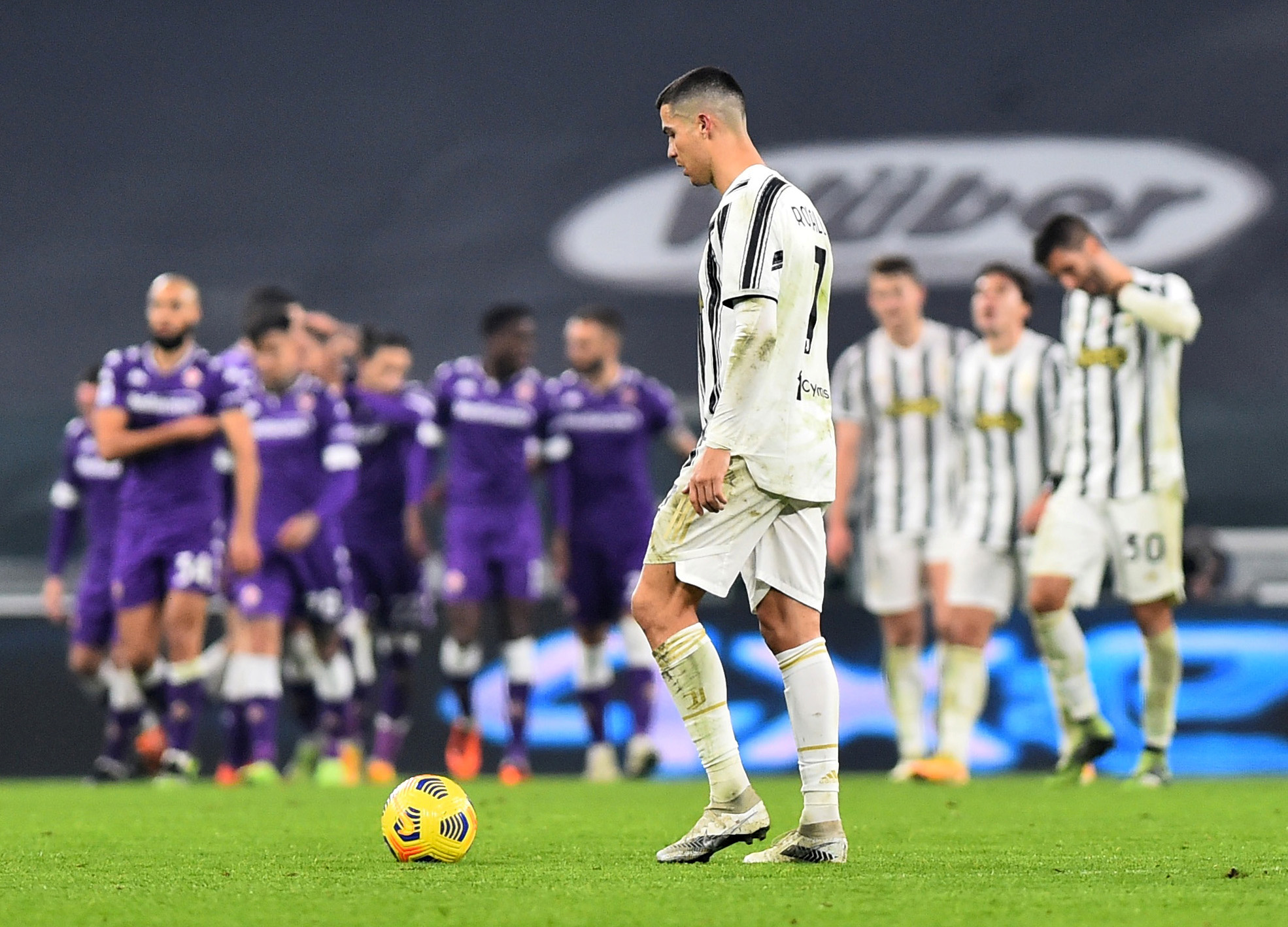 The Portuguese forward did not have an enjoyable evening as he missed a good chance and had a goal chalked off by VARCredit: Reuters

Ronaldo had a header ruled out by VAR and squandered a glorious chance to equalise for the Old Lady when he was thwarted by Fiorentina keeper Bartlomiej Dragowski.

And two late goals secured Ronaldo’s first defeat of the season – he missed the first Barcelona Champions League game due to his positive coronavirus tests.

The Italian press focused in on the pictures of Ronaldo in disbelief as the events unfolded at the Allianz Stadium.

Corriere dello Sport went with the headline: “Juve, that slaps.”

Not only was the defeat Ronaldo’s first of the season, it equalled his heaviest loss since joining Juventus in 2018 – matching a 3-0 Coppa Italia scoreline against Atalanta in January 2015.

In fact, the five-time Ballon d’Or winner has not suffered a heavier defeat since a 4-0 El Clasico humbling by Barcelona in November 2015.

He was the man sacrificed by boss Andrea Pirlo after just 19 minutes when Juan Cuadrado’s challenge was upgraded from a yellow card to red after a VAR review. 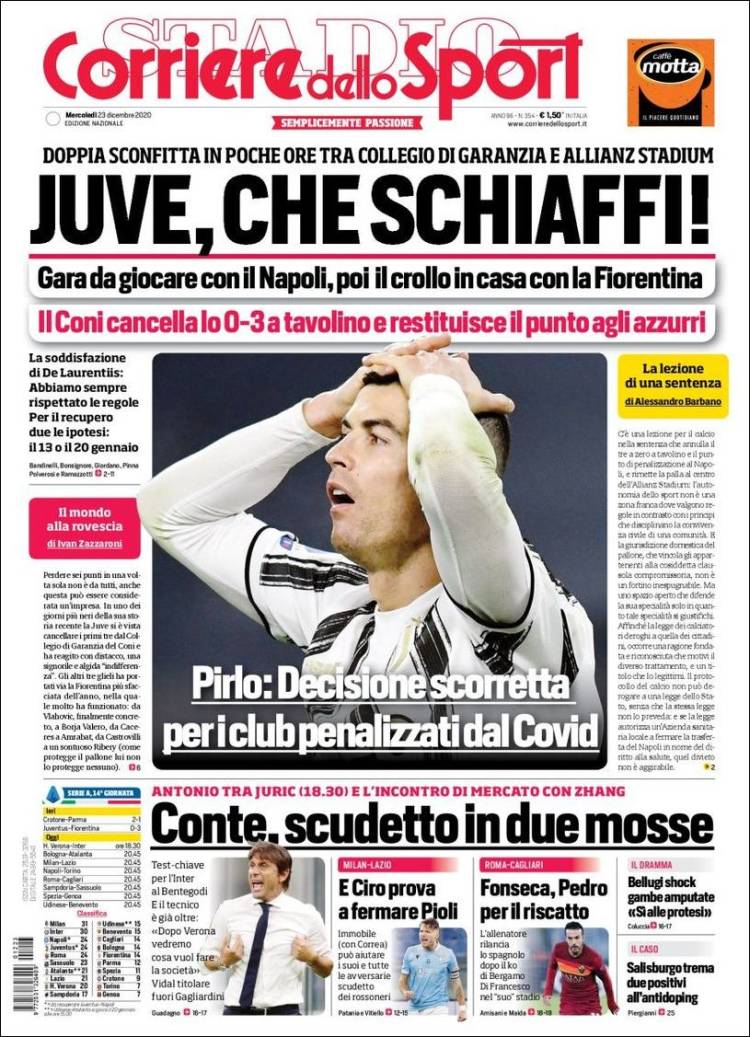 Corriere dello Sport went with the headline ‘Juve, that slaps’ 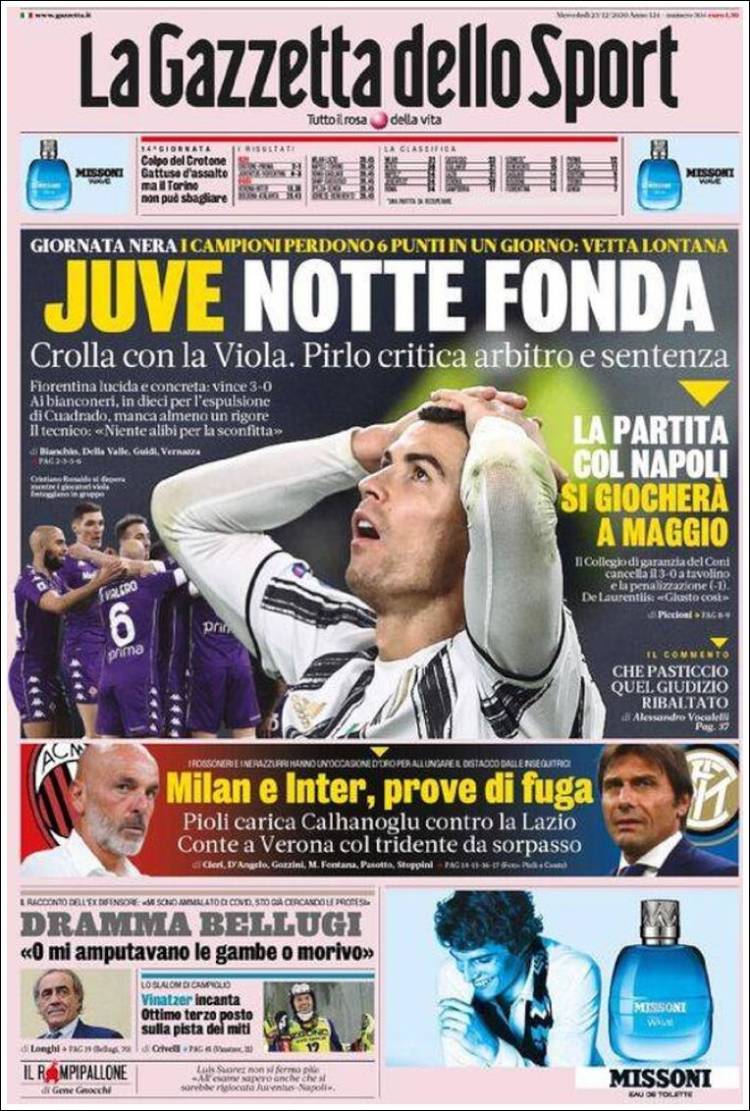 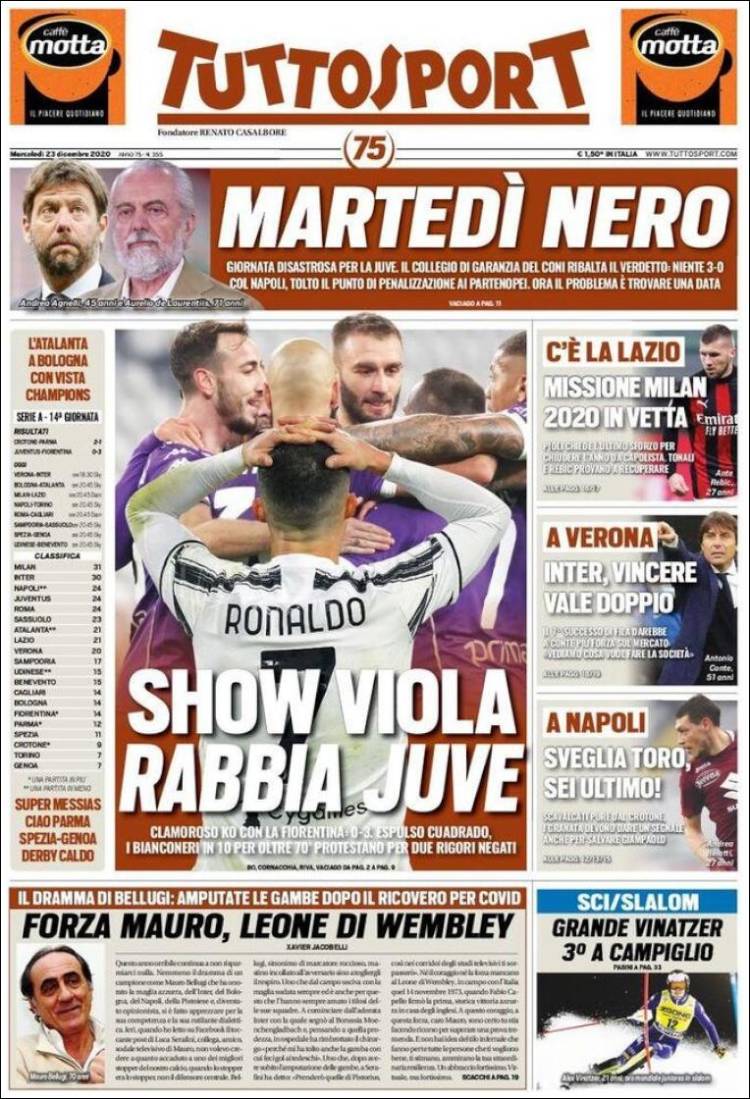 The fuming Welshman booted a water bottle before taking his seat back among the subs for the remainder of the league game. 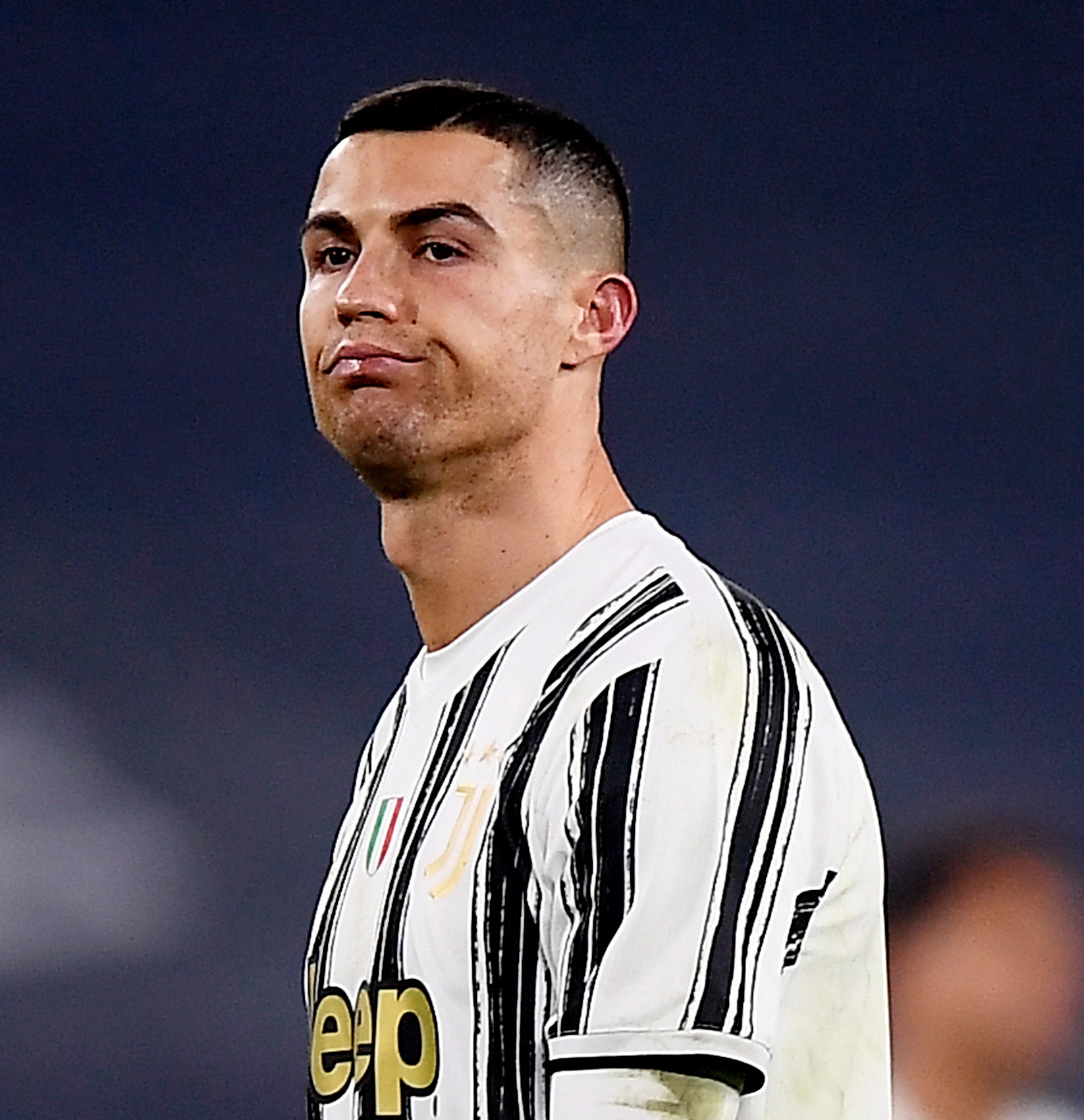 The result matched Ronaldo’s worst defeat as a Juventus player, matching the 3-0 loss to Atalanta in January 2019Credit: AP:Associated Press 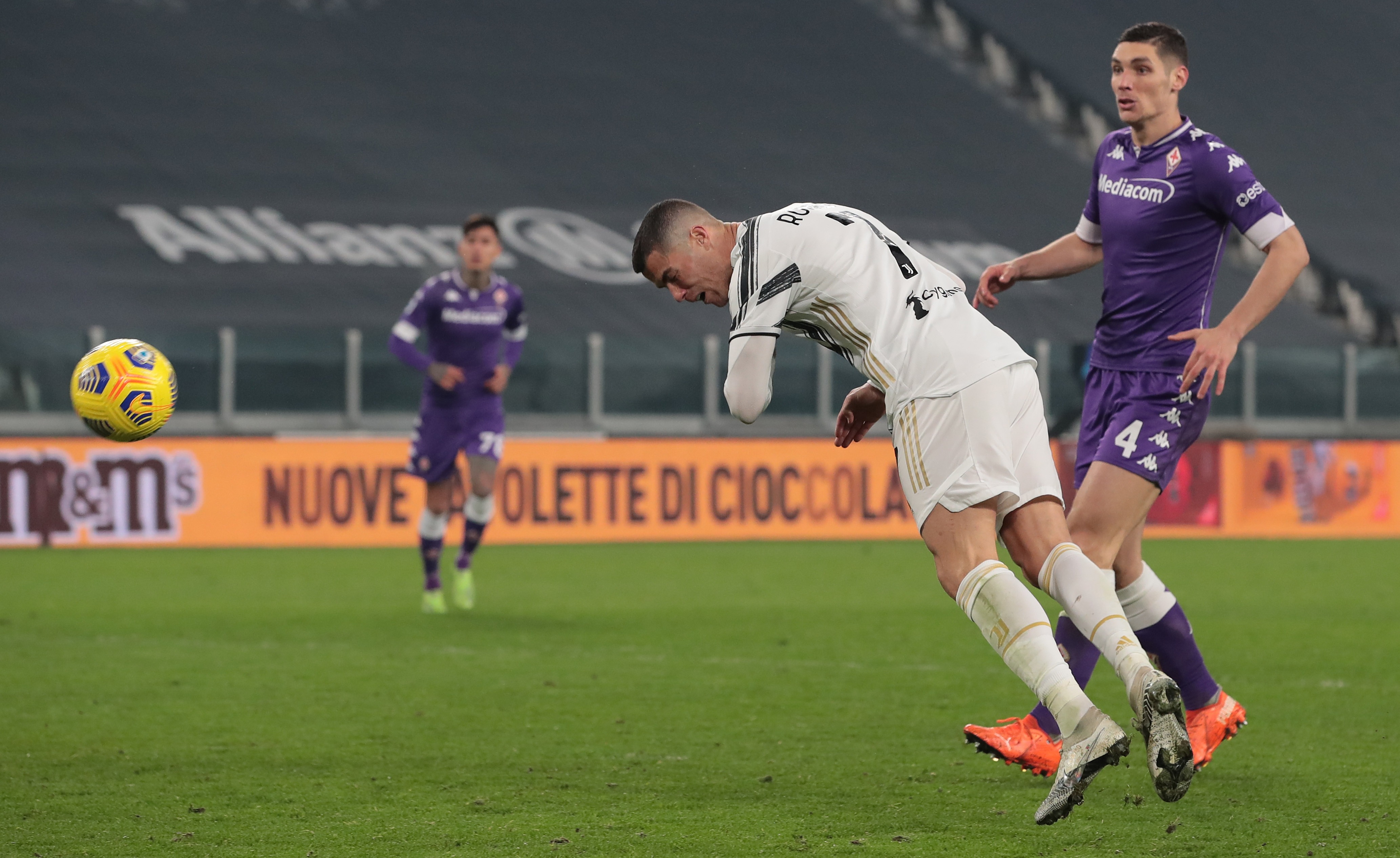 His header into the back of the net was wiped off as his unbeaten start to the season came to an endCredit: Getty Images – Getty