THE Champions League last-sixteen draw wasn’t exactly the smoothest of processes, but in the end best tie by a mile was saved until last.

A mouthwatering knockout tie pits Manchester United up against PSG, and Cristiano Ronaldo up against Lionel Messi.

Ronaldo and Messi will meet once againCredit: AFP 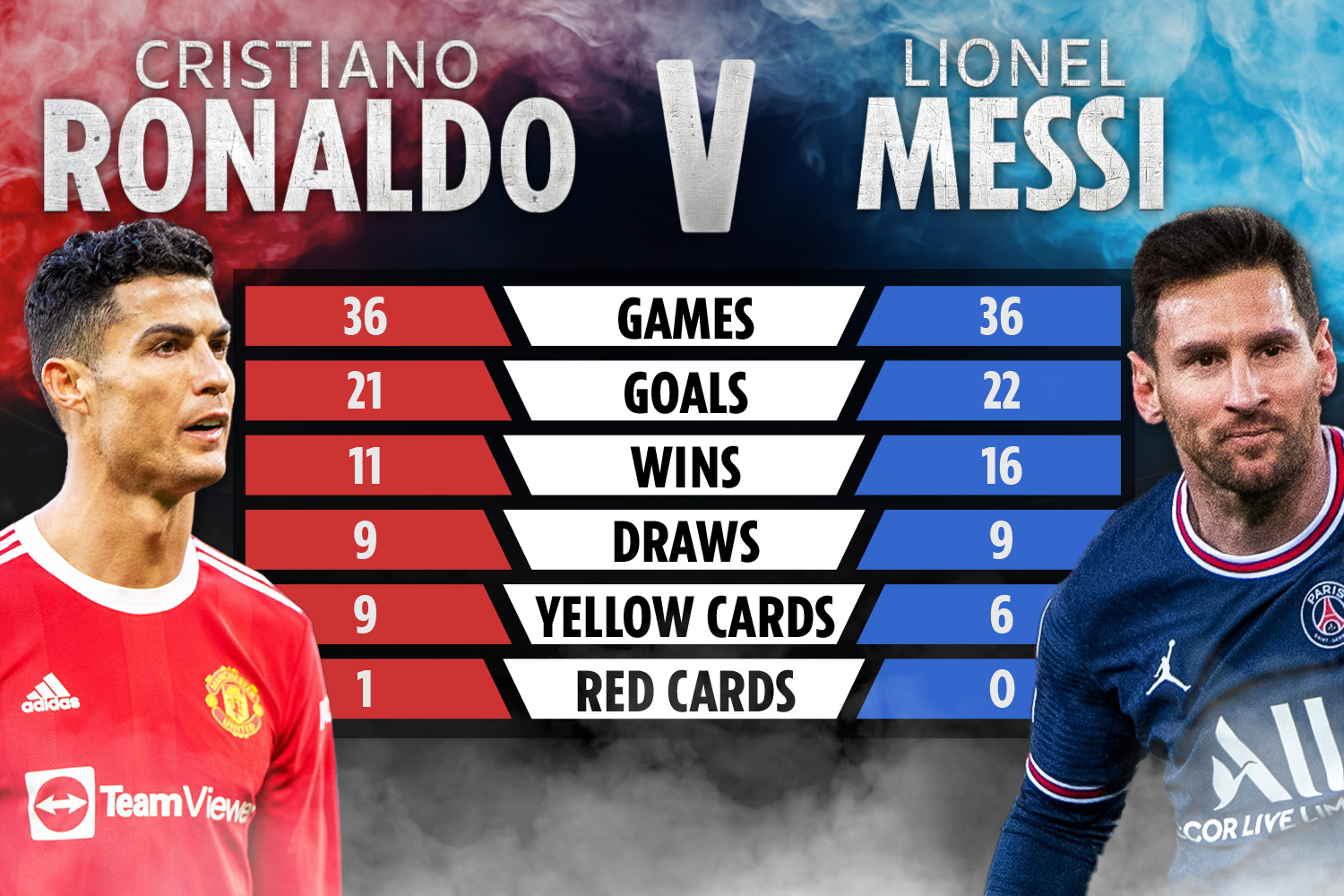 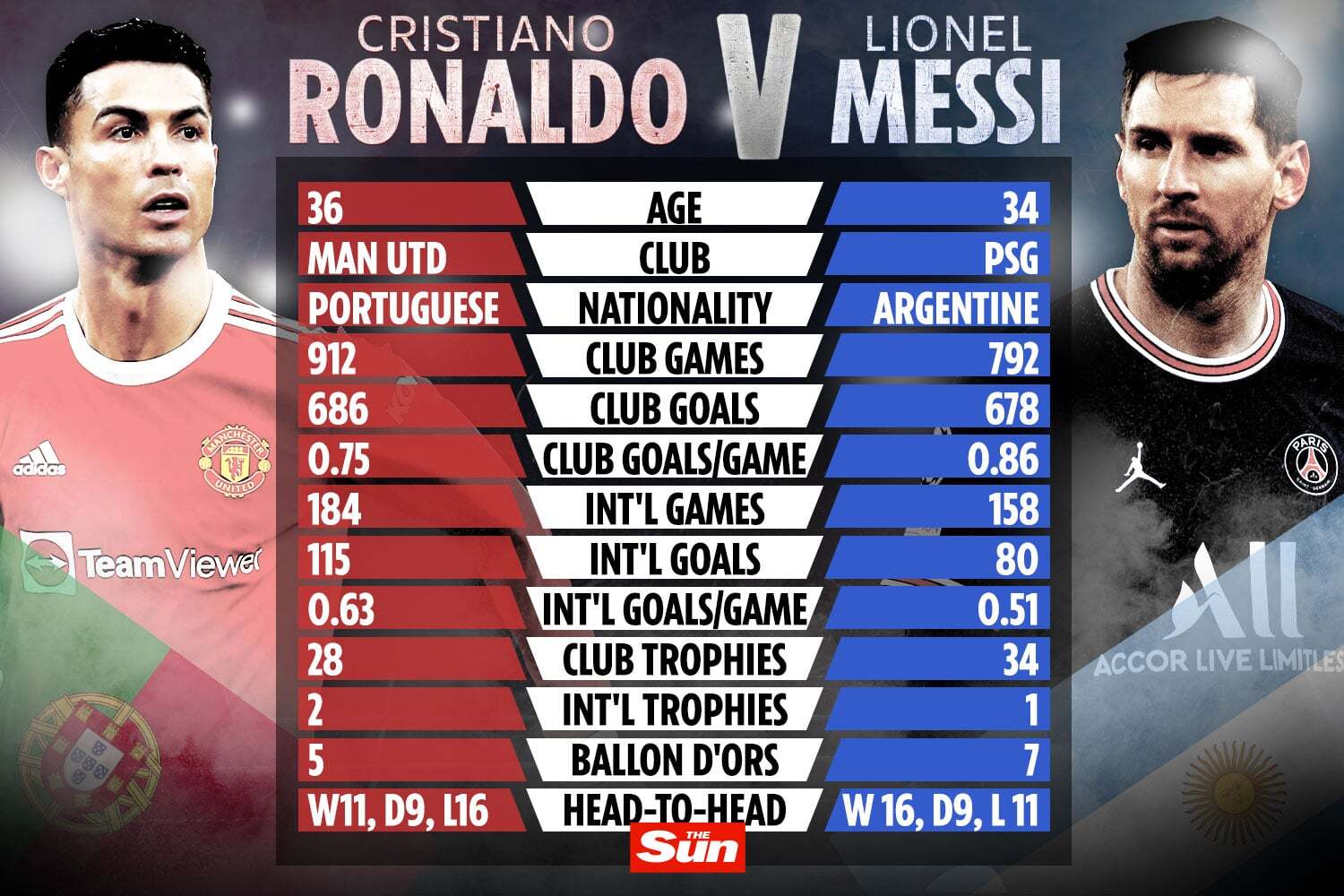 In previous years Ronaldo and Messi were expected to go head-to-head in the latter stages of the competition, or even the final, competing directly for the biggest prize in club football.

But this year they face-off in just the first round of the knockout stages.

And one of football’s greatest ever players will be going home early, despite both boasting excellent Champions League records this season.

That included dramatic late goals against both Villarreal and Atalanta.

Messi meanwhile has saved his best PSG form for Europe, scoring five in five in the Champions League, compared to just one in ten in Ligue 1.

The two-legged tie – scheduled for February – will be the 37th time the pair go up against each other in their careers, with Messi currently having the edge over CR7.

The Argentinian has beaten Ronaldo 16 times out of their 36 meetings so far, with nine draws.

And Ronaldo has come out on top in the other nine clashes between the two greats of the game.

They actually lined up on opposite sides of the pitch as recently as last season, as Barcelona and Juventus were drawn in the same Champions League group.

Ronaldo missed the first game due to Covid-19, but returned to score two penalties in the fixture at Camp Nou.

Both players have now moved on to pastures new, with Ronaldo of course back in England, and Messi in the French capital with PSG.

Ronaldo’s return to Manchester has hardly been a fairy tale though, with United nowhere near challenging for the Premier League title this season.

Messi though was still full of praise for his rival last month, saying: “It’s been a long time since we stopped competing in the same league. We competed individually and as a team for the same goals.

“It was a very beautiful period for us and also for the fans because they enjoyed it very much. It is a beautiful memory that will remain in the history of football.”

Bizarrely when the game was eventually announced it was the SECOND time United’s name had been out, with fans convinced the draw was fixed.

United were pulled out to face Villarreal, but of course that tie is impossible as the Spaniards were in the same group as Ralf Rangnick’s side.

Eventually though former Arsenal man Andrey Arshavin pulled out PSG’s name, so it will be Les Parisiens vs Manchester United for a place in the quarter-finals of the Champions League.

The pair meet after PSG only managed to qualify second from Group A, behind Manchester City.

In theory that would have meant an easier draw for the Red Devils, but that’s far from the case.