CRISTIANO RONALDO and Lionel Messi are just two sports stars to be honoured with waxworks at Madame Tussauds in Dubai.

The life-size wax replica museum chain opened its doors to the public on Thursday at Bluewaters Island with over 60 high-profile celebrities on display.

Cristiano Ronaldo has been honoured with a waxwork at Madame Tussauds in DubaiCredit: AFP 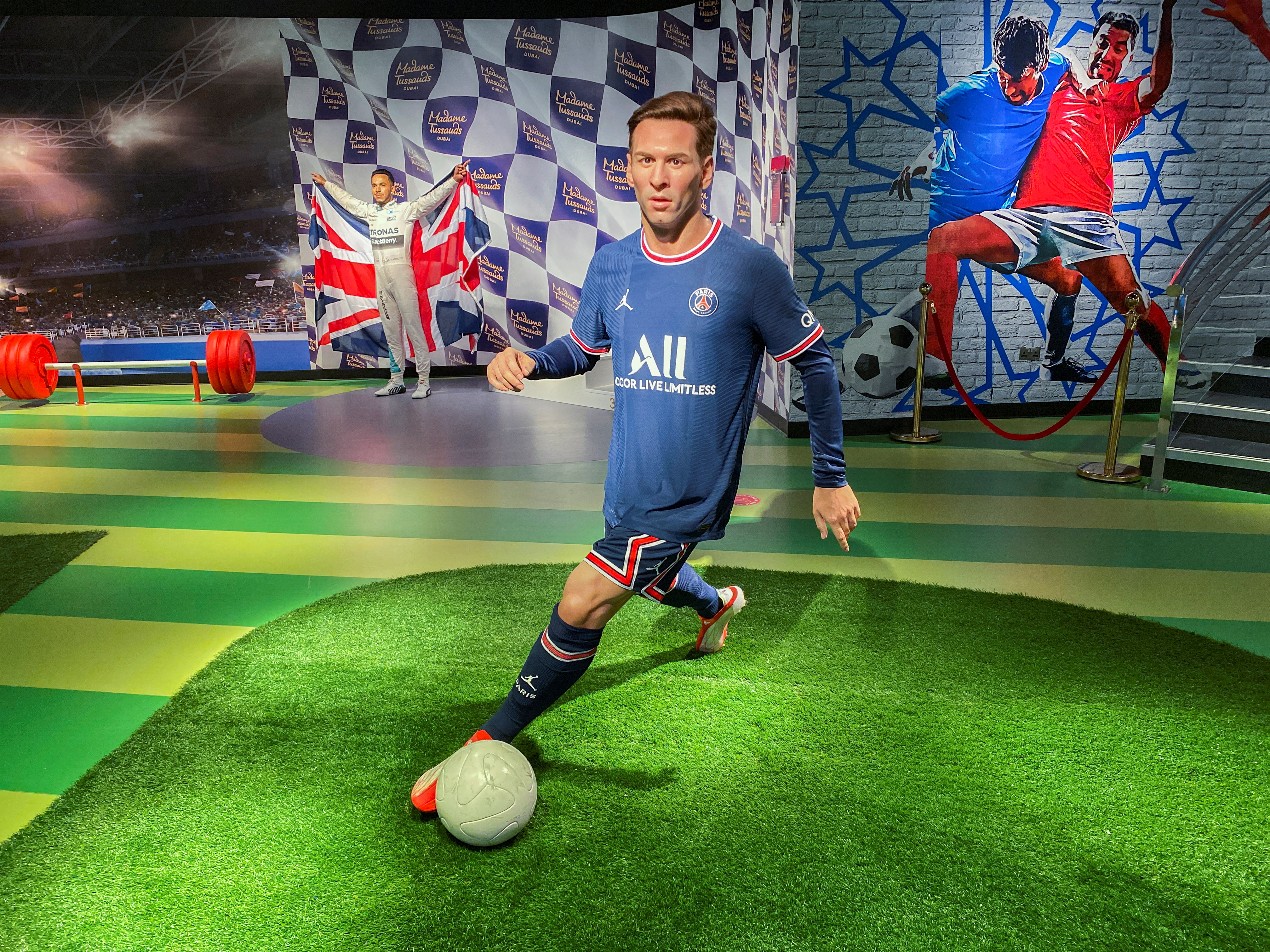 Lionel Messi also has a wax figure at Bluewaters Island on display for the publicCredit: Reuters

The figures were created over a six-month period by 20 artists at the London studio.

Incredibly, each individual strand of human hair was implanted using needles, and thankfully for Ronaldo, this time his statue resembles the five-time Ballon d’Or winner.

The Manchester United striker, 36, knows all about statue fails after his bronze bust at Madeira Airport was ridiculed online.

And this ice sculpture also drew criticism after being shown to the public before the 2018 World Cup.

Red Devils supporters will not be pleased by what Ronaldo is wearing in Dubai with the Portugal international draped in former club Juventus’ colours.

Paris Saint-Germain forward Messi also may not be happy with his statue. 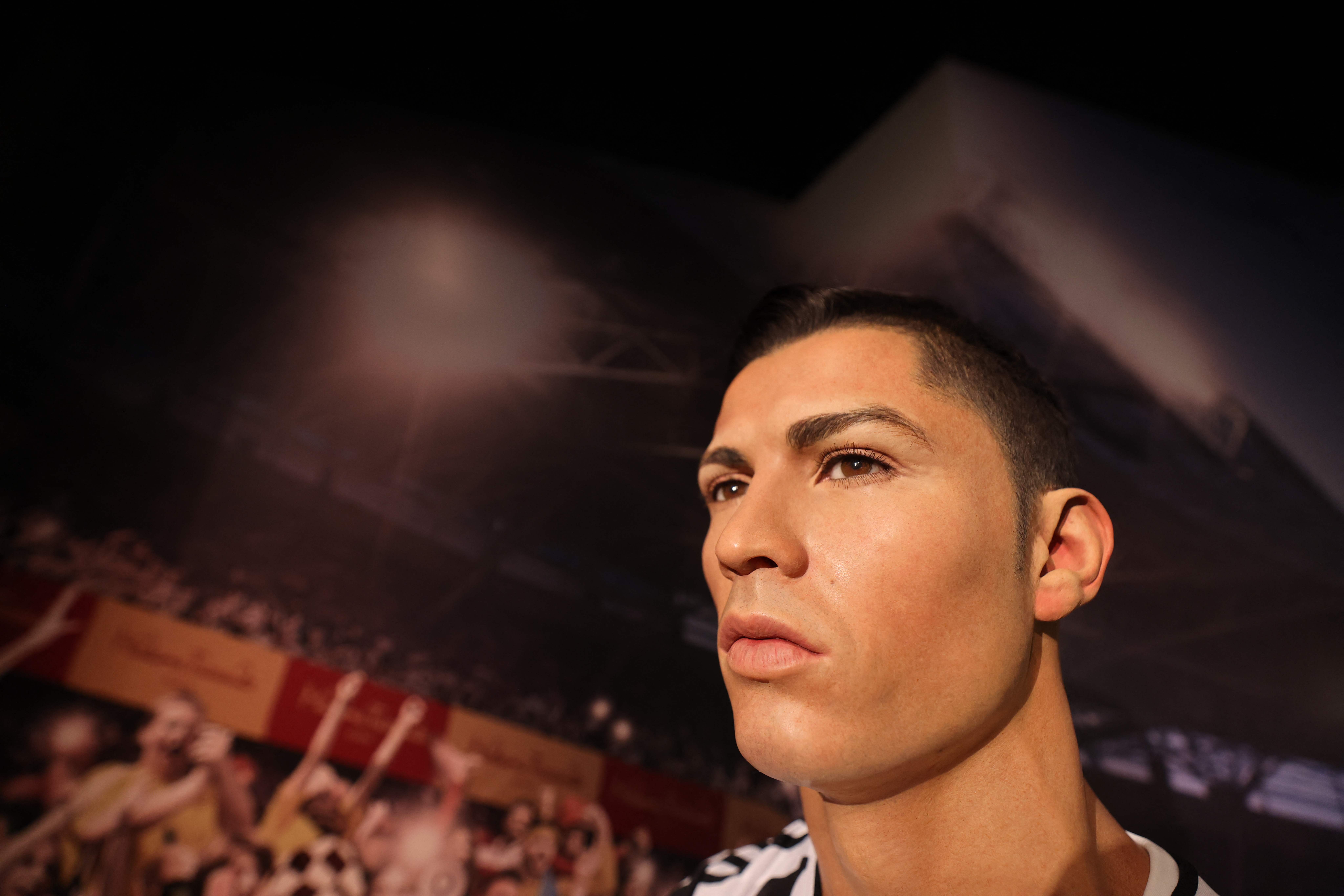 Portuguese ace Ronaldo has been the victim of awful statues in the pastCredit: AFP 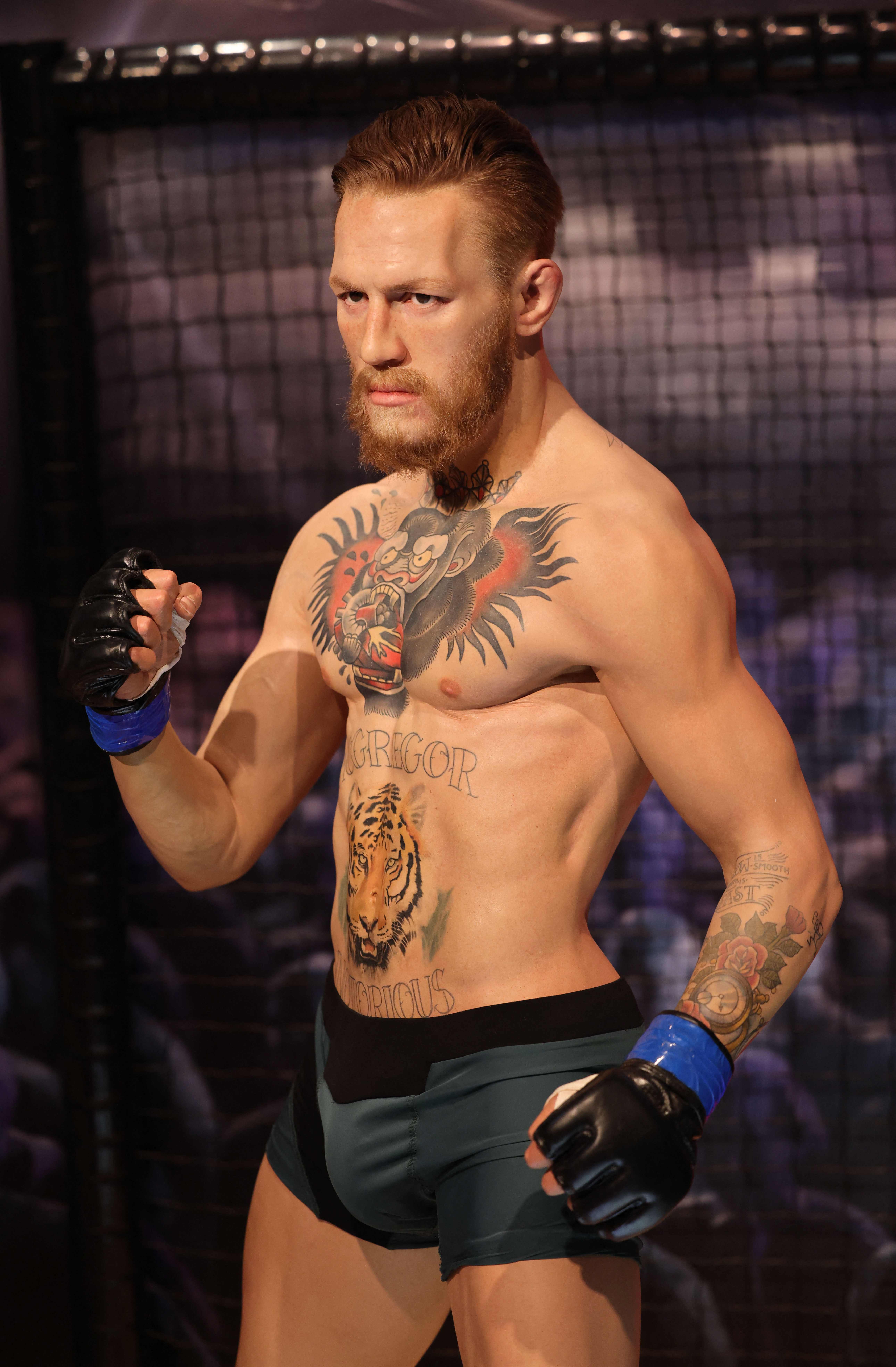 UFC king Conor McGregor has a waxwork that is the spitting image of himselfCredit: AFP 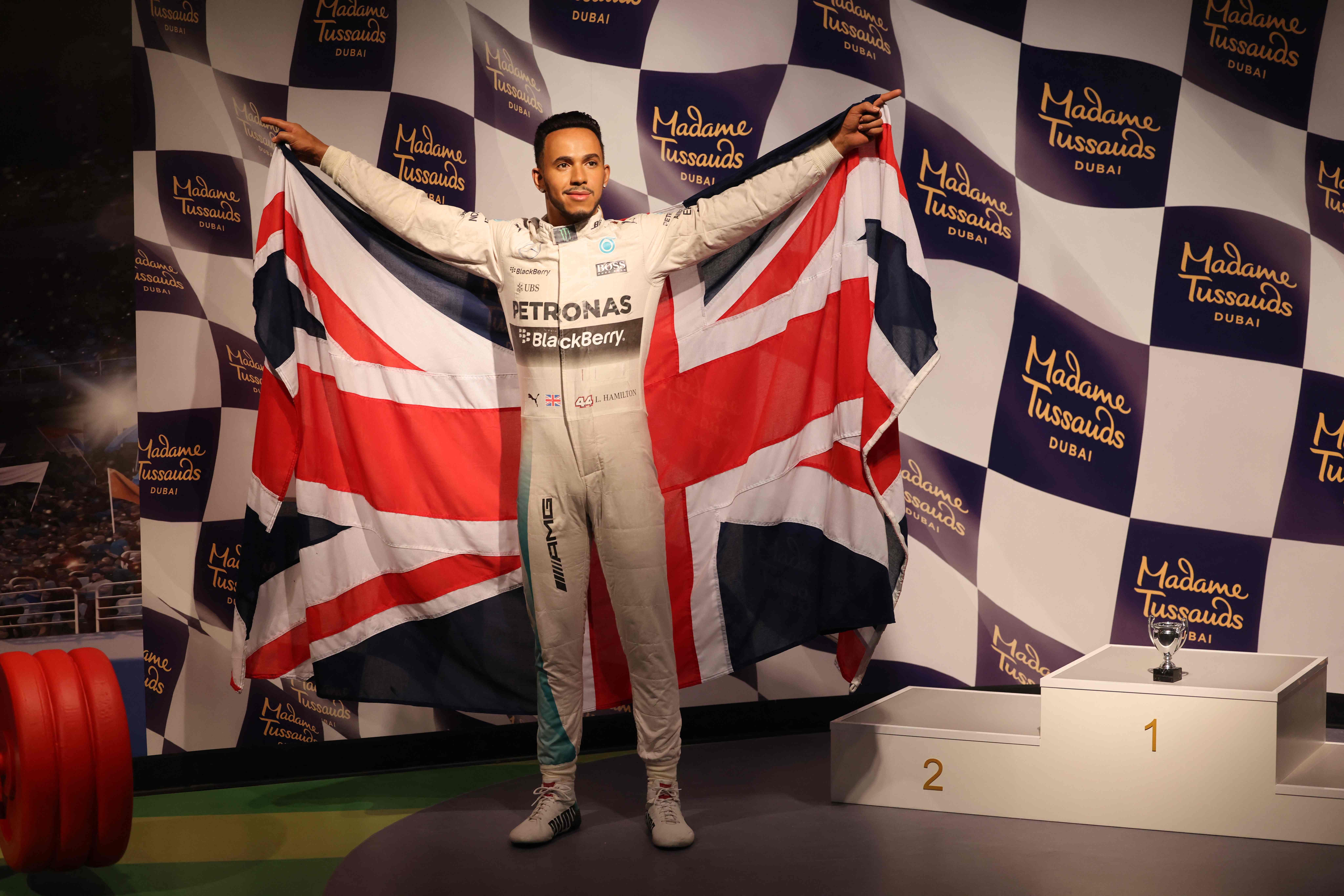 Formula One driver Lewis Hamilton is another high-profile celebrity on displayCredit: AFP

Looking like his eFootball avatar, the Argentine ace’s waxwork is wearing the PSG kit with a ball at his feet.

Other sporting icons to have their own waxworks include David Beckham, Conor McGregor, Virat Kohli and Lewis Hamilton.

Fans were split on the likeness of Ronaldo and Messi’s figures, as one user commented: “Actually quite good.”

Another said: “Ronaldo n (sic) Messi look nothing like that.”

United fans are slowly starting to turn on Ronaldo due to the club’s poor form.

Taking to social media after Leicester’s 4-2 win against United on Saturday, one supporter tweeted: “Ronaldo creates many problems and solves very little.

“If he keeps on playing like this then it wouldn’t surprise me if we shipped him off in January. He must do more or step aside.” 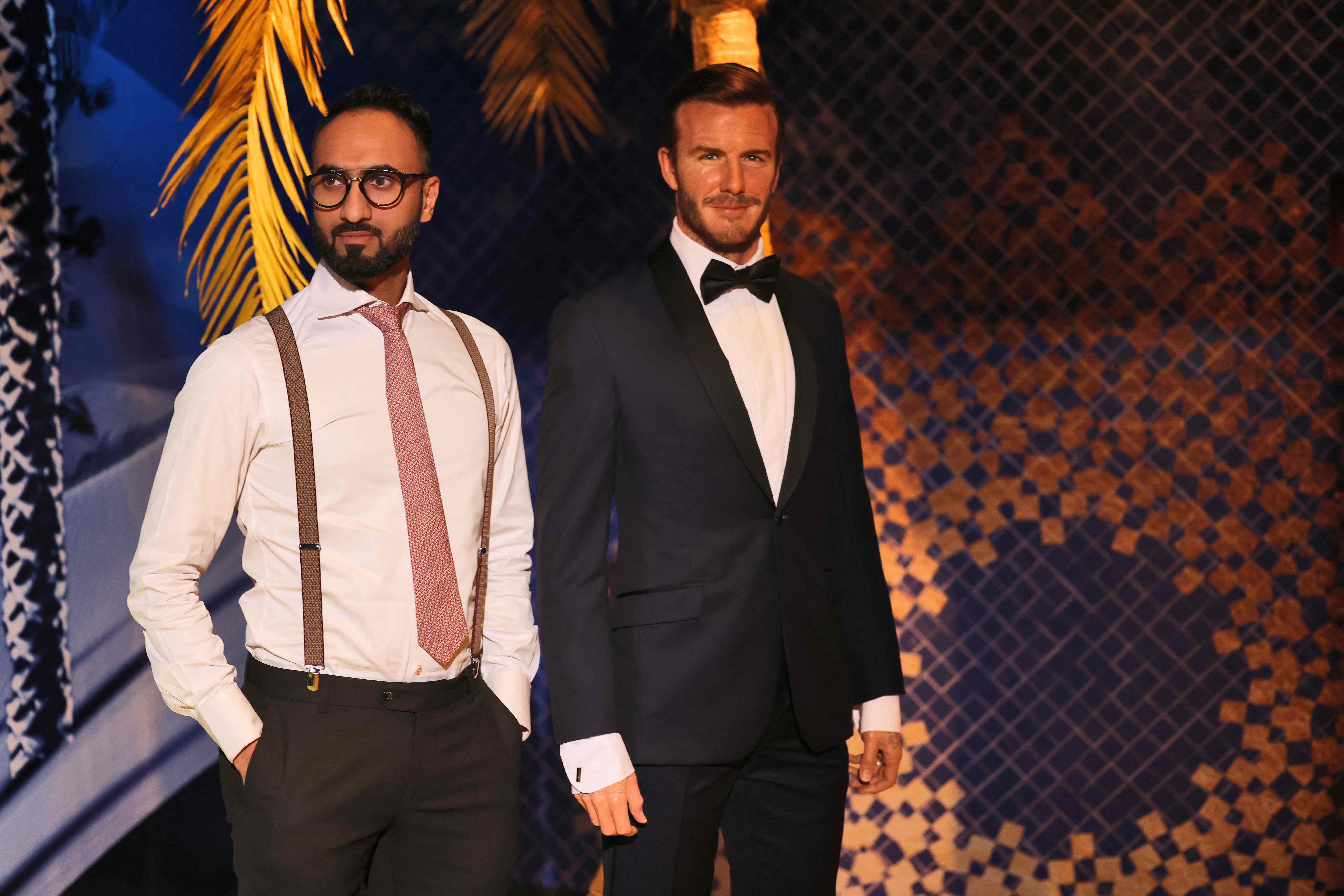 A visitor poses for a picture next to the David Beckham waxwork in DubaiCredit: AFP 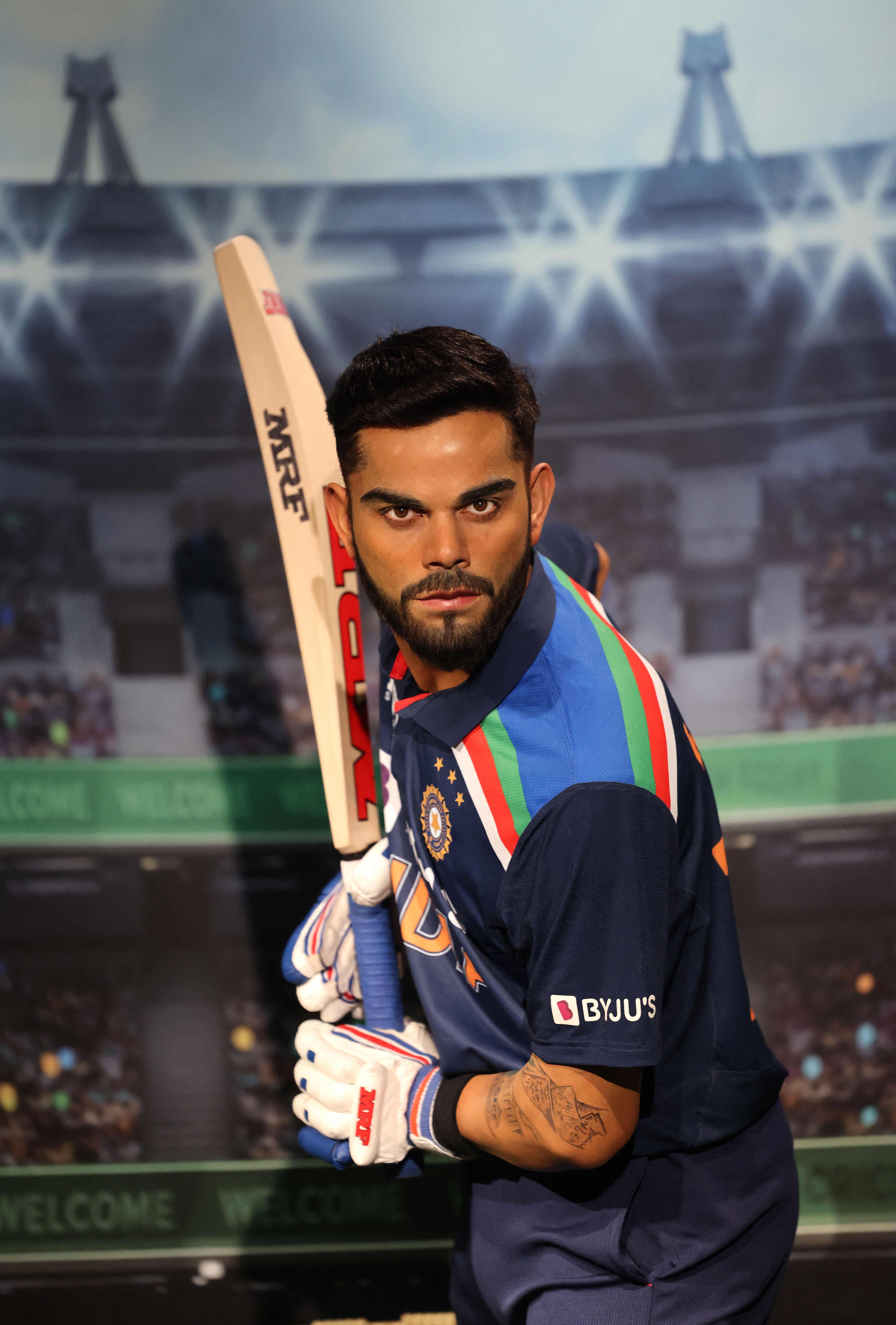 Indian cricket star Virat Kohli can be seen preparing to bat in his waxworkCredit: AFP

Another remarked: “The reality is he will be 37 in less than six months. He can still poach goals but how much more is he really contributing to winning football?”

Though some pointed out he doesn’t have a midfield capable of creating him an abundance of chances.

One commented: “He needs a midfield. Man U have absolute no tactics, they don’t know what they are doing. Look at Liverpool and City the way they play when they have the ball. Man U need to get rid of OLE.”