CRISTIANO RONALDO and Georgina Rodriguez are continuing to relax on their luxury yacht.

And the happy couple posted cute snaps cosied up on the deck soaking up the rays.

Cristiano Ronaldo and Georgina Rodriguez enjoyed a cuddle on their holidaysCredit: Instagram 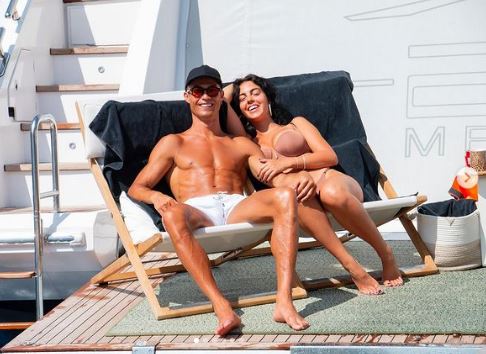 The happy were clearly having a great time in MajorcaCredit: Instagram

Georgina, 27, took to Instagram to share the pics with her 25.6million followers and captioned it: “Lots of love.”

That included some cuddled up on the sun loungers – Ronaldo in his trunks and his girlfriend in a bikini.

And others showed the four kids – Cristiano Jr, Eva, Mateo and Alana Martina – playing in a paddling pool.

Another included a wider shot of the stunning boat with Ronaldo and Rodriguez posing alongside friends Edu Aguirre and Julia Salmean as well as personal trainer pal Tony Garcia Jimenez.

The Juventus forward also posted on the social media platform with pictures of himself with Georgina and another hugging his ‘baby boy’ Cristiano Jr.

And in typical Cristiano fashion, there was one on his story of the 36-year-old looking absolutely ripped and his shorts pushed right up to reveal his thighs.

The family holiday comes following Portugal’s exit from Euro 2020 at the hands of Belgium in the last 16.

The five-time Ballon d’Or winner will return to action with Juventus for pre-season in the coming weeks as he enters the final 12 months of his contract in Turin. 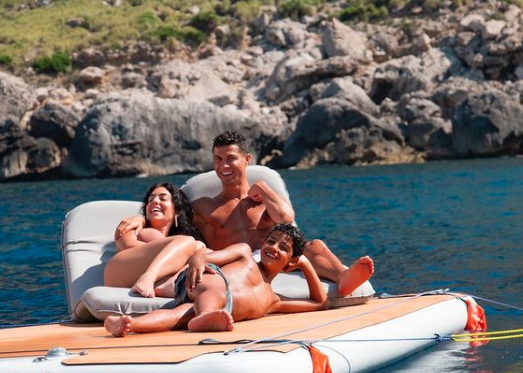 Cristiano Jr was also having fun soaking up the Mediterranean sunCredit: Instagram 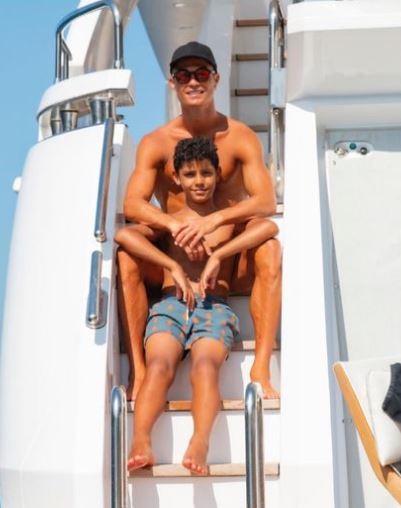 They headed off the coast near Pollensa in the north of Majorca.

The boat he went out to sea on with his family is thought to be the 88-feet long Azimut Grande, the super-yacht he purchased last June which boasts five luxury cabins and six bedrooms.

Azimut Grande is capable of reaching 28 knots, thanks to two 1,900 horsepower engines, and is made of carbon fibre weighing a whopping 93 tonnes.

Ronaldo used to rent the Africa I yacht from a charter company before buying his own vessel. 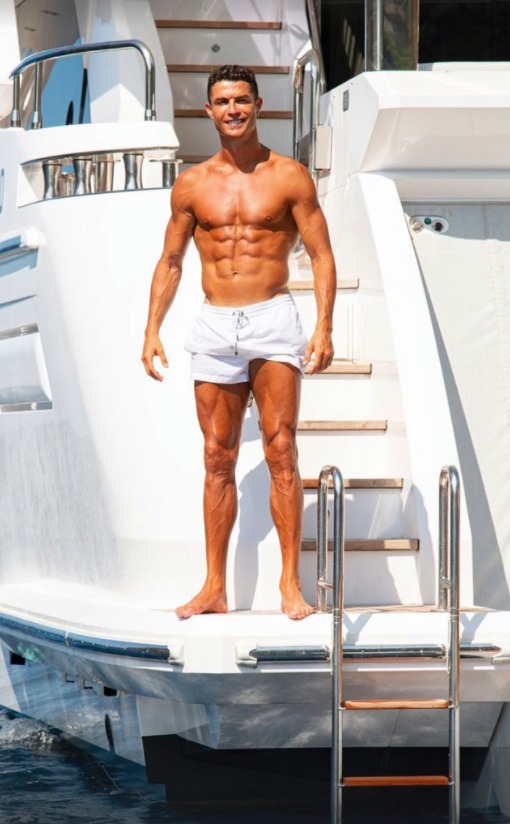 The Juventus could not resist posting one photo of his muscular body on show for allCredit: Instagram 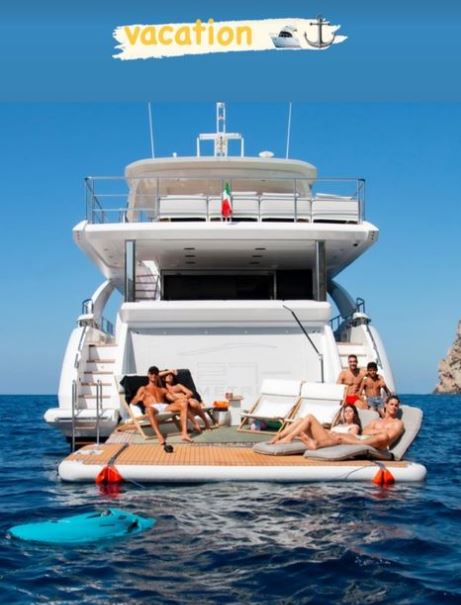 They made the most of their luxury Azimut Grande yacht with friendsCredit: Instagram 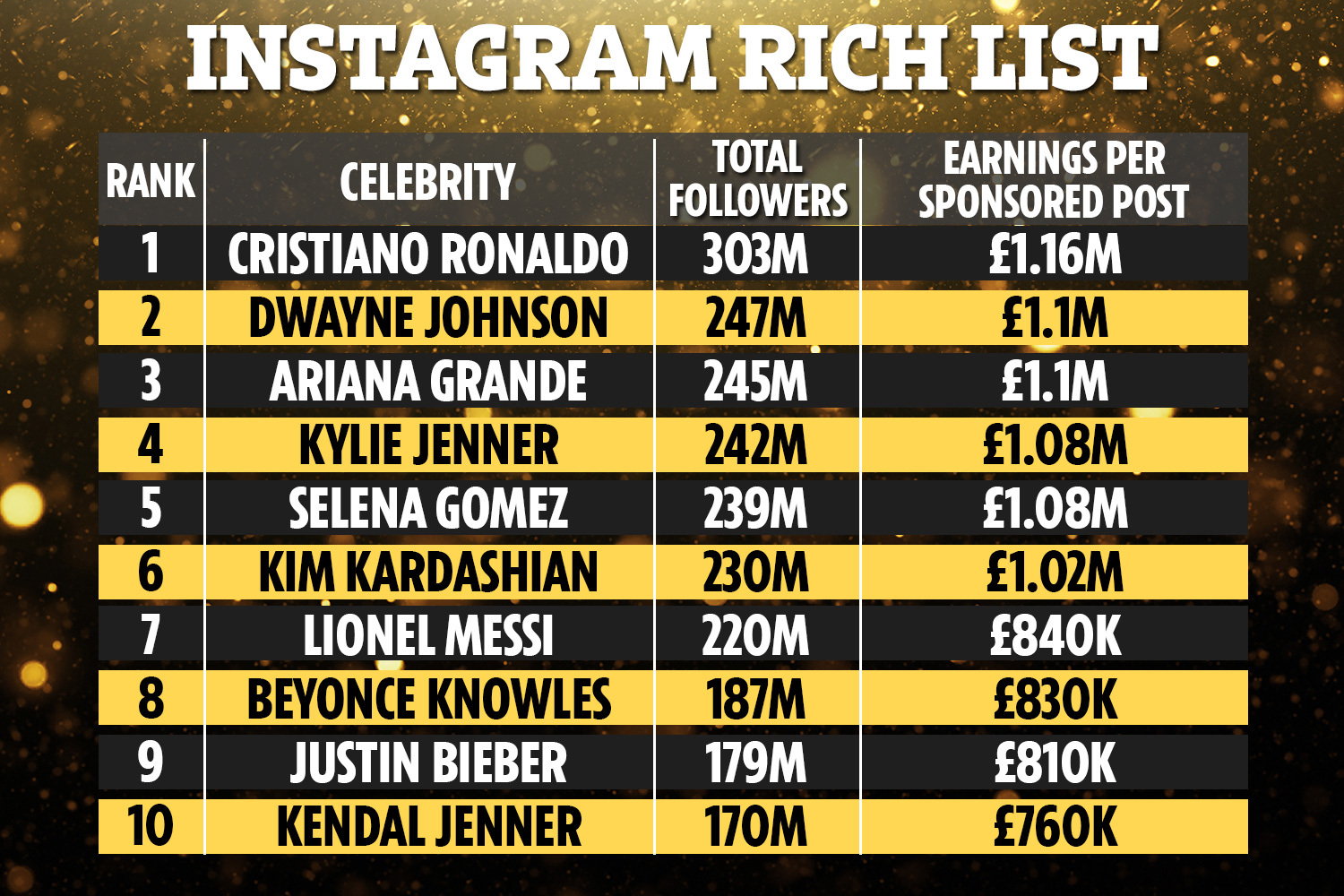