SCOTT PARKER’S inspired side summoned up the spirit of Papa Boupa Diop to grab three crucial points – as they recorded only their second away Premier League win in 26 attempts.

The Cottagers clambered out of the bottom three with their first success on the road since they beat relegated Bournemouth in April 2019, as Leicester missed a glorious chance to go joint-top of the table. 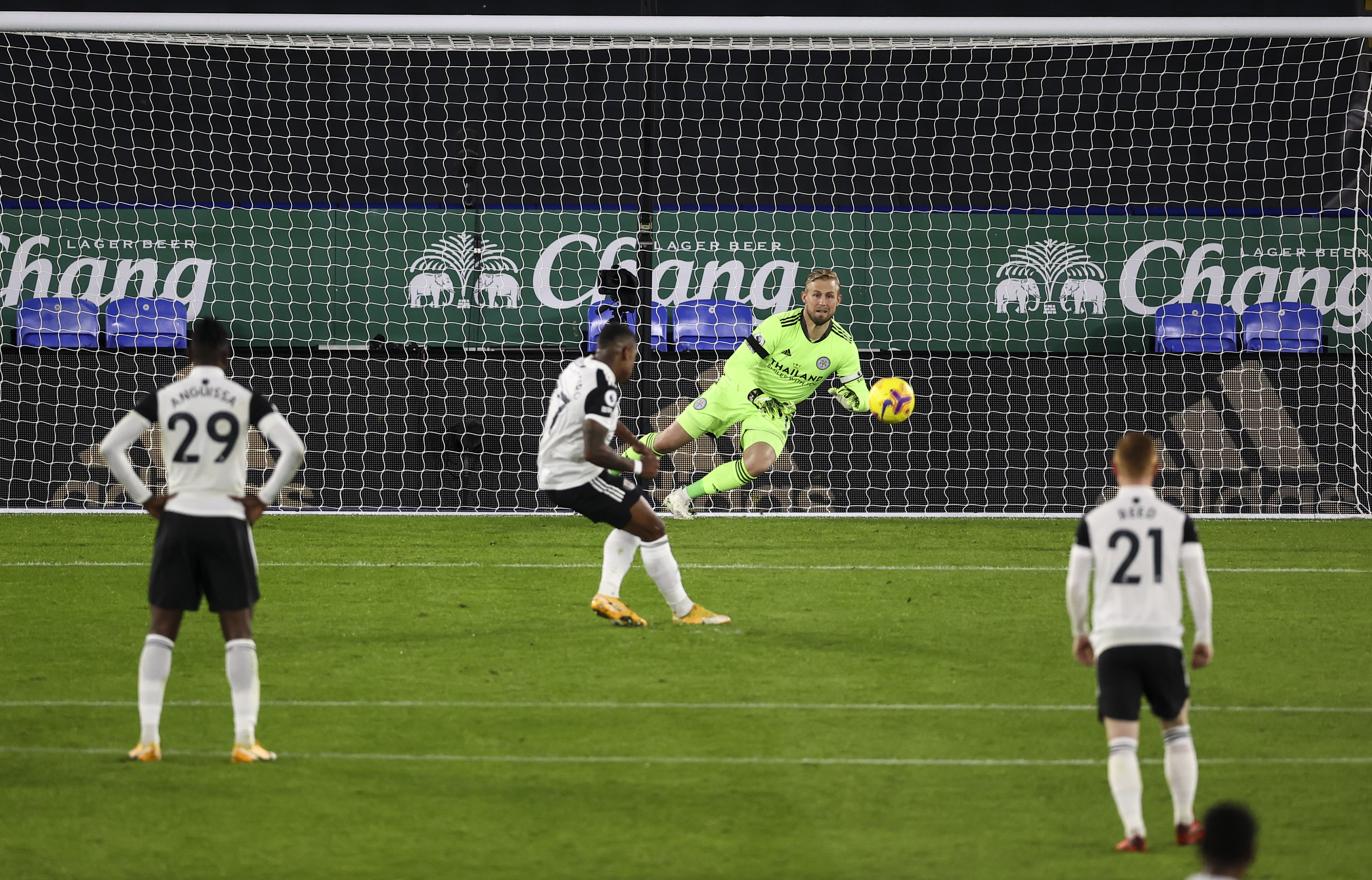 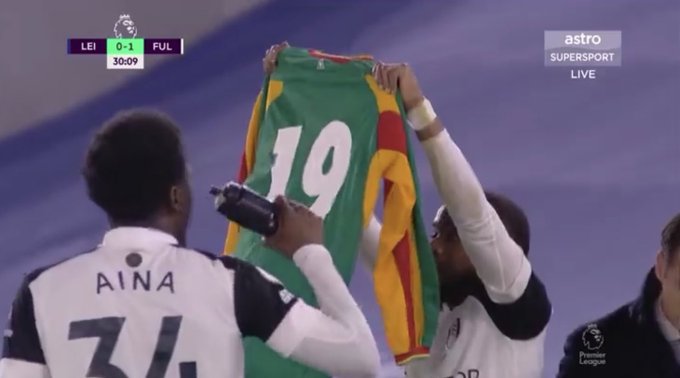 It was the perfect way for Fulham to honour the memory of the 42-year-old who passed away following a long illness.

Dubbed The Wardrobe by his teammates and friends, Parker’s players showed hearts of oak to withstand a late Leicester onslaught.

There has been much talk about the return of fans to the game and the benefits of clubs being able to call on their ‘12th man again.’

To Fulham’s credit they weren’t just content to pay tribute to Diop with words, no matter how heartfelt and sincere.

The greatest homage they could pay the former Senegal midfielder was to recapture his spirit and replicate his class and commitment all over the park.

Diop was Scott Parker’s 12th man yesterday as his players dug deep and left a shell-shocked Leicester scratching their heads and wondering what had hit them.

The Cottagers hung up Diop’s Senegal shirt in their dressing room, then went out and gave a performance which would have made him proud as they honoured one of their own.

Dogged, resolute and focussed in defence. Hard-working, conscientious and inventive in midfield. Lively and clinical up front. 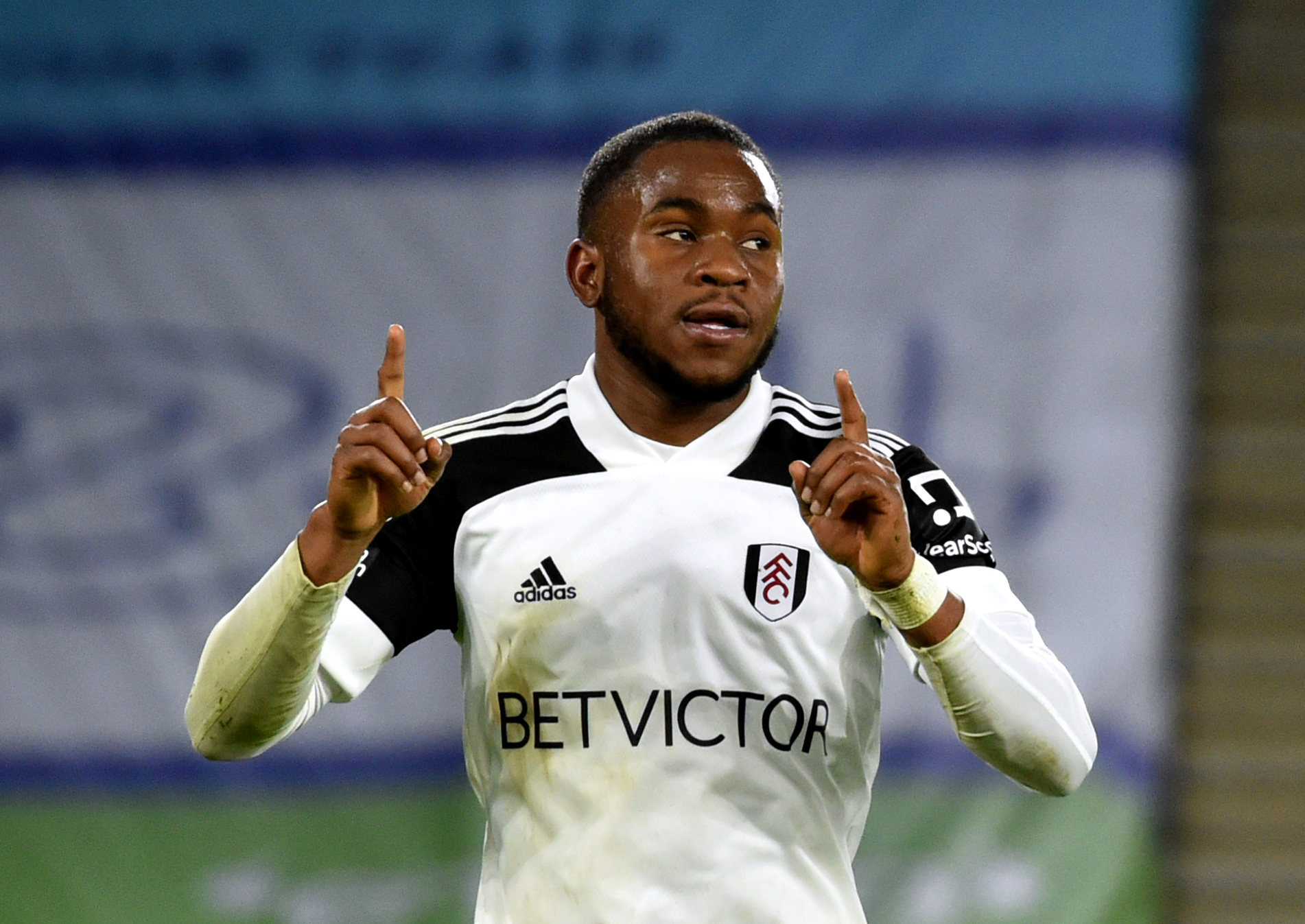 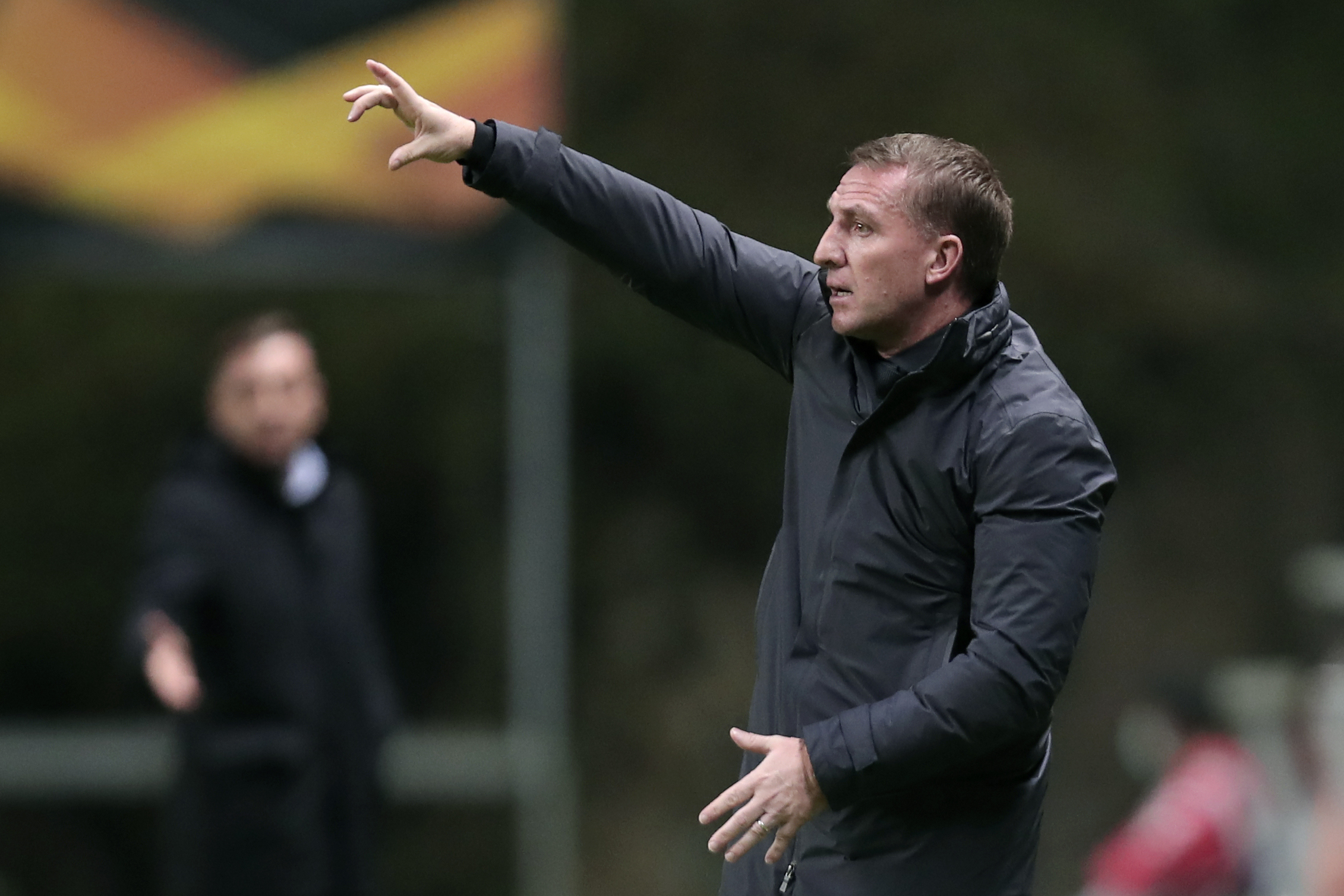 Brendan Rodgers’ side struggled to get anything goingCredit: AP:Associated Press

They didn’t have a failure in any department. They even managed to stick away a penalty!

But initially they rode their luck as they survived a couple of close calls when the home side rattled their crossbar twice within seconds.

James Justin was heading towards the Fulham penalty area when Harrison Reed cynically whipped both feet away from him.

James Maddison’s free kick was charged down by Fulham’s leaping wall. However Youri Tielmans met the rebound on the volley with a sweet left foot strike which beat Alphonse Areola but smacked off the base of his right post.

Wesley Fofana followed up and beat the ‘keeper again but somehow, from six yards he managed to clip the crossbar as Fulham somehow survived.

Having worked their way into the game the visitors started asking questions of their own and Kasper Schmeichel had to get his angles right to deny Antonee Robinson after Ademola Lookman and Ivan Cavaleiro combined to carve the Foxes apart.

Two minutes later Parker’s pumped-up side broke the deadlock on the half hour as Ademola Lookman atoned for his horrific spot kick miss against West Ham with a stunning goal.

Huge credit should go to Andre-Frank Zambo Anguissa who surged forward on a lung-bursting run which was longer than his extended name! 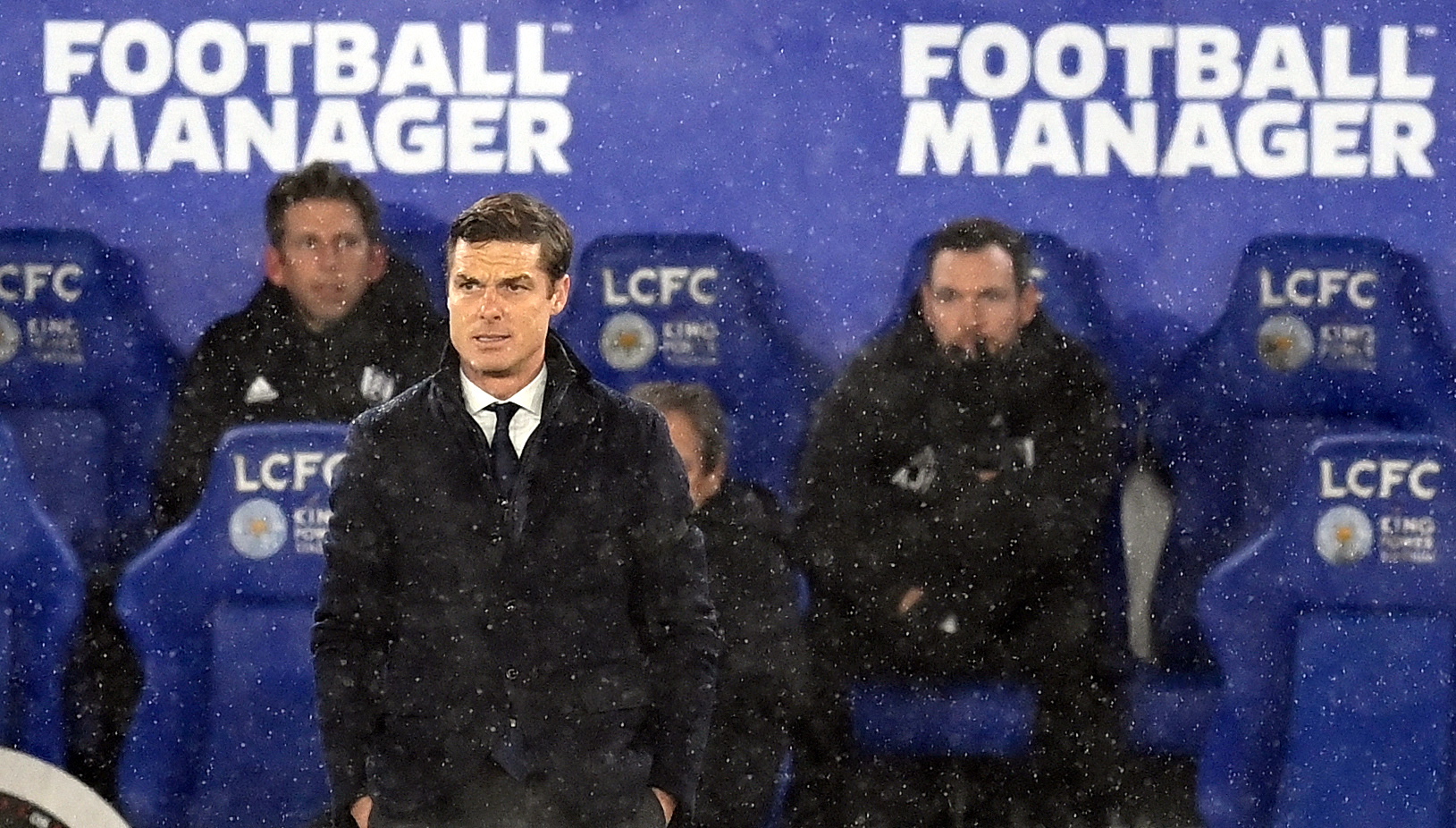 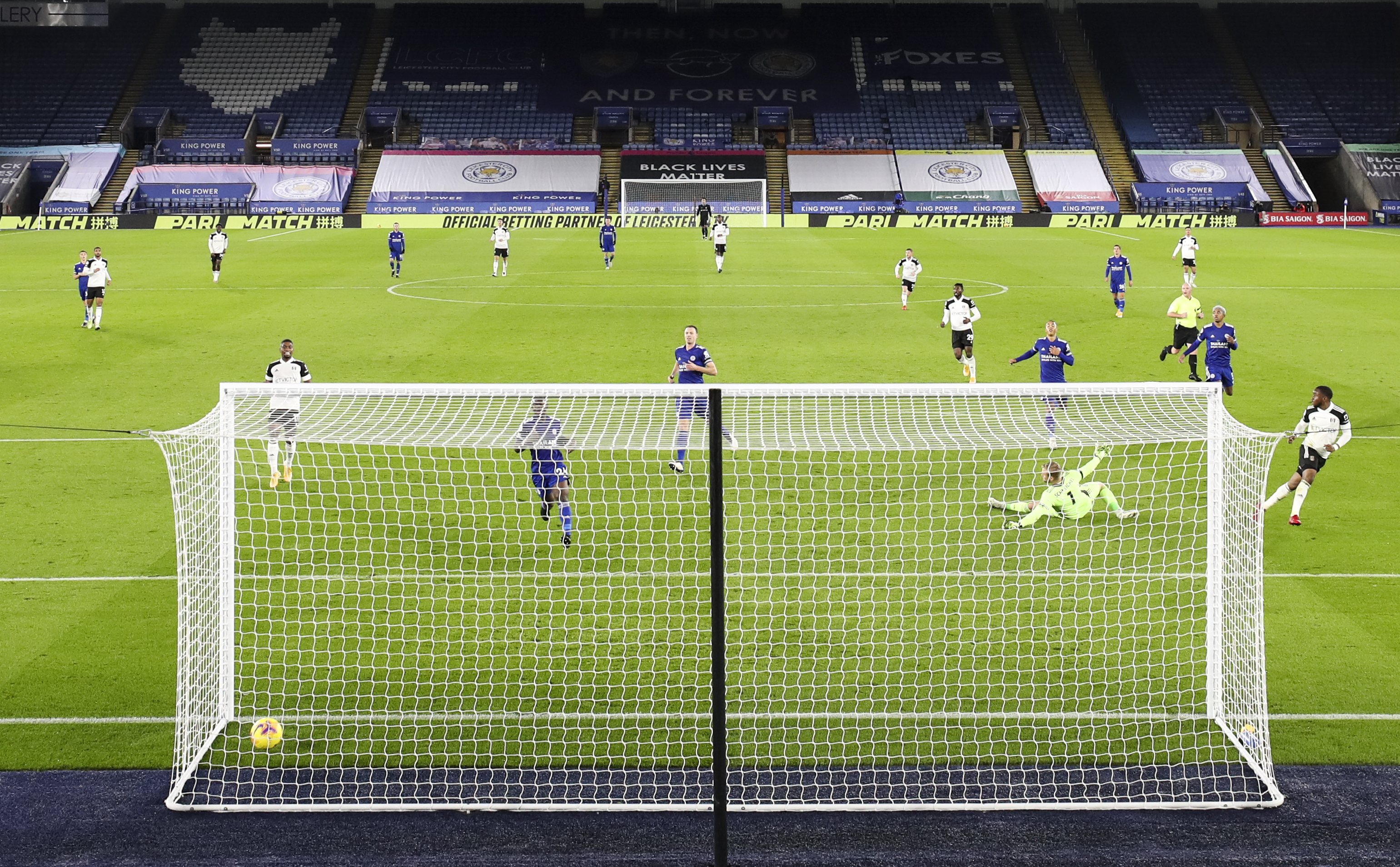 Lookman gave his side a first-half leadCredit: Times Newspapers Ltd

Sucking in the Foxes defence, he delivered a perfectly timed pass which sent Lookman scampering clear.

This time the sinner, who was hammered for being too casual against West Ham, used his coolness as a virtue as he opened up his body to expertly steer a right foot shot beyond Schmeichel and into the far corner.

Leicester tried to retaliate swiftly but Tosin Adarabioyo slid in to clear a wicked Vardy delivery yards from his own goal line.

Fulham were in no mood to wilt and went up the other end to earn a penalty 10 minutes before the break.

Christian Fuchs was too rash as he attempted to clear from Bobby Decordova-Reed and sent the midfielder tumbling.

Ref Simon Hooper waved aside Fulham’s claims but once play eventually halted he was urged to take another look by VAR Darren England.

A quick trip to his pitch side monitor left Hooper in no doubt and he swiftly reversed his initial decision. 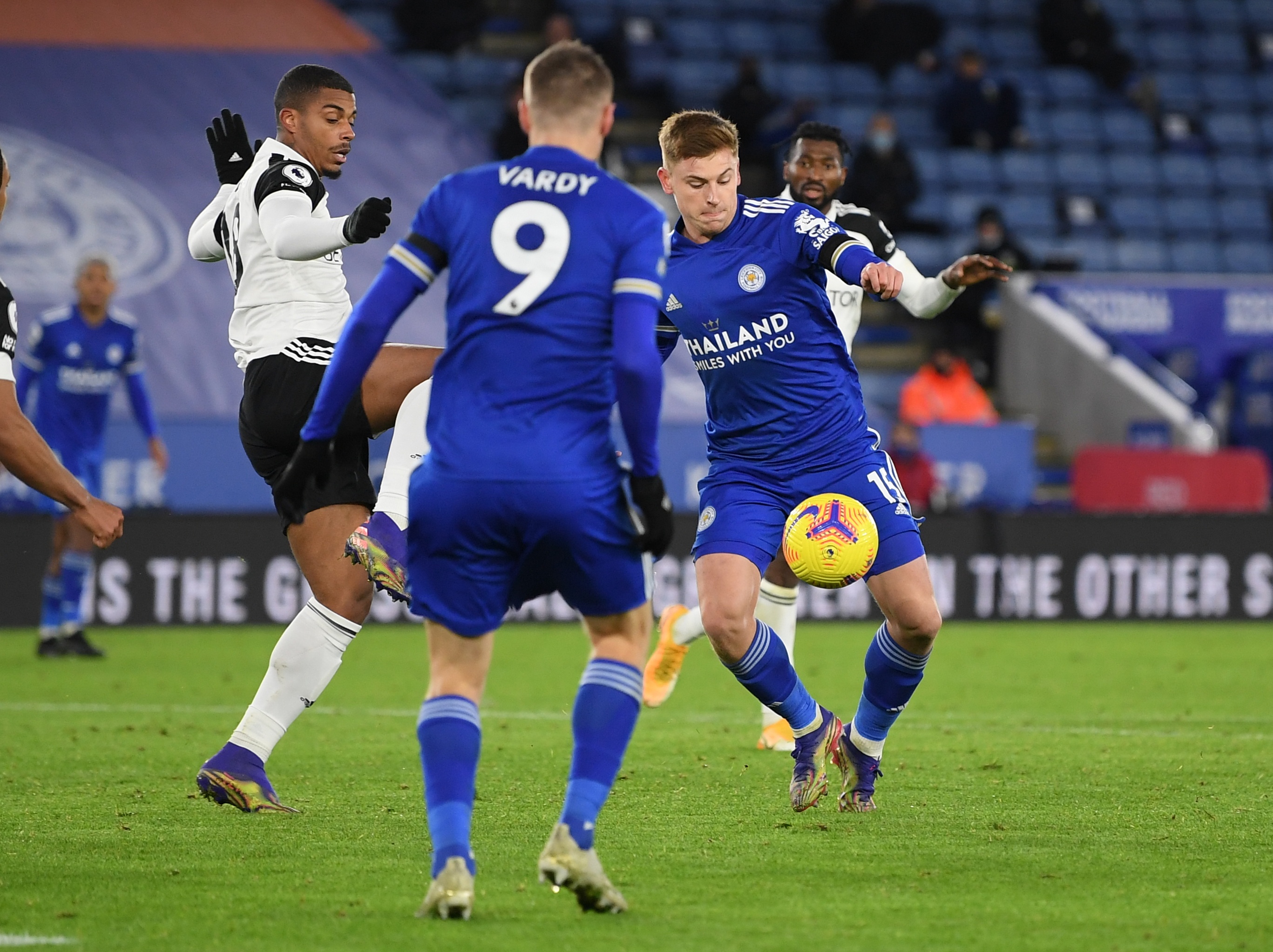 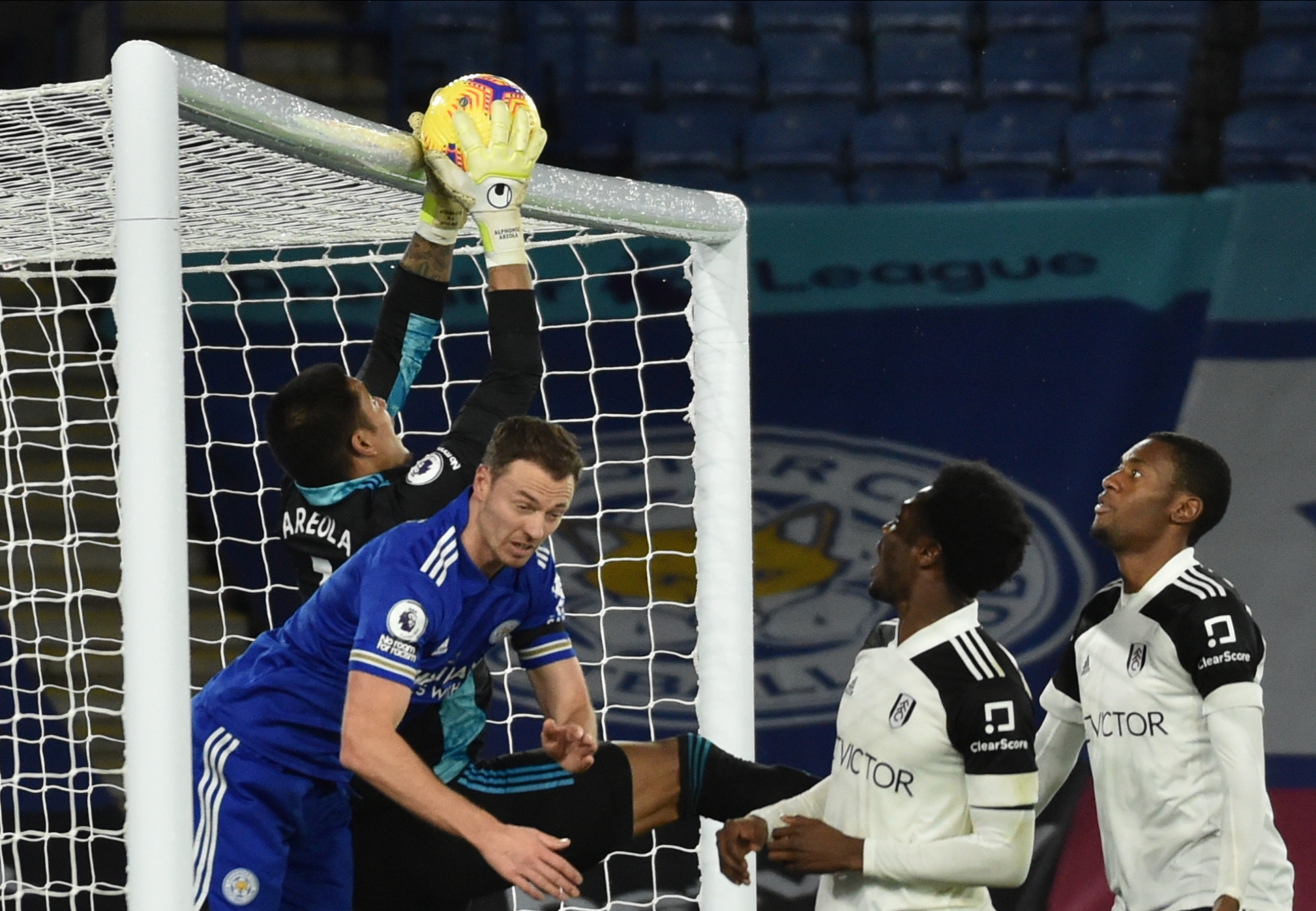 It was a massive test of character for a team who had squandered five of their last eight penalty kicks – each by a different player.

However Ivan Cavaleiro grabbed the ball, despite missing against Everton and held his nerve to slam his spot-kick just above Schmeichel’s raised right hand.

Brendan Rodgers sent on wingers Harvey Barnes and Cengiz Under at the break for Praet and youngster Luke Thomas, then striker Kelechi Iheanacho for Mendy, but Fulham continued to threaten.

Loftus-Cheek fired over after Lookman had pressed two rapid mistakes out of the Foxes defence and Schmeichel brilliantly beat out Lookman’s ferocious shot.

However Leicester gave themselves a lifeline with four minutes remaining when Vardy’s cushioned header was slammed home by Harvey Barnes.

As the game spilled into injury time Schmeichel strode up the park for a last-gasp corner but Fulham refused to buckle and Ola Aina tried a potshot from 40 yards which deflected for a corner.