CONOR McGREGOR has had his say on Ole Gunnar Solskjaer’s future at Manchester United – demanding he have his ‘role rearranged’.

The Norwegian chief, 48, is hanging by a threat at Old Trafford amid a horror run of form.

Conor McGregor has urged Man Utd to remove Solskjaer as coach – but ‘rearrange’ his role, hinting at a boardroom positionCredit: Instagram / @thenotoriousmma 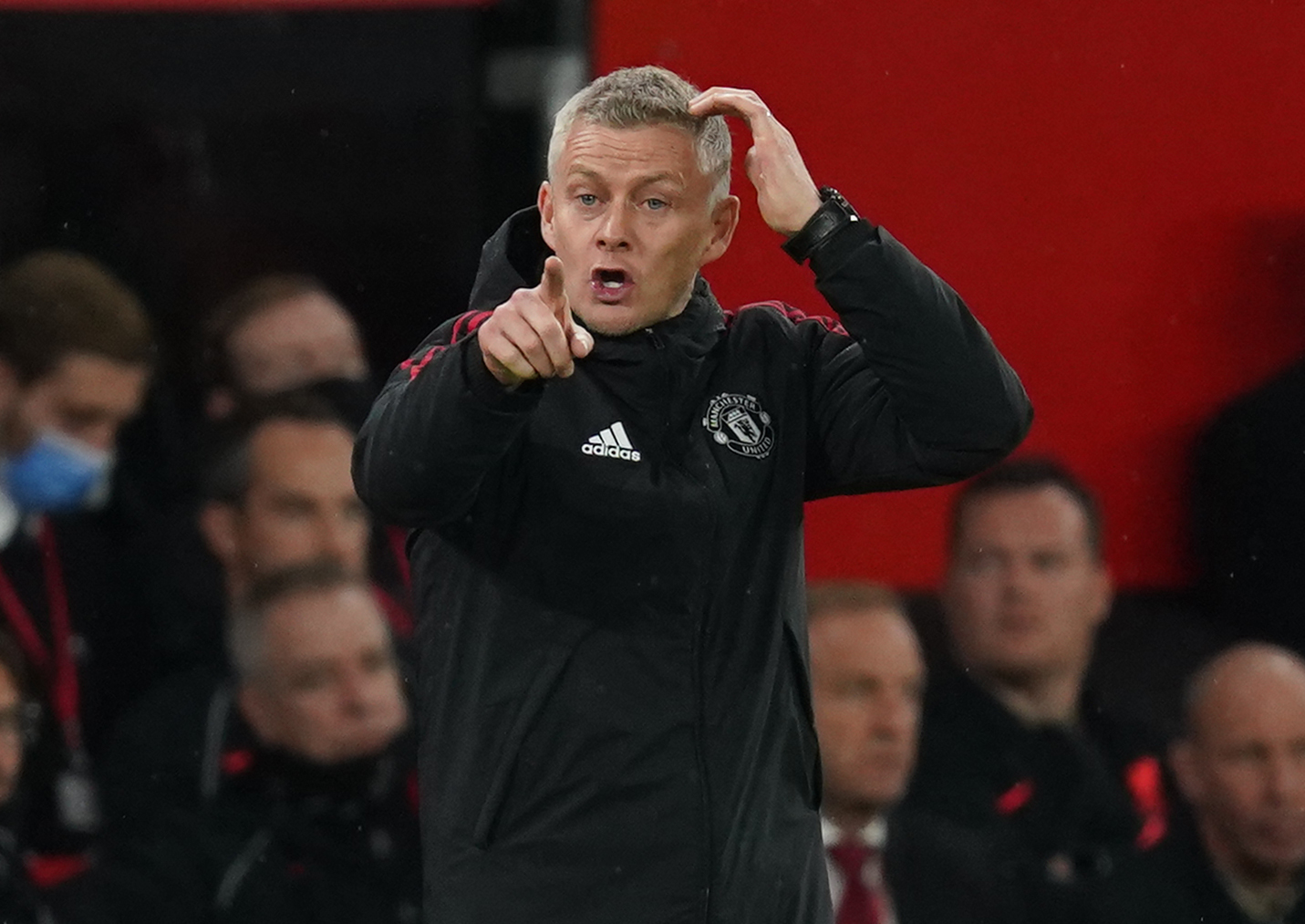 Solskjaer is desperately clinging to his job following the 5-0 home humiliation against LiverpoolCredit: PA

United lost 5-0 to arch-rivals Liverpool on Sunday and are now winless in their last FOUR Premier League games.

Languishing in seventh in the table and already eight points adrift of leaders Chelsea, Man Utd are ‘considering’ sacking Solskjaer.

The ex-Cardiff and Molde boss is expected to be in the hotseat for Saturday’s game against Tottenham, with Sir Alex Ferguson heading to Carrington to defend his former super-sub.

But Solskjaer knows he’s on borrowed time and Man Utd fan McGregor wants to see the Norwegian relieved of his coaching duties as he’s little more than a ‘peer’ the his players.

McGregor, 33, tweeted: “The issue at United is it’s just bunch of youngfellas talking to each other. Peers.

“You need some one above the group chat to take the helm.

“Ole was on the bench when Ronaldo played. A peer.

“Love and respect Ole to the max but his role needs rearranged. My opinion.”

When one fan suggested McGregor was firmly in the ‘Ole Out’ brigade, the Irishman lashed out with typical ferocity.

“His role simply to needs to be readjusted, and again, someone above the group chat needs brought in.

“Someone to command the young squad. God bless.”

When asked yet again if he was ‘Ole Out’, McGregor petulantly replied: “Your ma and your birds t**s out.” 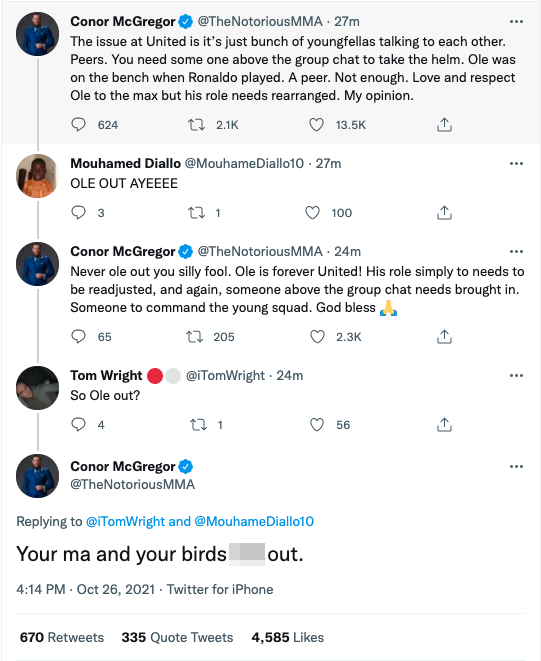 For now, United have drawn up a four-man shortlist to replace Solskjaer, should be be sacked.

Antonio Conte, Zinedine Zidane, Brendan Rodgers and Erik ten Hag are all being lined up to take over at Old Trafford.