But he is only the tenth youngest English ace to hit the target in Europe’s elite competition. 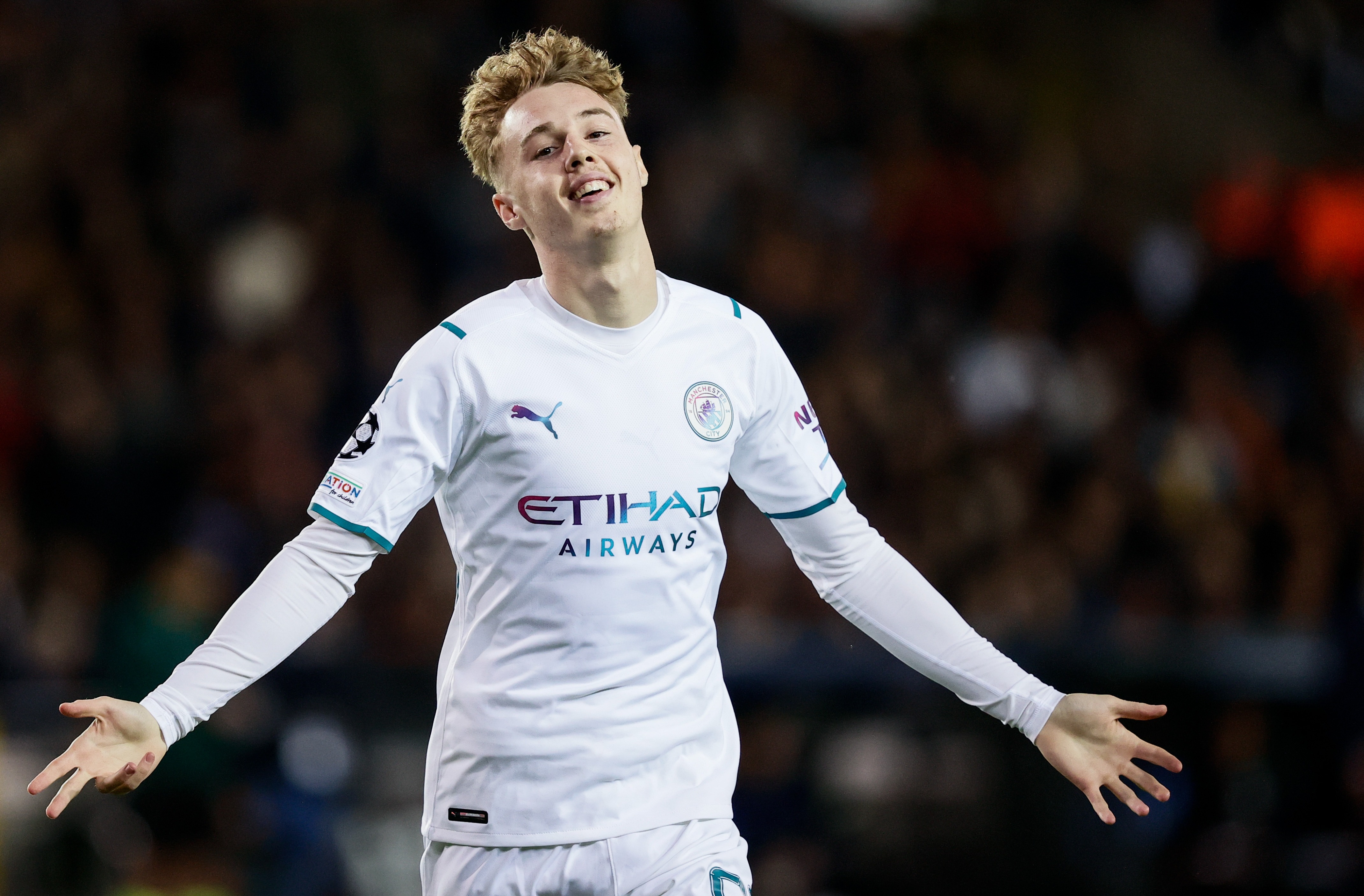 The versatile forward has already enjoyed a stellar week, featuring against Burnley before netting a hat-trick for City’s U23s.

And his goal against Brugge will be another moment he will never forget.

However, despite his tender age, Palmer is not the youngest Englishman to score in the Champions League.

Indeed, he is only the TENTH youngest, with nine others ahed of him in the pecking order.

The youngest player by a mile is Jude Bellingham, who was just 17 years and 289 days old when he netted for Borussia Dortmund.

Other big names on the list including City teammate Phil Foden, Manchester United’s Mason Greenwood and even Wayne Rooney.

Meanwhile, boss Pep Guardiola believes Palmer will only get better.

And he has revealed there are even more City youngsters waiting to be unleashed on Europe and the Premier League.

Guardiola said: “The people in this world want things immediately but everything needs time. You cannot cook a good dish if you don’t spend time in the kitchen.

“Cole has a special quality that’s difficult to find, he finishes it most of the time. He’s training with us and taking our principles. He’s a player for the future of this club.

“We also have Liam Delap, Sam Edozie, Luke Mbete, Romeo Lavia – five or six really good talented players in the academy. Who knows, if they continue to be humble and work they can be important for Manchester City.

“He [Palmer] played three or four minutes against Burnley for us on Saturday and then went and scored three goals for the academy later that day.

“Some players might be lazy, “oh I have a status and don’t want to play”. He went there, scored three and showed what he can do.”