CHELSEA star Callum Hudson-Odoi was hooked at half-time against Manchester United – with Thomas Tuchel confirming it was ‘partly tactical’.

The 20-year-old started at right wing-back for the crunch top-four clash. 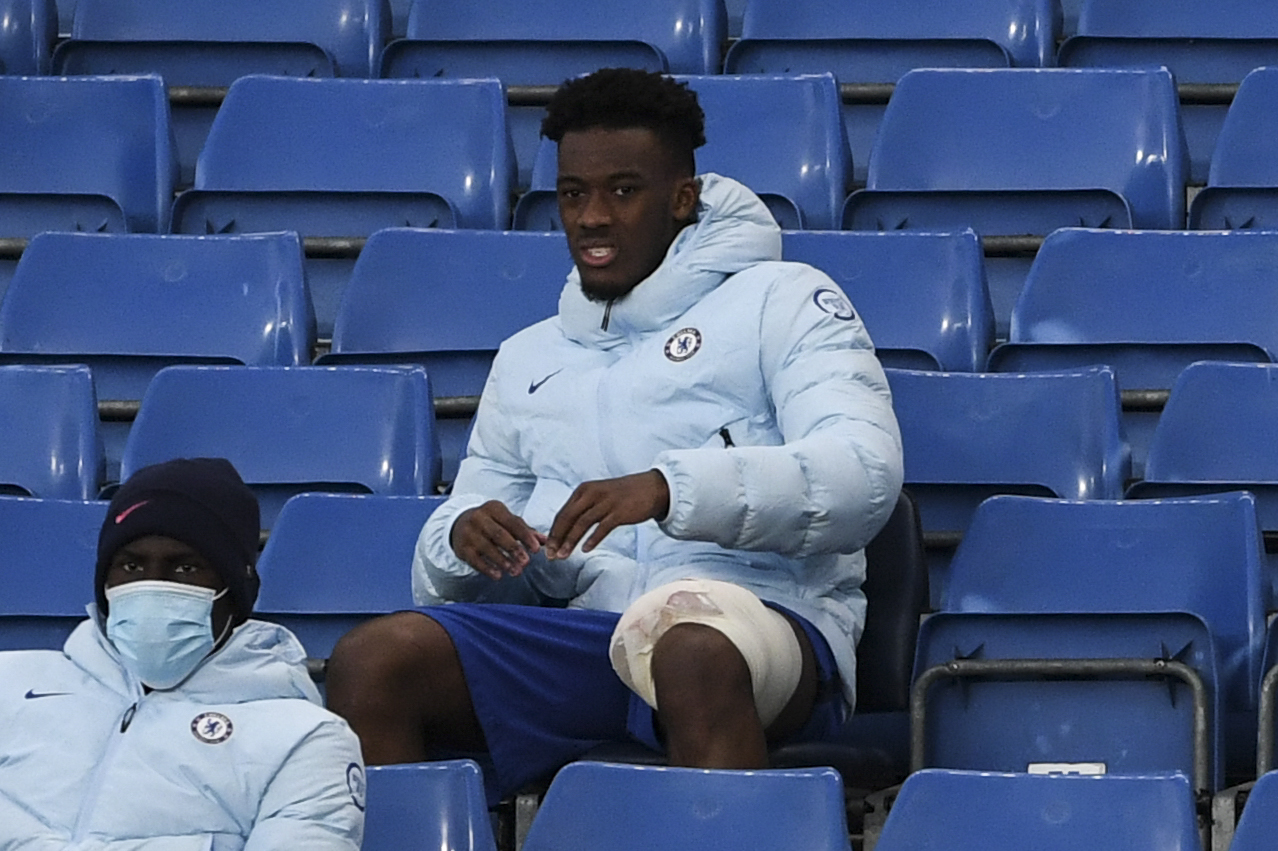 Callum Hudson-Odoi returned to the bench after half-time with strapping and ice on his kneeCredit: Andy Hooper-The Daily Mail

But he failed to re-emerge for the second half with the rest of his Blues team-mates.

As Reece James replaced him, pundits including Gary Neville speculated that he’d been hooked again, as he was recently at Southampton after just 31 minutes, with Tuchel blaming a poor attitude.

Hudson-Odoi returned to the bench, apparently in discomfort, with strapping and ice on his knee, but Tuchel confirmed he was only a ‘little injured’.

The Chelsea boss said: “[He was] a little bit injured.

“The reason [he was replaced] was a tactical reason and a little injury, a combination, because we switched to a back five in defence and covered the wide position from [Marcus] Rashford in between [Cesar] Azpi and Reece James.

“In the second half, that was not an option to use Callum there and that’s why it was a tactical choice.”

England international Hudson-Odoi was involved in the goalless draw’s most controversial incident.

Manchester United were convinced they should have had a penalty in the 15th minute, after the ball appeared to strike Chelsea’s No20’s hand in the box. 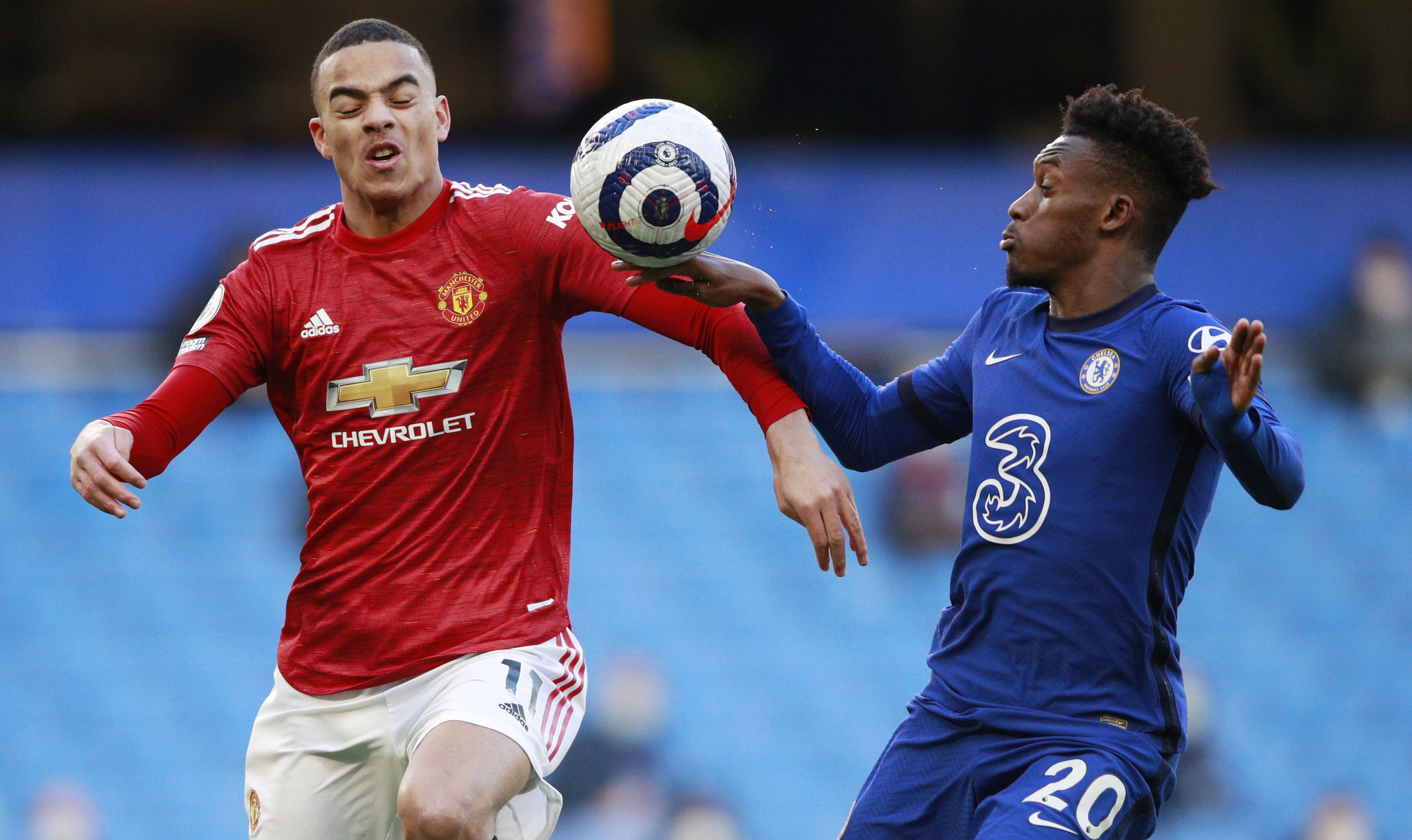 The ball appeared to strike the Chelsea youngster’s hand in the boxCredit: Reuters 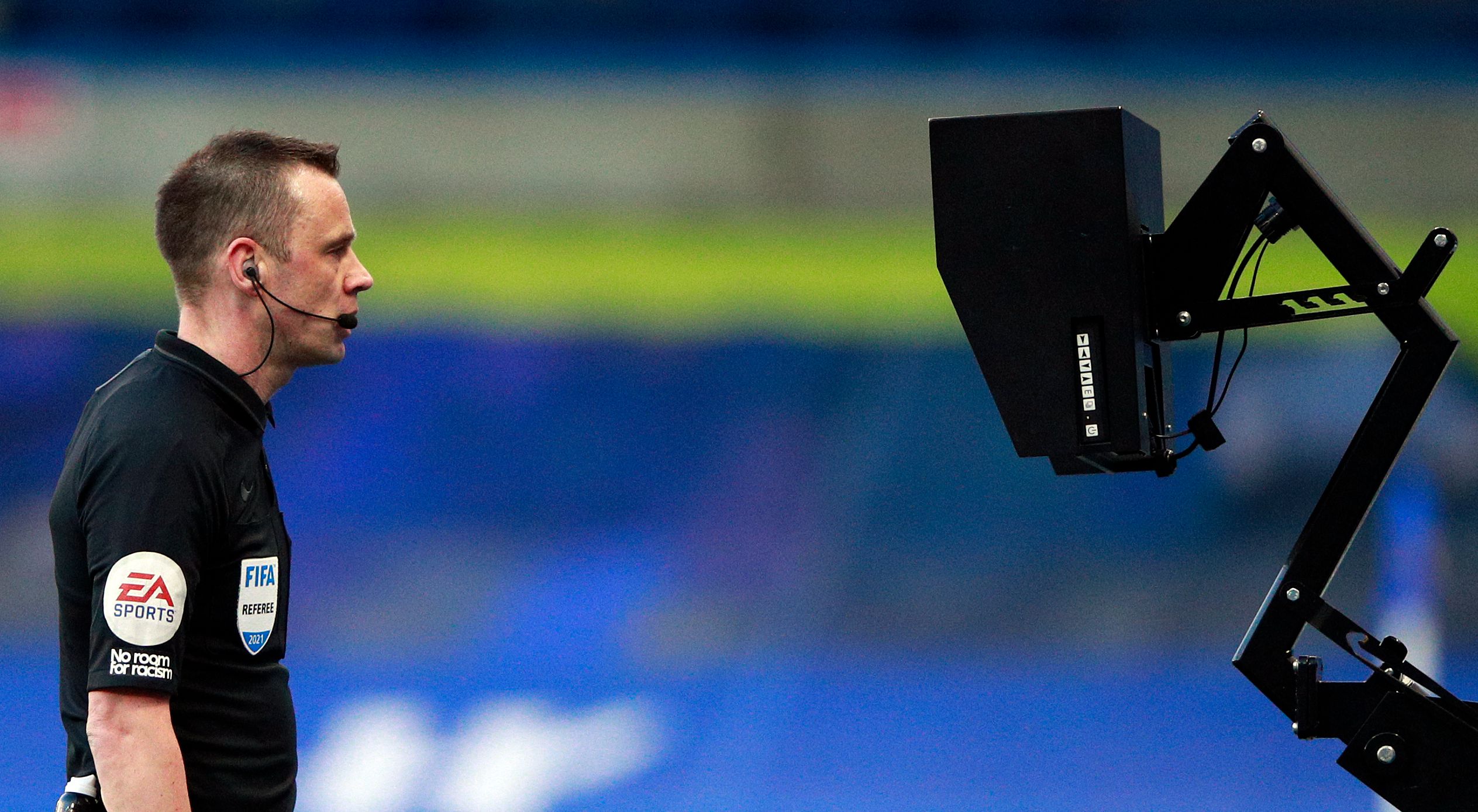 Stuart Attwell consulted the monitor before making his decisionCredit: AFP or Licensors

Play initially continued, before referee Stuart Attwell was instructed to go over to the monitor to give it another look.

On co-commentary duty, Neville was convinced that a spot-kick would be given.

Hudson-Odoi and Azpiliecueta could both be seen berating Attwell as he consulted the replays.

Neville and United were left gobsmacked, however, when Attwell opted not to give a penalty after all.

After the game, a furious Solskjaer told Sky Sports: “100 per cent we should’ve had a penalty, it’s a hand that slaps the ball in a not very natural position.

“100 per cent nailed on but nothing I can do about it now.

“He [the referee] had the chance to give it but I can’t understand it, it would’ve given us a 1-0 win or it opens up the game and it’s a better game for everyone.”