ANN-KATRIN BERGER admits she is ‘quite critical’ of her shot-stopping heroics for Chelsea despite Emma Hayes hailing her efforts as world-class.

And the WSL ace who helped seal a Champions League semis spot for the Blues relishes seeing herself as an underdog. 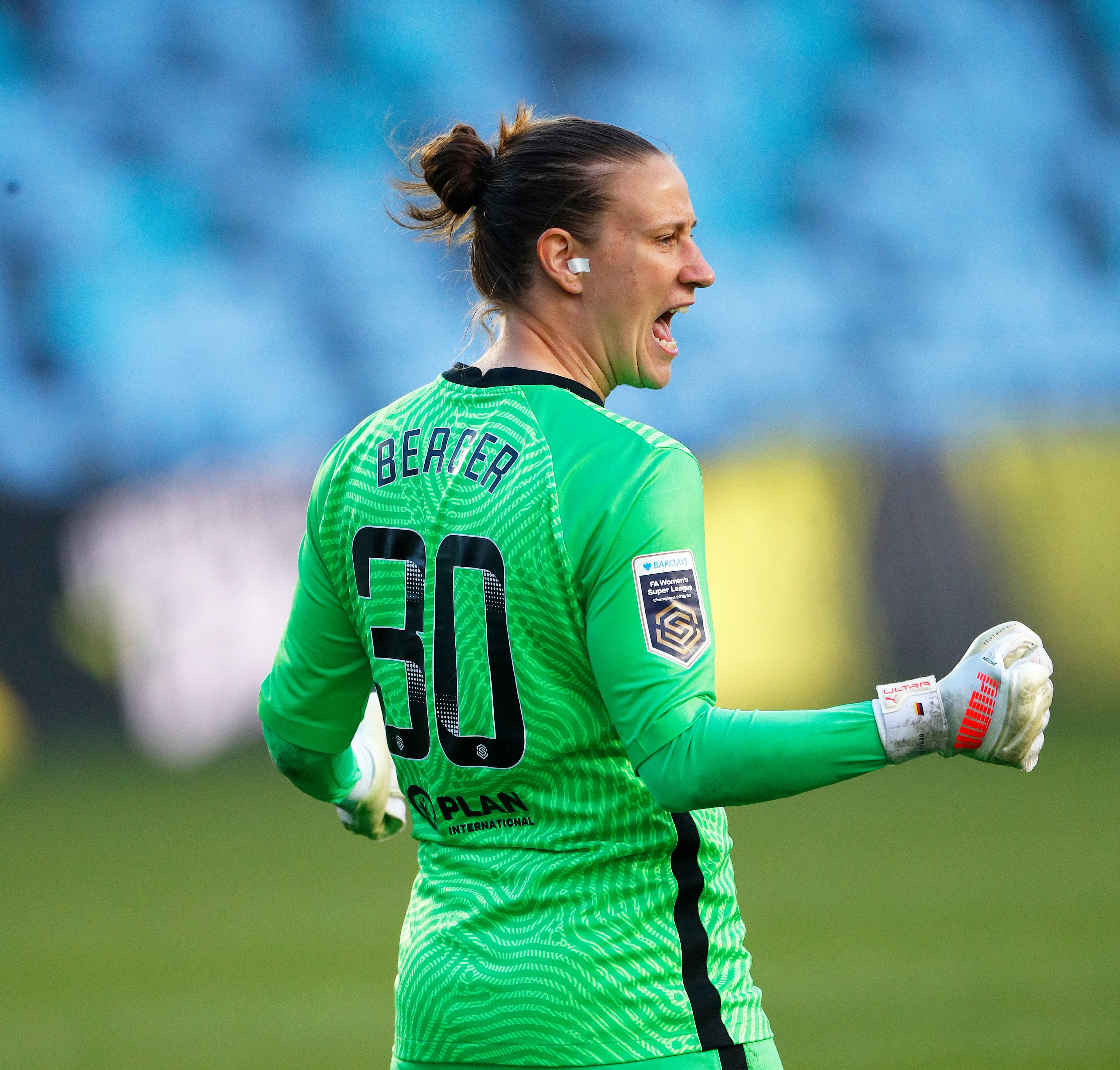 Berger’s breathtaking saves against Atletico Madrid and Wolfsburg helped Hayes’s side line up a clash over two legs with the German giants.

Both rivals are battling for a place in the finals against PSG or Barcelona.

But perfectionist Berger, 30, keeps an eye out for errors in performances that have won her praise from pundits.

The Kingsmeadow keeper told SunSport: “I couldn’t tell you which of my games is my best performance.

“Even in my best games, I find a mistake or something annoying.

“You would have to ask my goalkeeping coach that because I’m quite critical of myself.

“With the Athletico and Wolfsburg matches, I was just doing my job.

“I enjoy goalkeeping for Chelsea because I have a really good connection with the front four and midfield.

“It makes it so much easier for me to do my job And having the faith the defenders have given me, I think it’s the nicest feeling to get that trust you need to work.”

Chelsea are vying to become the first English team to be crowned football queens of Europe since Vic Akers’ 2007 Arsenal side. 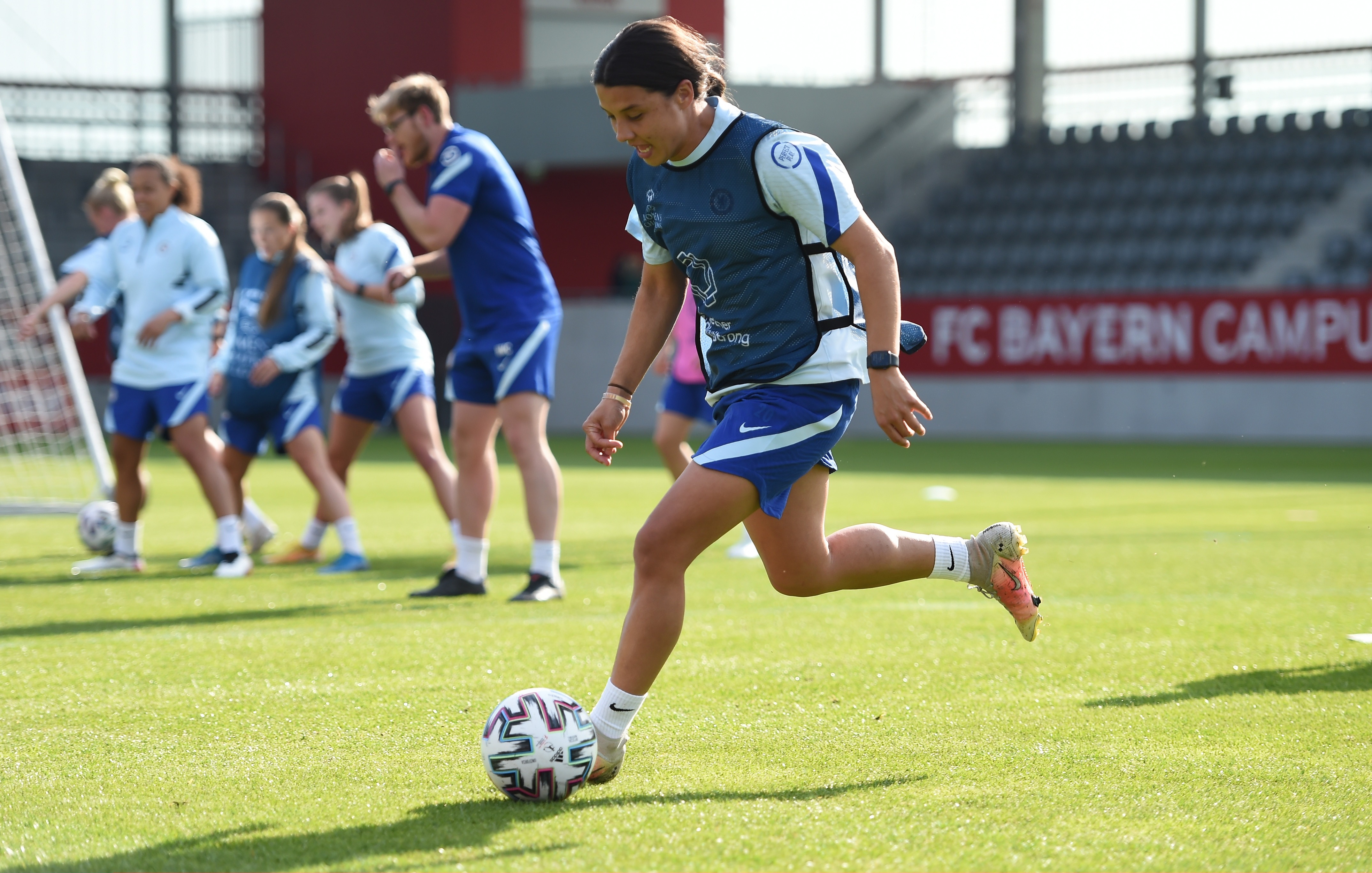 Chelsea hope to pick up an away win in the first leg of their clash with Bayern MunichCredit: Getty

And the Blues, who are two wins away from retaining their WSL title, have battled through some dramatic clashes on their way to their third Champion League semi-finals.

Results include their 3-1 aggregate victory against Atletico and a 5-1 win against German champions Wolfsburg.

And Berger, who has kept 13 clean sheets in 20 games in Europe and the WSL, played a crucial part in those victories including two penalty saves against Atletico.

The WSL star, whose football journey began with watching her late father Alois compete in a Sunday League, is relishing the battle with German league leaders Bayern.

They suffered a shock 2-2 aggregate loss on away goals to Berger’s former club PSG. 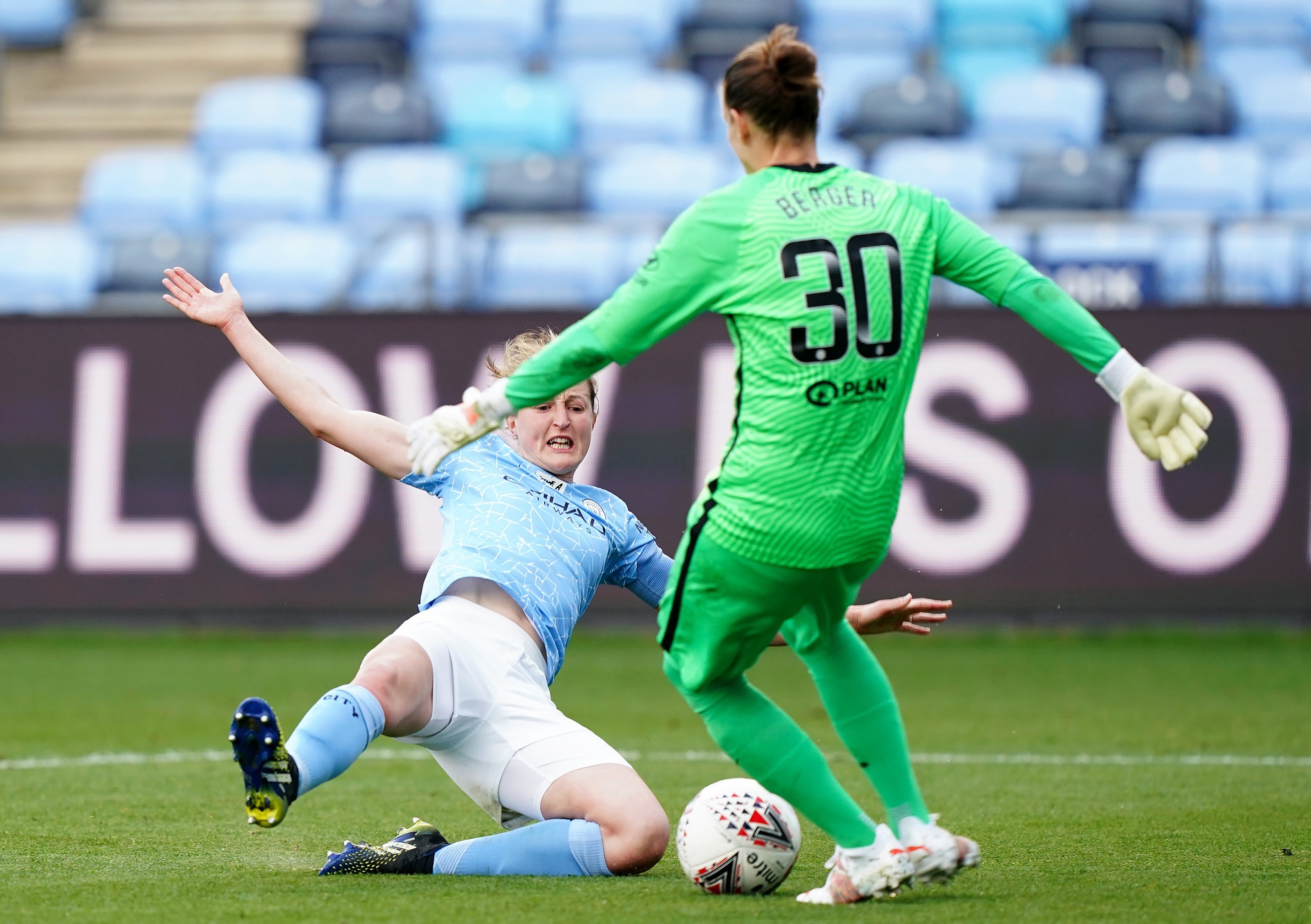 Chelsea hope to become the first English club since Arsenal to triumph in EuropeCredit: Getty

Berger added: “I think Bayern Munich this year are really, really good. They have a really strong squad.

They’ve improved in the last couple of years so it will be a very hard game I think, even harder than Wolfsburg.

“But I also know that we have the quality to win this game as well. It will be a good game to watch.”

It has been seven years since Berger last played in the top-flight of women’s football in Germany with her career beginning in 2011 as a stopper for Turbine Potsdam.

Since then the Blues star completed spells at PSG and Birmingham from 2014 to 2018 before sealing a 2019 switch to Chelsea.

And despite making the shortlist for FIFA’s Women’s Goalkeeper of the year in 2020, Berger enjoys seeing herself as an underdog.

Berger added: “In the past, I have called myself an underdog.

“That’s because being an underdog you can actually choose who you want to be.

“And moving from Germany made me open my mind so I could peak. 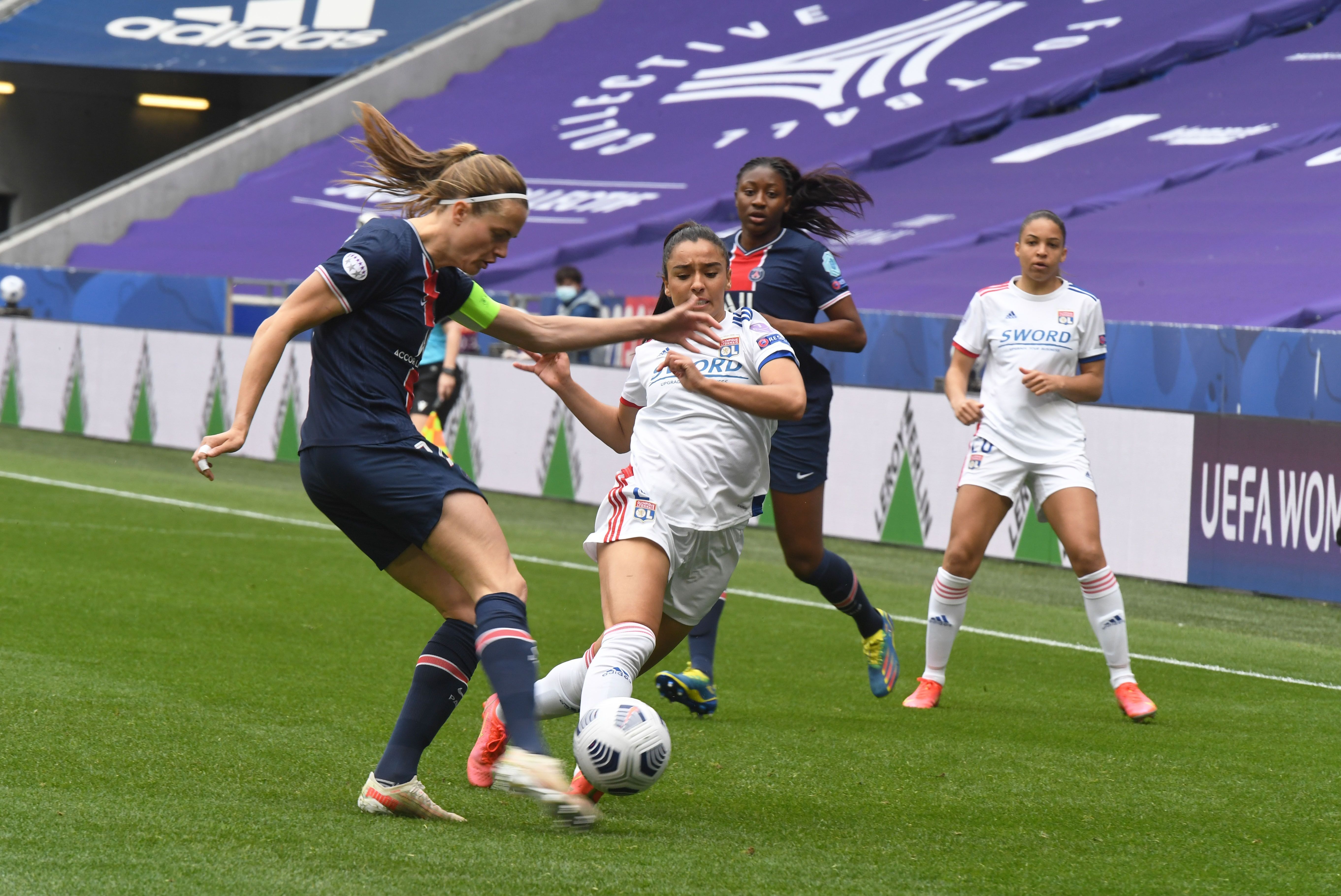 Berger added: “I recently played with the national team and players from Germany were really excited about what happened in England because of the (TV) deal.

“I feel like all the women’s leagues in Europe are in competition. I think this deal will help women’s football around the world.” 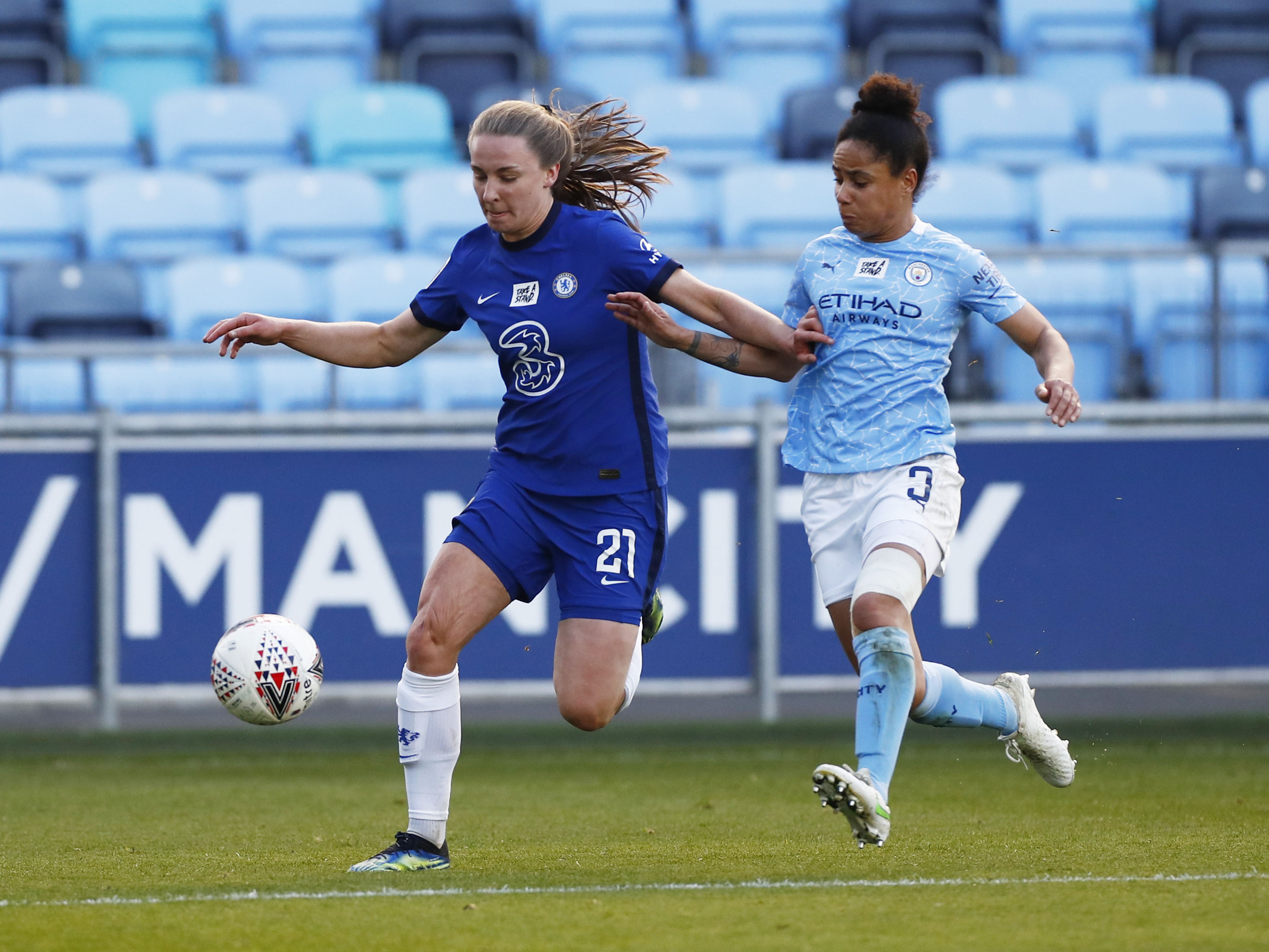 Berger says the WSL is becoming more attractive as a league to players in GermanyCredit: Reuters