CHELSEA will offer Thiago Silva a new-one year deal after the 36-year-old’s superb first season at the club.

Silva signed on a free last summer and made 34 appearances, including seven in a hectic May. 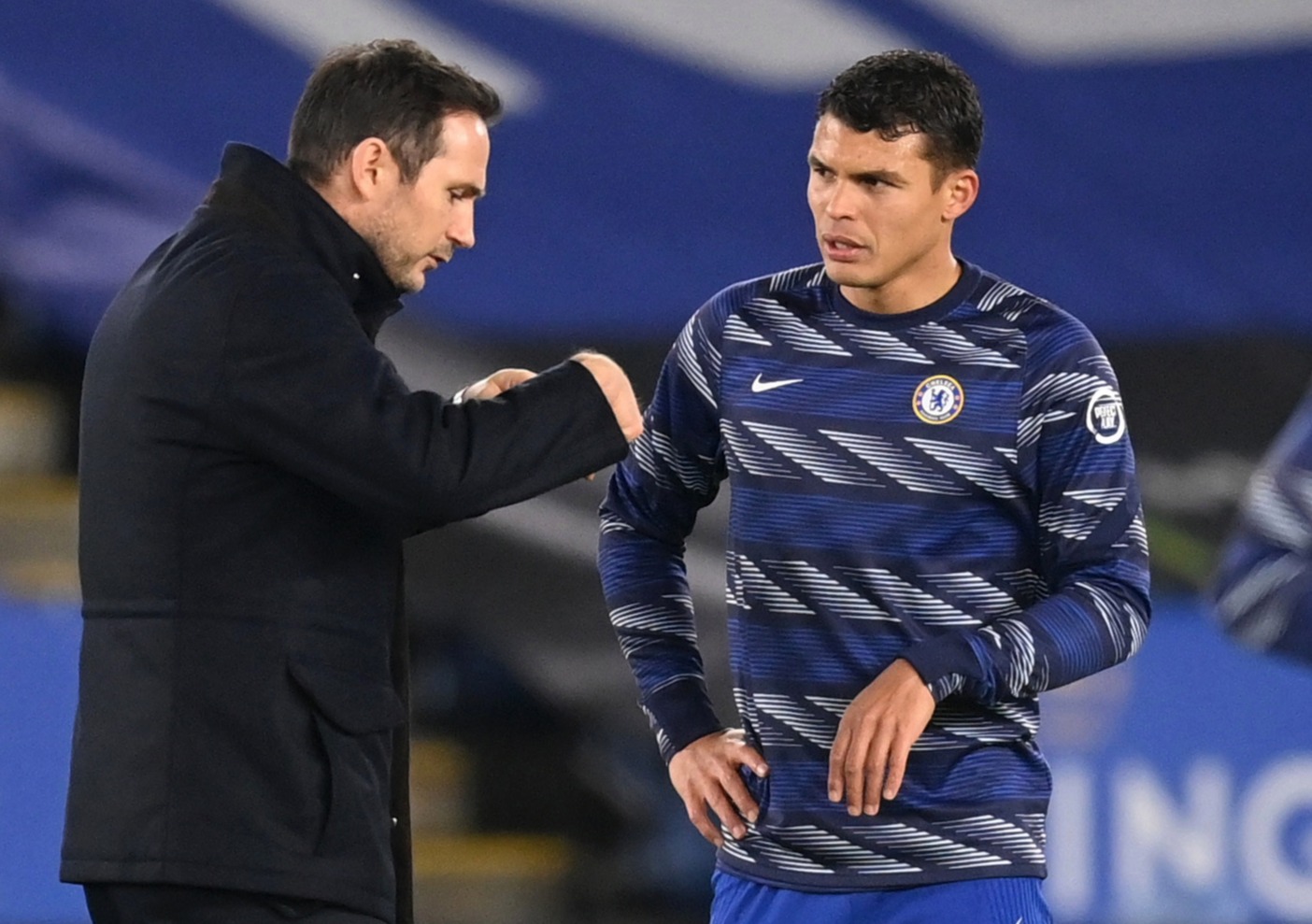 Brazilian centre-back Thiago Silva has thanked Frank Lampard, who was sacked as Chelsea boss in January, for signing him last summerCredit: Reuters

In 18 of the games where Silva started, the Blues kept a clean sheet.

Despite turning 37 in September this year, the Brazil centre-back has impressed Stamford Bridge boss Thomas Tuchel and will be rewarded with a new contract.

Silva had to go off in the 39th minute of the Champions League final win over Manchester City, due to a groin problem.

After he hit out at former club Paris St-Germain, insisting he was always made the scapegoat for the club’s Euro failures.

Silva spent eight seasons with super-rich PSG, who have never won the Champions League despite a huge investment on plays.

And his last game for the club – where he landed 23 winner’s medals, including seven successive titles – was in the 1-0 Champions League Final defeat by Bayern Munich in August.

Speaking of what it meant to get his hands on the trophy, Silva said: “It’s incredible and special for me – the most important moment of my career – especially considering the pressure we had in Paris to win it.

“Whenever Paris was eliminated, people wanted to find a culprit and it was me all the time. It’s too bad.”

Silva also paid tribute to ex-Chelsea boss Frank Lampard, who lured him on a free to Stamford Bridge.

Lampard led Chelsea through the group stages before being replaced by Tuchel.

“It was special, it was my first year here,” he added.

“Tuchel changed everything, the team mentality. But it’s also important to talk about Lampard.

“Without him, it was difficult for me to win here, thanks to him for letting me sign here.”