CHELSEA goalkeeper Nathan Baxter has been shipped off on his eighth loan spell away from Stamford Bridge after returning to Hull.

The 23-year-old, who has been at the club since 2006, is still yet to feature for the Blues‘ first team.

Goalkeeper Nathan Baxter has returned to Hull on a season-long loan from ChelseaCredit: Hull City

Baxter’s first loan move was with the Metropolitan Police side in the Ryman Premier Division during the 2016-17 season, before linking up with National League outfit Solihull Moors later that campaign.

He joined fellow fifth-tier club Woking the following term, before starring between the sticks for League Two side Yeovil the next year.

The 2019-20 season saw Baxter offloaded to Scottish side Ross County, before he linked up with League One club Accrington Stanley for the 20-21 campaign.

And last year he established himself as the No1 at Championship side Hull, where he featured in 18 games in all competitions. 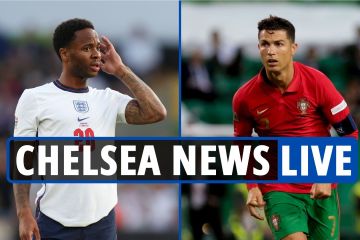 His fine performances at the MKM Stadium saw him named their Player of the Month for November.

After missing two months through injury early in 2022, he finished as Shota Arveladze’s No1, with Baxter helping Hull avoid relegation.

And the Yorkshire outfit have been quick to bring him back to the club, with Hull having the option to permanently sign him.

A club statement read: “Hull City are delighted to announce the return of goalkeeper Nathan Baxter on a season-long loan from Chelsea, with an option to buy included as part of the deal.”

Taking to social media, Baxter expressed his delight at returning to Hull.

He tweeted: “I never left! Buzzing to be back.”

Hull fans were quick to welcome him once again, as one Twitter user said: “Nice one Nathan, all the City fans are buzzing your back. Welcome home.”

Another remarked: “Welcome back Nathan. We are all buzzing.”

A third bold predicted: “Best keeper in the league taking us to the Prem.”

This supporter simply stated: “Best news I have had all day.”