ROSS BARKLEY missed a huge ‘opportunity’ to further stake a claim for a place in England’s Euro 2020 squad in Aston Villa’s defeat to Leicester, according to Alex Scott.

The England international – who is on a season-long loan at Villa Park from Chelsea – failed to shine in the absence of Jack Grealish in Sunday’s Midland’s derby, which the Villans lost 2-1. 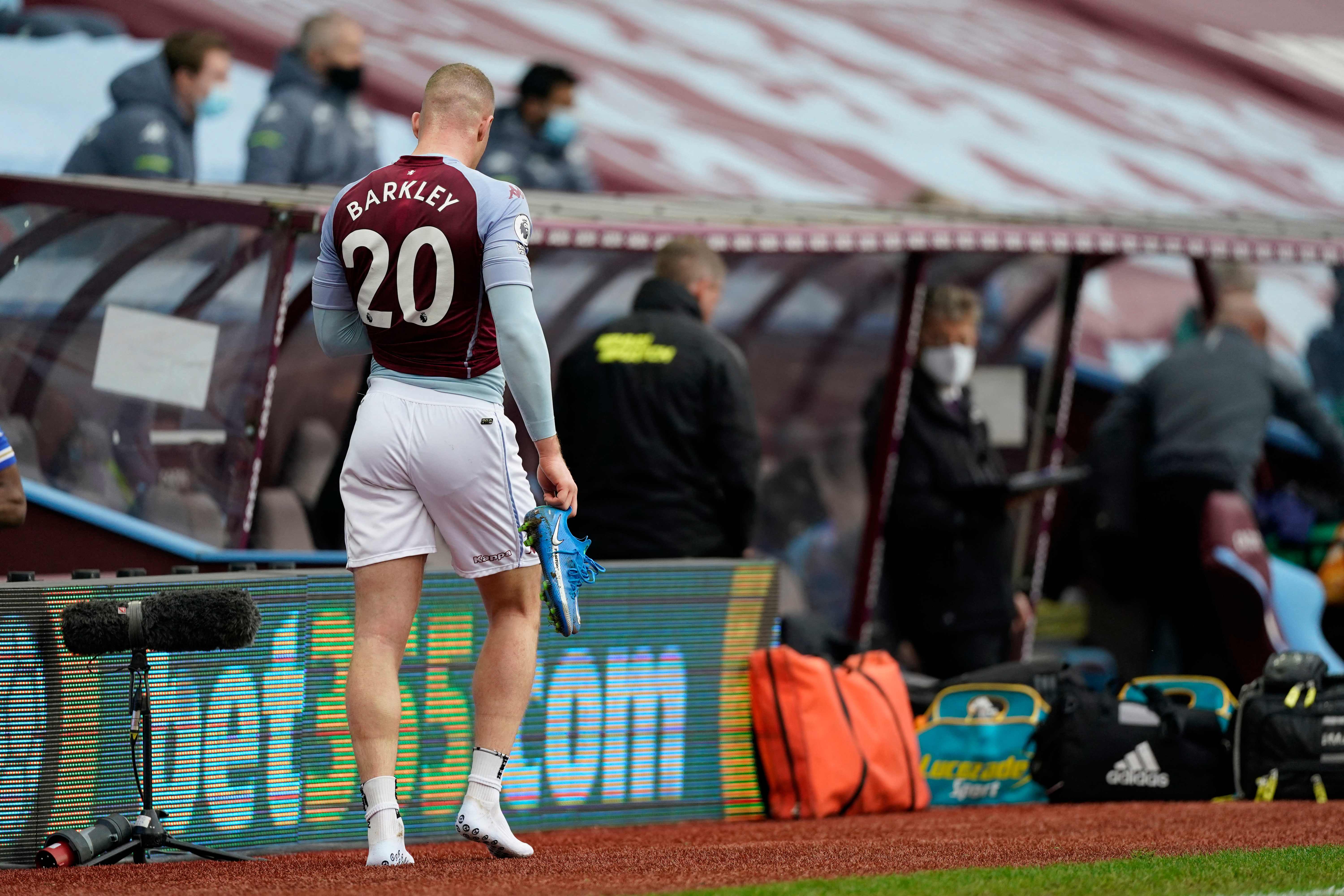 Ross Barkley was substituted in the second half of Aston Villa’s 2-1 defeat to Leicester last weekendCredit: AFP 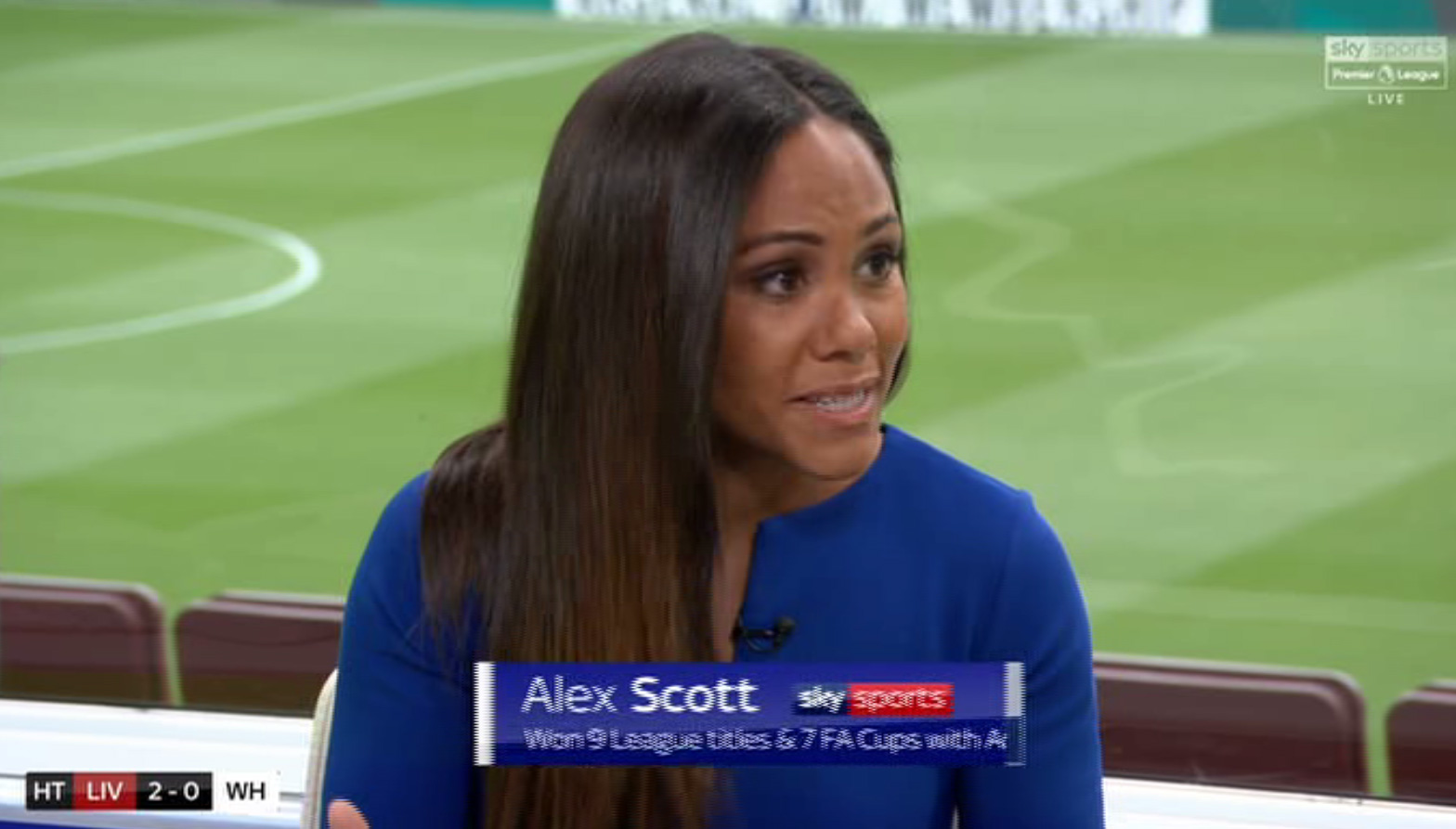 Barkley has struggled for form since returning from injury and turned in a mediocre display against the Foxes, so much so he was hauled off with over 25 minutes left to play.

And Sky Sports pundit Scott believes the former Everton man has so far failed to take advantage of Grealish being sidelined.

She said: “For me it’s another missed opportunity for Ross Barkley to show up and demand.

“He’s been subbed off again and you can see in his face he’s not happy.

“But how many chances does a player need?

“You need to take it upon yourself. There’s only so many chances that he can be deserving. He’s missed another opportunity today.”

Villa boss Dean Smith, however, has been satisfied with Barkley’s contributions since his return from injury.

He said: “It’s a long way off the mark to say things aren’t working out for him.

“He had just been substituted after 73 full minutes.

“His numbers have been really good in terms of his output on the pitch and we have to remember he’s been out for six or seven weeks with a hamstring injury and then had to play games to recapture that fitness because we haven’t been able to train. 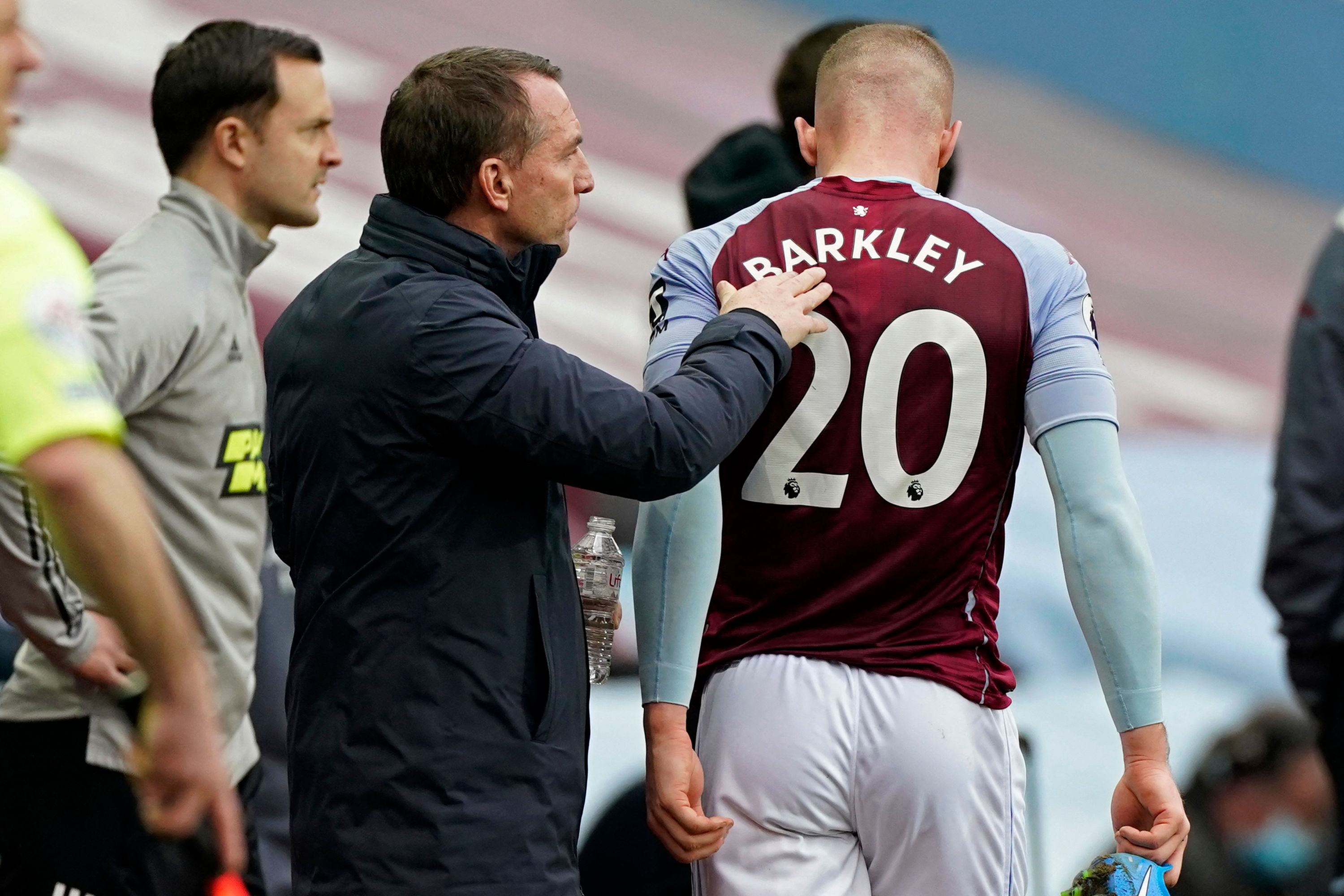 Leicester boss Brendan Rodgers pats Ross Barkley on the back as he heads towards the dressing roomCredit: AFP

“But he’s certainly getting back to where we want him to. I just needed to change the game at that time.”

Despite his recent woes, it’s been claimed Villa are interested in signing Barkley on a permanent deal.

According to 90Min, Villa are eager to retain the fruitful partnership Barkley has struck up with Grealish and will try to prise him from Chelsea’s clutches in the summer.

Barkley and his Villa team-mates will be back in action on Saturday evening, travelling to Elland Road to take on Leeds United.