JOHN TERRY has hit back at Labour MP Chris Bryant after the Chelsea legend came under fire for his tribute to Roman Abramovich.

Former Blues skipper Terry publicly praised Abramovich after news he was selling the club was made public, despite questionable links between the Russian billionaire and Vladimir Putin.

Terry has hit back at Bryant after the Labour MP criticised him for his tribute to AbramovichCredit: PA:Press Association 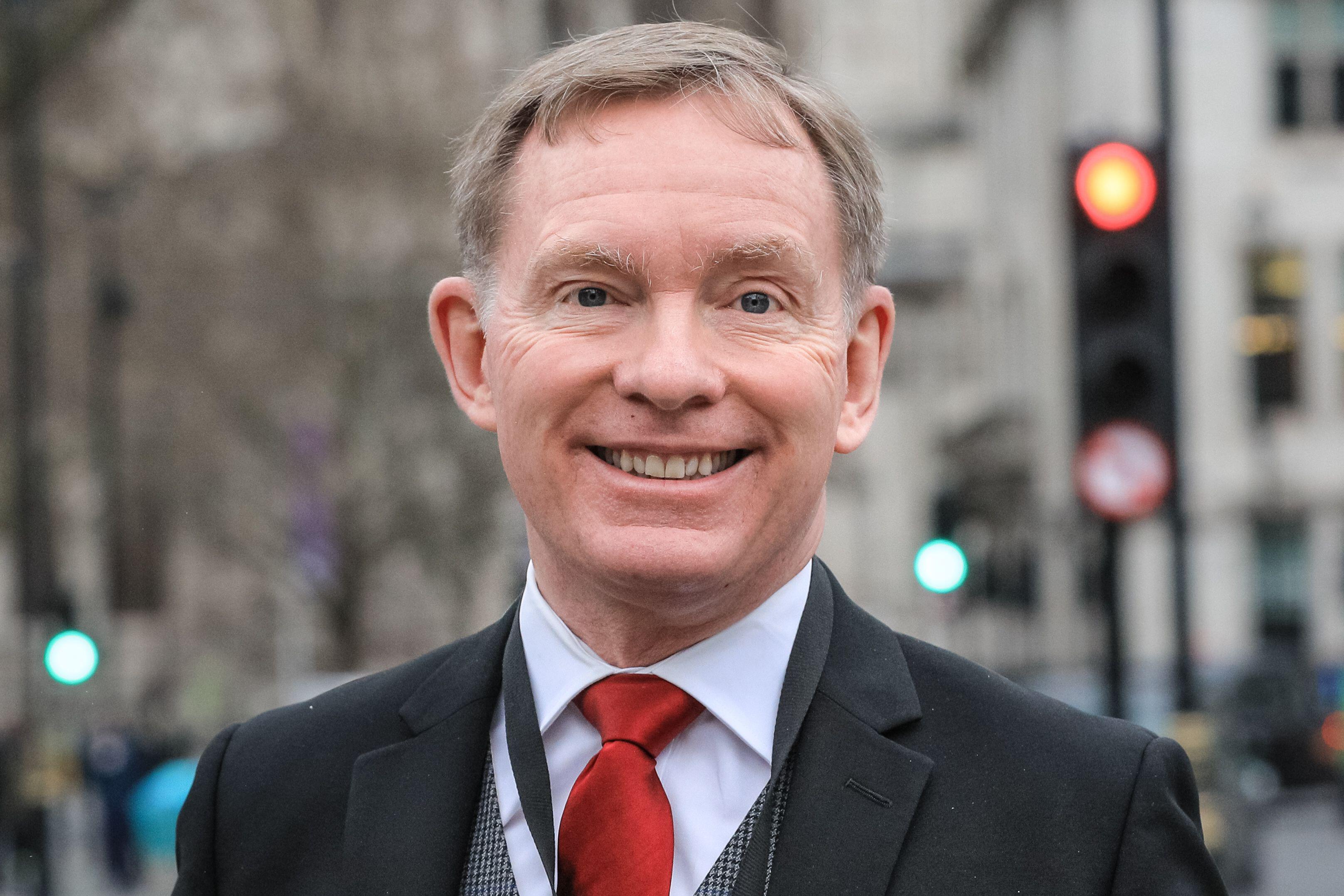 Bryant wrote to Terry on Twitter and criticised him in Parliament for his praise of AbramovichCredit: Alamy

The 41-year-old posted on social media: “Thank you Roman. The Best Owner in the WORLD.”

He also wrote on Twitter: “The best,” along with a picture of the pair together holding the Premier League trophy.

Bryant immediately responded by criticising Terry – both on social media and in Parliament, for his ‘appalling’ posts.

One fan though has stuck up for Terry and questioned the reason for Bryant’s condemnation.

Terry himself personally responded, and in doing so continued the war of words between the pair.

He sensationally aimed a personal dig at the MP for his part in the 2009 expenses scandal, and for voting in favour of the 2003 invasion of Iraq. 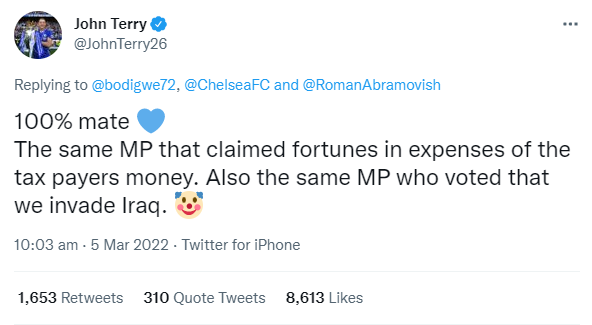 Terry seethed on Twitter: “The same MP that claimed fortunes in expenses of the tax payers money.

“Also the same MP who voted that we invade Iraq,” followed by a clown emoji.

Bryant had originally responded to Terry’s tribute to Abramovich: “I think @JohnTerry26 you should take this down ASAP.

“The people of Ukraine are being bombed, shelled and murdered while you celebrate Abramovich.”

He also said in Parliament: “I do not know if you’ve seen this but he [John Terry] has posted a photo with Abramovich who is one of Putin’s crony’s.

“What will the people of Ukraine think of the former England football captain?”

Abramovich has vowed to donate any profit made from selling the club to victims of the war between Russia and Ukraine.

It’s reported that over 300 parties have expressed their interest in buying the Blues since they were put up for sale.