CHELSEA fans have raged on social media that Youri Tielemans’ FA Cup winning-strike should have been chalked off for a handball in the build-up.

Supporters vented their fury that Ayoze Perez’s handball went unpunished as the Foxes held on to win their first ever FA Cup. 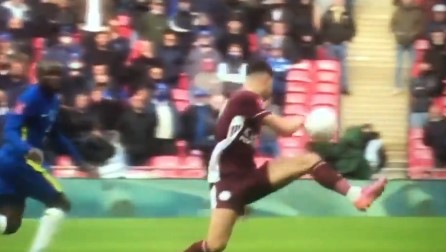 Chslea fans believe Youri Tielemans’ winner should have been overturned for a handball by Ayoze PerezCredit: BT Sport 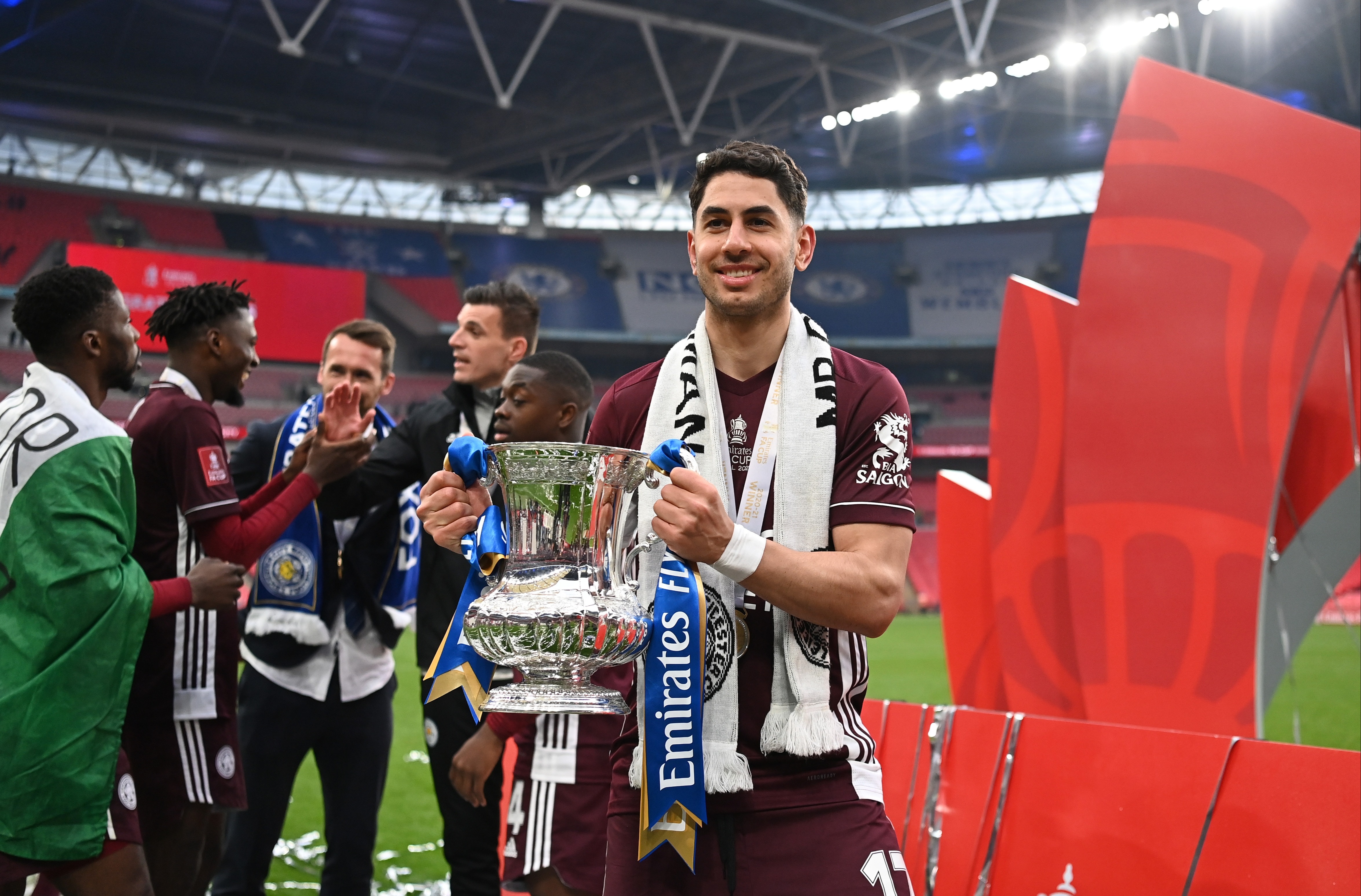 The moment of controversy came in the 63rd minute at Wembley when the Spaniard intercepted a short pass from Reece James.

His block found its way to left-back Luke Thomas, who slipped in Youri Tielemans with the Belgian midfielder arrowing a 30-yard drive into the top corner.

Blues players Kepa Arrizabalaga, Cesar Azpilicueta, Antonio Rudiger and N’Golo Kante immediately rushed over to referee Michael Oliver to complain that the goal should be overturned.

But VAR failed to intervene, despite replays showing the ball cannoning off Perez’s knee onto his hand.

And while it would have been cruel and harsh to overturn the goal as Perez could do nothing about the deflection, Chelsea fans were left incensed.

Their anger was sent into overdrive when Ben Chilwell’s dramatic late equaliser was ruled out by VAR for offside.

One Chelsea fan raged: “No handball apparently but because it’s a good goal not worth taking off they give it.”

Another commented: “Leicester’s goal was a handball but VAR ignored it, disgraceful.”

Meanwhile one messaged: “If he’s off it’s a handball. There’s just zero consistency.”

Another stated: “Blatant handball not given for their goal and now a goal disallowed that wasn’t even offside. Lost for words.

Chelsea boss Thomas Tuchel was also left in disbelief at the goal being given, as he said: “I didn’t see it.

“My assistant saw it on the screen on the bench and the players said it straight away that is was a handball.

“For the second time, there was a handball against Arsenal and VAR didn’t intervene. Today Leicester score a goal but I’m not an expert in handball.