By Saturday the Blues will have played four matches in ten days following their league and FA Cup duels with West Ham and Aston Villa.

Chelsea have seen three matches called off due to Covid-19 and injury issues.

And Hayes questioned the timing of her side’s rescheduled clash with West Ham, with both teams having players away on Asia Cup duty.

The Blues boss, 44, said: “I think the biggest challenge, if I’m brutally honest, is women’s football hasn’t had broadcasting dictate schedules before.

“We mustn’t apply everything in its entirety in the same way as the men’s game.

“To treat it exactly the same as the men’s game needs to be reviewed because we don’t have 25-player squads like men’s sides.

“For it to be shoved in a window when we’ve got the Asian Cup amongst other things seems ludicrous to me.

“Long term, I think what the league will have to reflect on is that we have to move towards (having) bigger squads.

“But I’m not talking about my squad. Many teams are depleted in this period.

“I think bunching games together needs to be thought about differently.

“With the (Covid) pandemic and following the Olympics and back-to-back tournaments, I think every team has been a bit more depleted with more injury, more fatigue, and more Covid.

“Player welfare is still not thought about enough, and I’ve fed that back to the league, but we’re all learning together.

Chelsea currently have a game in hand on league leaders Arsenal and two on title dark horses Manchester United.

The club, who lost just ONE match last term, are looking to notch up their first win in the WSL this year.

Hayes believes there will be a little room for error for Chelsea’s top-flight rivals with teams aiming to nab their league crown. 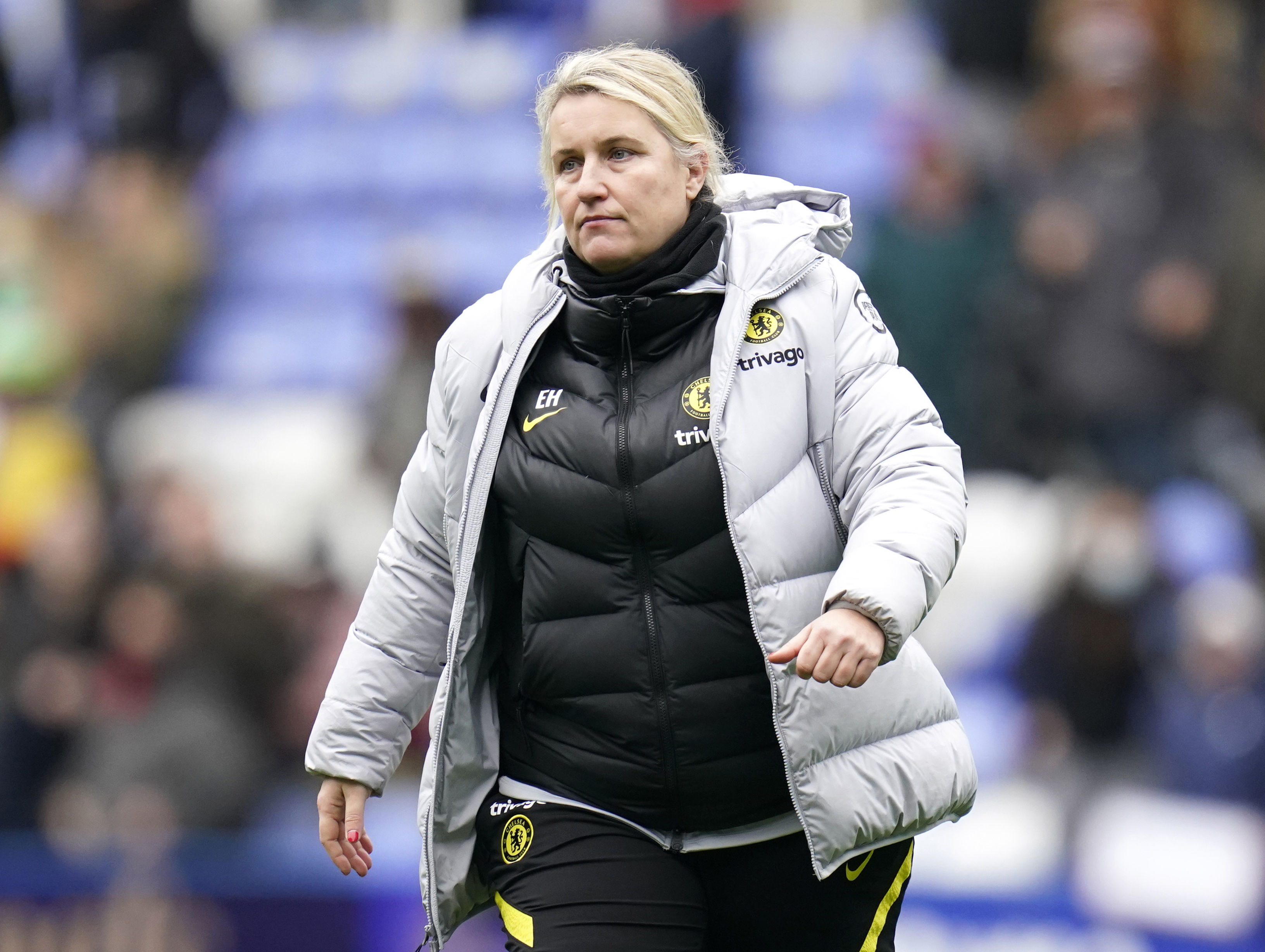 Emma Hayes believes the pressure is on Chelsea’s rivals to start producing in terms of a title challengeCredit: PA

And the Blues boss reckons the heat is on other WSL sides to mount a successful challenge.

Hayes, whose team play Aston Villa in the fourth round of the FA Cup, added: “It’s an open title race (this season). We’ve had a lot of success for a long time.

“We have won titles here. I think it’s about time the pressure was on other teams to start producing.”