CHRISTIAN PULISIC is slowly winning his battle against injury and is set to return after the international break.

Chelsea’s American winger suffered a setback in his recovery from a hamstring problem which is proving more stubborn than first thought. 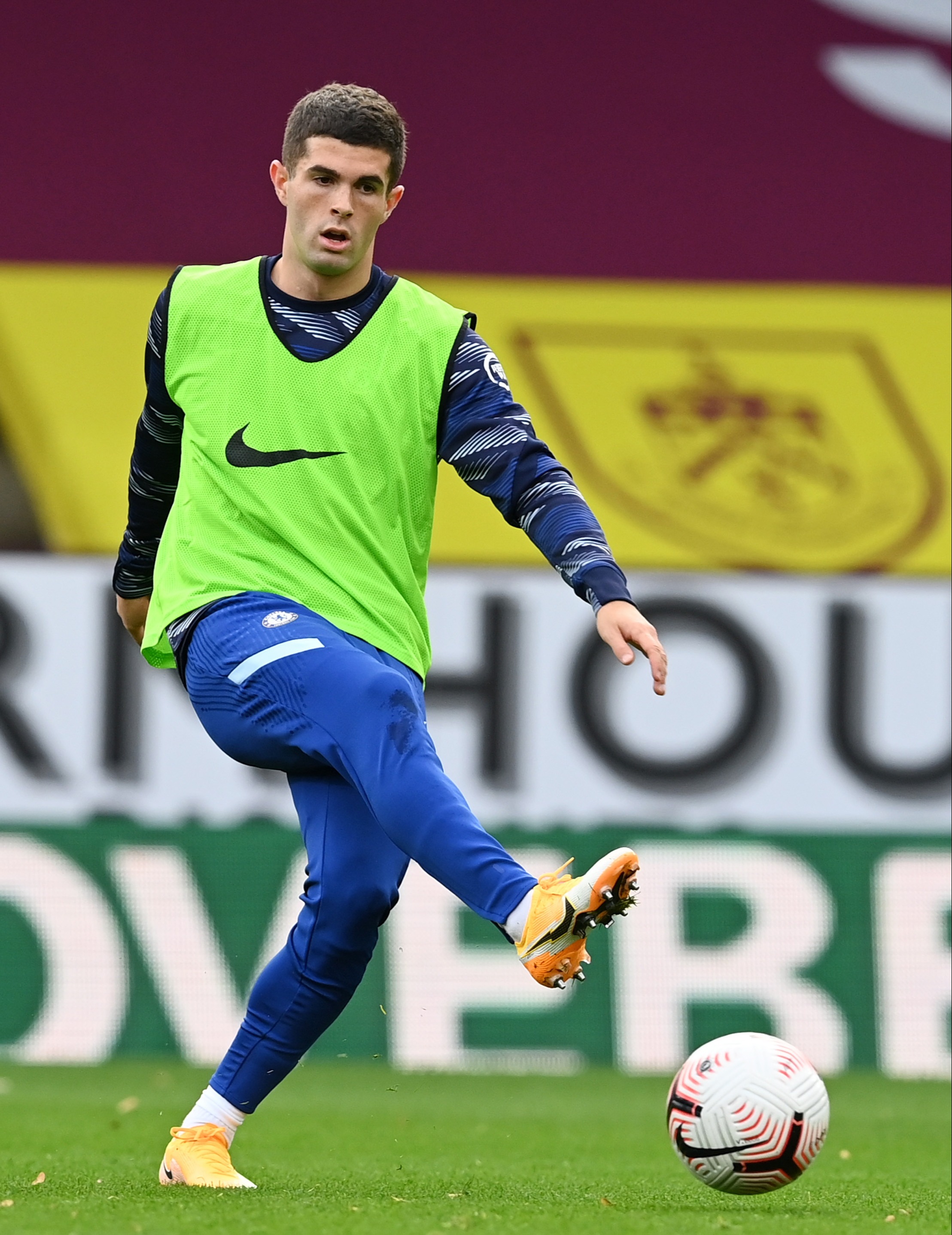 Pulisic is hoping to be fit after the international break Credit: Getty Images – Getty

Pulisic underwent a scan on the strain and even took part in light training but is only just inching towards a first team return.

He suffered a hamstring injury in the FA Cup final defeat to Arsenal in August.

The 22-year-old was set to start Chelsea’s game against Burnley a week ago before pulling out before kick-off.

The £58million star has not played a complete match all season.

But with the Premier League suspended until a week on Saturday during the latest round of international games it is giving Pulisic extra time to recover.

And the club is quietly confident he will be ok to play at Newcastle in a lunchtime kick off on November 21.

That will give Lampard an extra headache as he will then have to try to find room for Pulisic, Kai Havertz, Hakim Ziyech and Timo Wener, all of whom can play on the flanks.

Havertz is still in London after contracting coronavirus and must wait until he tests negative for the disease before he can even consider flying out to join his Germany team-mates.

Germany play the Czech Republic tonight in Leipzig and Ukraine on Saturday but it is unlikely he will feature in any of those games now.

His best hope of representing his country in the next two weeks will be in next Tuesday’s Nations League clash in Spain – if at all.

Havertz tested positive for Covid-19 last Monday in the run up to Chelsea’s Champions League group game at home to Rennes and was forced into a period of self-isolation.

Frank Lampard on Pulisic injury and expecting a lot from Ziyech