CHELSEA are in danger of losing ANOTHER defender as young prospect Ian Maatsen is reportedly being eyed up by Feyenoord.

The 20-year-old left-back made his debut for the Blues under Frank Lampard in 2019 during a 7-1 League Cup win over Grimsby.

Maatsen has spent the last two seasons out on loan at Charlton and CoventryCredit: PA

But he did not receive another first team opportunity and subsequently went on loan to third tier Charlton for the 2020/21 campaign.

Then last season he played 40 times for Coventry in the Championship, but has now returned to Chelsea following the end of his loan.

Maatsen was a part of Feyenoord‘s youth set-up but was let go in 2013.

He then went on to Sparta Rotterdam and PSV before ending up at Chelsea. 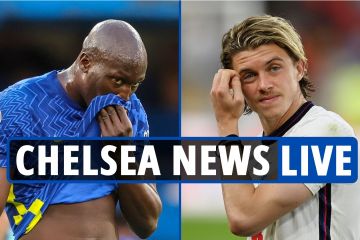 According to Voetbal International, Feyenoord are now eyeing up the possibility of bringing him back to the club – nine years after they let him go as a youngster.

Maatsen is under contract with Chelsea – with the Blues announcing two years ago that he had penned a new deal which will run until at least the summer of 2024.

But a lack of game time could see the Holland U18s defender look elsewhere for the benefit of his career.

Maatsen is the fifth Chelsea defender whose future at the club has been called into question.

Antonio Rudiger has already left Stamford Bridge on a free transfer and signed for Real Madrid.

Left-back Marcos Alonso has reportedly confirmed he wishes to depart this summer.

And club captain Cesar Azpilicueta could also be heading out the exit door for free if Chelsea cannot agree terms with the Spaniard.

If all of those players do leave then manager Thomas Tuchel will be heavily reliant on new owner Todd Boehly to back him in the summer window.