MANCHESTER UNITED have been drawn against PSG in the Champions League last-sixteen… simulator.

Ralf Rangnick and Co topped Group F but could end up facing PSG in the next round after the French giants were beaten to top spot in their group by Manchester City.

Rangnick will be praying the real draw does not go the same way as the simulationCredit: Getty 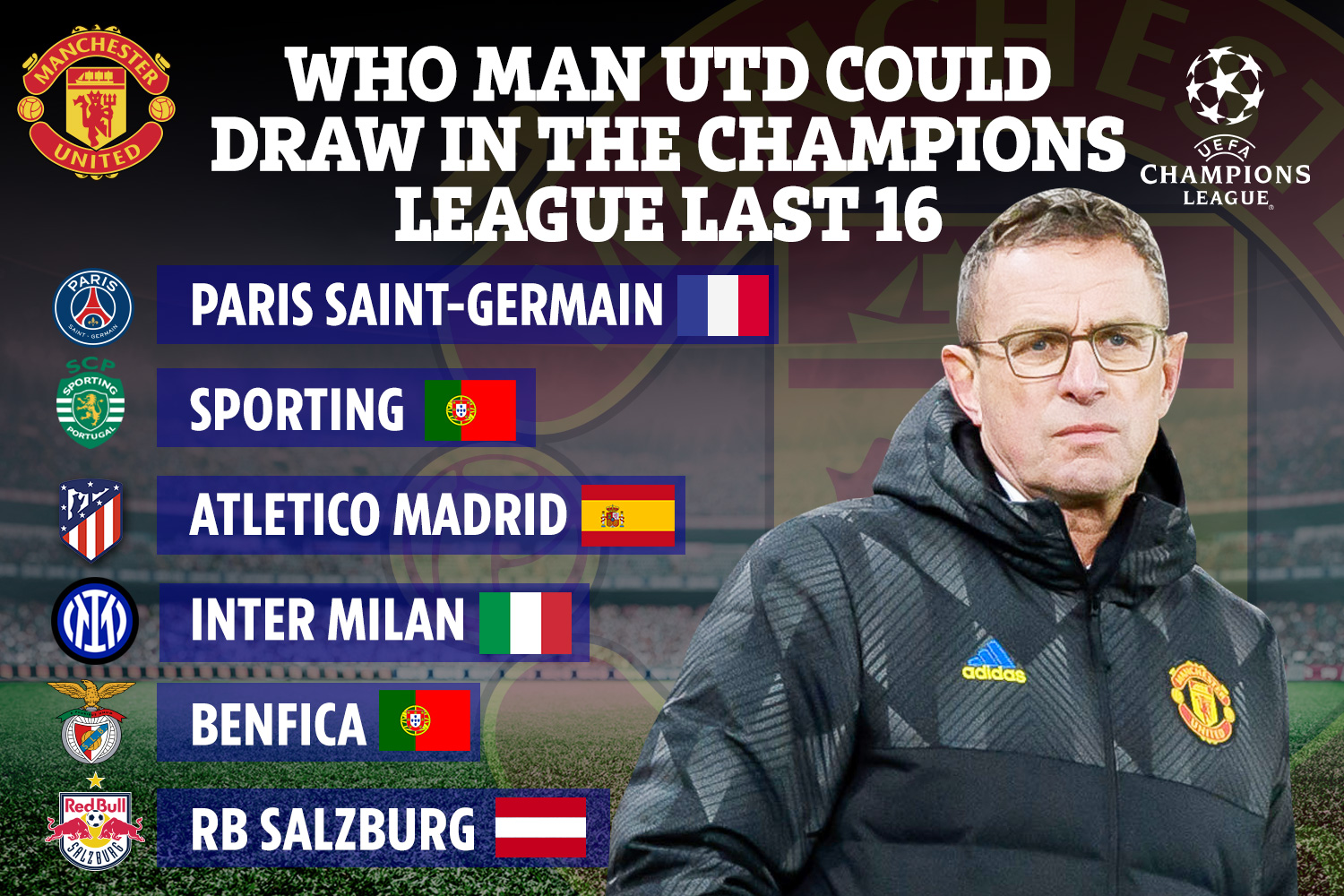 The real draw for the Champions League last-sixteen is on December 13, with Manchester United fans hoping it doesn’t go the same way as SunSport’s simulation.

There are some tough potential draws on the cards for all four English teams, but United were handed the short straw in a simulation of their possible opponents.

A mock draw saw Cristiano Ronaldo and United land a clash with long-time rival Lionel Messi and PSG in a mouth-watering knockout clash.

The two sides met at the same stage of the competition two years ago, as Ole Gunnar Solskjaer famously guided the club through after overturning a 2-0 defeat in the first leg.

Meanwhile Chelsea fans will be keeping their fingers crossed that the real draw goes in exactly the same way as the simulation.

SunSport drew the Blues to face Lille, the easiest tie on paper following a nightmare list of possibilities. 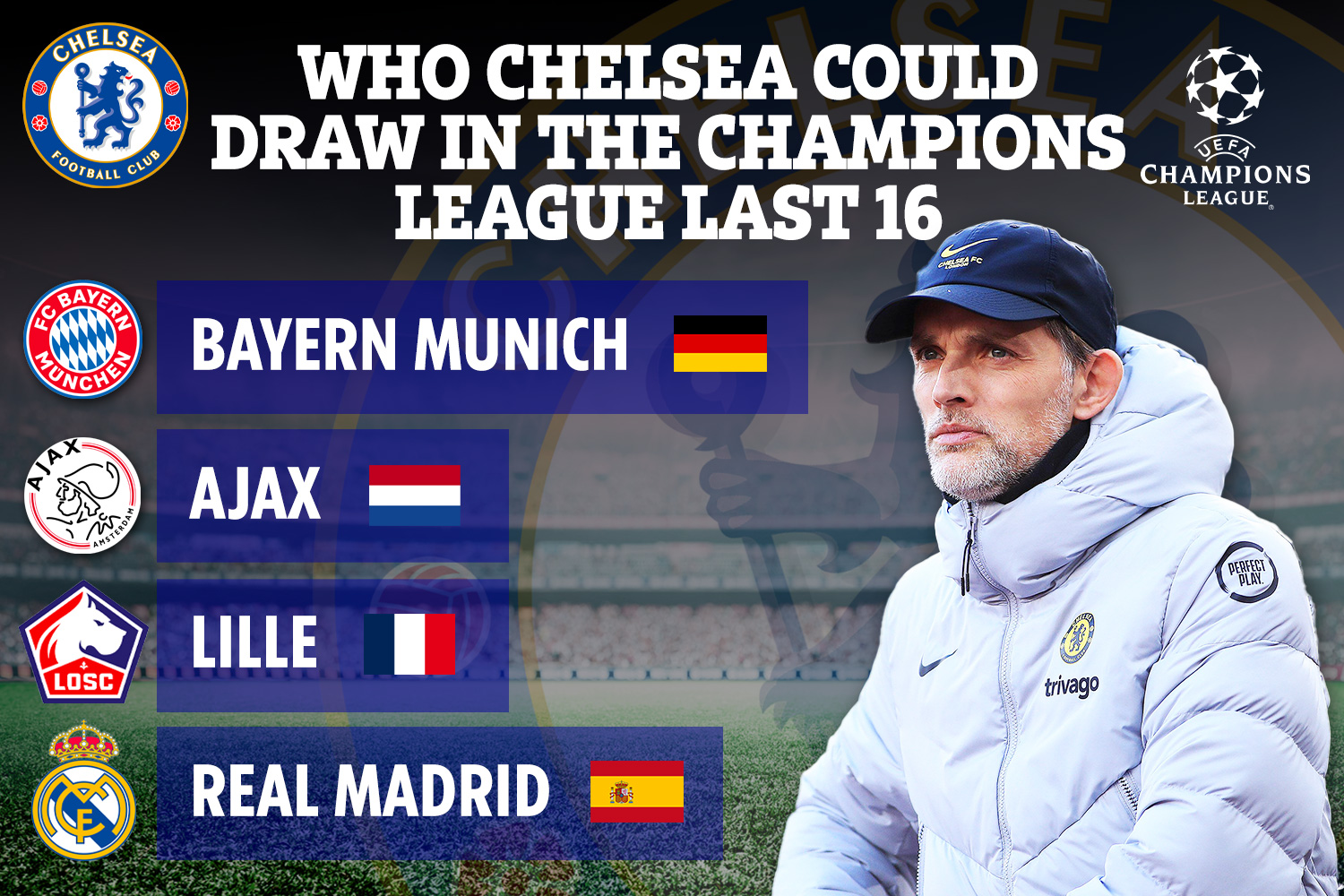 Bayern Munich, Real Madrid and Ajax were their three other options.

A tie against Lille would cue a sigh of relief for Thomas Tuchel, with both Bayern and Ajax winning all six of their group stage clashes.

Real Madrid meanwhile racked up an impressive five wins on the way to topping their group. 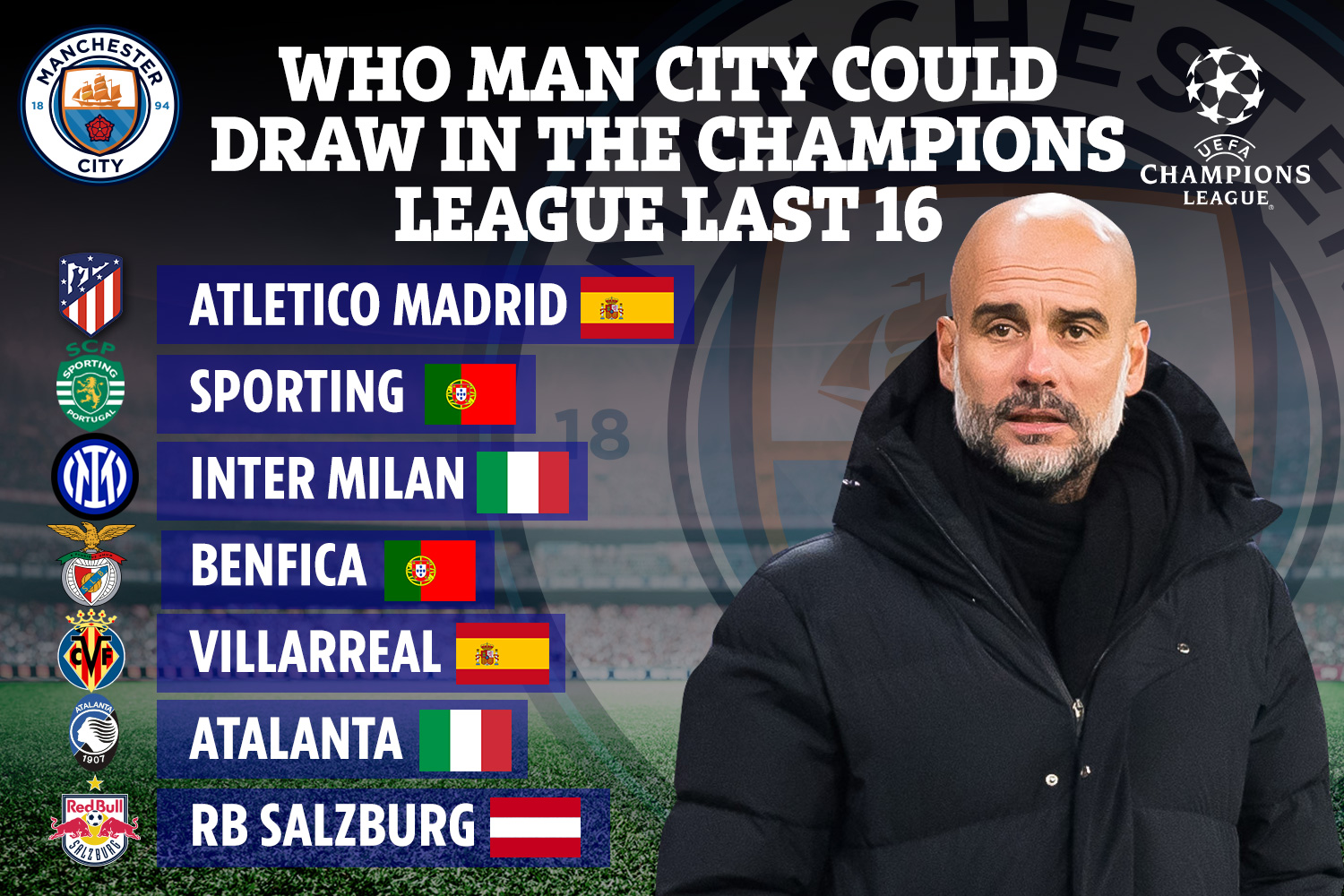 Liverpool came up against Atalanta or Villarreal in the mock draw, in what would be an awkward route to the quarter-finals for Jurgen Klopp.

Second place in Group F is yet to be decided after the game between Atalanta and Villarreal was postponed due to snow in Italy on Wednesday.

But regardless of who comes out on top, the Reds would have their work cut out in the next round.

Football fans definitely won’t be complaining if SunSport’s simulation turns out to be true, with a number of other tasty ties on the cards.

Bayern Munich vs Inter is one that boasts NINE Champions League titles alone.

And Juventus vs Atletico Madrid is another standout clash from the simulation, with last season’s champions of Italy and Spain going head-to-head in that one.

Ajax vs RB Salzburg is a tie that guarantees goals, after the Dutch giants averaged over three goals per-game in the group stages.

And last but not least Real Madrid have been pitted against Benfica in SunSport’s simulation.

While on paper it seems like an easy win for Carlo Ancelotti’s side, the Portuguese outfit took four points of Barcelona in the group stages and would fancy their chances against Los Blancos. 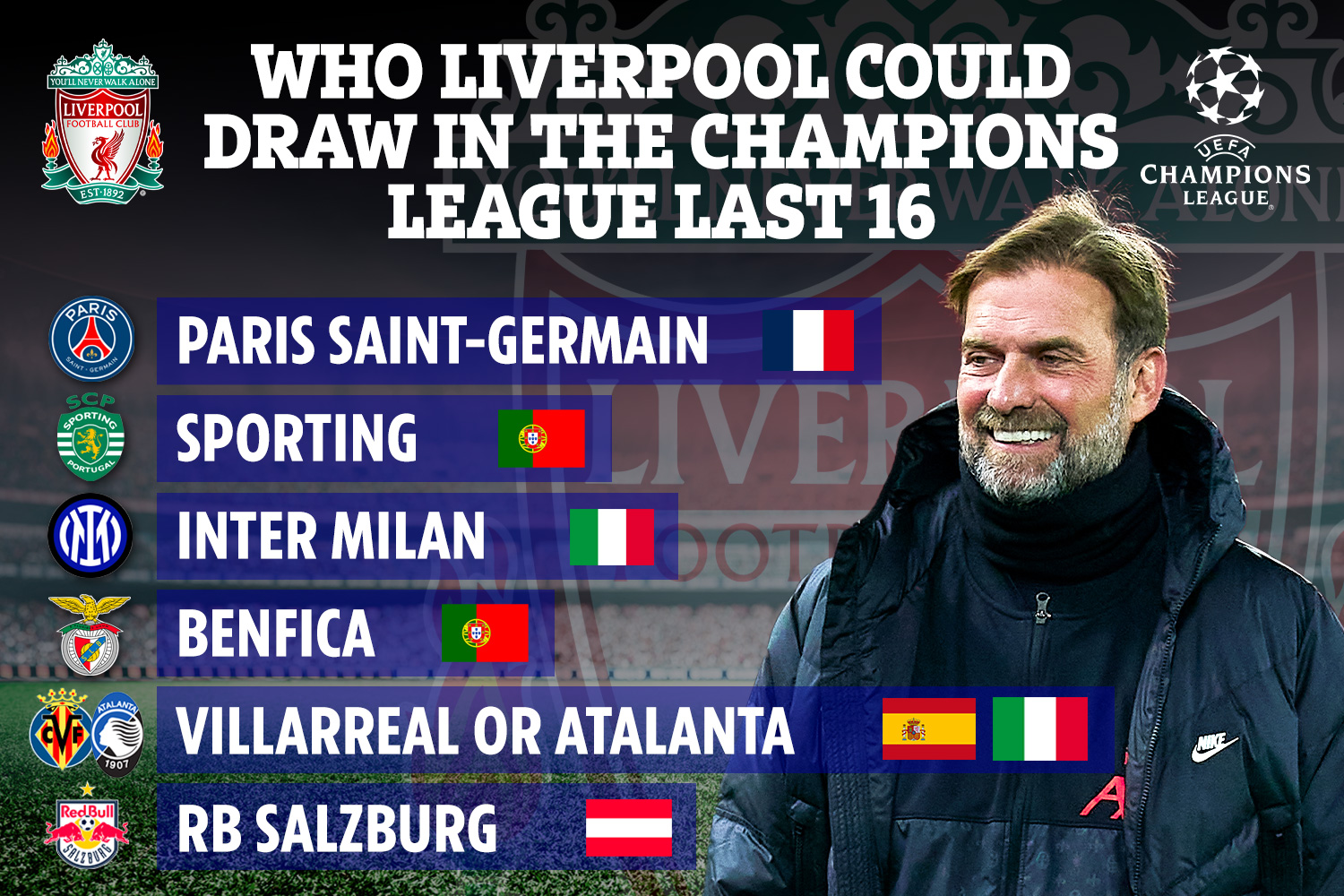