CESAR AZPILICUETA is not the first name you would think of as one of English football’s finest trophy  collectors.

But here in the United Arab Emirates on Wednesday afternoon, the Chelsea captain will take the first step towards delivering an unprecedented clean sweep. 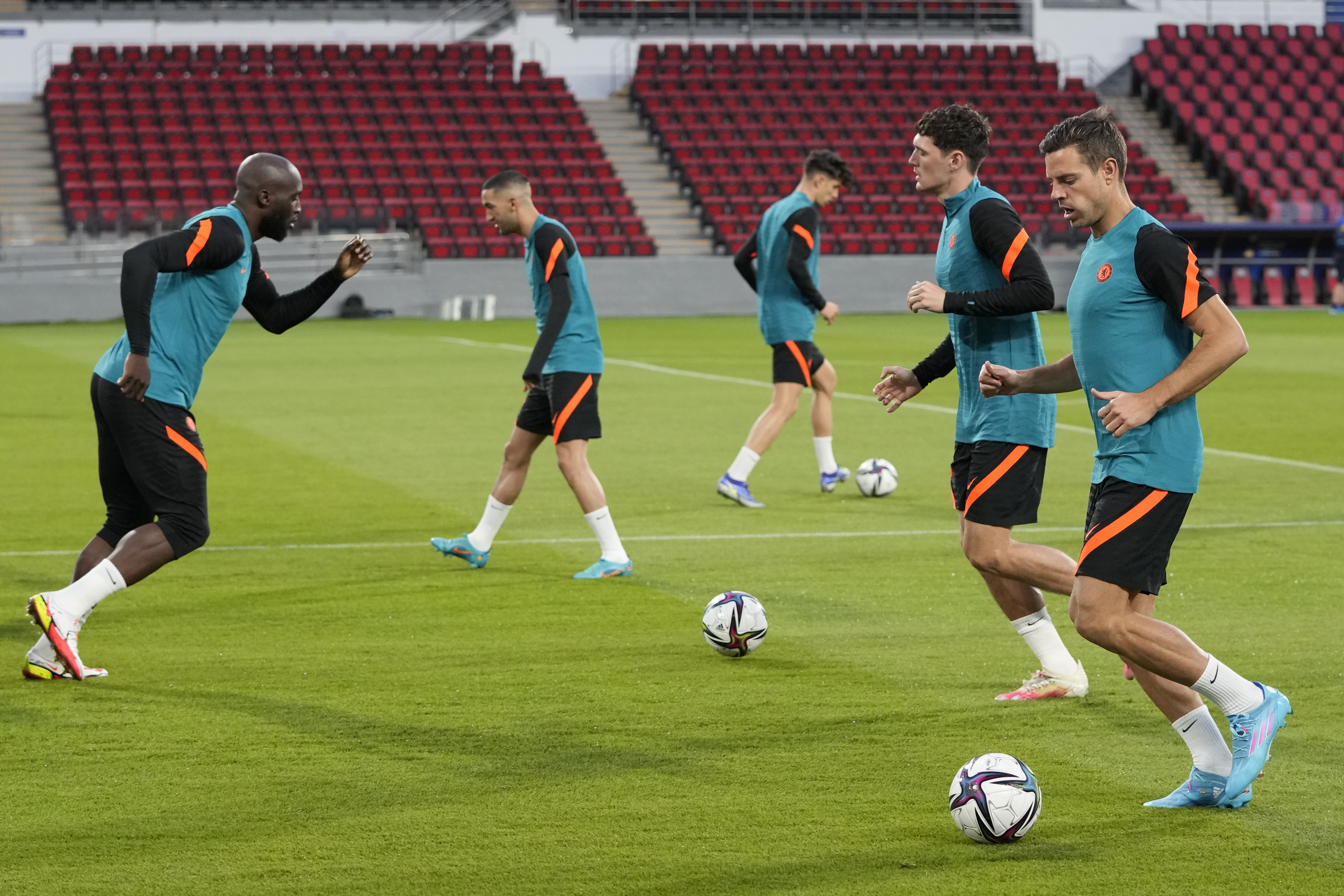 Chelsea train in the UAE as they bid to win the Club World Cup trophy for the first time, completing a personal clean sweep for AzpilicuetaCredit: AP 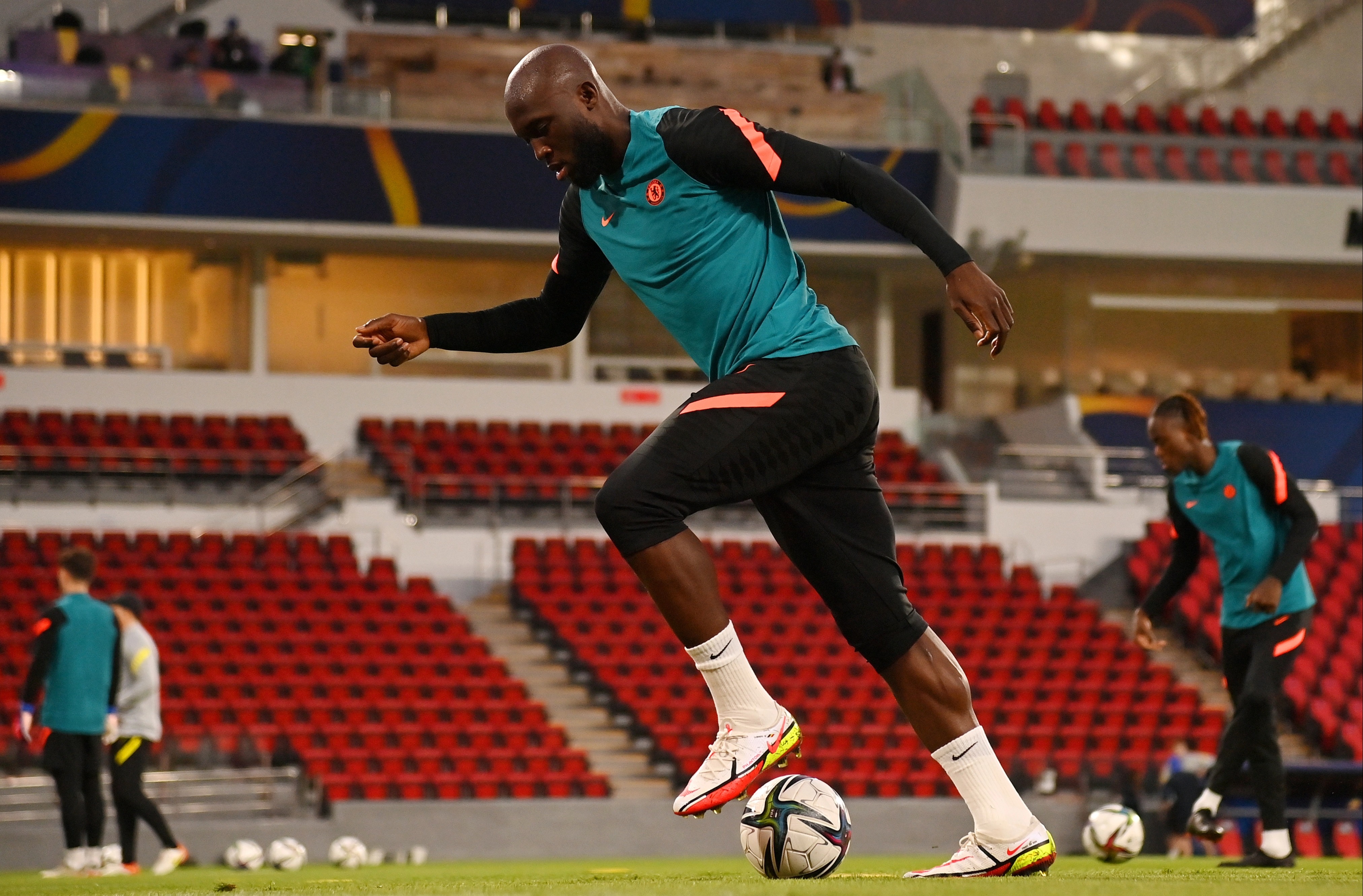 Striker Romelu Lukaku revs up for taking on Saudi side Al HilalCredit: Getty 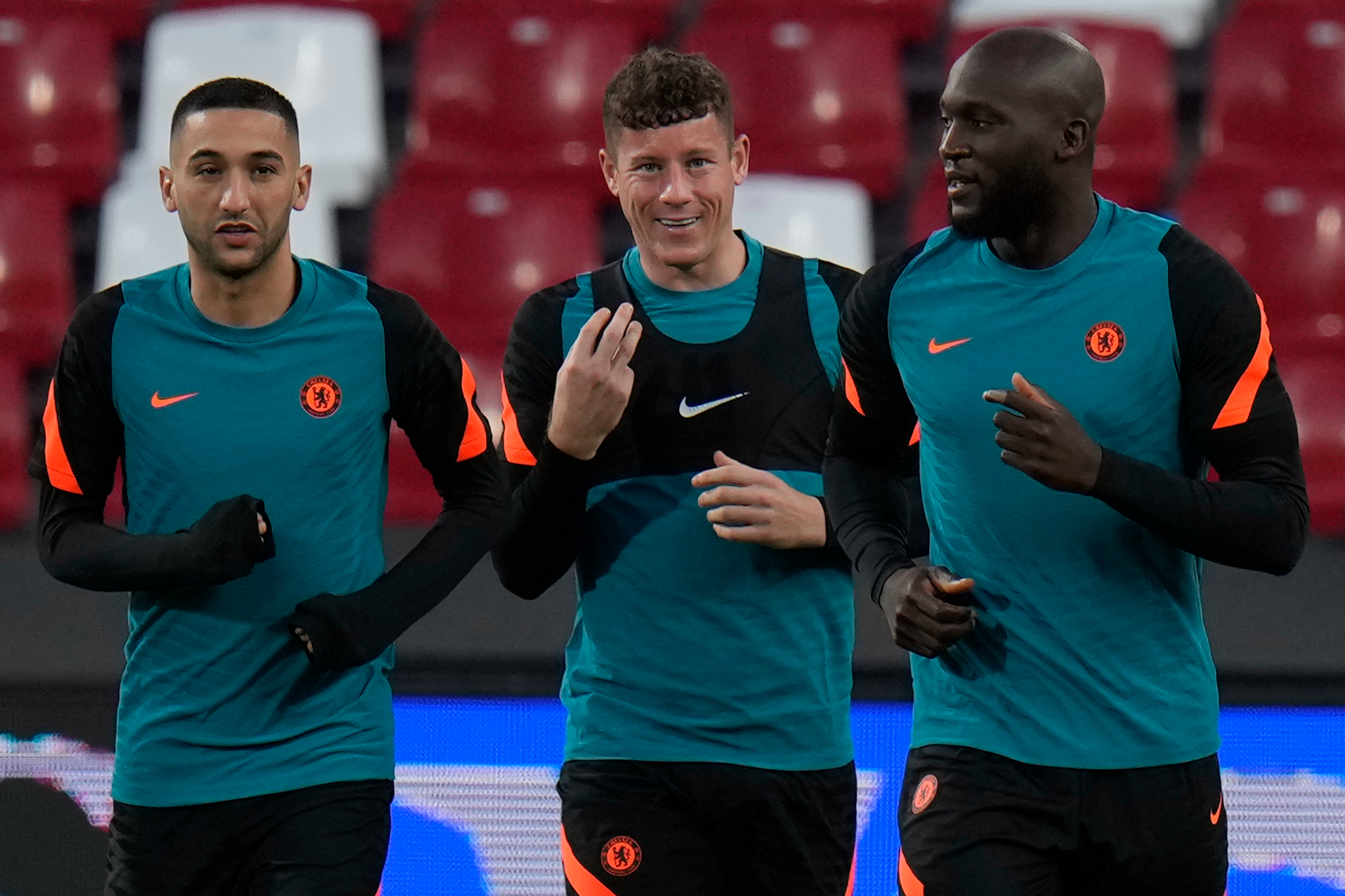 Hakim Ziyech, Ross Barkley and Romelu Lukaku get ready for the unknownCredit: AP

And finally, now for the Club World Cup trophy, which he was unable to capture in 2012  when Chelsea lost 1-0 to Brazil’s Corinthians  in Japan.

Liverpool were the last English winners in Qatar in 2019 — and now Azpilicueta is ready to make history with the club he joined a decade ago.

Ahead of facing Al Hilal of Saudi Arabia in today’s semi-final, the Spaniard said: “Everyone tries to create their own history at the club.

“Through the years, we have seen many world-class players who have tried to help to increase the trophy cabinet of this club.

“When the time arrives, we want to make the most of it.

“And now it is true we have our own opportunity to create history at the club, to win a trophy that no one has won at Chelsea — hopefully we are the ones who can do it.

“It’s very difficult to be at this tournament and after ten years, you realise just how  difficult it is.  We lost the final  against Corinthians, back then it had a different feeling as it was my first season at Chelsea.

“We were in every competition and maybe it looked easier than it was.

“And then with more time you realise how difficult it is, first of all just qualifying.

“So we have to make the most of it, starting with this game. And hopefully that bad experience will help us.

“We’re really motivated and losing in 2012 hurt a lot. This is the only competition the club has not won.

“To win it for the first time for would be huge. It has great meaning for everyone, for us and the fans. Plus we’re  representing Europe.

“Maybe sometimes in Europe we have a different perception of what the tournament is — but the reality is that it’s very difficult to be here.

“We play the champions of the other continents.” 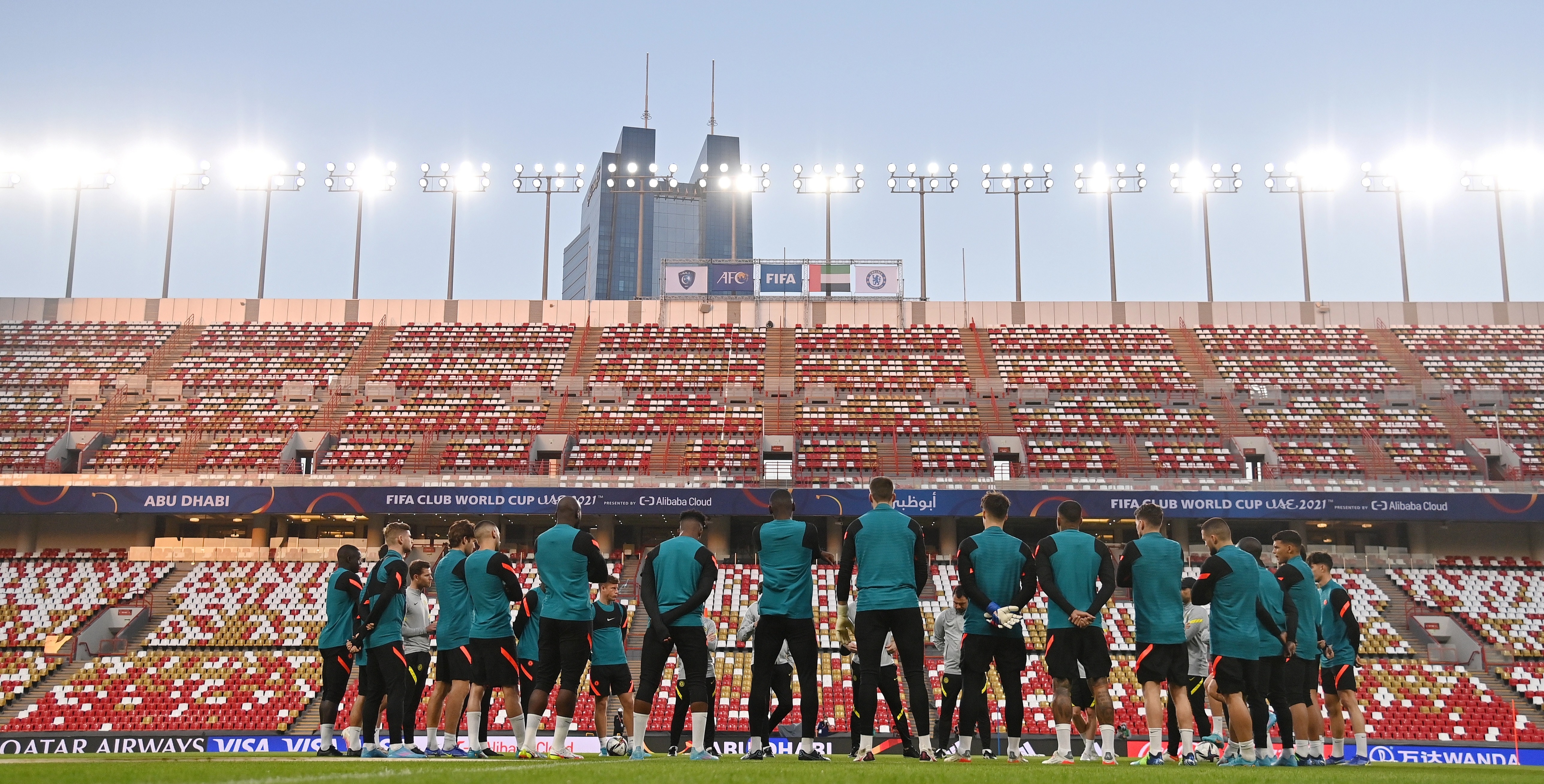 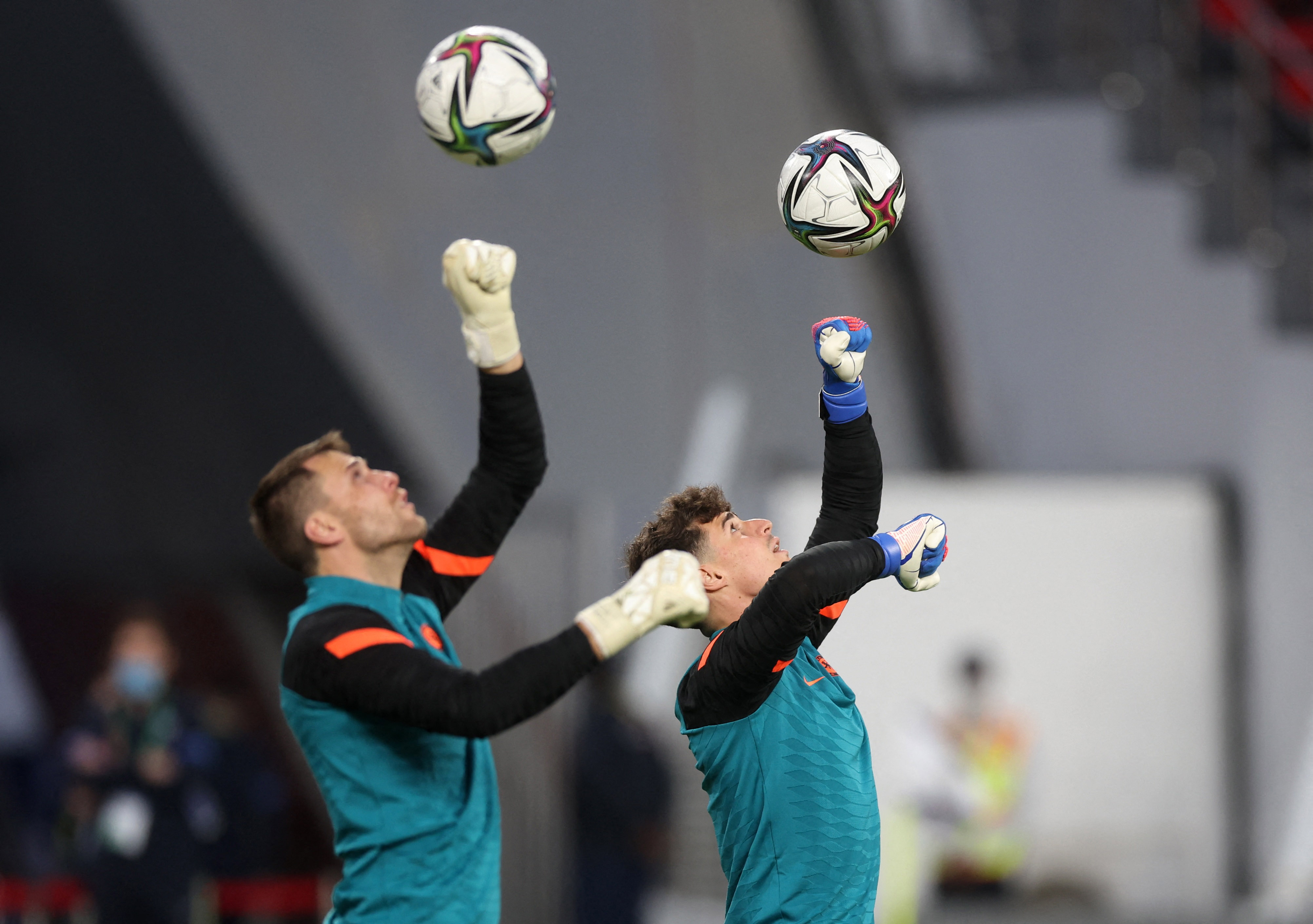 Chelsea arrived here in the early hours of Sunday morning without boss Thomas Tuchel, who tested positive for Covid — but the German could still come out for the final.

Tuchel’s No 2 Arno Michels will be in charge tonight and will be assisted by Hungarian coach Zsolt Low.

Yet at training it was Petr Cech, Chelsea’s technical and performance adviser, who addressed the players before the session at the Mohamed bin Zayed Stadium.

Azpilicuta, 32, admitted  he has taken some of Chelsea’s younger players aside, to remind them that these type of opportunities do not come around  often.

He added: “When we are young, we think we might have more opportunities.

“And with time you see how difficult it is not only to win trophies — but also to get into finals.

“Sometimes you can win or lose yet this kind of tournaments is not the normal kind of cup you play every day. 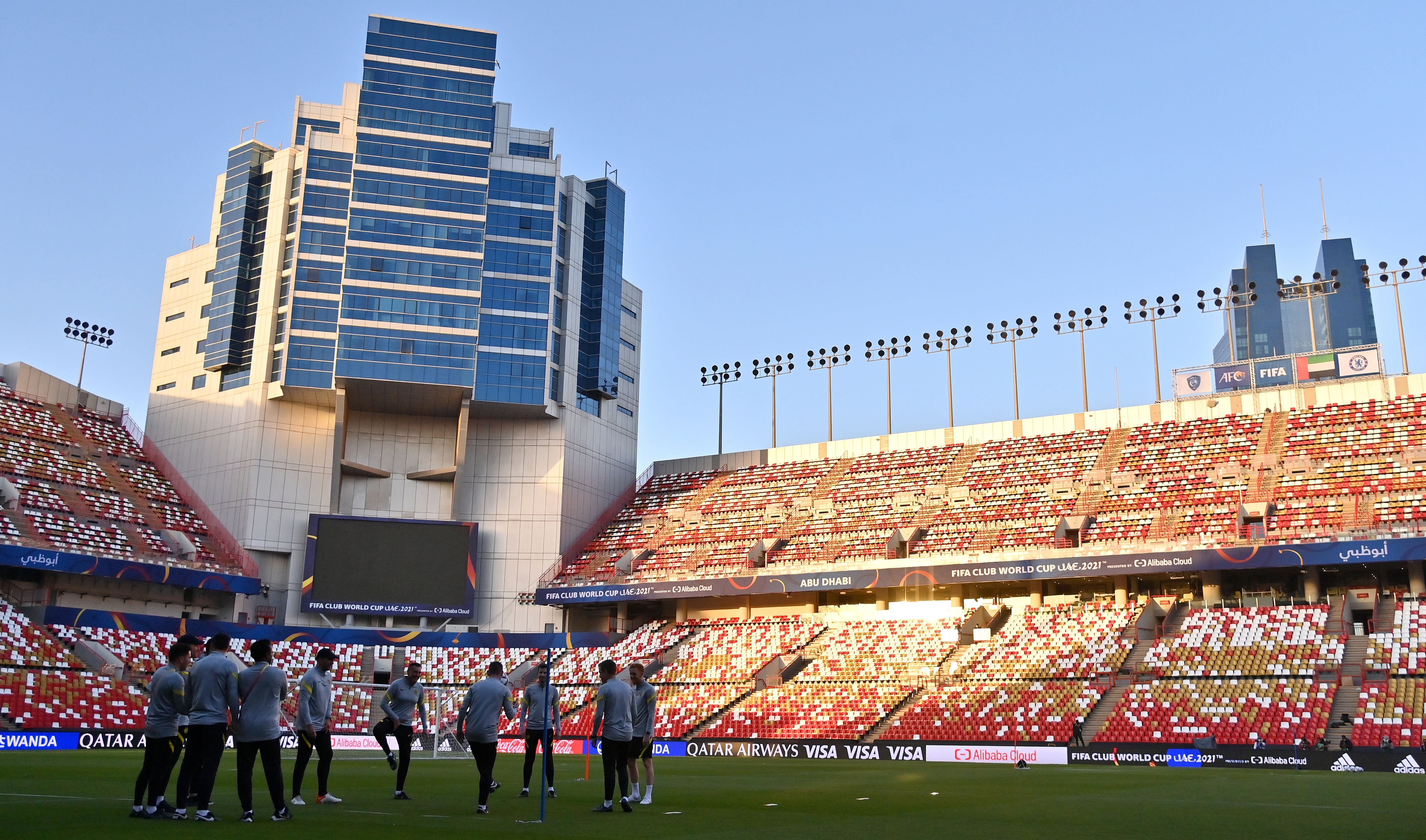 Chelsea hope the massive architecture is a backdrop for an equally-towering achievement on the pitchCredit: Getty 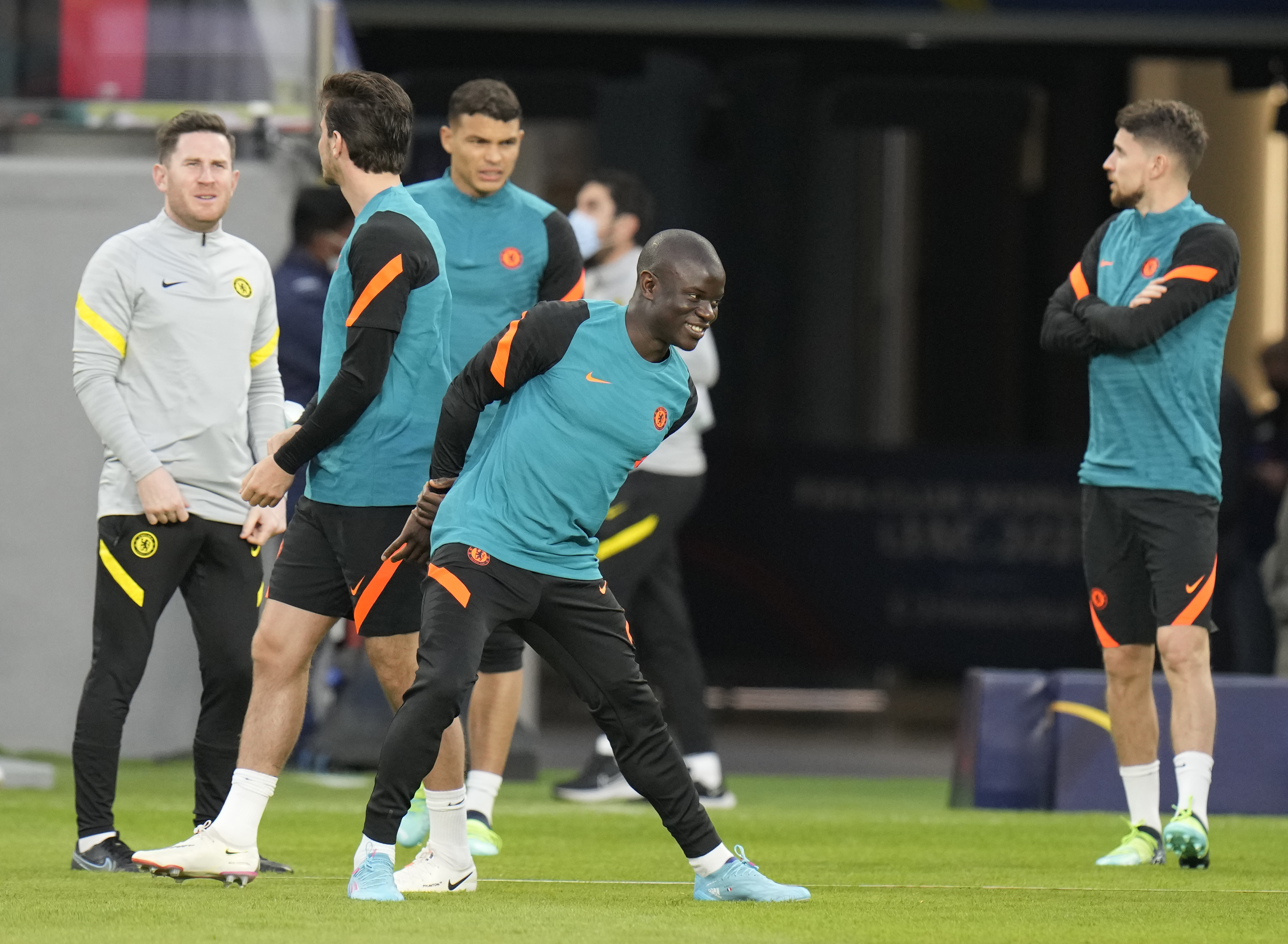 N’Golo Kante is the middle man as the Blues warm up for the cupCredit: AP

“Everyone is aware how difficult it is — and that we cannot miss our chance.”

Tuchel, who also missed the 2-1 home win over Plymouth in the FA Cup fourth round, will address the squad  over a video link at the team hotel today.

During the game, he will be in constant dialogue with the coaching staff on the bench.

Low said: “We’ve had a lot of meetings using video.

“We  change our ideas a lot of times during the day.

“And we know Al Hilal, we watched the game on Sunday with the coaching staff.

“They have good quality up front and can score a lot. We expect a difficult game.”

After helping Senegal to their first  Africa Cup of Nations  win over Egypt, Chelsea keeper Edouard Mendy was due to land in the UAE last night, although   Kepa Arrizabalaga is set to feature today.