The Spaniard joined the Blues months after their first European Cup success in 2012. 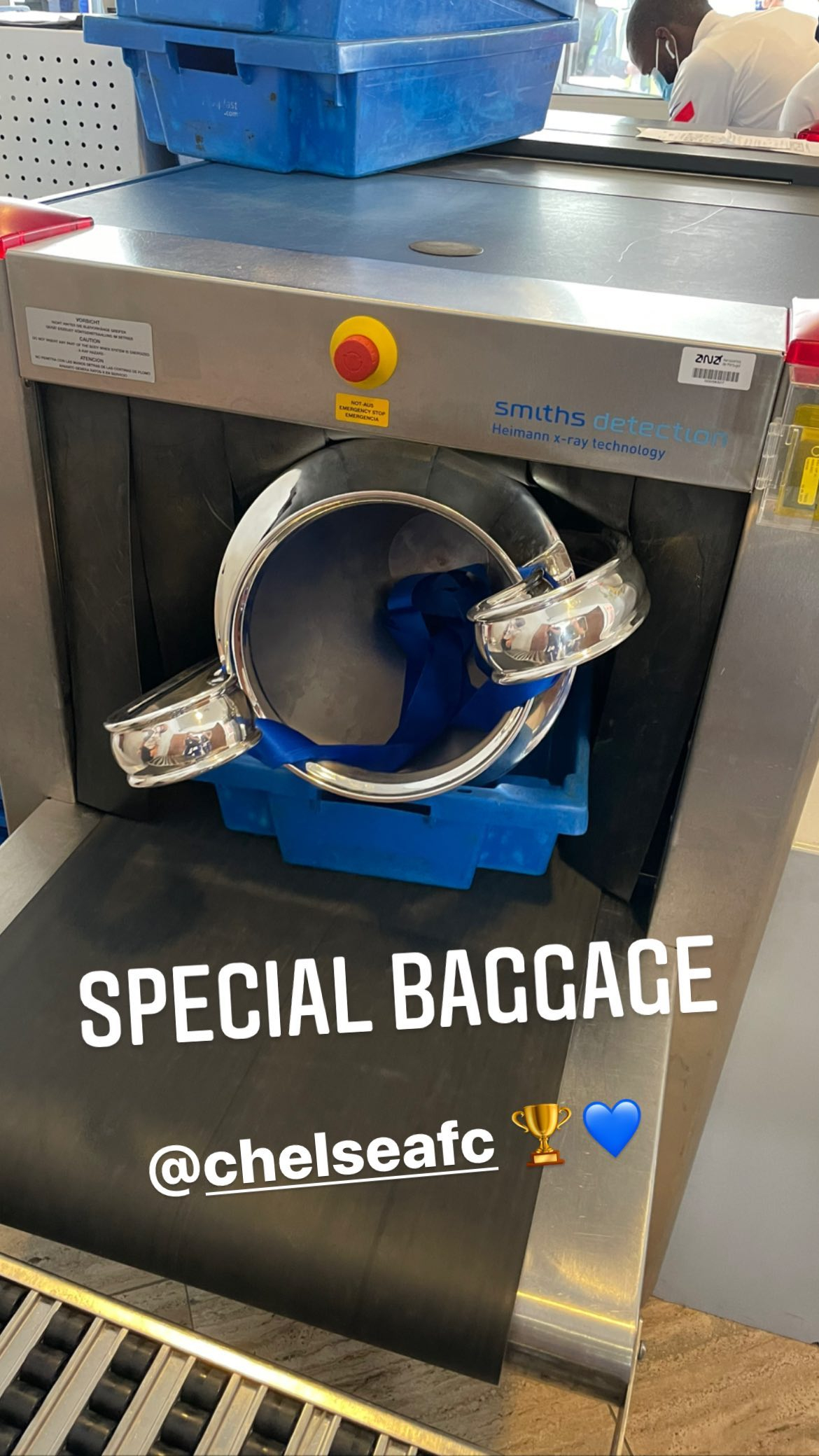 Chelsea had some special baggage to take back with them to the UKCredit: Instagram @cesarazpi 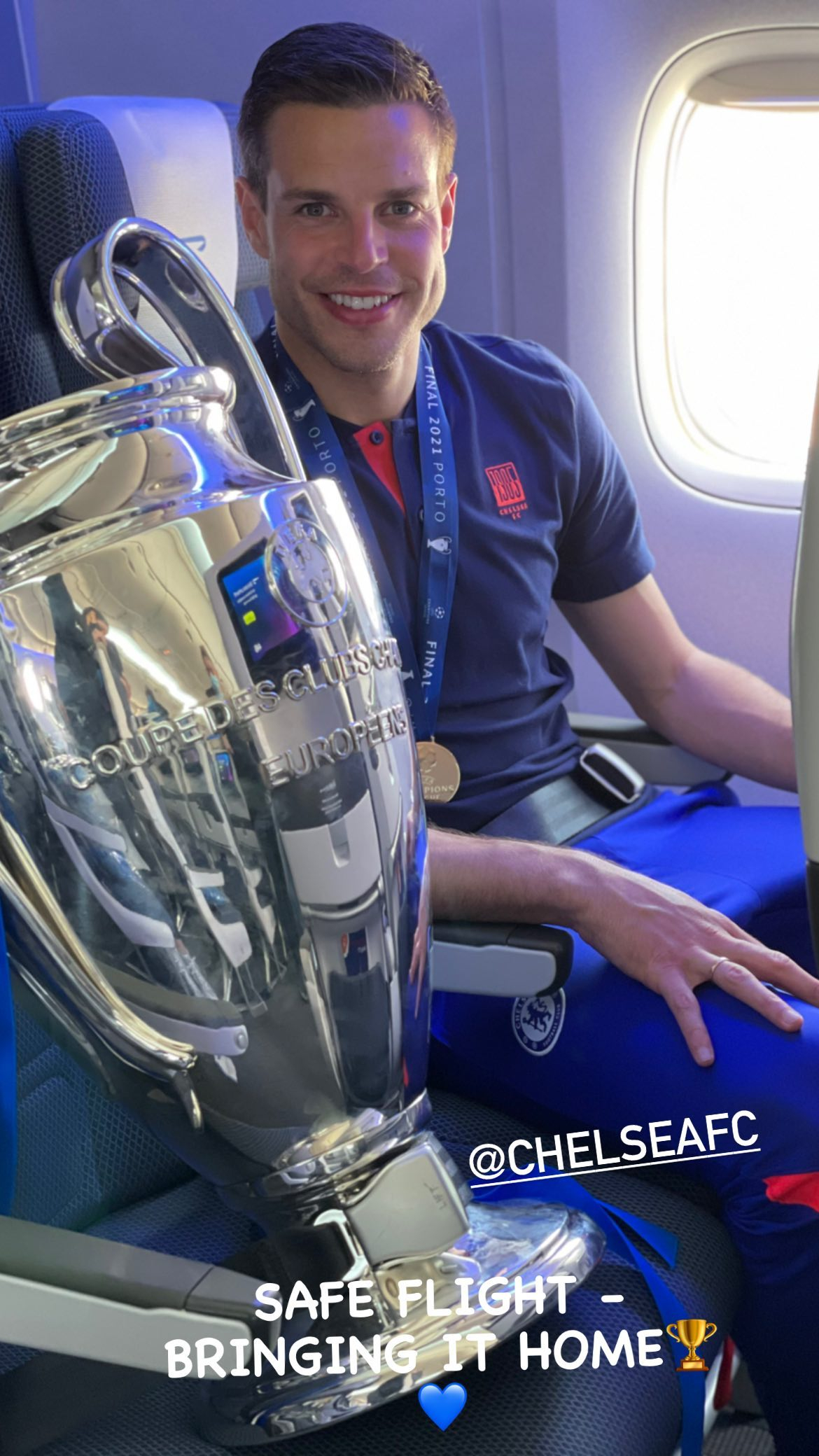 Azpilicueta had a special guest seated next to him on the flight backCredit: Instagram @cesarazpi

He had to wait almost a decade to lift the jug-eared trophy himself which he did as skipper on Saturday following a 1-0 win over Manchester City.

Azpilicueta is now off to the Euros with Spain hoping to win his first major international tournament – before returning to Stamford Bridge aiming to build on the triumph in Porto.

The 31-year-old said: “When you play for a club like Chelsea, you always think about the future.

“That’s done, we are very happy, we will celebrate, we are champions of Europe again after nine years, second time in our history.

“But football is like this, the ones who go to the Euros get a new challenge ahead of us, we will come back in the Premier league, we didn’t finish where we wanted to finish and we want to fight for everything.

“We will celebrate this, for a few days, the whole summer for the ones who don’t have the Euros!

“But that’s gone, we are part of the history of Chelsea and then we will go for the next challenge.” 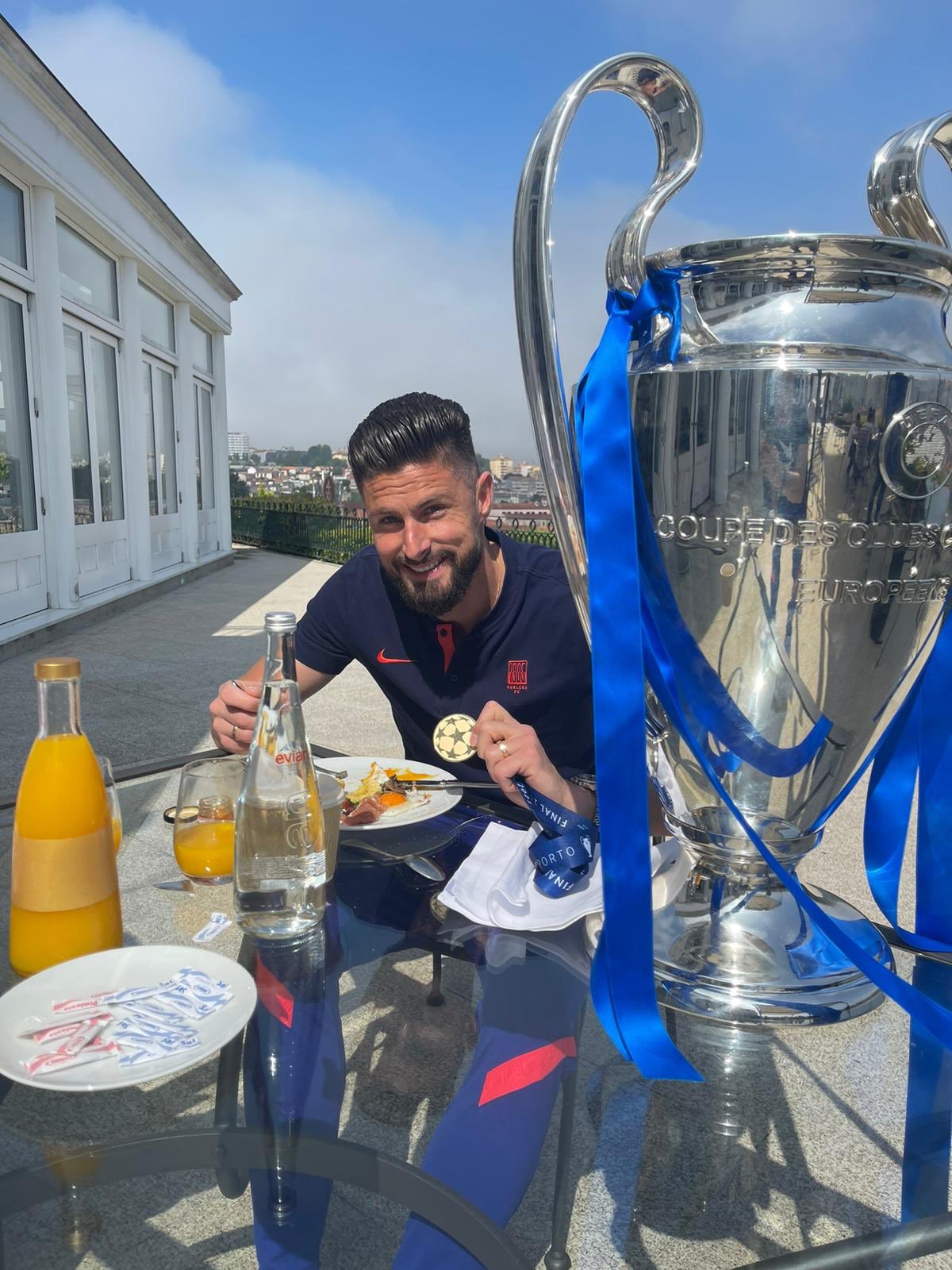 Kai Havertz’ 42nd-minute winner was enough to see off Pep Guardiola’s lacklustre City, who had surprisingly opted not to play a defensive midfielder.

It was the ultimate team performance from Thomas Tuchel’s team who put their bodies on the line, led by their inspirational skipper.

Chelsea’s season looked to be collapsing in January when Frank Lampard was sacked.

But successor Tuchel managed something remarkable with this victory, along with a top-four spot and an FA Cup final appearance. 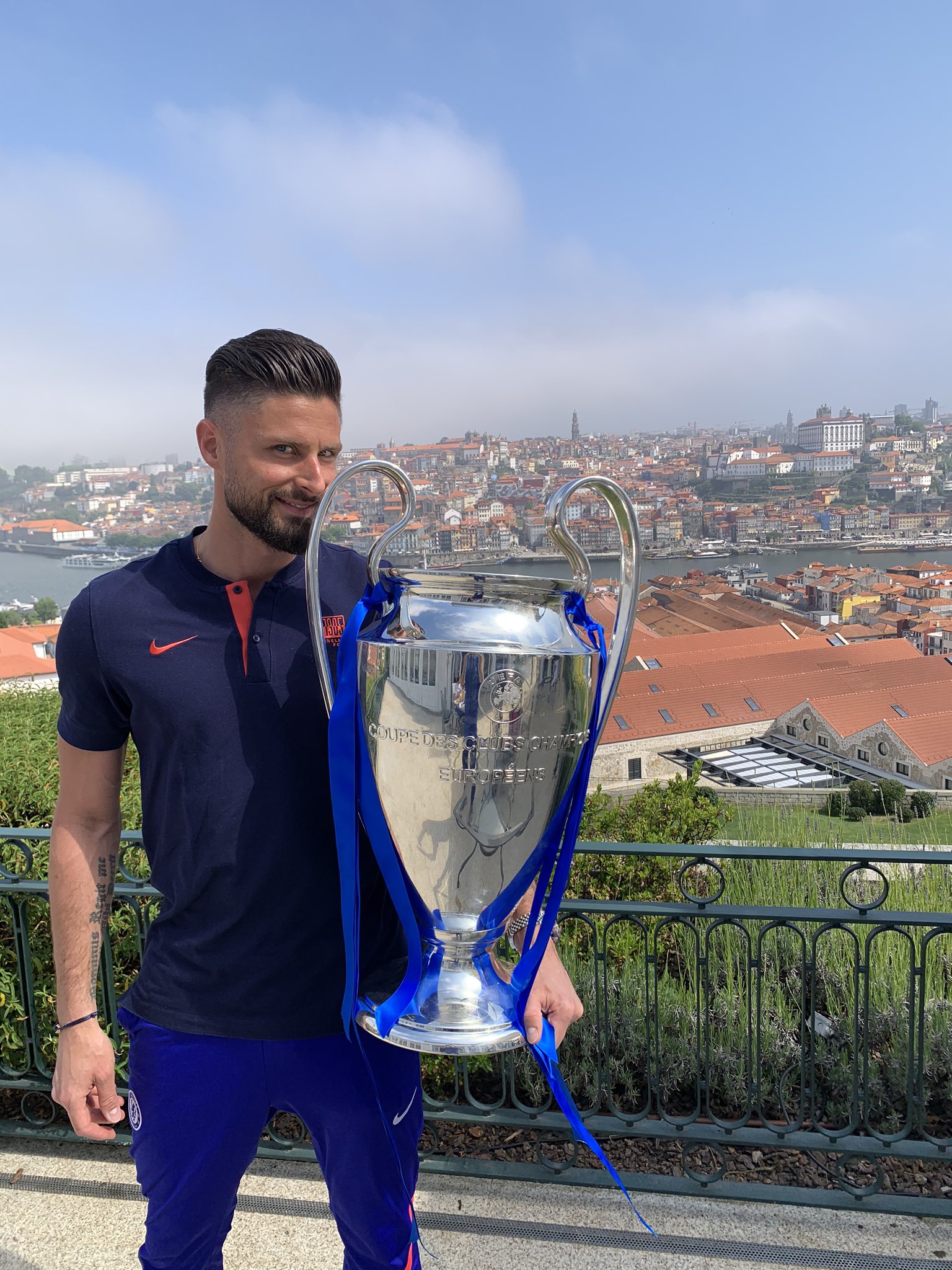 Giroud is treasuring his time with the Champions League trophyCredit: Twitter @_OlivierGiroud_

Azpilicueta added: “It’s been a difficult, tough season, we ended it in the best way possible. It was well deserved.

“I want to make sure the whole group felt involved, there were only a few of us lucky enough to be on the pitch but the preparation from everybody, the staff, was amazing and I think made the difference.

“Everyone left their ego, they helped the team and that’s the biggest thing for me with the guys up front, Timo (Werner), Kai and Christian (Pulisic) and the work they did for the team was incredible.”

Man-of-the-match N’Golo Kante epitomised that selflessness with another omnipresent display.

The quiet Frenchman is now arguably the greatest holding midfielder in Premier League history, having won the competition twice with two different clubs, the FA Cup, the Europa League, the World Cup with France and now the Champions League. 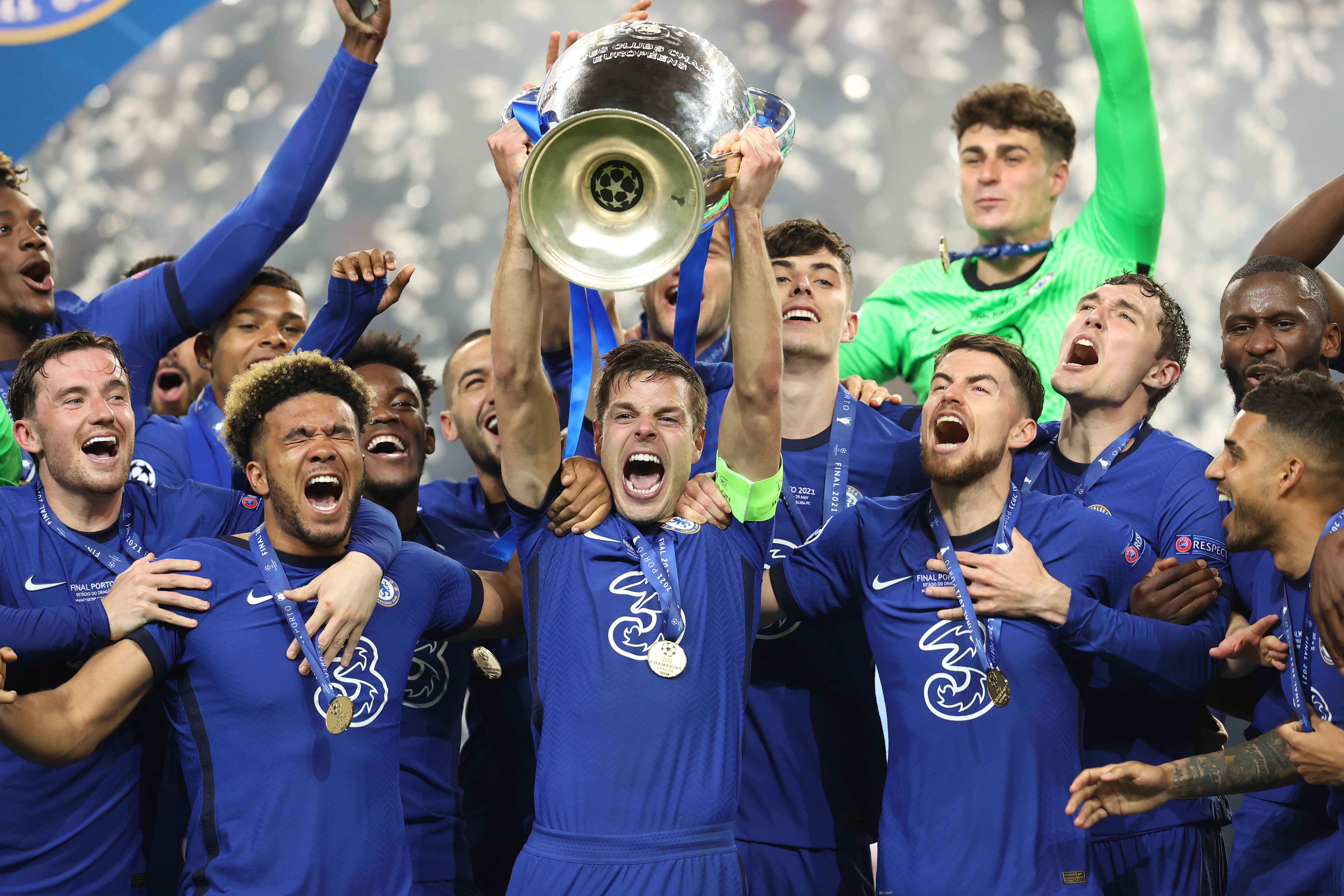 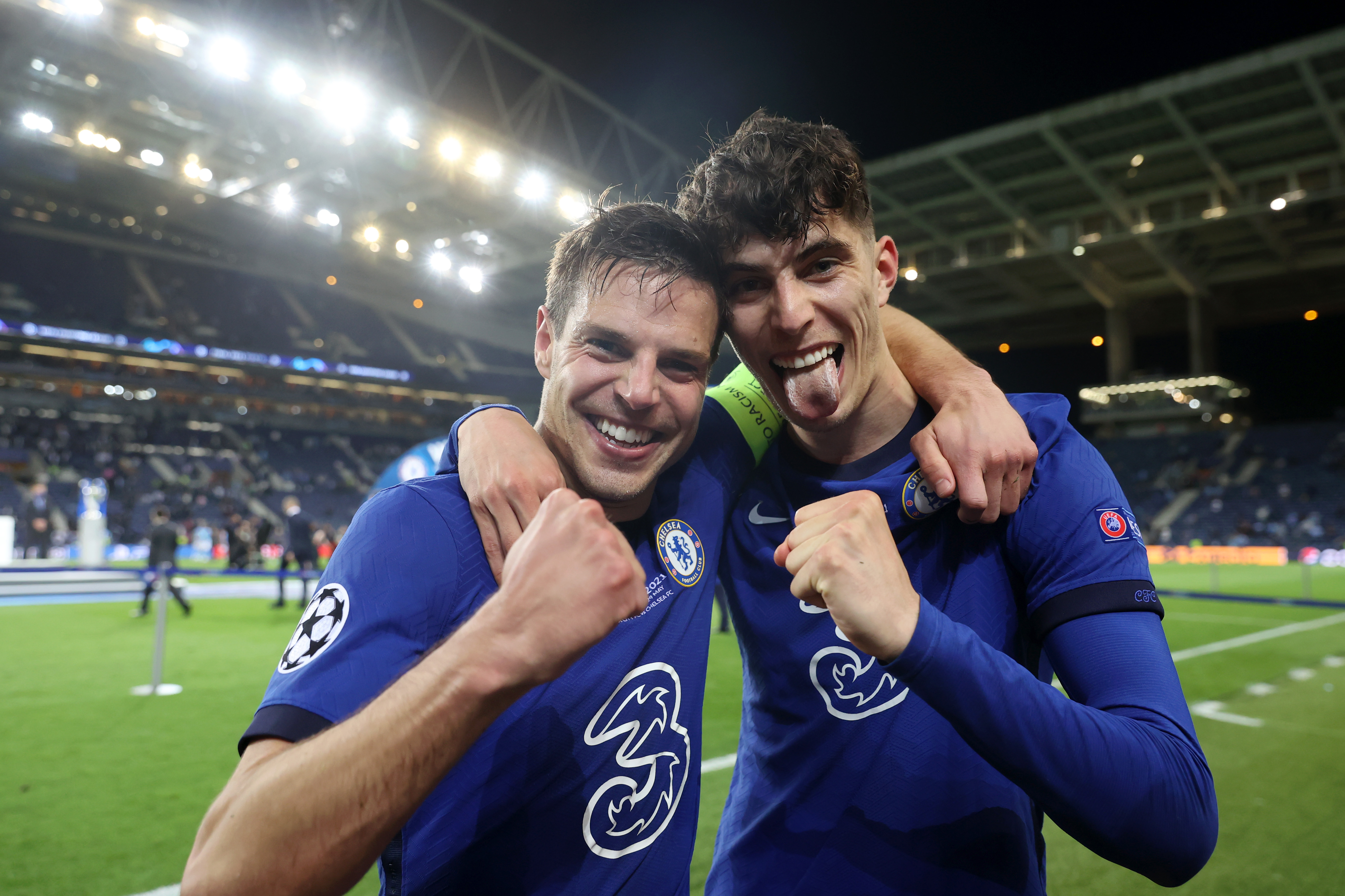 Speaking of his “humble” team-mate, Azpilicueta added: “He does everything with the energy he brings.

“I don’t know how many ball recoveries he had, the way he dragged the ball forward, covered so much ground. It’s special to have him.

“When we didn’t have him, we missed him but of course as well after winning the World Cup, the Champions League, he is still so humble as a person/

“I’m so happy for him because he’s a massive part of this team and after a few years, I’m very happy to have him next to me.”