CARLOS TEVEZ is reportedly on the verge of landing his first managerial job.

That’s because the former Manchester United and City star is set to be named boss of Argentine side Rosario Central.

Carlos Tevez is set for his first managerial role with Rosario CentralCredit: AFP

Various reports in his homeland claim Tevez, 38, is set to beat highly-rated Pablo Sanchez to the coveted role.

Both men met with Rosario chiefs for extensive interviews this week.

But it’s Tevez who has come out on top, despite Sanchez being the more experienced gaffer.

Tevez only announced his retirement from football earlier this month after rejecting a move to the MLS. 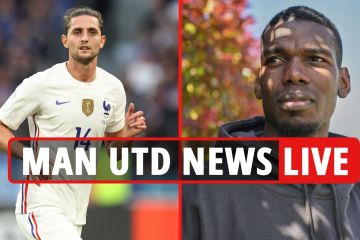 The former West Ham and Juventus striker did not want to continue playing after his latest spell at Boca Juniors.

And Tevez recently expressed his desire to move into the dugout.

It’s reckoned Tevez has been preparing for life as a boss by spending time studying in Europe.

He took in training sessions with both Juventus and AC Milan while picking the brains of Serie A winners Max Allegri and Stefano Pioli.

And they will be hoping Tevez lasts longer than predecessor Leandro Somoza, who resigned after less than three months in the job.

But if he’s as good a manager as he was a player, Rosario have little to worry about.

Tevez scored 308 goals in 746 games during spells in five countries also including Brazil and China.

He won 11 league titles during his glittering career, as well as the Champions League and Copa Libertadores.

Tevez also netted 13 times in 76 games for Argentina, with his last cap coming in 2015.