But the former West Ham and Juventus striker failed to pick a single Manchester City player in the lineup despite spending more time at the Etihad than Old Trafford. 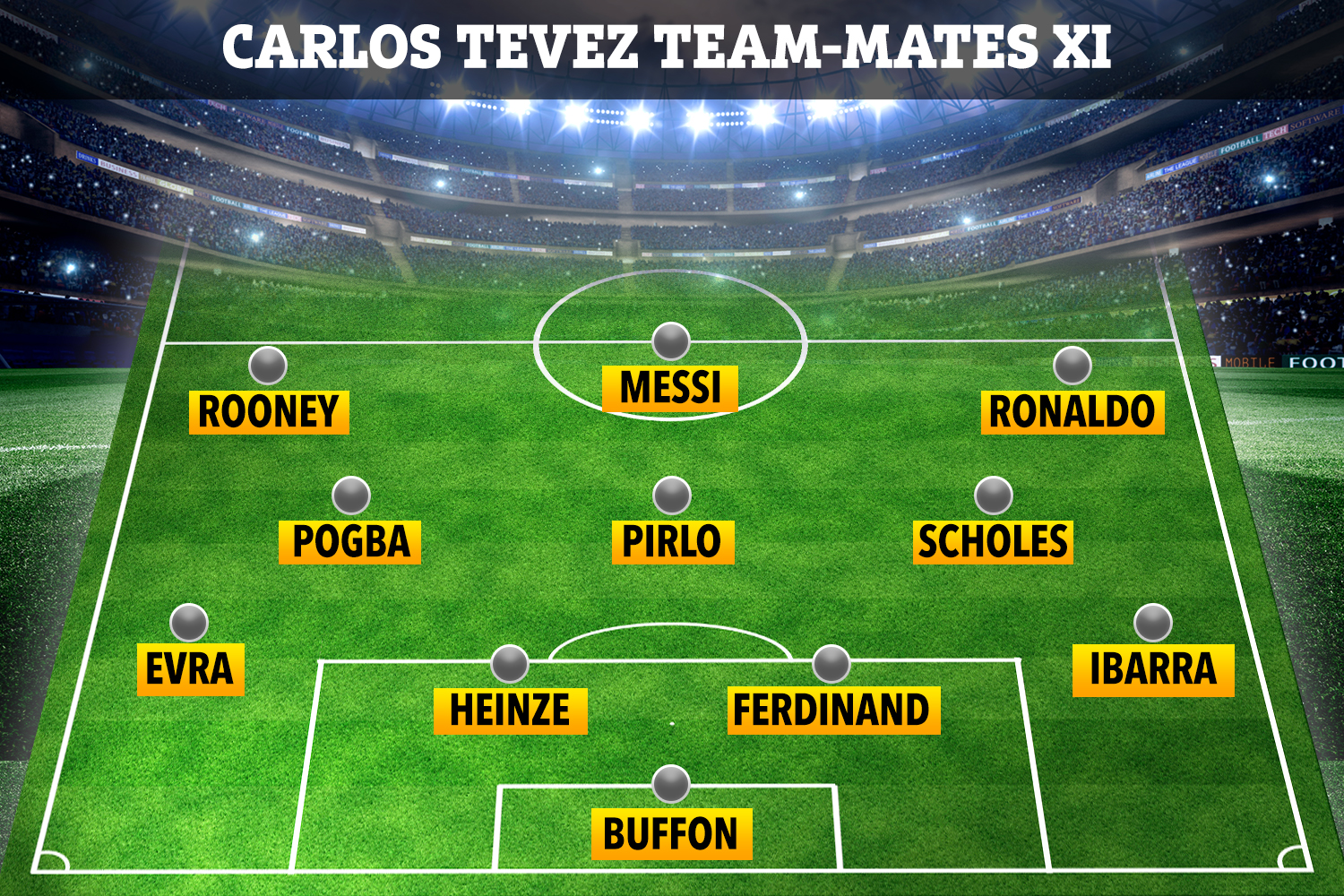 The iconic striker now plays for boyhood club Boca Juniors and was recently asked about the best players he ever played with.

And the 36-year-old replied: “If I retired and had to put together a farewell match, my team would be…

“Cristiano Ronaldo, Lionel Messi and Wayne Rooney [in attack]. I

Tevez arrived in England in 2006 – signing for West Ham alongside fellow Argentine Javier Mascherano in one of the most remarkable transfers of all time.

And the striker quickly became a hero among the East London faithful where he is still adored.

After taking some time to get fit, he scored seven goals in the Hammers’ last ten Premier League games to help them pull of a ‘Great Escape’ and stay up on the last day of the 2006-07 season.

Tevez scored the only goal on the final day of the campaign – a famous 1-0 win for West Ham at Old Trafford.

He left for United that summer and went on to score 34 goals in 99 games for the Red Devils – winning two Premier League titles and the Champions League – before a controversial switch to local rivals City in 2009.

The Argentine international went on to spend four years at the Etihad scoring 73 goals from 148 games and helping the club to their first league title in 44 years.

But he clearly didn’t rate any of his Etihad team-mates too much.

Despite a decorated career including three Premier Leagues, one Champions League, an FA Cup, a League Cup and two Serie A titles, Tevez recently admitted his heart still lies in East London.

He added: “If I had to go back to Europe, I’d go to West Ham to be applauded where I am loved.