It was fitting that Tom Cruise was here for this thrilling British GP. 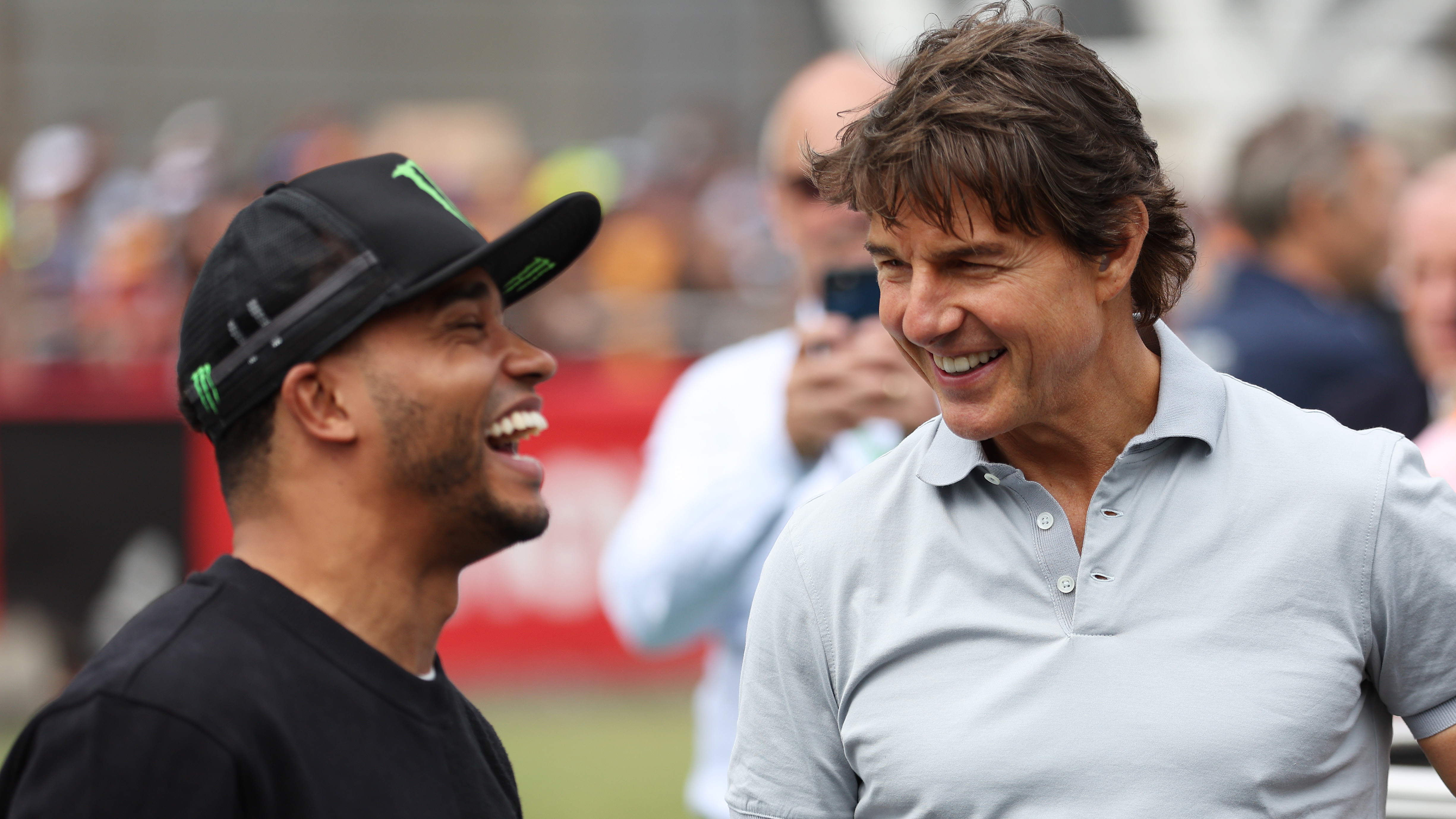 At the heart of it, an epic performance from Lewis Hamilton, who came home in third place.

There was a huge smash that looked like the work of a Hollywood production, a protest from track invaders AND a thrilling climax.

Phew! What a race, won by Ferrari’s Carlos Sainz.

Hamilton made an explosive start from fifth on the grid to quickly get into third but this race came to a shuddering halt with a spectacular smash involving Zhou Guanyu.

The Alfa Romeo man was caught in a three-way tangle with George Russell and Pierre Gasly and sent into a terrifying roll before skidding along the surface upside down.

He was still travelling at such speed across the gravel trap that he was catapulted over the tyre barriers and his car was only stopped by the catch-fencing, last-line of defence before the grandstand full of spectators.

His car came to rest in a crumpled mess, wedged between the crash barrier and wire fencing, which had saved the fans from some serious injury.

The race was red flagged immediately to allow medics to rush to Zhou – and just as well too, for there had been a track invasion at the Wellington Straight by protestors.

There were incredible scenes as five people sat down on the track – risking their lives and others – had the cars been running at full speed.

It was simply unbelievable given the circuit had been warned by police by the threats of an invasion from environmentalists.

There was a delay as police arrived on the scene to remove them while the extraction team were able to free Zhou from the wreckage.

Alex Albon, was was also caught up in the first lap smash, was taken to hospital for checks but all drivers were passed fit.

It was testament to the halo on Zhou’s car that saved him from serious injury.

At the second start, there was less of a rocket start for Hamilton but there was more of a concern for Max Verstappen, who had something wrong with his Red Bull.

The Red Bull man was exasperated over the team’s radio as he was told he had some broken bodywork that was costing him some performance.

“I don’t know why the f*** you put me on these tyres, given the damage,” Verstappen screamed at his engineer. “I’m driving like I’m on ice.”

Meanwhile, Hamilton started catching the Ferrari duo of Charles Leclerc and Sainz, who were having their own squabble up front.

Leclerc was quicker – despite his damaged car – than Sainz, who was leading. Eventually Sainz was told “not good enough, we are swapping the cars”.

It was hard on the Spaniard, who had taken pole the previous day but also one that was understandable.

But he was not done, despite the team orders, he was catapulted back into the lead after a safety car was deployed when Esteban Ocon broke down on track.

Sainz got past Leclerc and into the lead and he managed to hold on to record his first win.

But behind him there was drama as Hamilton battled Perez and Leclerc while Fernando Alonso also got into the mix.

It was heart in the mouth stuff as they traded places. On track, off track, it was sensational stuff.

Sainz crossed the line first ahead of Perez and Hamilton to take victory No.1 at the 150th attempt.

But it was Hamilton’s drive which proved to be the main event for the home fans as he took the final place on the podium behind Perez, who himself had looked out of the running after getting caught on the lap one melee. 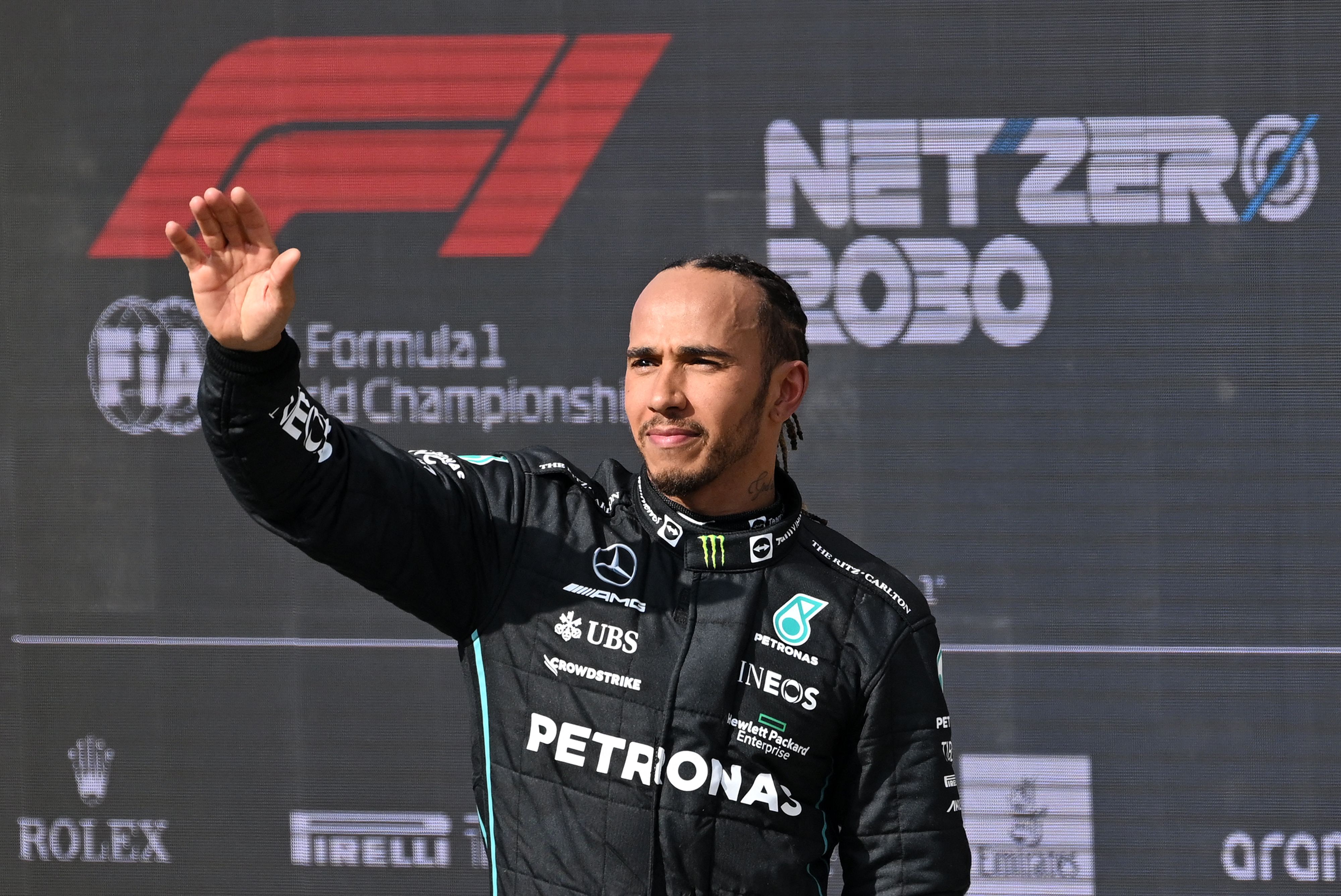 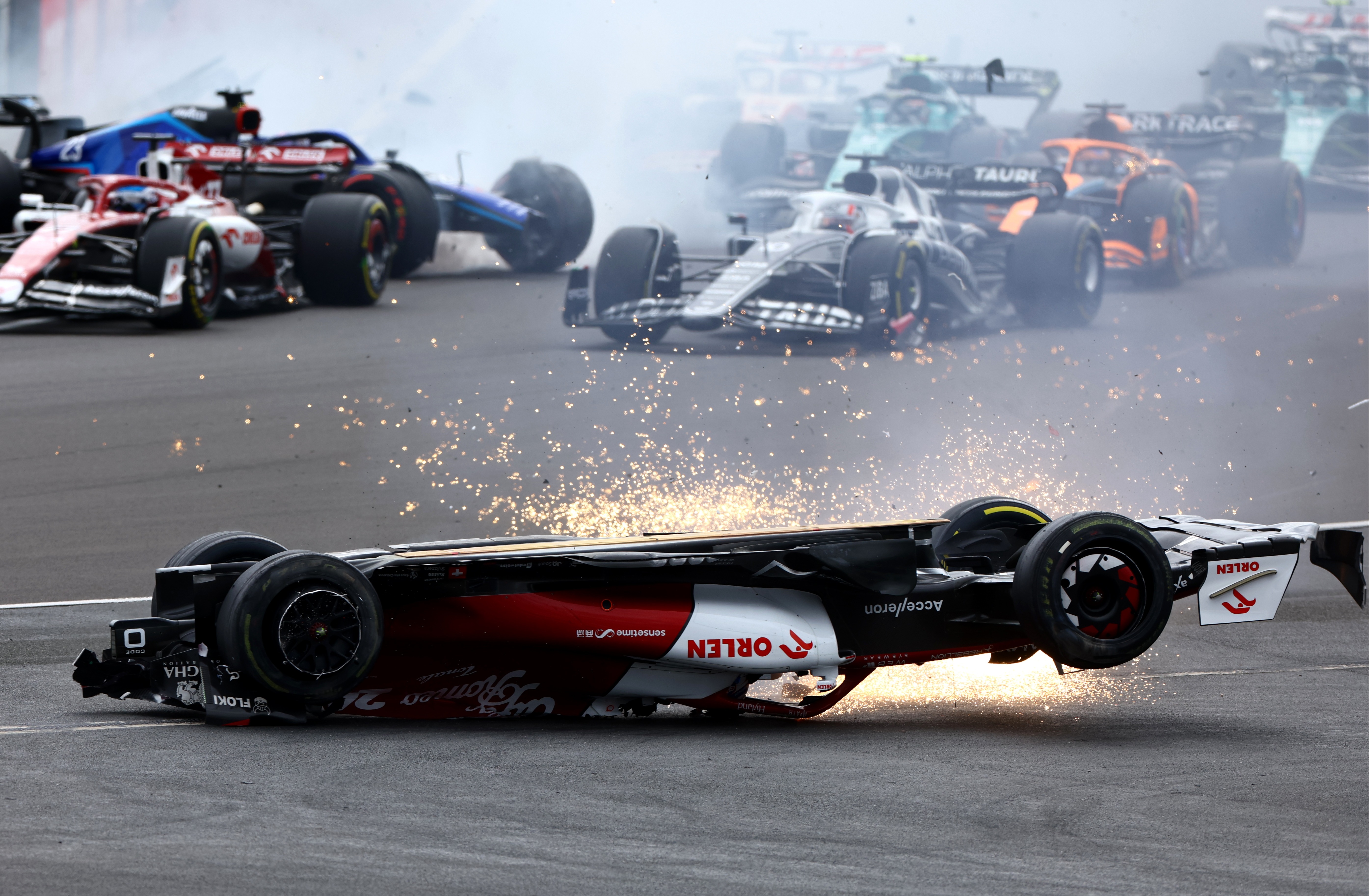 Zhou Guanyu was involved in a horror crashCredit: Getty 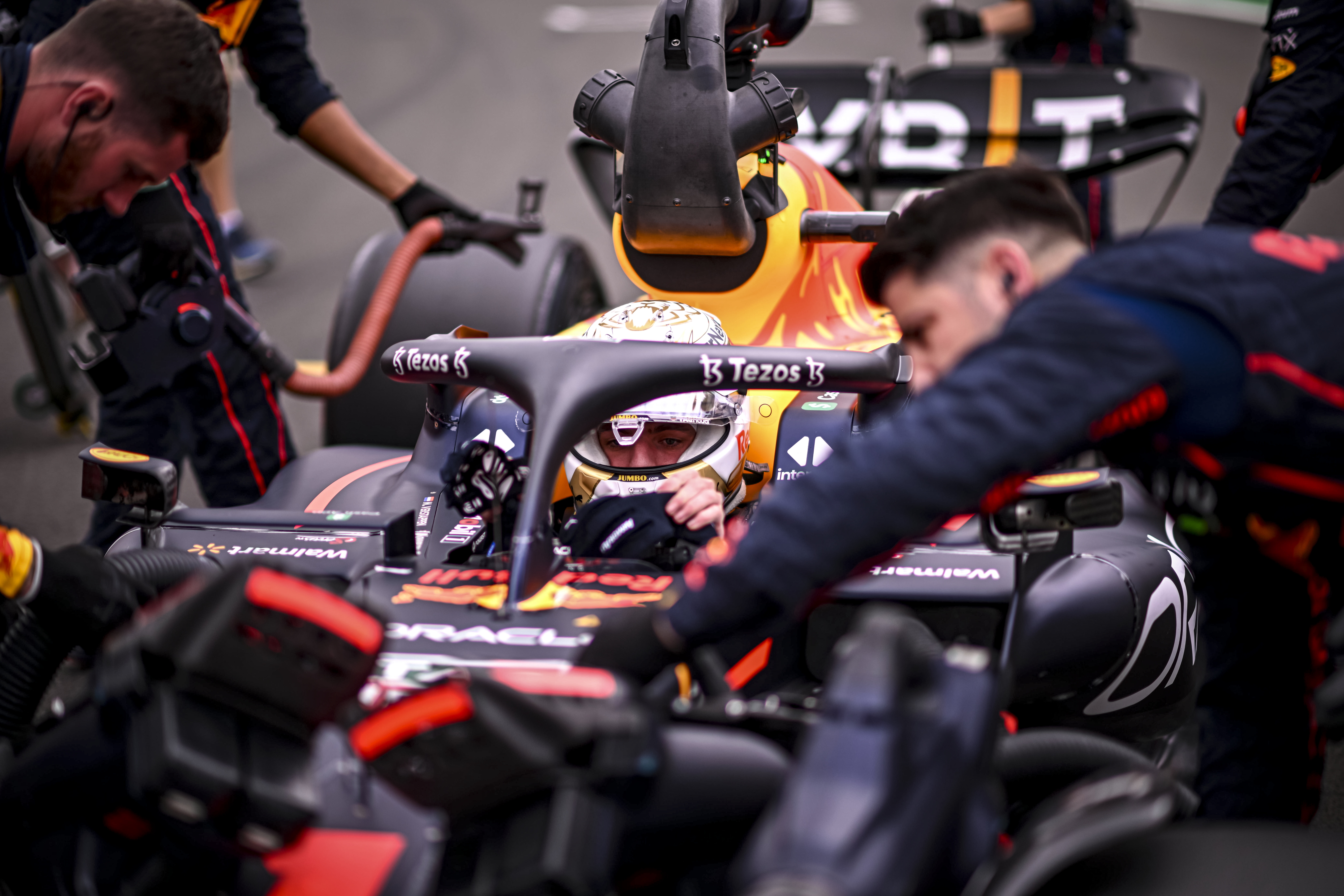