BUNGLING linesmen had to start Chile’s World Cup qualifier match against Argentina with fluorescent jackets tied to cut-off broom handles after forgetting their proper flags in their hotels.

Brazilians Fabricio Vilarinho and Rodrigo Figueiredo realised their embarrassing gaffe once they had reached the stadium. 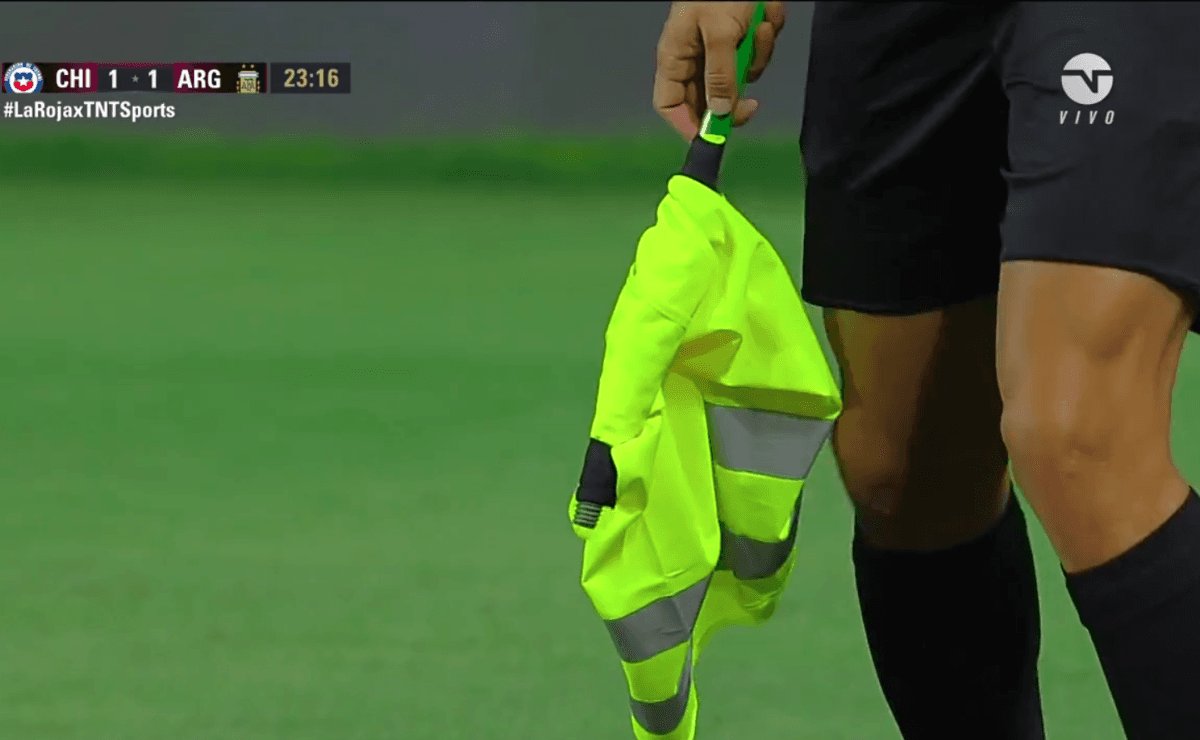 The telly audience were quick to spot the bizarre improvised flagsCredit: Twitter

The pair had to improvise by tying hi-vis jackets to sticks to ensure they could help the ref control the game.

TV images showed the DIY flags the two men were using as watching fans admitted they had been left speechless.

One football follower wrote alongside footage of one of the assistants raising his stick: “Football in South America.

“The linesman’s flag is a reflective jacket. This is happening right now in Chile against Argentina.”

Another fan added: “Ridiculous levels of entertainment continue to be served up over there. Madness.”

A third added, alongside a picture: “Got to love South American qualifiers…”

Local reports said the blundering linesmen had left the ‘essential tools of their trade’ at their hotel and realised they had a problem they needed to fix once they were at the Zorros del Desierto stadium in the Chilean city of Calama.

By the end of the match, someone had managed to fetch proper flags for the officials.

But the madness continued, as a DOG took to the field.

Argentina had already qualified for the 2022 World Cup but last night’s defeat left Chile on the ropes.

La Roja will make a last-gasp attempt to qualify for Qatar on Tuesday against Bolivia in La Paz.

Argentina, without their star Lionel Messi who is being rested, will play against Colombia. 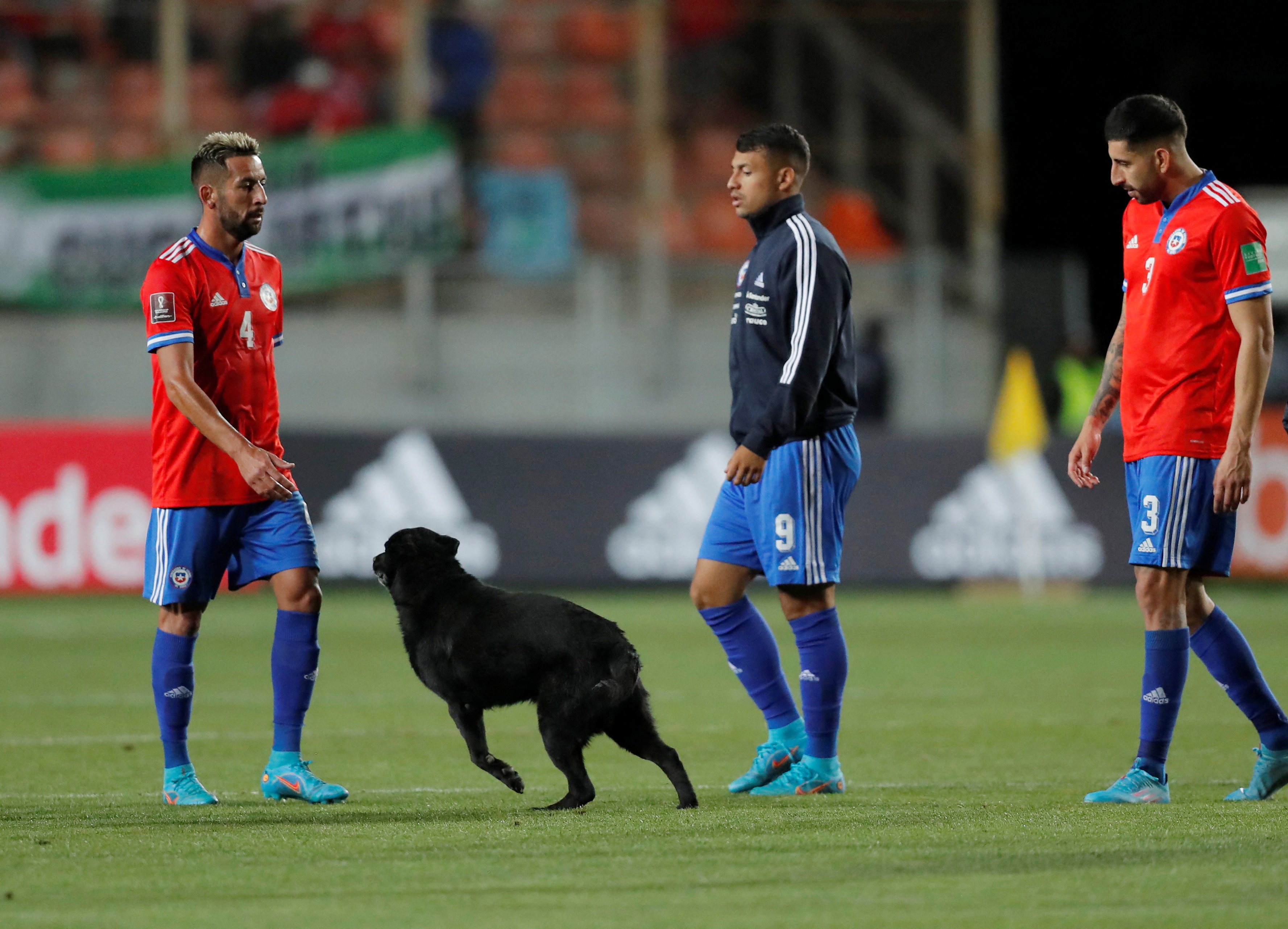 A dog bizarrely took to the field as Argentina beat ChileCredit: Reuters