BRUNO FERNANDES wants ‘more goals and assists than games’ by the end of the season.

He has scored nine times and made five assists in 13 league games for Manchester United this term. 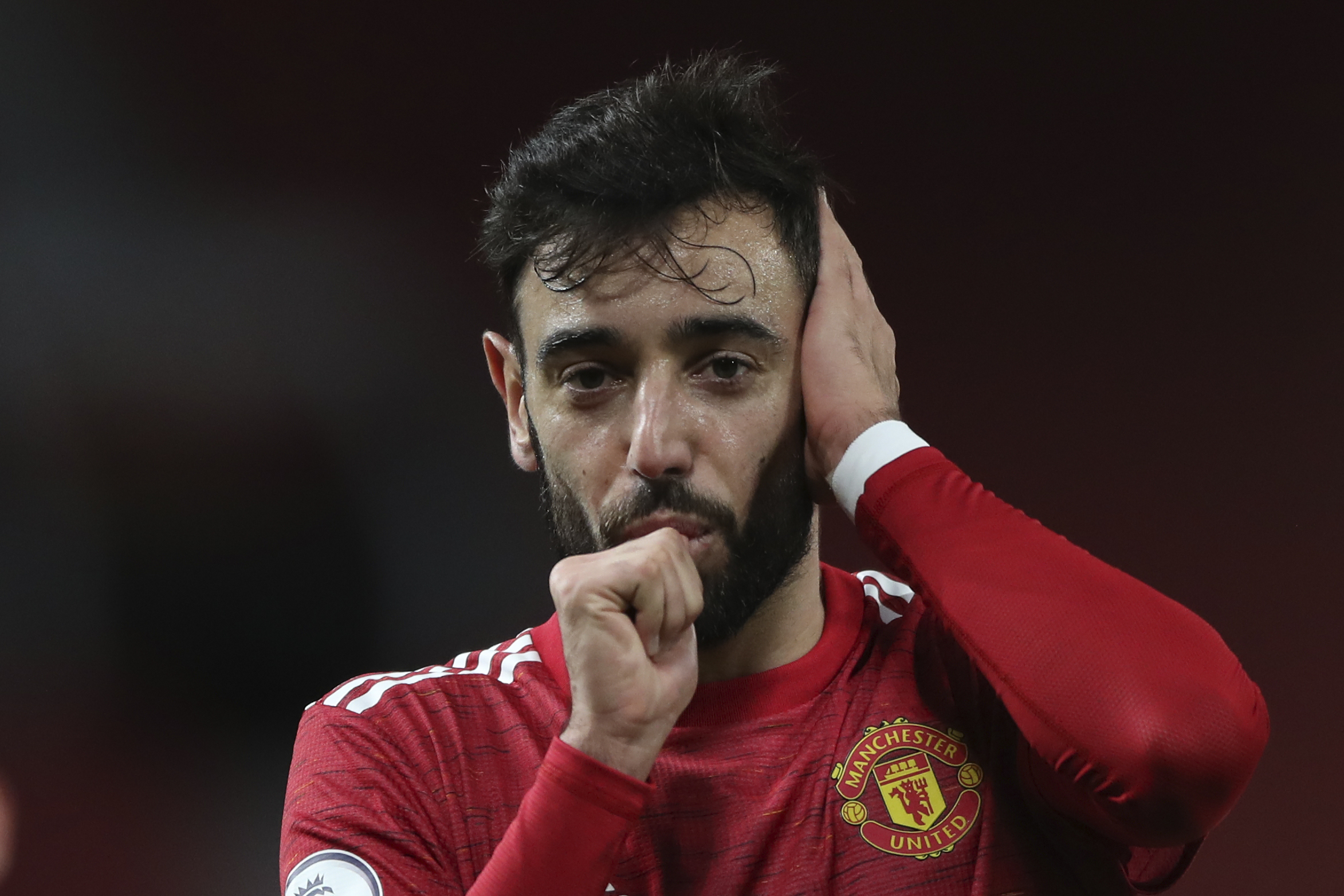 Bruno Fernandes has been in incredible form for Manchester UnitedCredit: AP:Associated Press

Despite his incredible record for United, the 26-year-old has claimed he needs to ‘improve’.

Speaking to MUTV, Fernandes said: “I think, as I’ve said before, it’s easy when you play in a team like Manchester because there are so many­­ good players around you.

“They help you to be better and I am here to help them be better. So I think, of course, numbers are really good but it is now that I need to start to improve.

“It will be more difficult from now and I mean difficult day-by-day and game-by-game because the players will know me better.

“Of course, I am really happy to have these numbers and, obviously, it is not easy to get to this point with these numbers but I want to do better and better, more and more.

“I want to finish the Premier League this season with more goals and assists than games. That would be good.”

Fernandes bagged the Premier League’s official player of the month award for the third time in November.

And he has set his sights on winning silverware with Ole Gunnar Solskjaer’s side.

“Of course, the main thing I want, I didn’t achieve, until now, is the trophies. That is clear.

“We really can do that in 2021 and, of course, I think, at the end of everything, what we did in the last 11 months was really good.

“I’m very happy to be here and to be part of this biggest club.”

Fernandes has scored 25 goals and made 15 assists since he signed from Sporting Lisbon.