JUVENTUS are a club back in crisis.

The team is barely recognisable from one that dominated Serie A with NINE straight titles.

Juventus sit tenth in the Serie A table after six games playedCredit: Getty

And now they find themselves under investigation again, this time over a £37million tax probe.

The Old Lady confirmed its books are being scrutinised by the Italian stock exchange in an inspection that has already lasted two months.

Juve posted an Italian record losses of £181m in their accounts for last season, published this week.

But the smallprint revealed that the club is also subject to the ongoing probe into image rights deals worth £37m.

They were forced to sell Cristiano Ronaldo at a significant loss and were hit by their key role in the failed Super League breakaway.

And that’s just off the pitch. 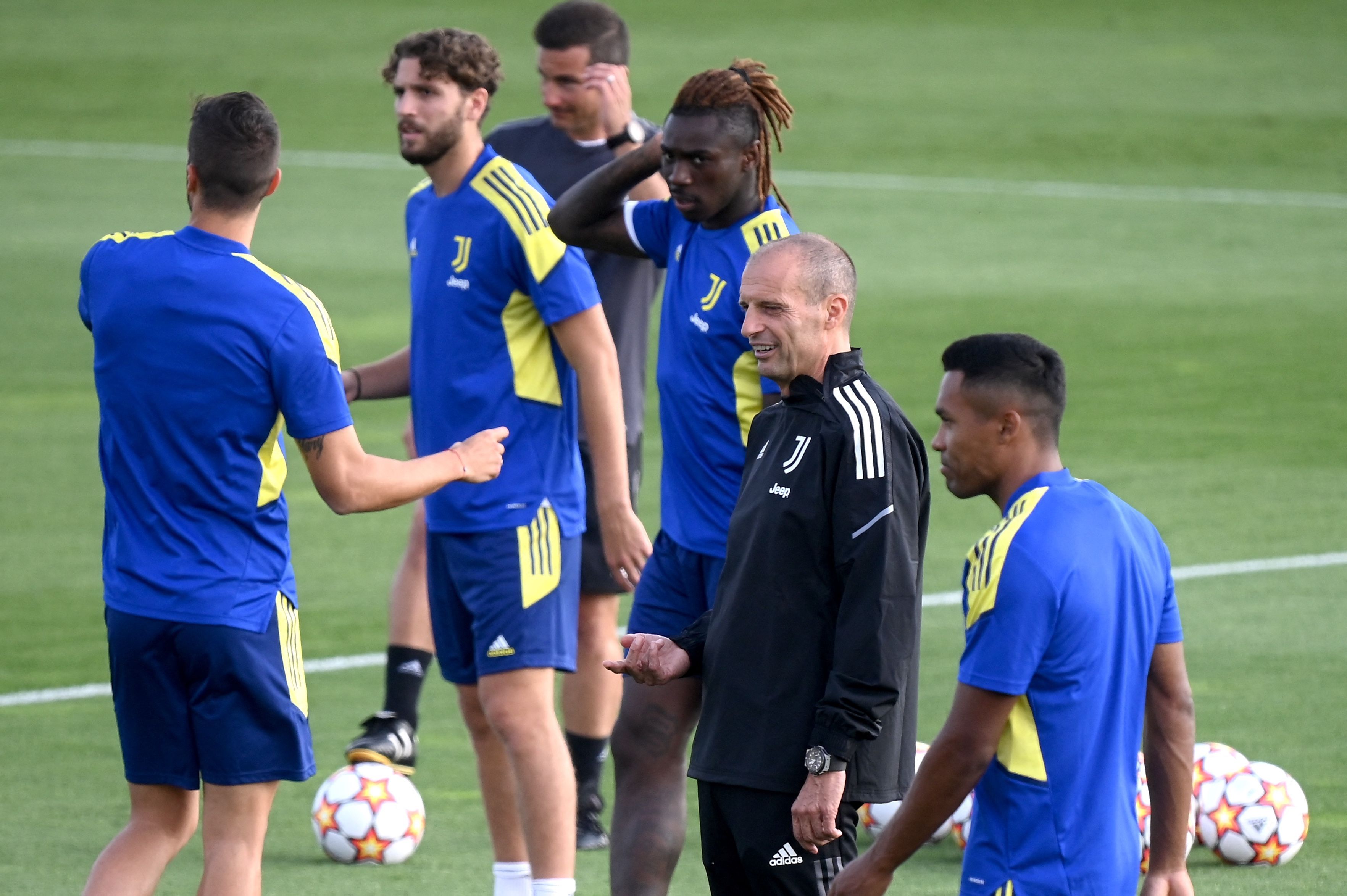 Juve have won their last two Serie A matches after failing to win their first fourCredit: AFP

On it, life after Ronaldo is far from a bed of roses.

They go into Wednesday’s huge clash with Chelsea languishing ninth in Serie A.

Juve started the season with two points from four games, including the season-opening 2-2 draw at Udinese which Ronaldo played in before his shock switch to Manchester United.

They have won their last two games but now have both Paulo Dybala and Alvaro Morata injured leaving Moise Kean as their only recognised striker for the visit of the European champions.

Max Allegri returned to the club in the summer for £8m-a-season to take over from Andrea Pirlo but finds himself in a bit of a mess.

Conte’s wins came, of course, after the club bounced back from the match-fixing debacle which saw them relegated from Serie A in 2006.

Allegri was replaced by Maurizio Sarri, who lasted only a year despite guiding the club to a NINTH successive title. 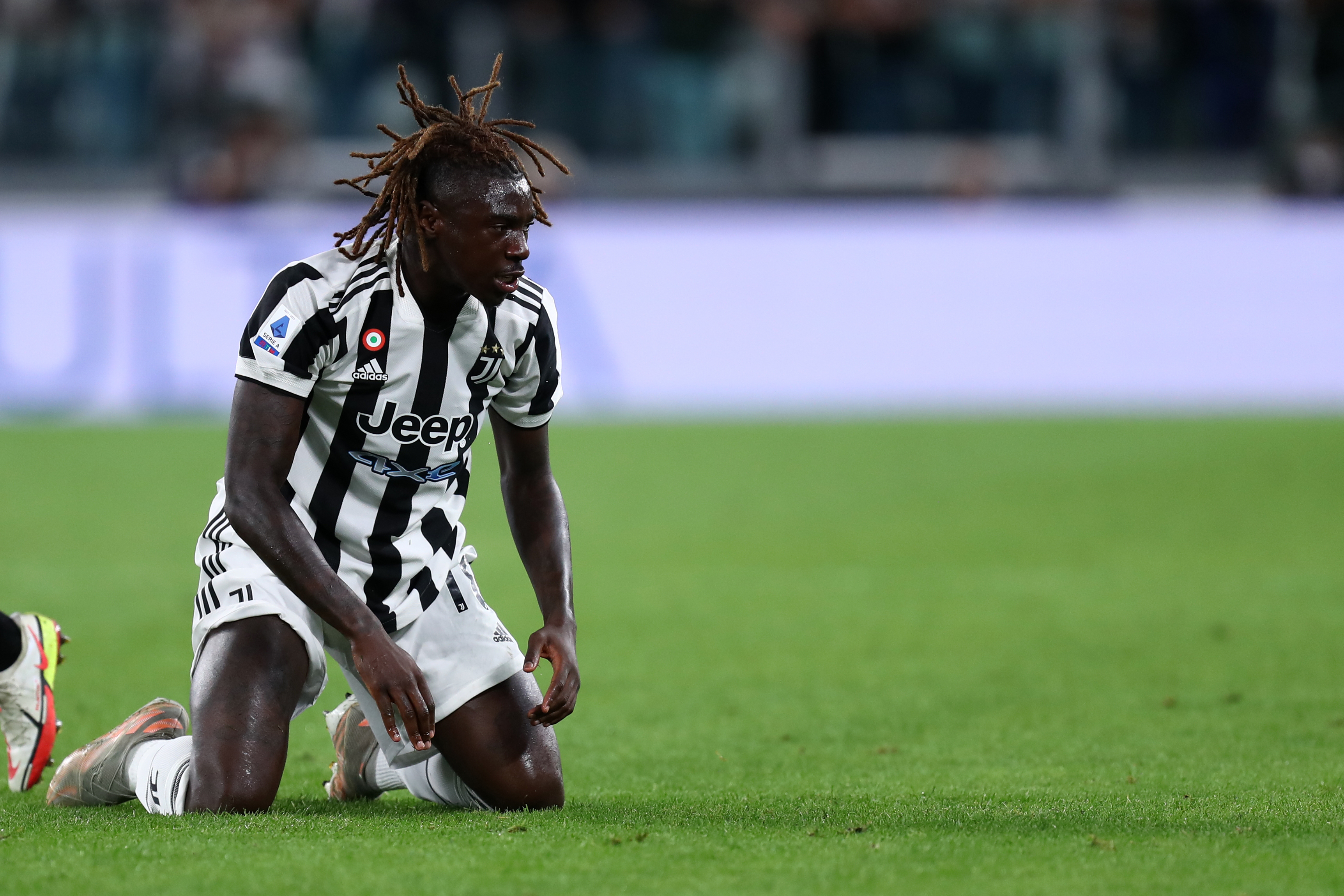 Moise Kean has scored just once for Juventus following his summer arrival from EvertonCredit: Getty

Pirlo proved to be a massive disappointment and the club finished fourth last season, only qualifying for the Champions League thanks to a final-day implosion by Napoli.

Right now, Juve can look miles off Inter Milan and there is no way they will win the Champions League.

Before leaving, Ronaldo scored 101 goals in 134 games at Juventus. He led the way with 29 in Serie A last season.

As well as losing Ronaldo for economic reasons, Juve failed to sign goalkeeper Gianluigi Donnarumma from AC Milan due to wage demands  and instead, he moved to PSG.

Former Arsenal keeper Wojciech Szczesny has been in terrible form and he finally paid the price ahead of Sunday’s 3-2 win over Sampdoria and was dropped for Mattia Perin.

Juve have been playing in a 4-4-2 system but the injuries to their two forwards is likely to spark a change against Chelsea.

Despite forming the bedrock of Italy’s defence at Euro 2020, 37-year-old skipper Giorgio Chiellini and Leonardo Bonnuci, 34, are coming to the end of their careers.

In the summer, Juve’s only arrival was Manuel Locatelli from Sassuolo who is an all-action midfielder.

But it is that departure of Ronaldo that has now left this team looking low-key and without an attacking A-lister.

Juventus legend Marco Tardelli, speaking to SunSport, said: “Juve need to start defending better and there is nothing wrong with winning 1-0.

“But I am not optimistic about the match against Chelsea. I like how Chelsea play overall because they can put Romelu Lukaku in the middle of their attack.”

He said: “Juventus-Chelsea is a high level game with two very strong teams but at the moment I can’t say who will win in Turin. Without Dybala and Morata, who scores against Chelsea?”