SMILING Emma Raducanu banked £115,000 after bouncing out a Wimbledon Czech.

The 18-year-old debutant excelled herself with a 6-2 6-4 second-round victory over Prague’s finest Marketa Vondrousova that put her name in lights and secured a bumper payday.

Emma Raducanu banked the biggest win of her young career and a £115,000 cheque to go with itCredit: Getty 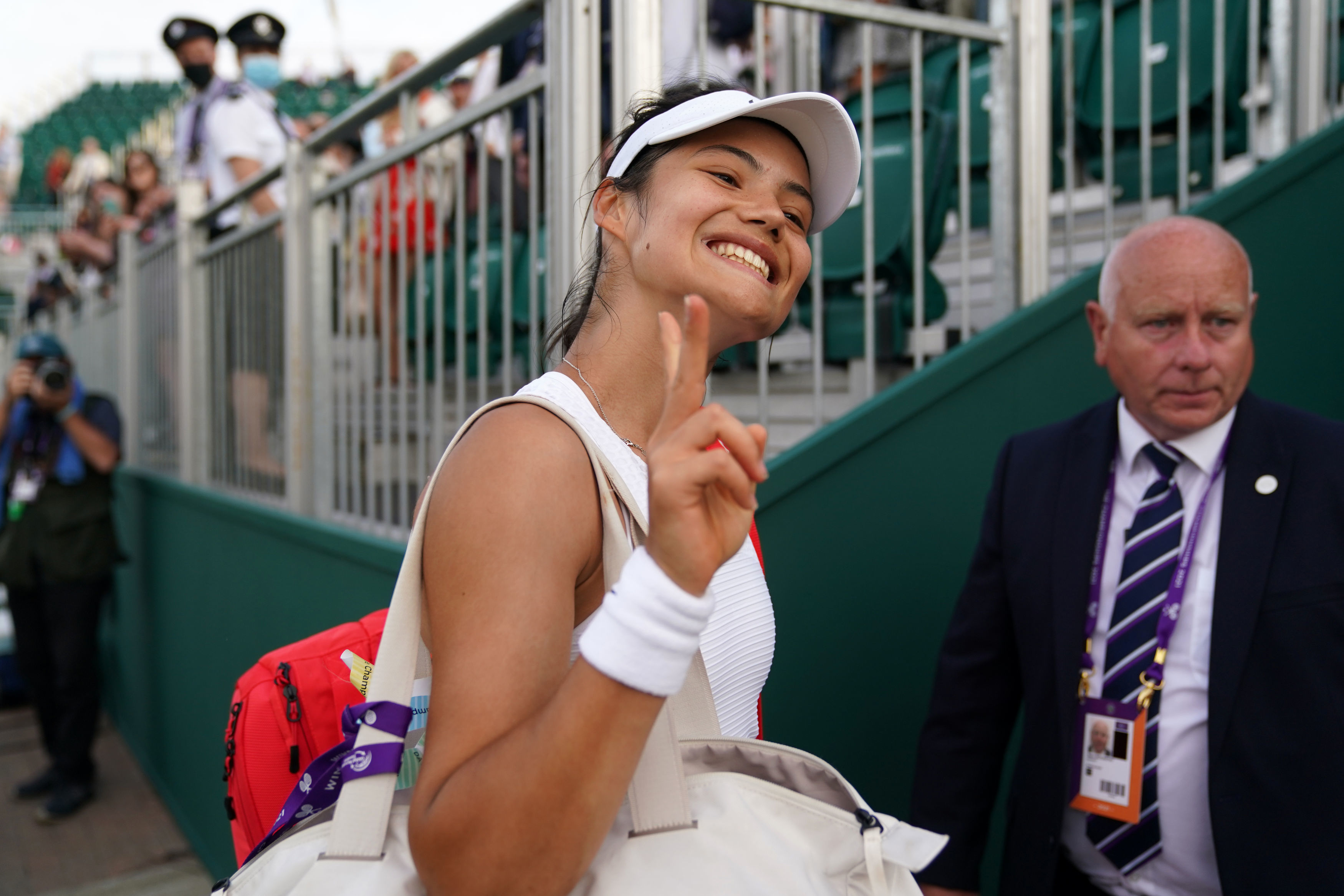 The British 18-year-old was all smiles as she came off Court 12 having dumped out Marketa VondrousovaCredit: PA

What a moment for the 18-year-old, she wins in straight sets and is into the third round! The biggest win of her career by a mile.

Rookie Raducanu – whose ranking of 338 will rise significantly now – has more than QUADRUPLED her career prize money within the space of winning two matches on the green, green grass of SW19.

And she even received endorsement from the highest as two-time winner Andy Murray, the son-in-law of her coach Nigel Sears, sent his warmth congratulations via social media.

Raducanu said: “It’s quite incredible. I will use the money. I’m at the beginning of my career and it means I can tap into good coaches.

“Tennis is an expensive sport, to travel and compete week-in, week-out, so the money will help fund that.

“I’m very grateful for the opportunity I received this week. I am trying to make the most out of it.

“Playing in front of a home crowd helps, the support is so loud, they are so behind me. I have that in the back of my mind.

“I have tried to play every point like it was my match point or the last point of Wimbledon. I have been playing that trick with myself.

“I’d choose round four of Wimbledon over my exams. Everyone thinks I have an inflated ego about it.

“I haven’t opened my phone yet and really grateful for the messages. I won’t be able to reply to all of them just yet.

“When I have downtime and I read those positives messages, it gives me a great feeling.

“I feel like I am on a holiday this week and want it to continue as long as it can.”

Raducanu, who was born in Toronto, Canada, is considered one of the best future prospects of the sport.

And this week she has already started to fulfil that promise as the only home-grown woman left in the singles draw.

The crowd on Court 12 were up on their feet and serenading the new hope of British women’s tennis following this spectacular win. 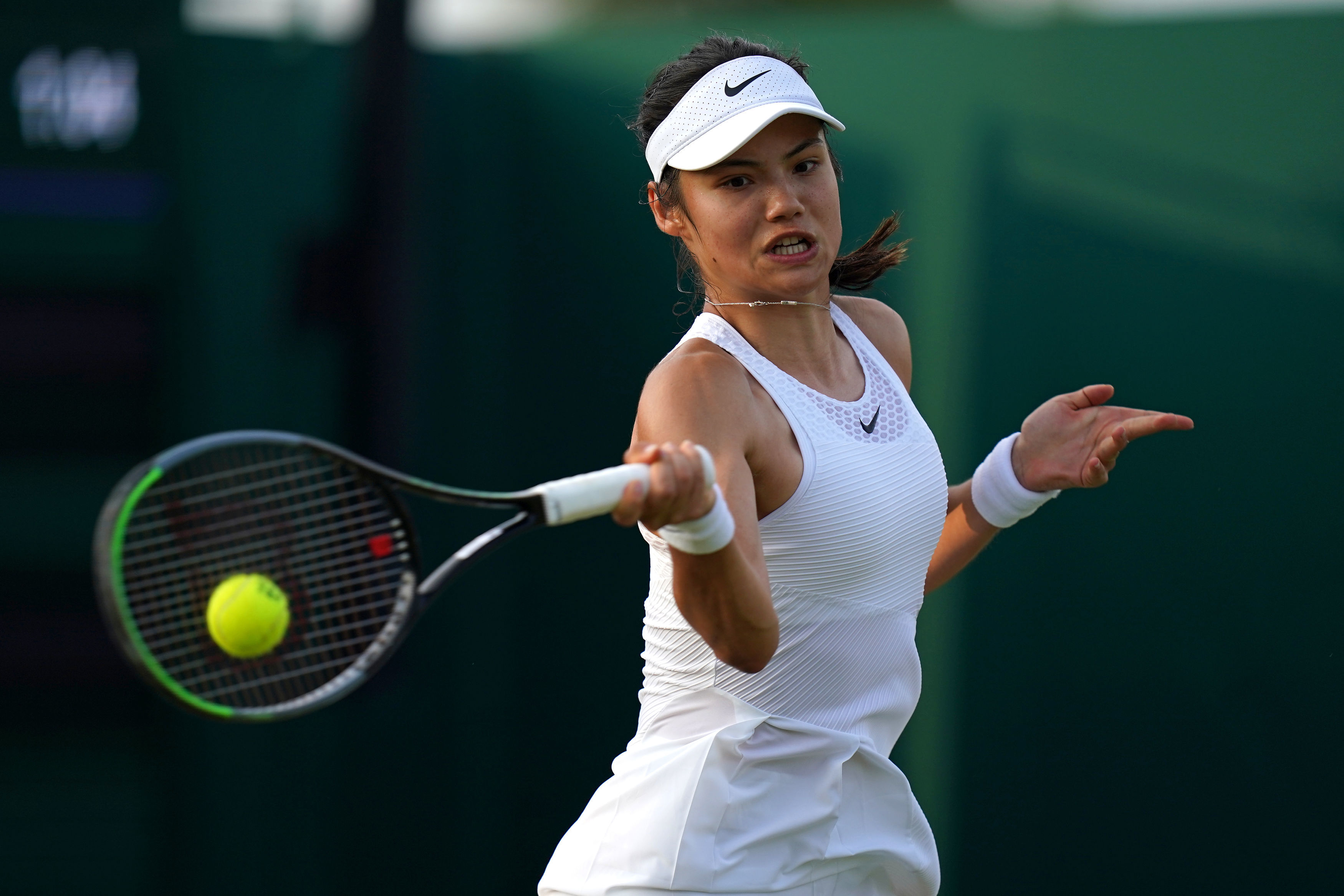 Raducanu’s clean ball striking was too much for her Czech opponentCredit: PA 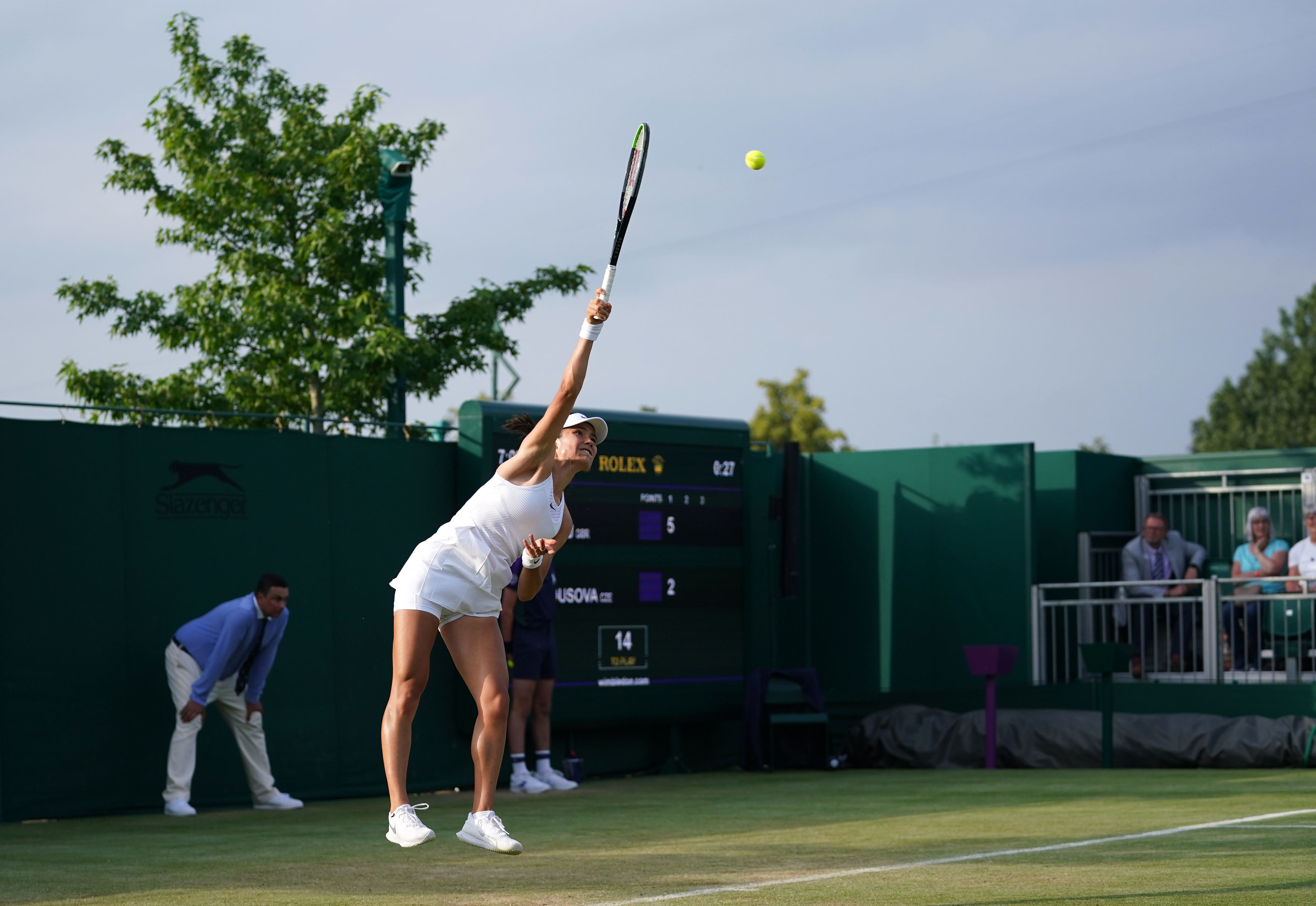 She served out the first set and recovered from 0-3 down in the second to seal the victoryCredit: PA

What is most impressive is that after winning the first set, she managed to back it up in the second.

Significantly she faced a break point to go 4-0 down but the rising star managed to recover her poise to win five of the next six games.

World No42 Vondrousova is an established player on the WTA circuit and broke the heart of British No1 Jo Konta when she reached the 2019 French Open final.

This is only Raducanu’s SECOND match at a Slam and the wildcard entrant will now face Romanian Sorana Cirstea in the last 32 on Saturday for a place in round four and a guaranteed £181,000.

The teen could have been lost to tennis given she tried all manner of different sports growing up, including motorcross, karting, horse-riding and even tap dancing.

She took her A-Levels only two months ago but continues to pass her Wimbledon examination with flying colours.

? Follow all of the latest news and updates from Wimbledon right here 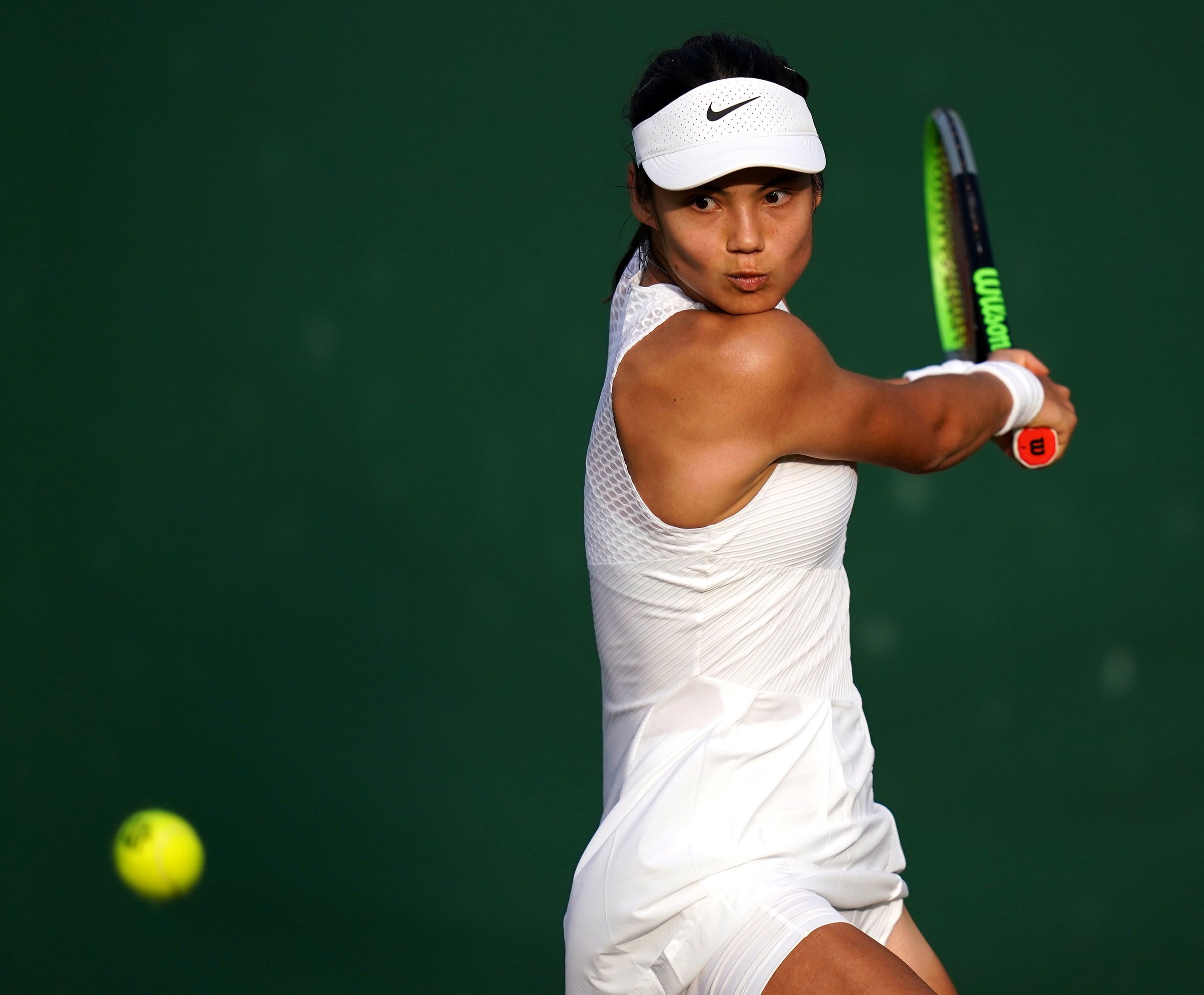 Raducanu is seen as one of the rising stars of British tennisCredit: PA 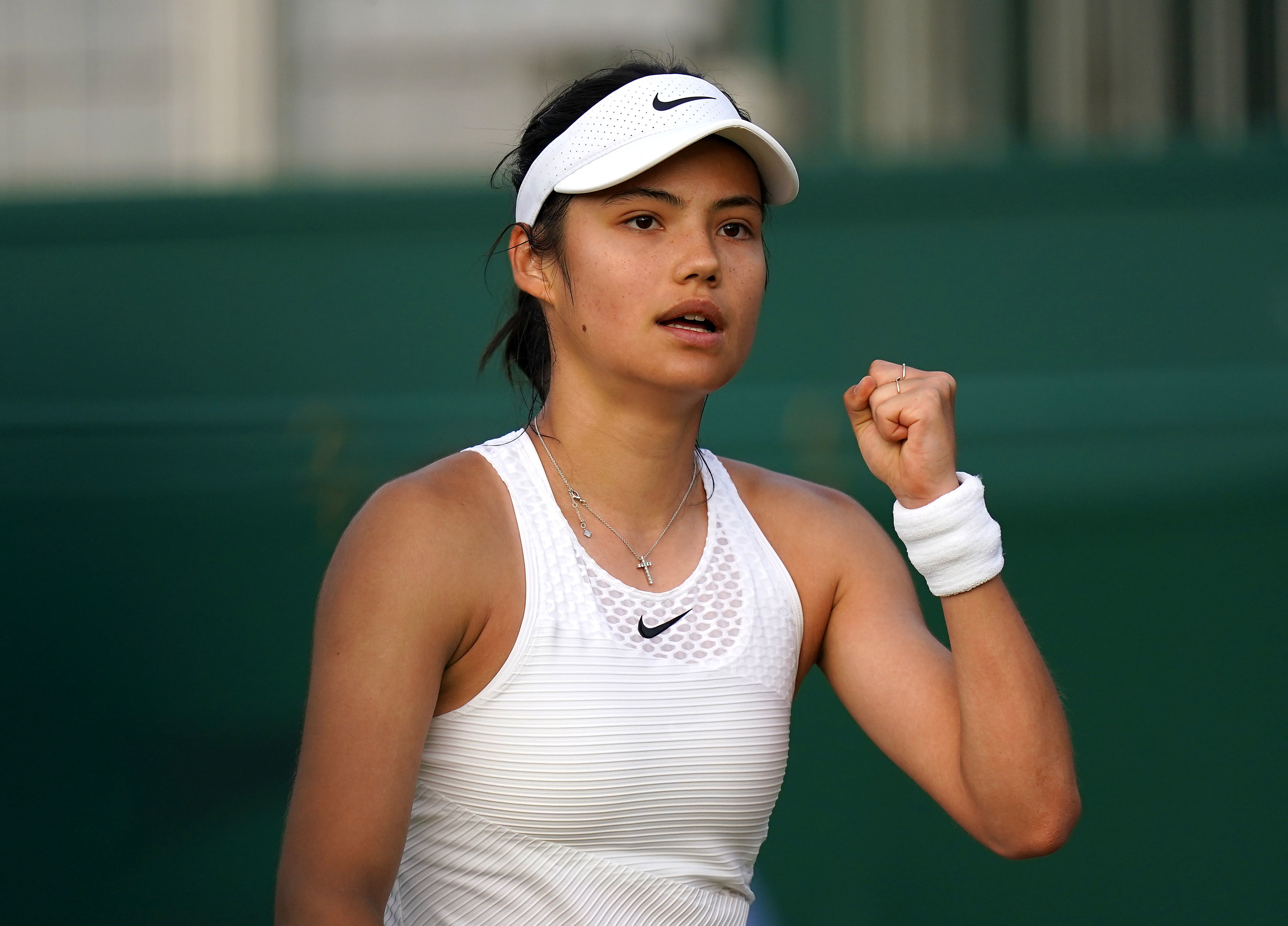 The Canada-born teenager showed plenty of calmness as she closed in on the landmark resultCredit: PA