AINSLEY MAITLAND-NILES is the last British footballer to have a crack at Serie A.

The Arsenal midfielder joined Roma on-loan until the end of the season this month, and is the second English star to line-up for Jose Mourinho’s side – with Tammy Abraham joining from Chelsea last summer in a £34million move.

Ainsley Maitland-Niles has gone to Serie A on loan at RomaCredit: Getty 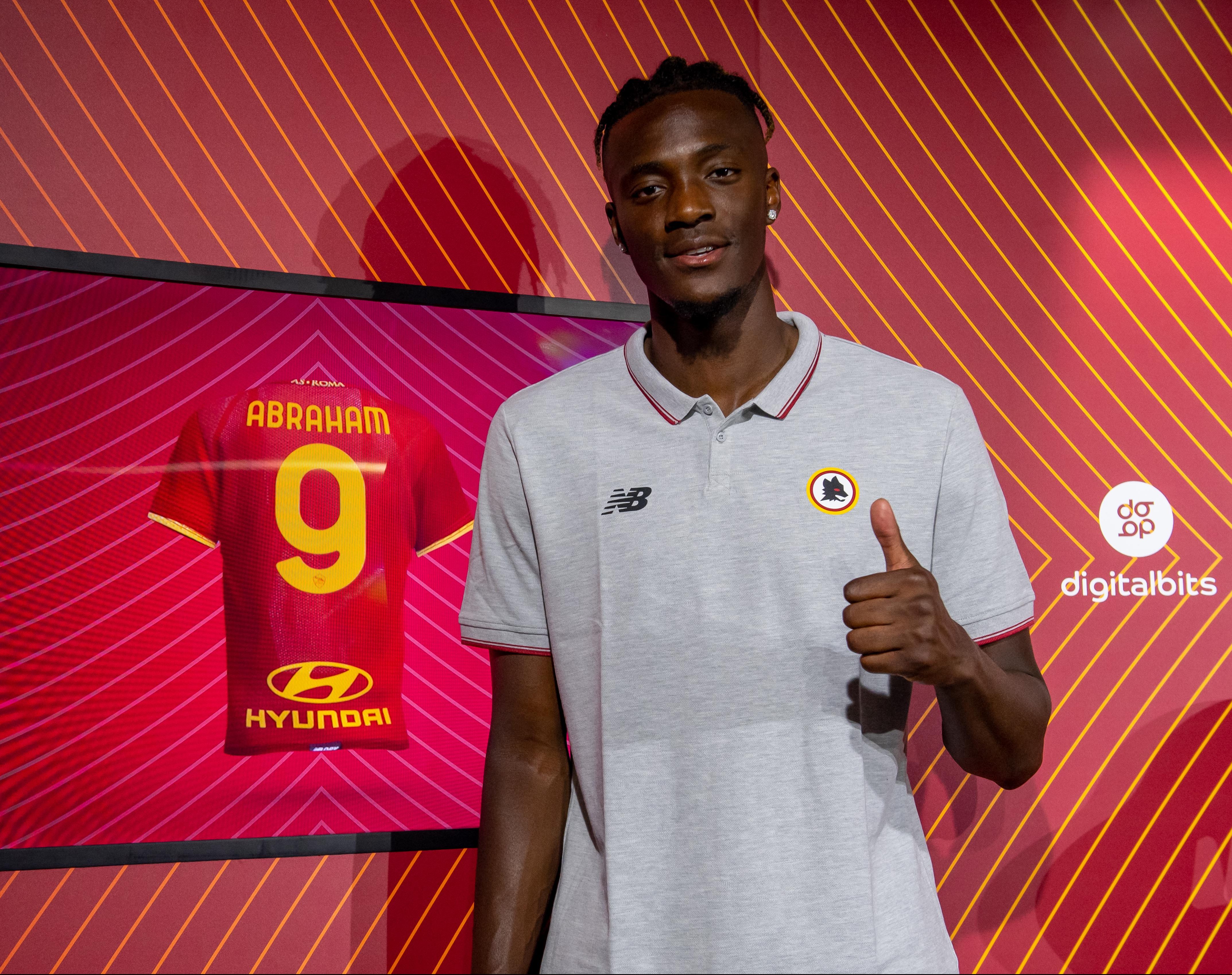 The England international is believed to be on £80,000 a week for five years – the same as he was on at Chelsea.

And it is understood Chelsea inserted a £68m buy-back clause into the deal – which can be triggered in two years’ time.

Here SunSport examines the British players who have have walked the path before Abraham by trying to boss Serie A.

Tomori joined AC Milan on loan in January as he looked for more regular football having been frozen out by Chelsea.

Milan made the deal permanent in June – paying the Blues £24m for the centre-back.

The 23-year-old impressed in his first five months at the San Siro, where he made 22 appearances and even scored a goal.

His early-season form in 2021-22 earned him a recall to the England senior squad, too. 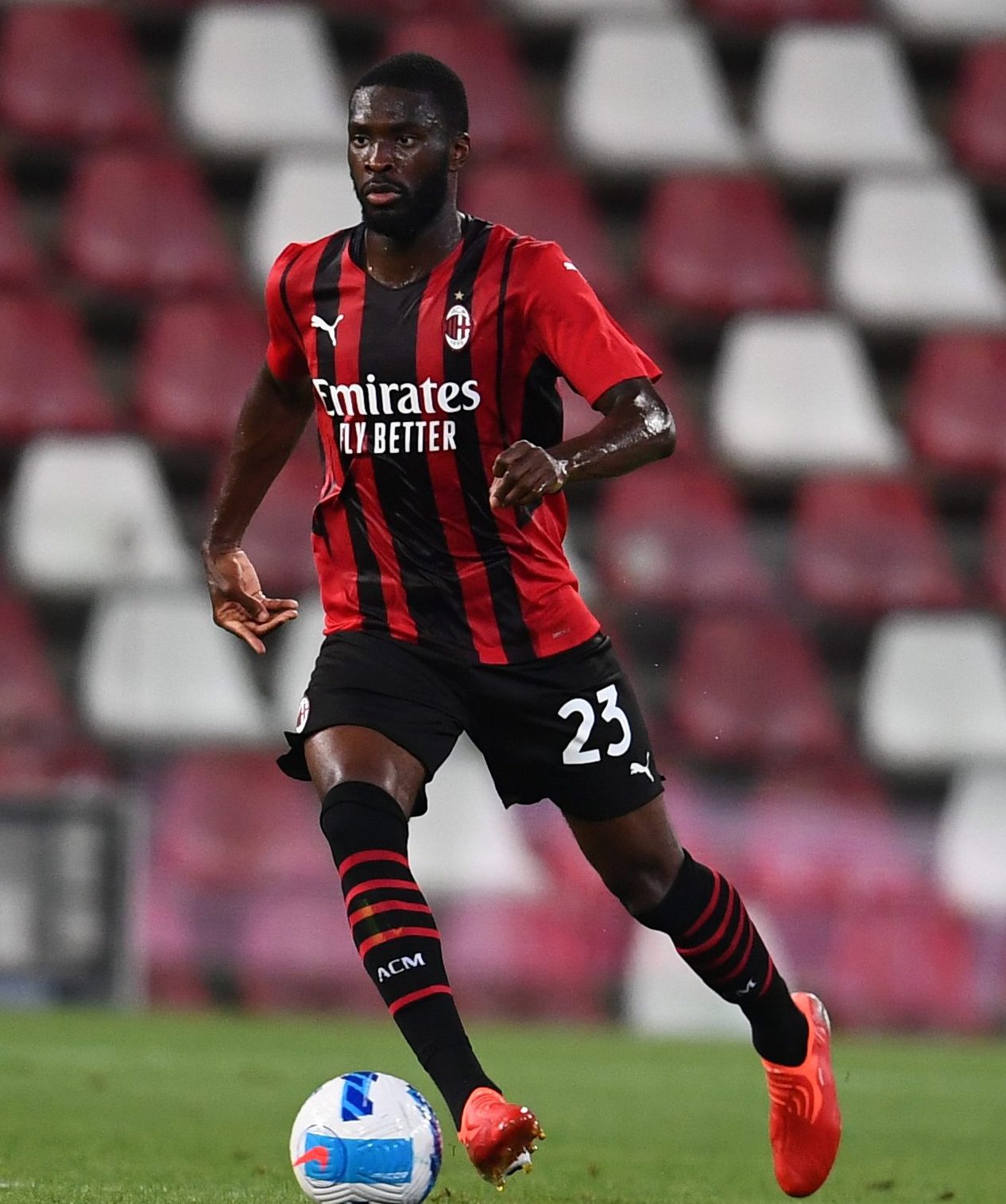 Ramsey’s Italian job could be over.

The former Arsenal midfielder, who joined Juventus in 2019, is being linked with a moved back to the Premier League – with the likes of  Newcastle, Wolves and Tottenham said to be in the hunt for the Wales star’s services.

He hasn’t quite hit the heights in Serie A as he did with the Gunners on our shores, and he’s certainly not the first British footballer to try and crack Italian football. 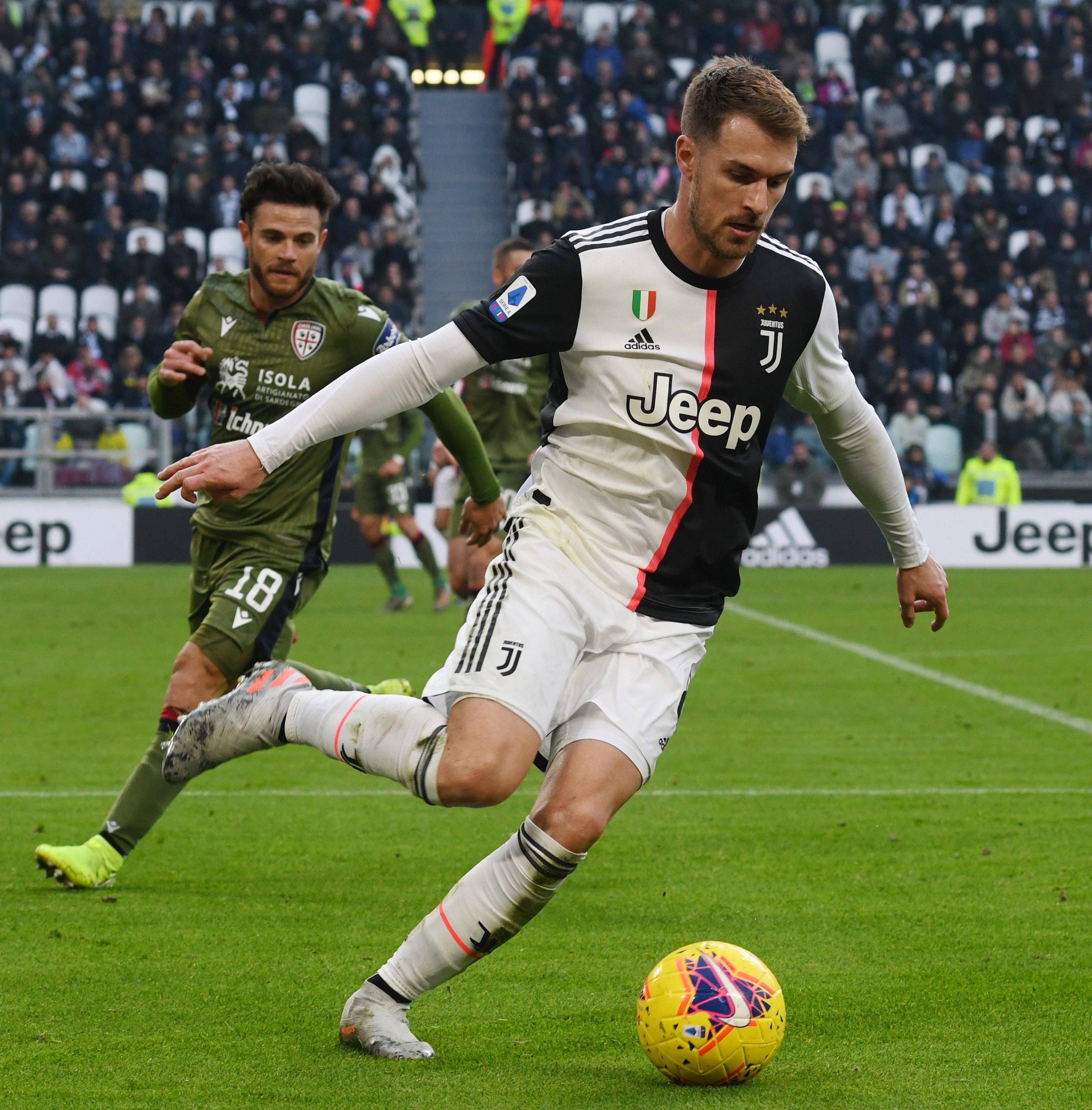 In January 2020, Young left Manchester United for Inter Milan, in what seemed quite a strange move.

In the twilight years of his career (he’s now 36) the winger turned full-back didn’t appear to have much left to offer.

However, he enjoyed a renaissance in Milan under Antonio Conte – helping end the club’s long wait for the Serie A title.

He moved back to Aston Villa in the summer of 2021. 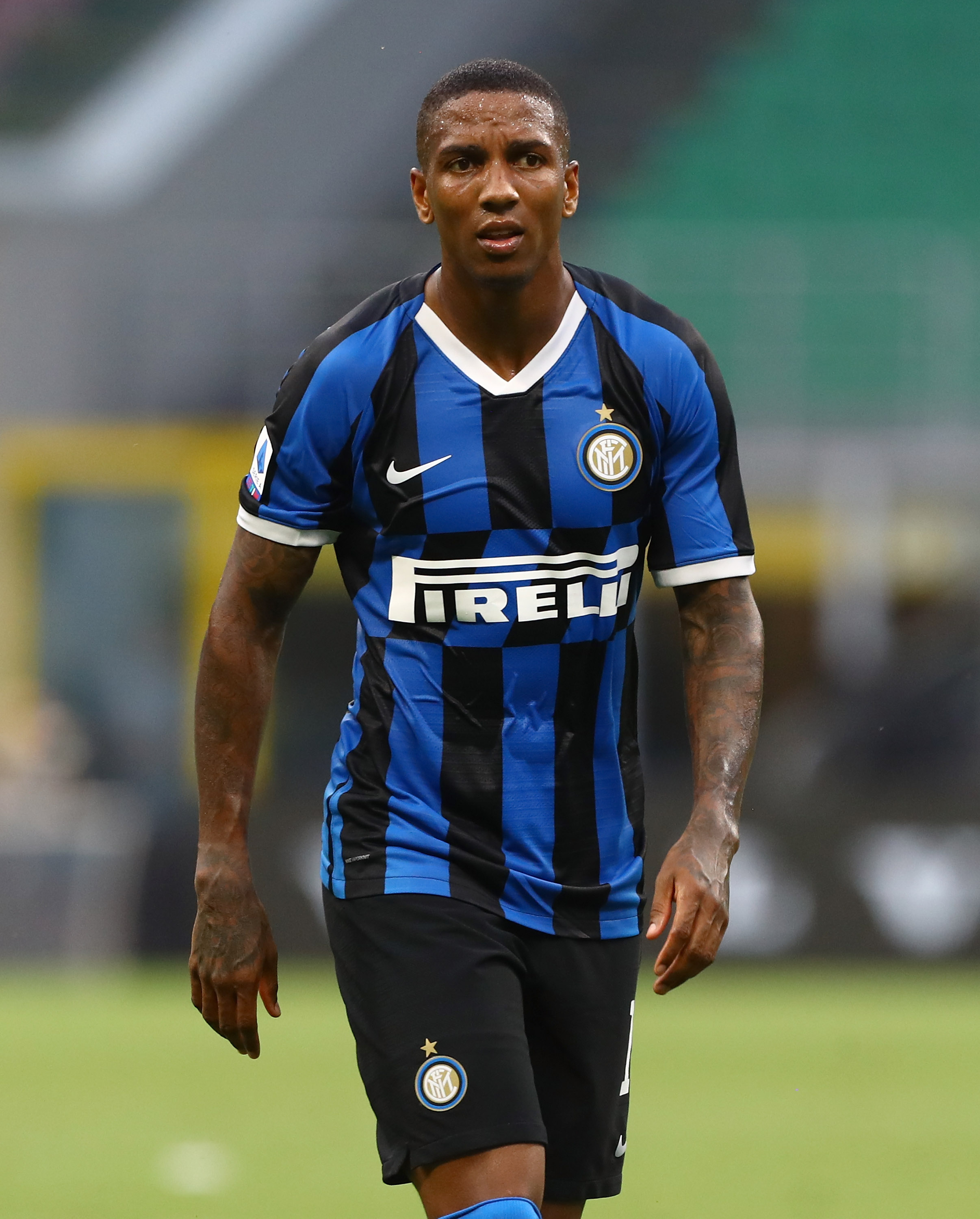 Smalling, 31, enjoyed a successful loan at Roma in the 2019-20 season, so the club decided they had to retain his services.

They even paid Manchester United a whopping £14m to secure a deal for the centre-back.

However, last season his fitness was called into question.

He suffered with knee and thigh injuries and even had food poisoning, which saw him play just 21 games.

And this season things are not much better, missing much of the season with a hamstring problem. 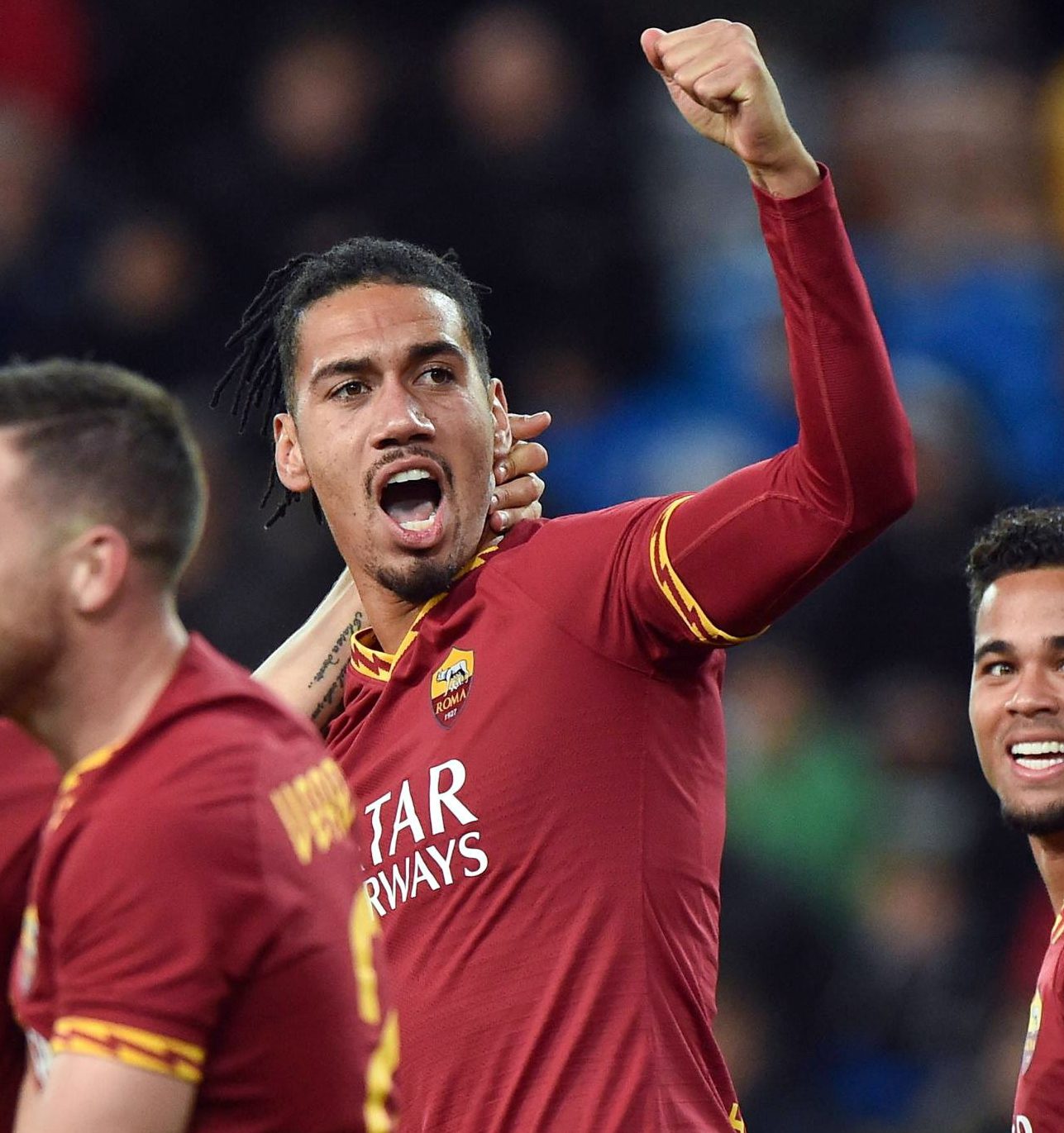 Chris Smalling has had mixed fortunes at RomaCredit: EPA

To consider Butch’s success, you need only look back to 2018.

His premature death, at the age of 61, saw former clubs Chelsea and Man Utd go into mourning and pay tribute to their former midfielder – and AC Milan were no different.

Team-mate Franco Baresi held up a Milan shirt with Wilkins’ name on the back and laid a wreath while the players wore black armbands at the San Siro.

Wilkins spent three years in Milan and set a British record when he moved from Old Trafford in 1984 for £1.5m. 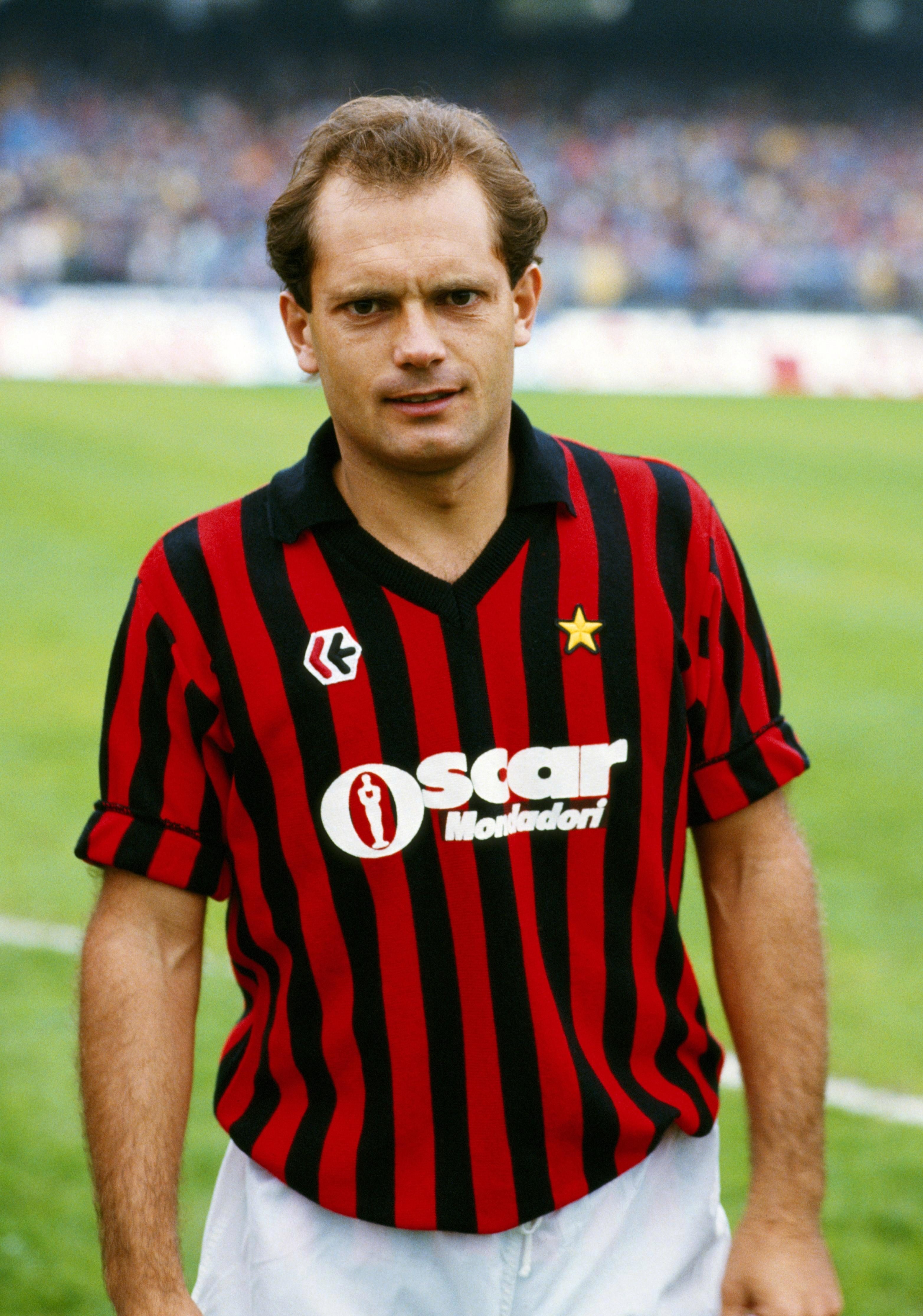 “It was an immense time for me,” Wilkins recalled.

“The game was played more like an international than a league game, like a game of chess where you had to pit your wits against the best.”

Despite not winning a trophy in his three years at the club, Wilkins was one of the big success stories of British exports to Italy.

Milan’s website remembers him as ‘a serious and meticulous professional’ known for his ‘exemplary correctness’ and ‘extraordinary tactical intelligence’. 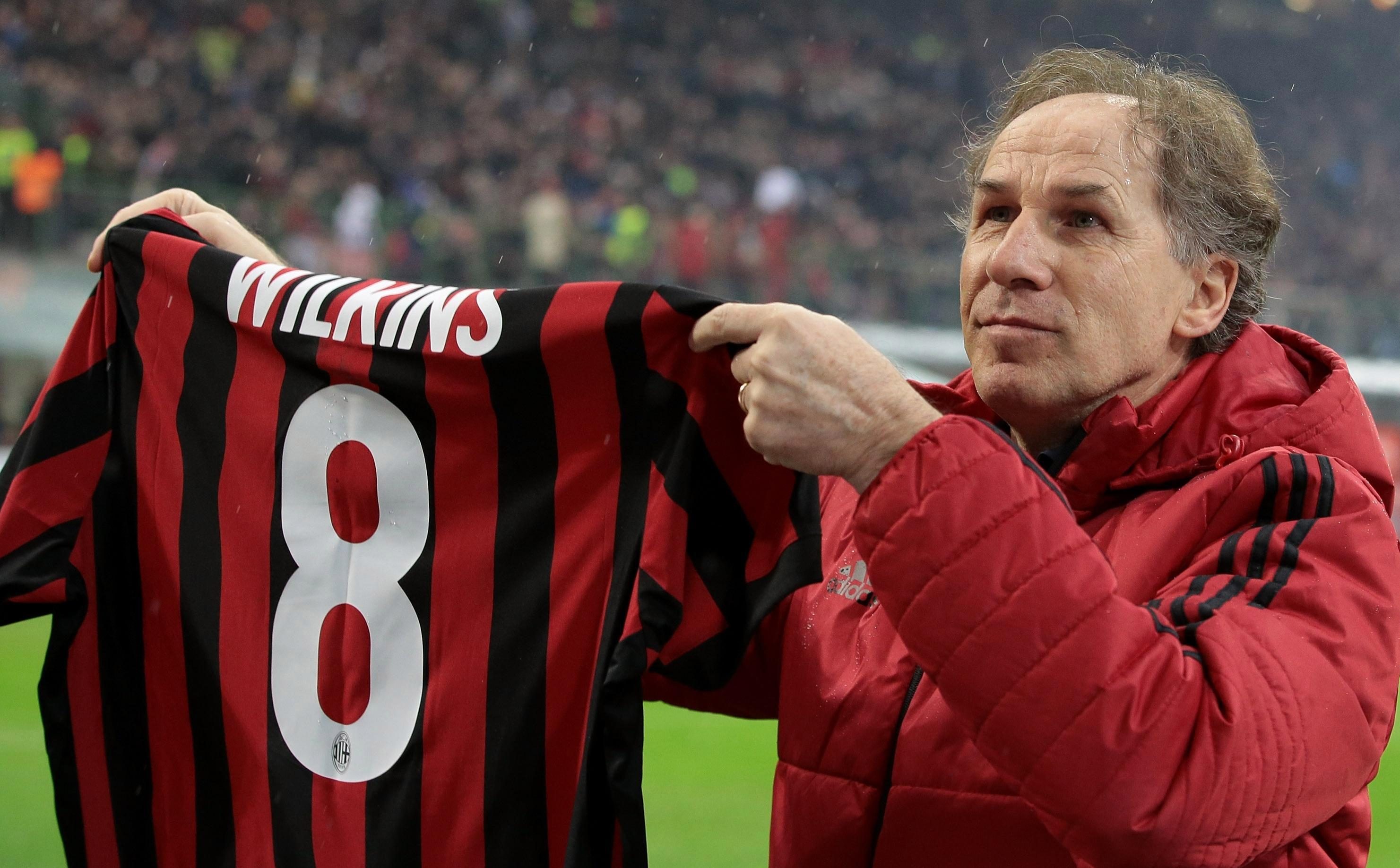 Franco Baresi paid tribute to Wilkins at the Milan derby after his death in AprilCredit: Getty – Contributor

The Guv’nor spent two years on the blue and black side of Milan.

Like Wilkins, Ince is remembered as a success for his time at the San Siro after making a £7.5m move from United in 1995.

But Ince’s start in Italy wasn’t quite so smooth as there were rumours of a return to the Premier League just five months after arriving.

Ince, who lived by the picturesque Lake Como, later revealed that he may well have gone back to England had Roy Hodgson not taken charge.

The England international brought energy to the Inter midfield alongside Nicola Berti as the two men dominated the centre of the park. 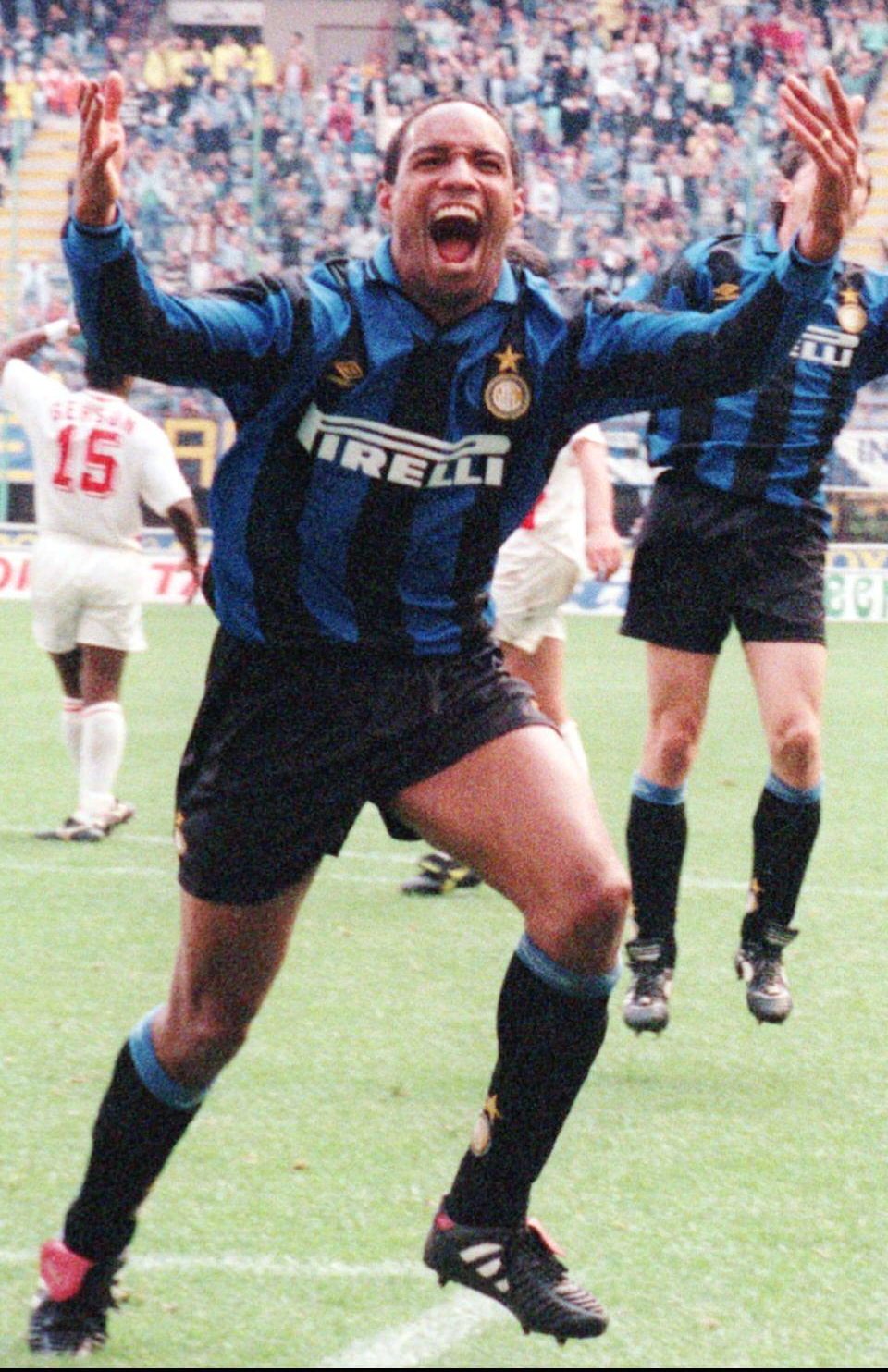 Paul Ince had a difficult start at Inter but is still adored by fansCredit: AP:Associated Press

Ince is remembered as a hero by the Inter fans, especially after helping the club reach the Uefa Cup final in 1996.

Sadly for the England man, it ended with the all-too-familiar feeling of defeat in a penalty shoot-out.

If it wasn’t for that stunning volley in extra time of England’s Italia 90 quarter-final, Platt may have never made the move.

The following year he was signed by Bari from Aston Villa in a deal worth £5.5m and immediately immersed himself in the Italian culture.

It took just a few months for him to be fluent in the language.

Despite Bari being relegated, Platt was a success in the side and earned a move to Juventus.

His stay in Turin wasn’t so fruitful and he ended up joining Sven Goran Eriksson at Sampdoria where he enjoyed his best period, with 17 goals in 55 appearances.

Platt was so highly regarded, he ended up returning to be the club’s manager in 1998, but that didn’t work out quite so well. 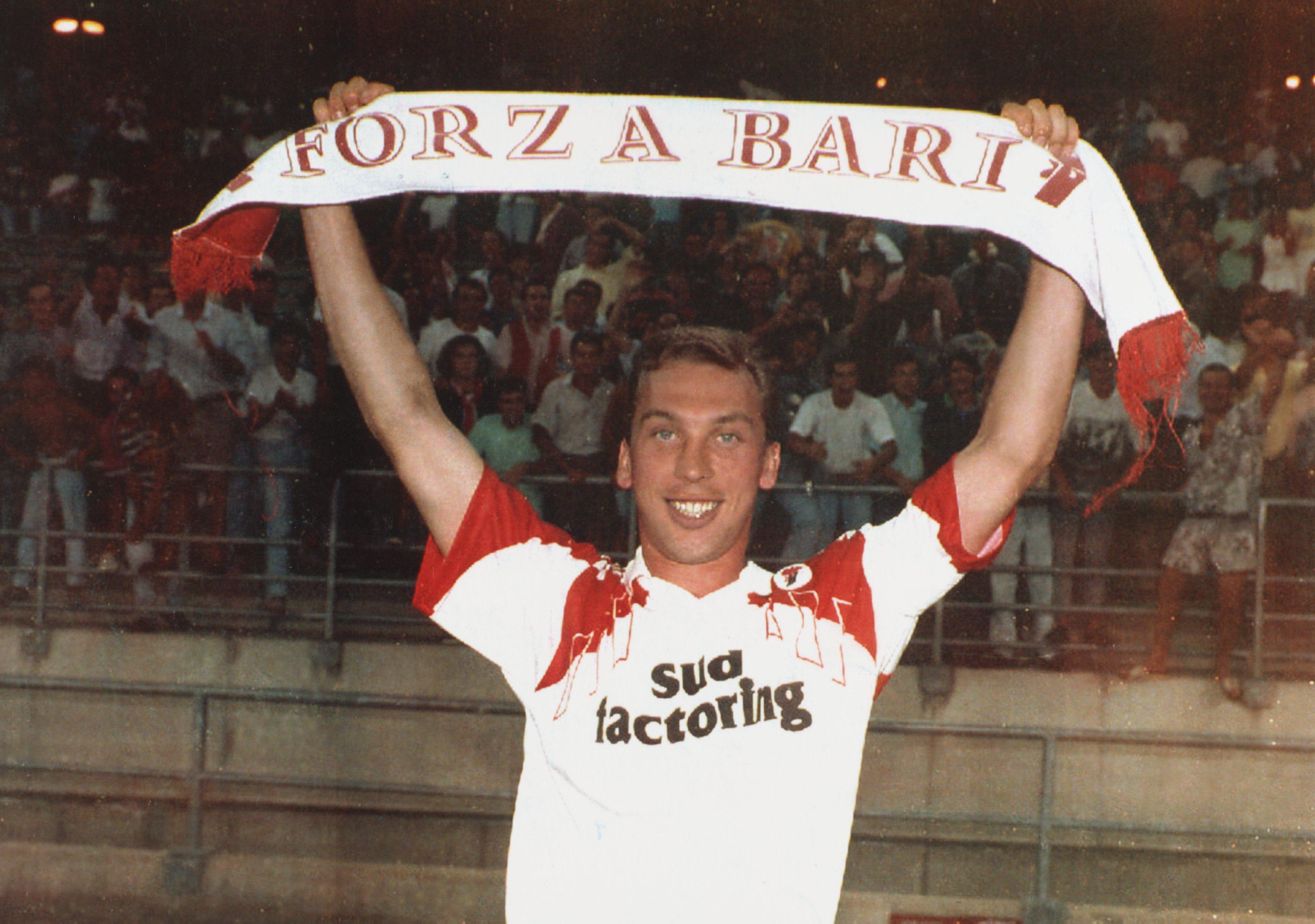 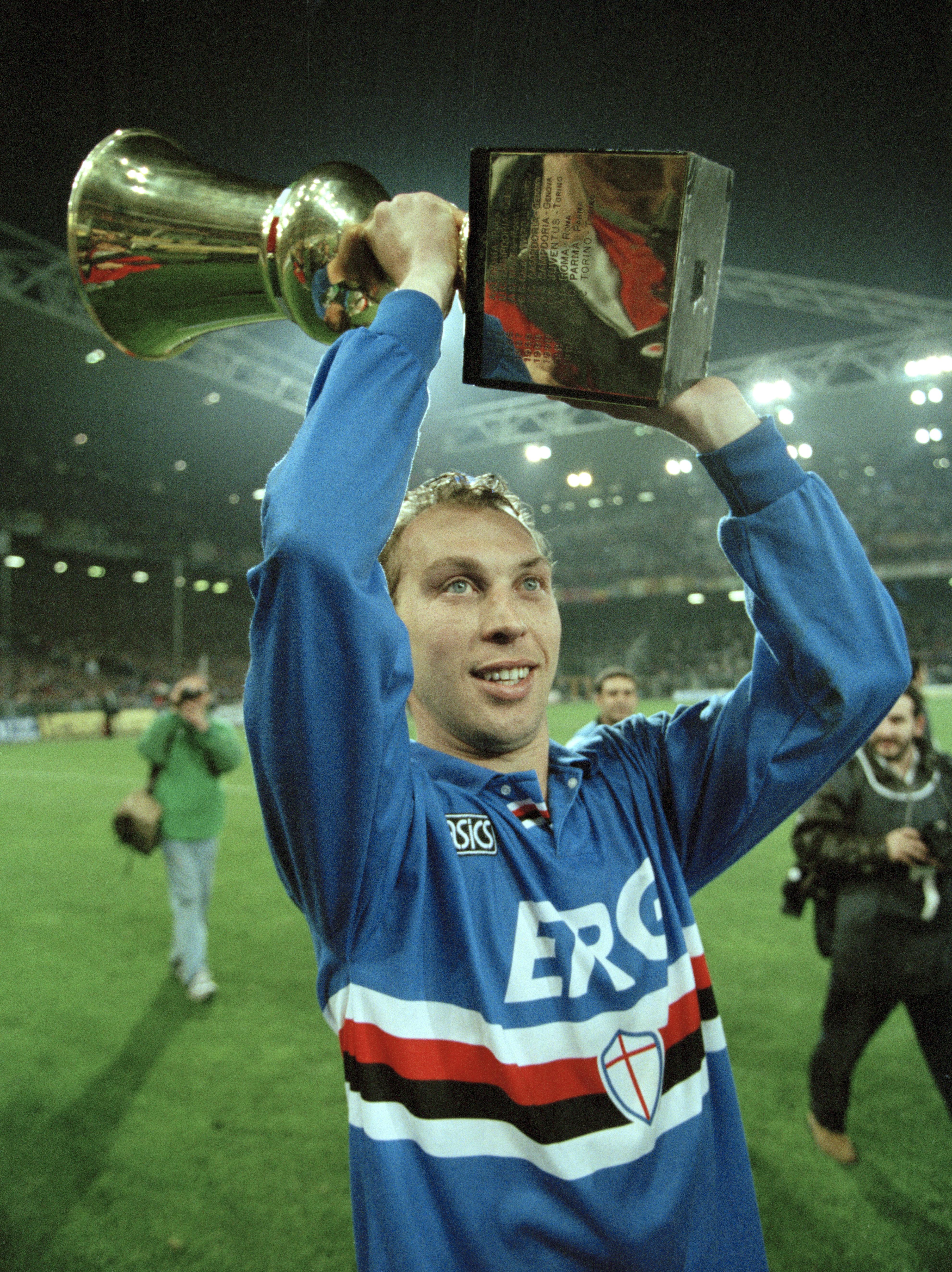 Mainstream English interest in Serie A began with Gazza.

His £5.5m move from Spurs to Lazio saw millions of English people follow the Italian game and led to coverage on Channel 4.

Gazzetta Football Italia was born out of the England man’s move.

Gascoigne is remembered fondly in Italy and his iconic celebration, with arms outstretched after scoring an 89th-minute equaliser against rivals Roma, will never be forgotten.

But Gazza’s time in Serie A saw him struggle with injury problems.

In three seasons at Lazio, he managed to play in only 47 games and score just six goals.

Failing to learn the language saw Gazza struggle to settle and he ended up moving to Rangers in 1995.

Recently, however, he kept a host of young Italian fans riveted by his antics in their version of I’m a Celebrity. 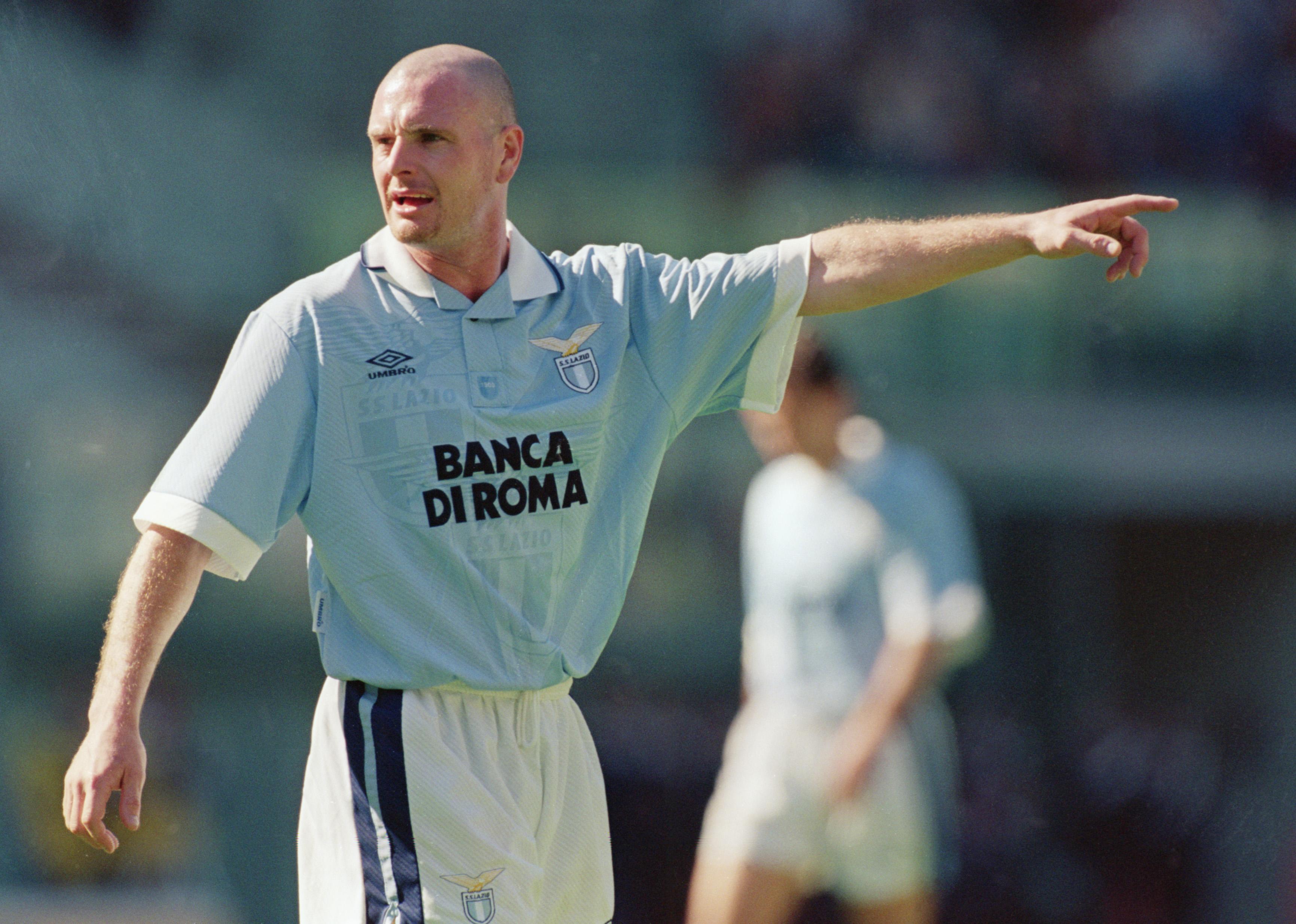 Paul Gascoigne made Italian football popular among the English but his time in Serie A was plighted by injuriesCredit: Getty Images – Getty

Becks loved Milan so much he went there twice.

Two years after leaving Real Madrid for LA Galaxy, the former England captain headed on loan to the San Siro and was a hit in the red and black of AC Milan.

Beckham was back on the continent and competing at the top again but his sojourn was seen as a money-maker in Milan.

Then vice-president Adriano Galliani said: “Football today is about full stadiums and sponsors, and superstars like Beckham fill them up. With him, Kaka and Ronaldinho, it will be a dream team.”

It was a star-studded squad but they won nothing.

Beckham scored twice in 18 appearances in his first season but played just 11 games the following campaign. 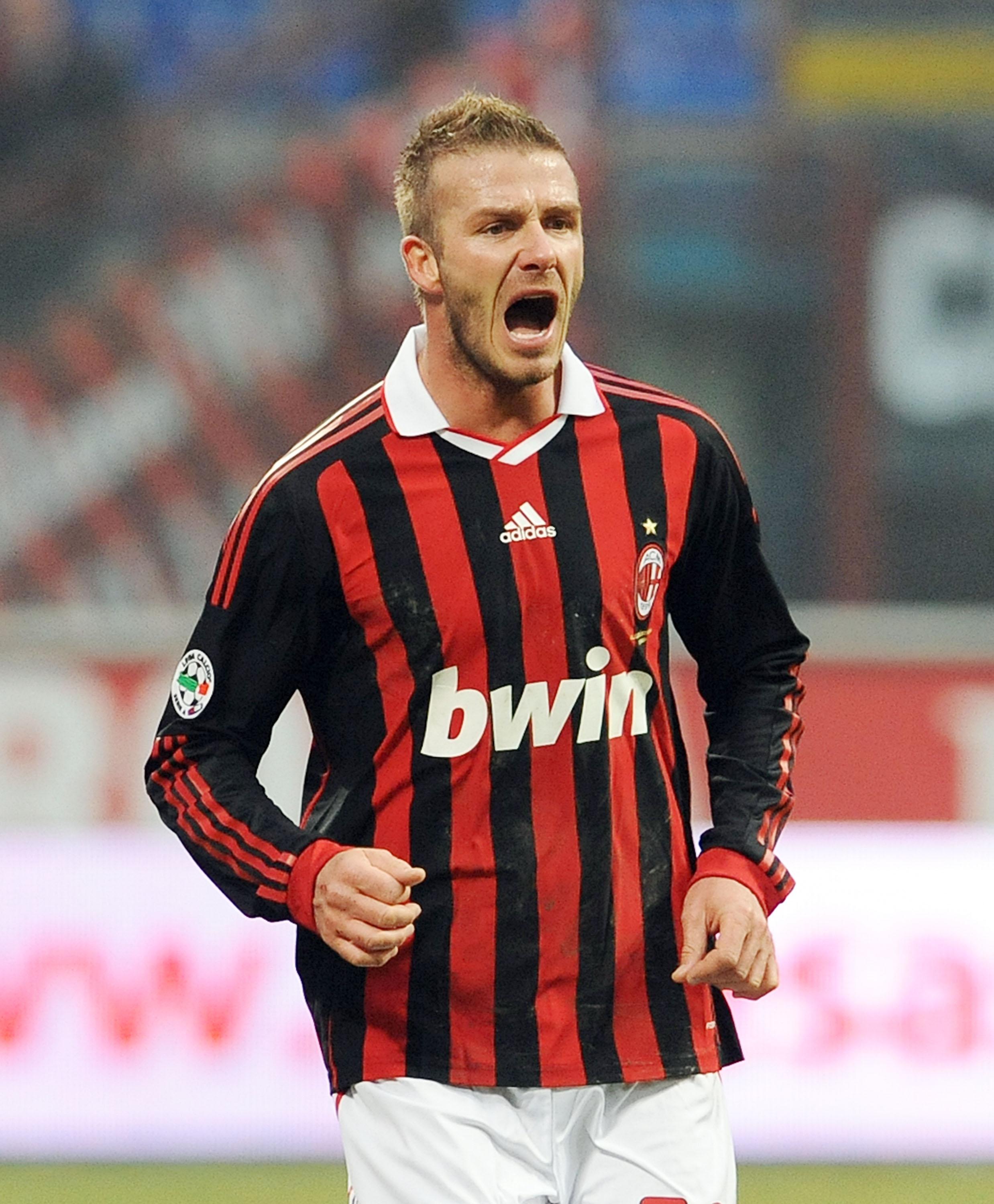 A contender for the Premier League’s greatest left-back, it didn’t quite work out for Cole in Rome.

The former Arsenal and Chelsea man’s most memorable moment from two years at Roma was actually off the pitch.

A team photo appeared to show Cole physically separate from his team-mates, with subsequent stories of how he was isolated.

In an interview with Soccer AM, Cole explained the snap: “I’m on the end [of the line] and my friend next to me Urby Emanuelson was stood next to me – but he leaned forward.

“I’m so hot and tired and stood there like this [Cole slumps]… I had friends there, I had great friends.”

Cole’s contract at the Stadio Olimpico was terminated by mutual consent in 2016 after just 16 appearances for the club. 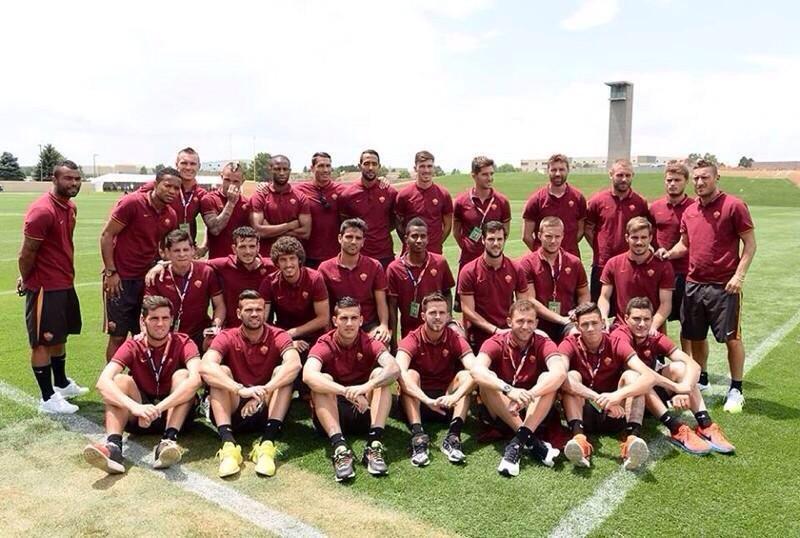 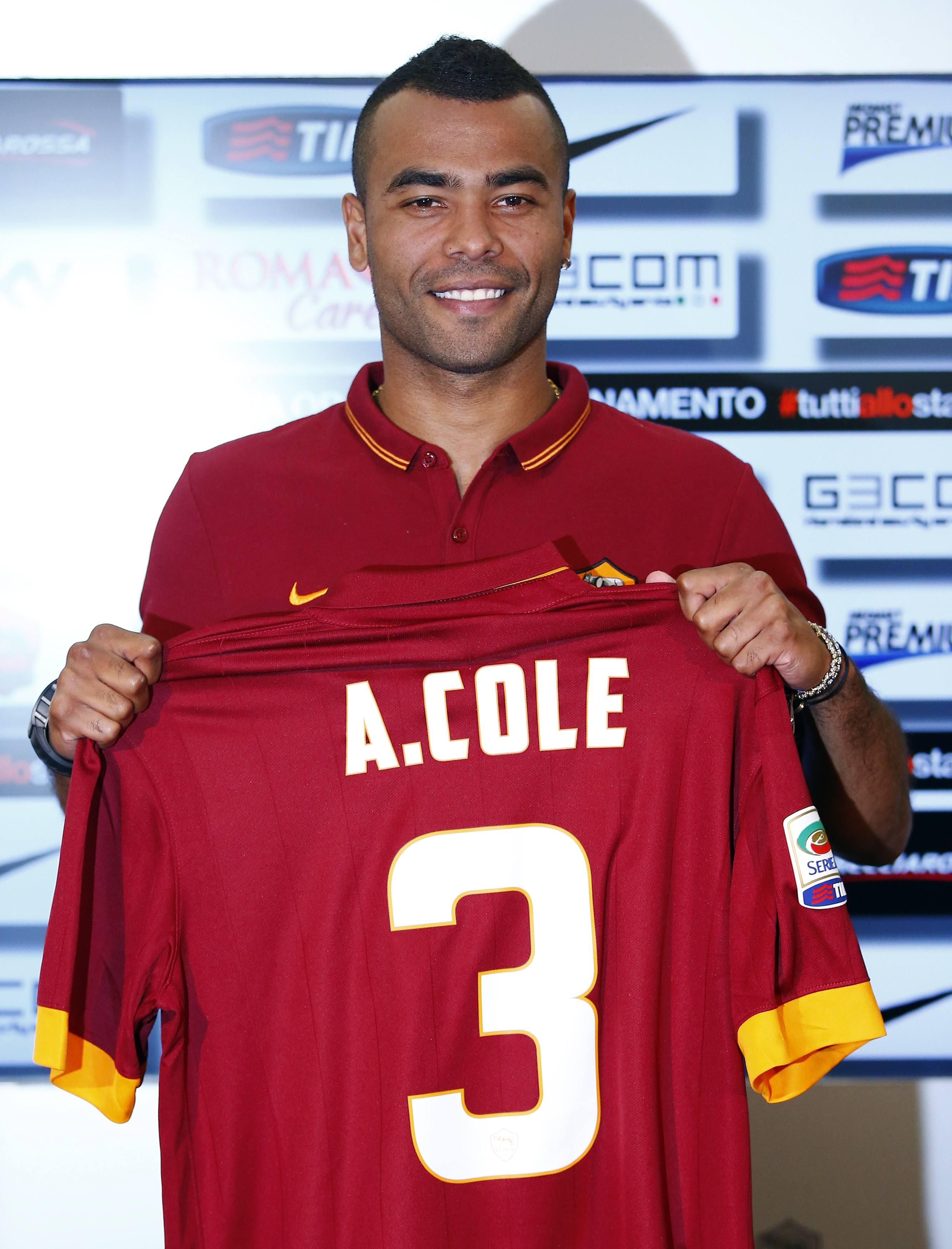 Ashley Cole’s contract at Roma was terminated by mutual consent in 2016Credit: Reuters

It was meant to be his revival.

After being dropped by new Man City boss Pep Guardiola, England’s former No1 headed to Torino on loan to revive his career.

But the move didn’t go so well.

In Hart’s first game he was blamed for Atalanta’s equaliser when his punch from a corner fell to an opponent who scored.

And it all ended in acrimony when Torino’s president criticised the keeper for his performances and mentality.

Urbano Cairo told Tuttosport: “There’s too much being said about Hart.

“Since this has been happening, his performance levels have dropped. This is already the third time we concede a goal this way and that’s a bit too much.” 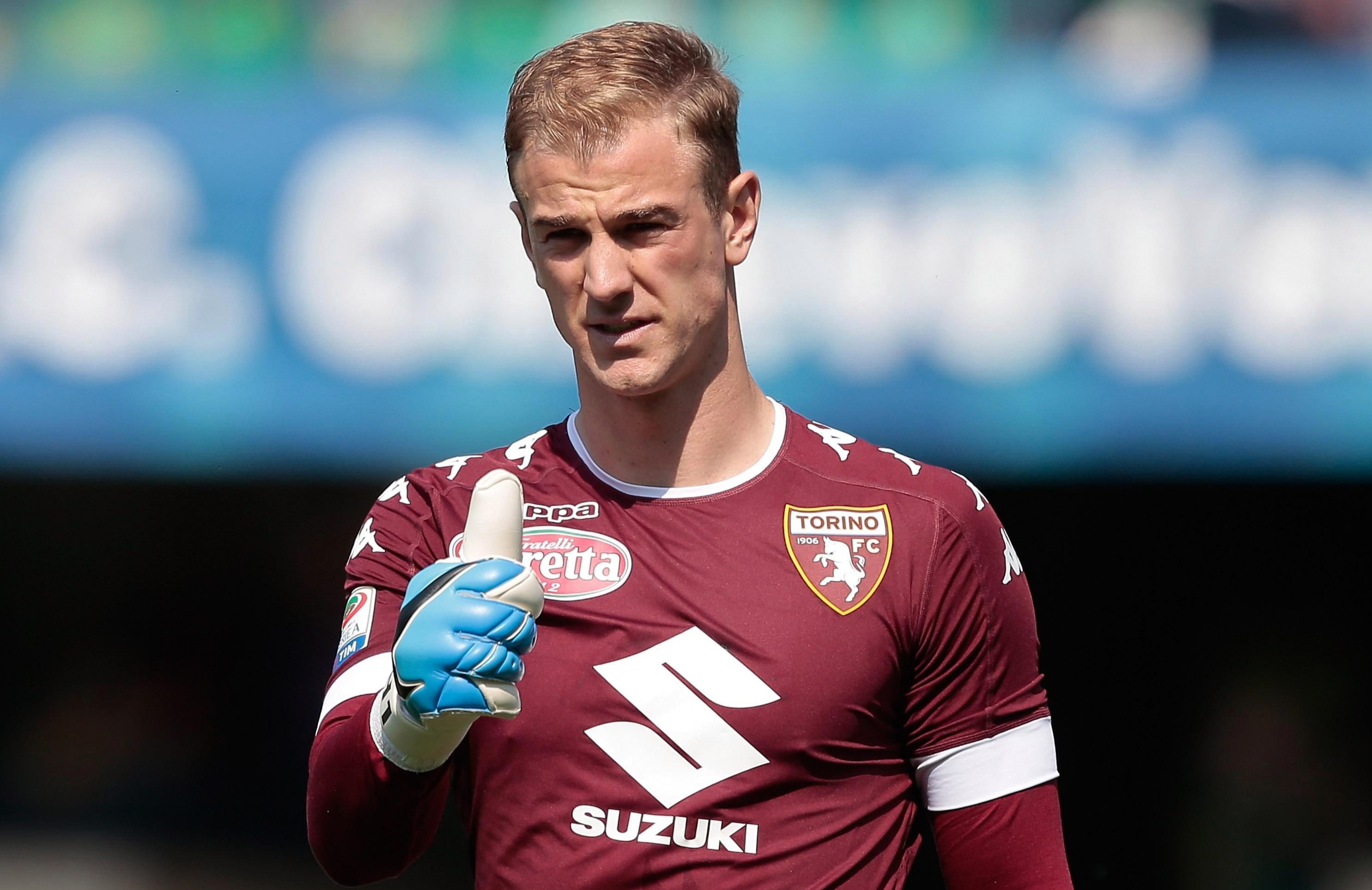 Joe Hart tried to revive his career with a loan move to TorinoCredit: Getty Images – Getty

Rewind three decades and Graeme Souness’ move to Sampdoria saw the club rise to a greater status in Italy.

The Scot marshalled the midfield and dominated each game in his two years at Samp in the mid-80s.

Unlike many of the Brits abroad, Souness lifted the Coppa Italia in his first season at the club with a win over AC Milan after he’d scored in the first leg.

He told Football Italia: “We had a great President in Paolo Mantovani and he treated everyone like his own son. It’s a lovely club in beautiful city.

“I was lucky enough to be there and I can honestly say it was one of the best times in my career.” 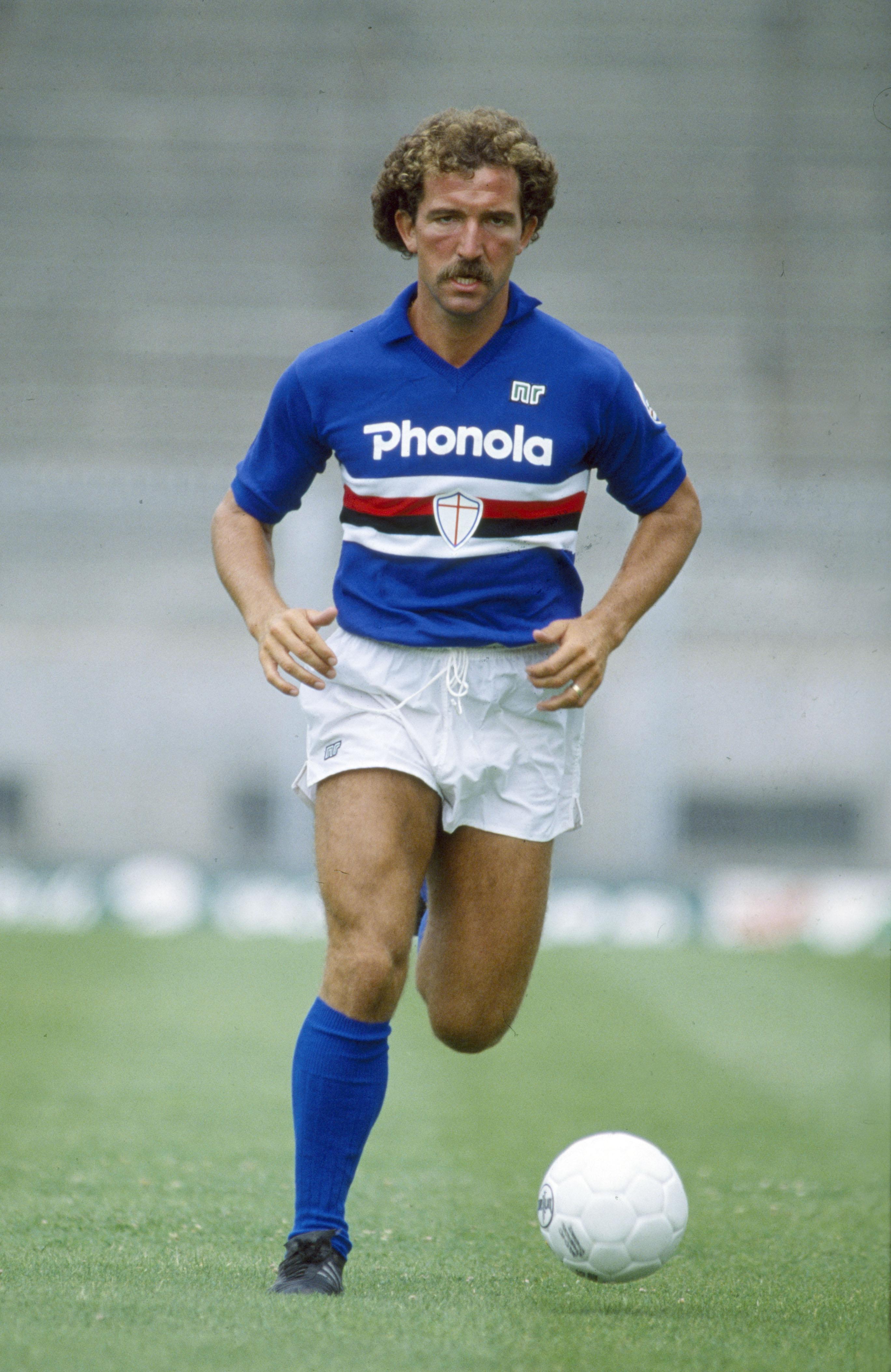 Graeme Souness thrived in Italy and won the Coppa Italia in his first year at SampdoriaCredit: Getty – Contributor

After struggling with injuries, Leeds boss David O’Leary loaned Sharpe out to Sampdoria.

The former Man Utd midfielder was joining David Platt – the club’s boss – and looking to revive his career.

But an issue with Platt’s coaching badges meant he was replaced by Luciano Spalletti, and Sharpe’s opportunities nose-dived.

“I’d had a while out with a cruciate knee injury,” Sharpe said.

“I wasn’t properly match-fit. So they put me on a training programme and in matches I was getting half an hour here and an hour there.

“But after four or five weeks Platty ran into difficulty because he didn’t have his coaching badges and it all fell away really.” 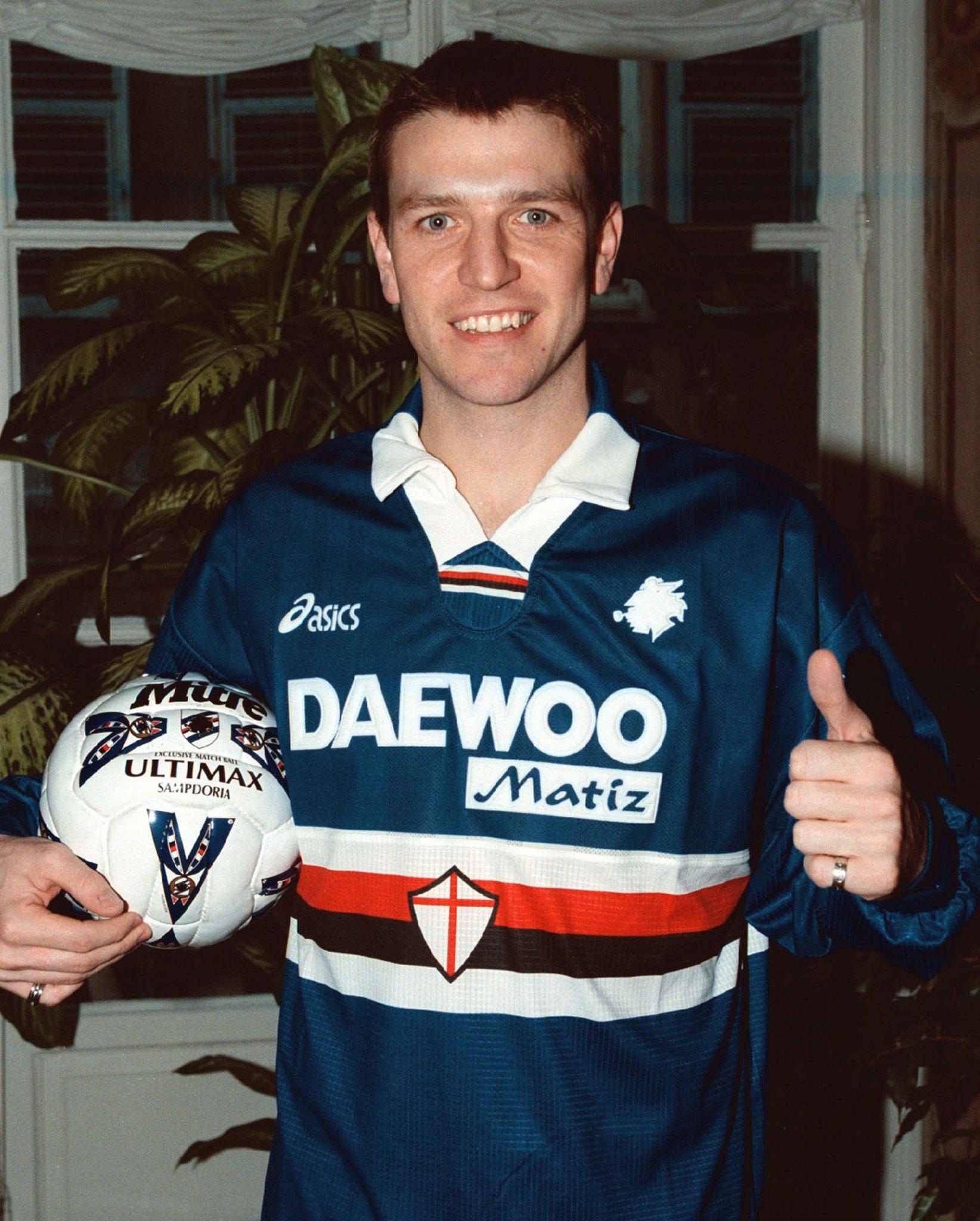 Lee Sharpe’s loan move from Leeds didn’t work out after a change of managementCredit: Reuters

Did he say it or didn’t he?

The prolific Welsh striker’s two years at Juventus are remembered for a controversial quote that Rush denies ever saying.

“I couldn’t settle in Italy, it was like living in a foreign country,” he was claimed to have said.

Speaking to FourFourTwo in 2016, Rush said: “I didn’t actually say Italy was ‘like living in a foreign country’. 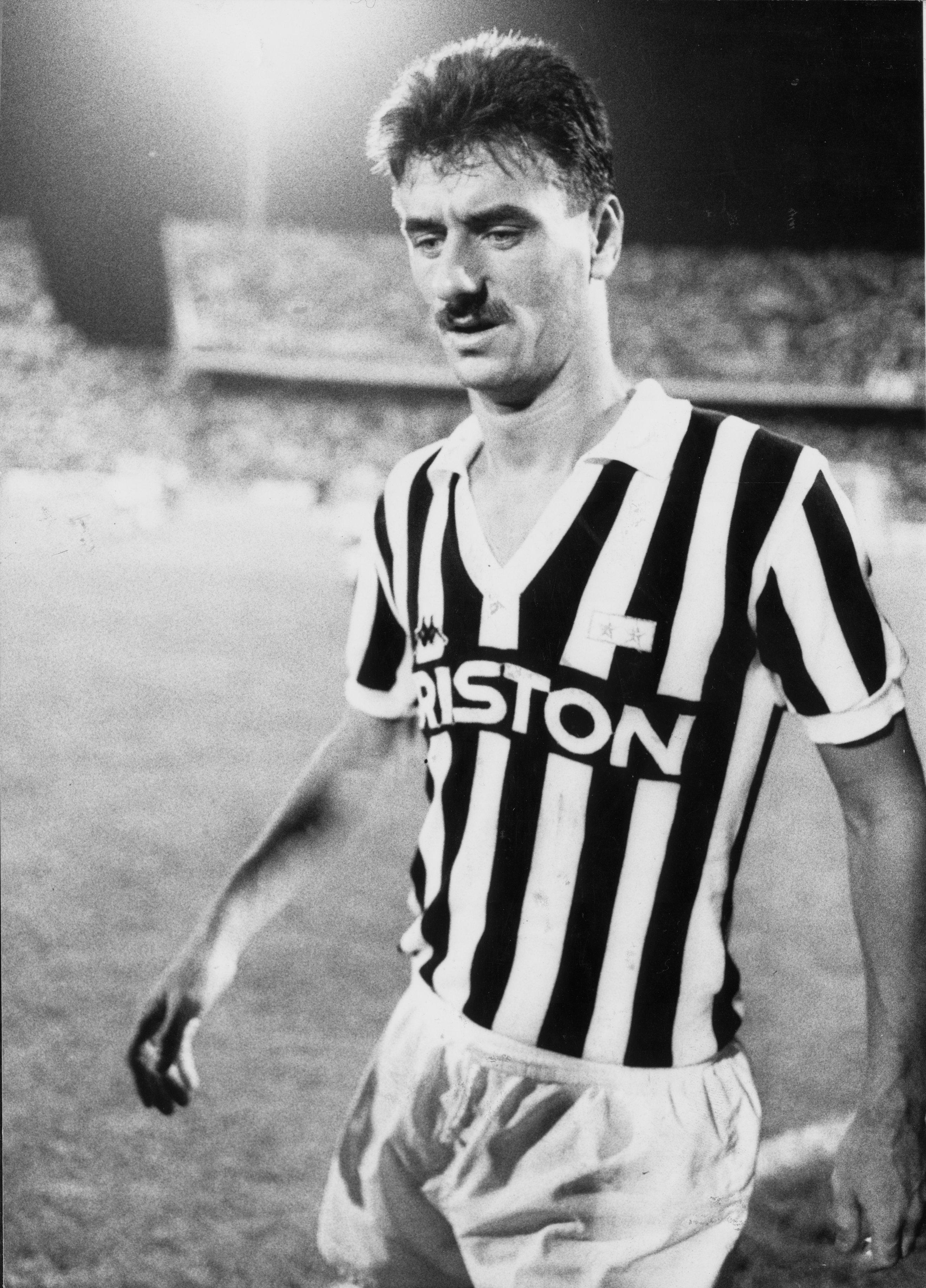 Ian Rush’s time in Italy is remembered for a controversial quote he claims he never saidCredit: News Group Newspapers Ltd

“No one has ever seen a direct quote from me saying that. I’m blaming Kenny Dalglish.

“When he re-signed me, a reporter asked me, ‘Why have you come back?’ Kenny quipped: ‘He said it was like playing in a foreign country.’ He’s got a lot to answer for!”

Rush was welcomed to Turin by 5,000 adoring fans but went on to score just seven goals in 29 appearances.

He remembered the Old Lady as ‘the right club at the wrong time’.