CLASSY Patson Daka snubbed the chance to play PlayStation for ten days – because he wanted to read up on Leicester.

The Zambian striker, 23, joined the Foxes in a £23million transfer this summer from Red Bull Salzburg.

Brendan Rodgers is very happy with Patson Daka, who decided to spend his isolation period reading up on LeicesterCredit: Reuters

But upon his arrival, he needed to quarantine.

And Brendan Rodgers revealed the forward declined the offer of endless gaming and instead opted to educate himself on his new city.

The Leicester boss said: “When he came in and had to do his quarantine he was going to be stuck indoors for ten days.

“The club were great in asking him what he wanted – tellies, PlayStations or whatever else in his room.

“He didn’t want anything. Just some books. He wanted to read, find out about Leicester. He probably read Jamie Vardy’s book maybe.”

Daka is yet to make a Premier League start but did grab his first goal to cap off last weekend’s 4-2 win over Manchester United.

He then turned on the style with all of the Foxes’ goals in the 4-3 comeback victory away at Spartak Moscow in midweek.

Daka’s four strikes made club history as he became the first Leicester player to score a European hat-trick and the first player to hit four in one game for 63 years.

And Rodgers is delighted his studious new signing is settling in so well in the East Midlands, understanding his role as understudy and heir to Vardy.

The Northern Irishman added: “He is just such a great guy, full of life and loves being here. His game is going to continually improve.

“He has a natural ability to sniff out a goal and that will be proven here in the Premier League.

“Patson was always one we wanted to give that little bit of time to adapt, to our way of working, the league.

“He’s the profile of a player we wanted to bring in. When we were looking for a striker, we needed someone who could be here over these next number of years, someone that of course can learn from Jamie.

“His profile was that he runs in behind and he’s a great finisher. You saw all of that (on Wednesday).

“But his talent is his talent, that’s what he does, he runs in behind, he finishes left foot, right foot, and he has a wonderful enthusiasm for the game. He’s a natural goalscorer like Jamie.” 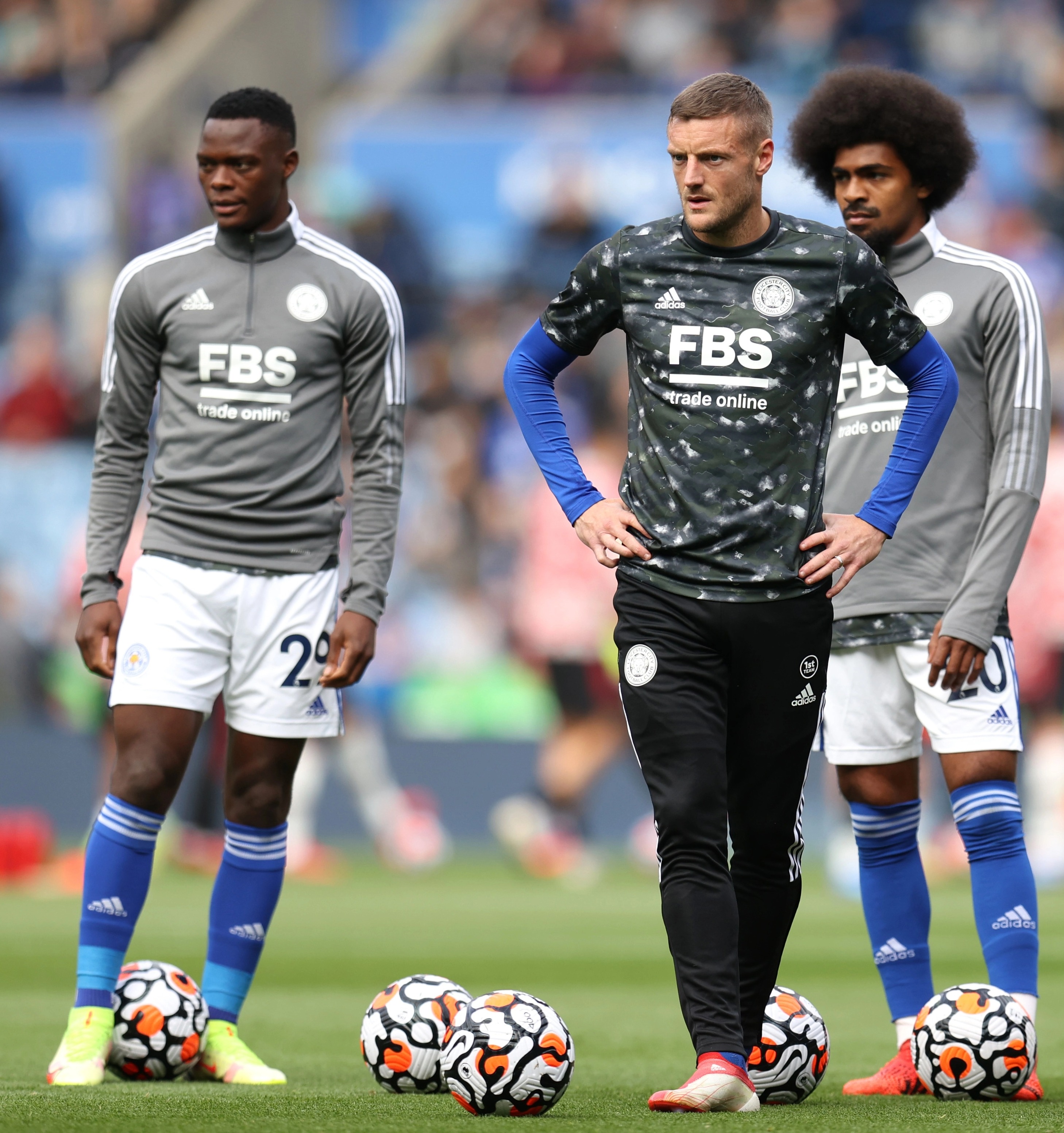 Daka has been brought in as the long-term successor to Jamie Vardy at the King PowerCredit: Getty