A SEVENTEEN-YEAR-OLD boy with a Euro 2020 final ticket was kicked out of Wembley after a thug shoved in behind him.

Jonathan Kobrin missed the entire match after being ejected from the stadium despite having a valid ticket, The Times reports.

Stewards replace barricades after they were knocked over outside Wembley at the Euro finalCredit: AP 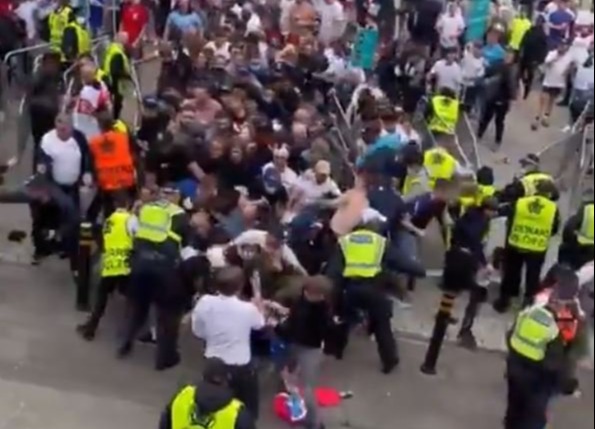 Fans broke down barriers at Wembley ahead of Sunday’s game

The England fan’s parents had treated him with a surprise ticket for the crunch match against Italy.

But Wembley descended into a warzone as hundreds of ticketless yobs ran riot.

Harry Maguire’s dad was left with suspected broken ribs by ticketless yobs who broke into the stadium.

Johnathan, from Hampstead, North London, was booted out when a hooded lout barged in after him at the turnstile.

The heartbroken teenager was left alone outside the stadium as England’s biggest match in 55 years game got underway.

The atmosphere when he arrived at 5pm with a pal and their dad was good-natured, but Wembley soon descended into chaos.

Jonathan said: “I saw loads and loads of people queueing [later at the turnstiles]. A few police were around but not too many.

“I was with my friend. I had my ticket ready. There was no one behind me but as soon as I had scanned my ticket and it went green I was shoved through the turnstile and he essentially pushed me through with it.

“I thought I was going to be arrested — all I was doing was trying to get into Wembley with a valid ticket.

“As soon as I got out the other side, stewards grabbed me by the arms and threw me into this room on the other side and I got kicked out.

“The other guy just ran off as soon as he got thrown out.

“My friend was waiting inside and they grabbed him and threatened to kick him out.”

Despite pleading with stewards and staff he was turned away.

He finally had his ticket validated, but the game had kicked off and he heard the crowd’s roar as Luke Shaw netted.

When he reached the gates Jonathan was told the entrances had been closed as so many hooligans had forced their way inside.

Jonathan was forced to walk through the streets of Wembley to find a place his family could collect him and drive him home.

He said: “Wembley Way had been shut because there were so many people so I had to take a back route that I really didn’t feel safe in so I kind of ran to my sister’s car.

“At about half past 8 I basically gave up and accepted that I wasn’t getting in.”

Jonathan is hoping he can get a refund for the ticket, but said: “It was really upsetting — really sad.”

UEFA have charged the FA over FOUR separate incidents which took place during Sunday’s final.

Disciplinary proceedings have been opened over a pitch invasion, throwing of objects by fans, booing the Italian national anthem and the stadium break-in.

Drunken hooligans broke through barriers and brawled as stewards battled to keep control.

One steward told The Mirror a ticketless England fan threatened him with a knife and said: ‘You ARE going to let me in.”

Cocaine was allegedly seen being taken in full view in the stands amid shameful scenes.

The FA has launched an investigation into the “unprecedented” crowd trouble at the country’s biggest match for 55 years.

Nineteen Met Police officers were injured during violent clashes in London, with 86 arrests, 53 of them at Wembley.

And there are fears Britain’s joint 2030 World Cup bid with Ireland could have been torpedoed by Sunday night’s sickening violence.

Government is questioning those responsible for policing the final, with the FA facing a heavy fine.

And Uefa could rule against Britain and Ireland’s joint bid before a Fifa vote on 2030.

England’s 1966 hat-trick hero Sir Geoff Hurst – who was at Sunday’s final – said he feared the disgraceful scenes could harm our chances.

He said: “If we hold the World Cup here then measures will have to be taken to ensure that this doesn’t happen again.”

Former sports minister Richard Caborn said: “They got it wrong and it could have far reaching implications. I hope it won’t impact 2030.”

Thugs circulated pictures of match tickets and Covid-negative test barcodes before the kick-off to trick and overwhelm staff.

Once past Covid screens, they gathered in large groups and charged over barriers, knocking aside anyone in their path.

One video shows scores clambering through and sprinting to the entrance as a female steward falls screaming to the floor. 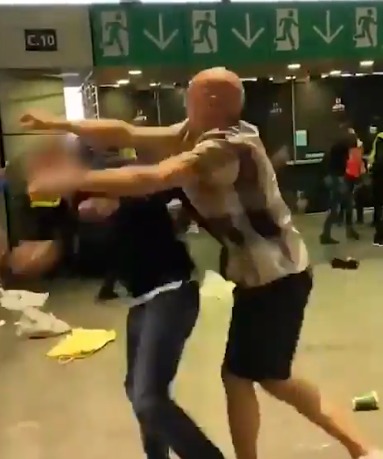 A young fan is punched during the shocking scenes 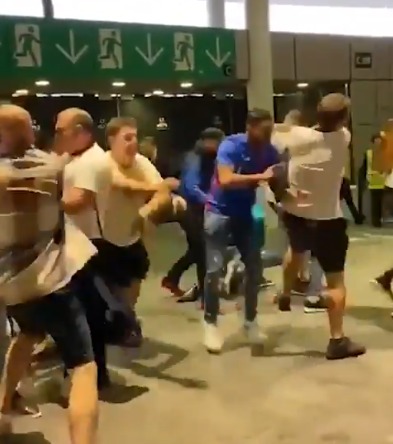 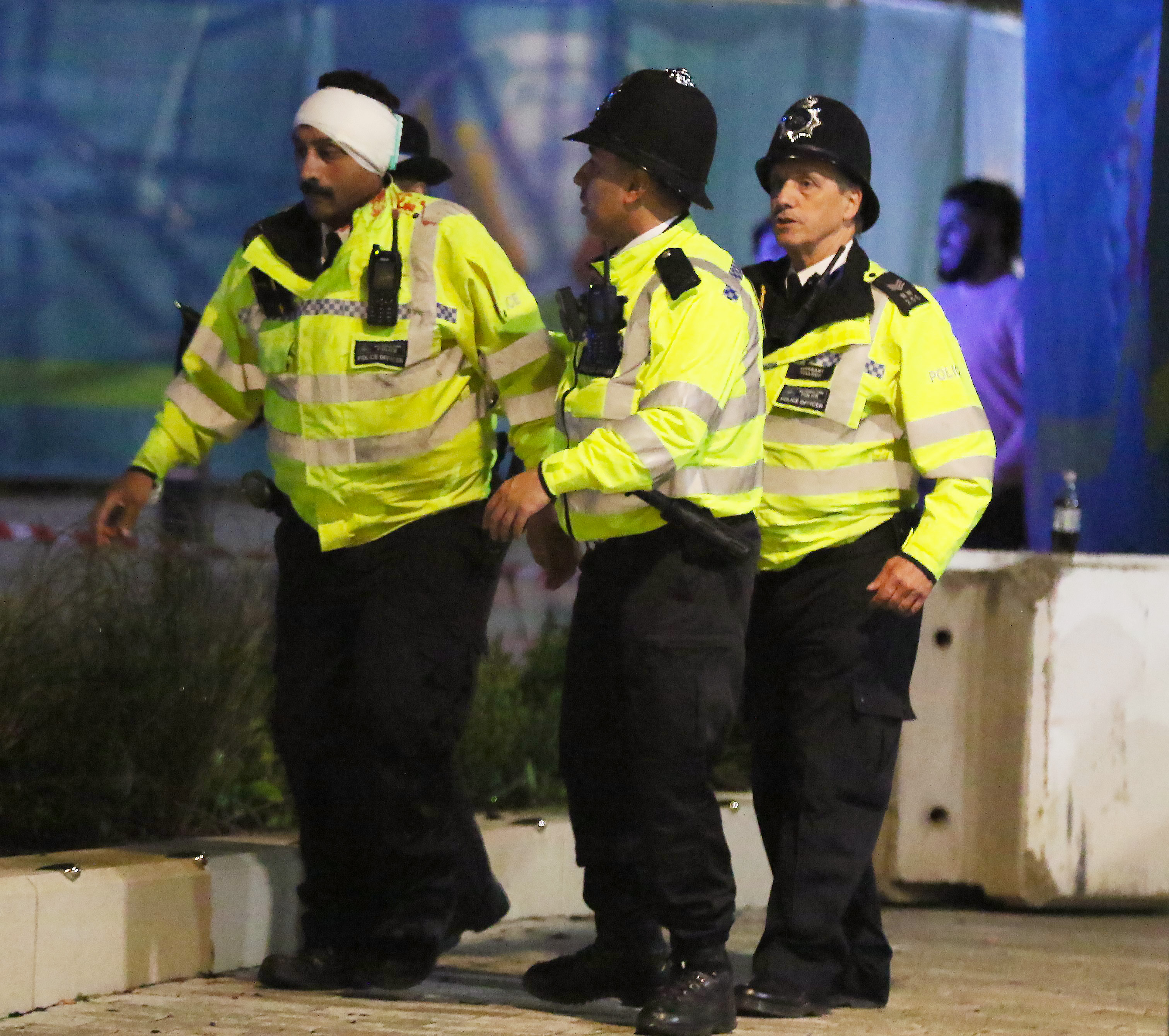 Barcelona are treating Frenkie de Jong like a ‘piece of MEAT’, slams Lineker amid Man Utd and Chelsea transfer interest