FRANK LAMPARD knows better than most how old warhorse Carlo Ancelotti can deliver a knockout punch.

The Chelsea chief just never expected it would be someone in his own ranks who put him on the canvas. 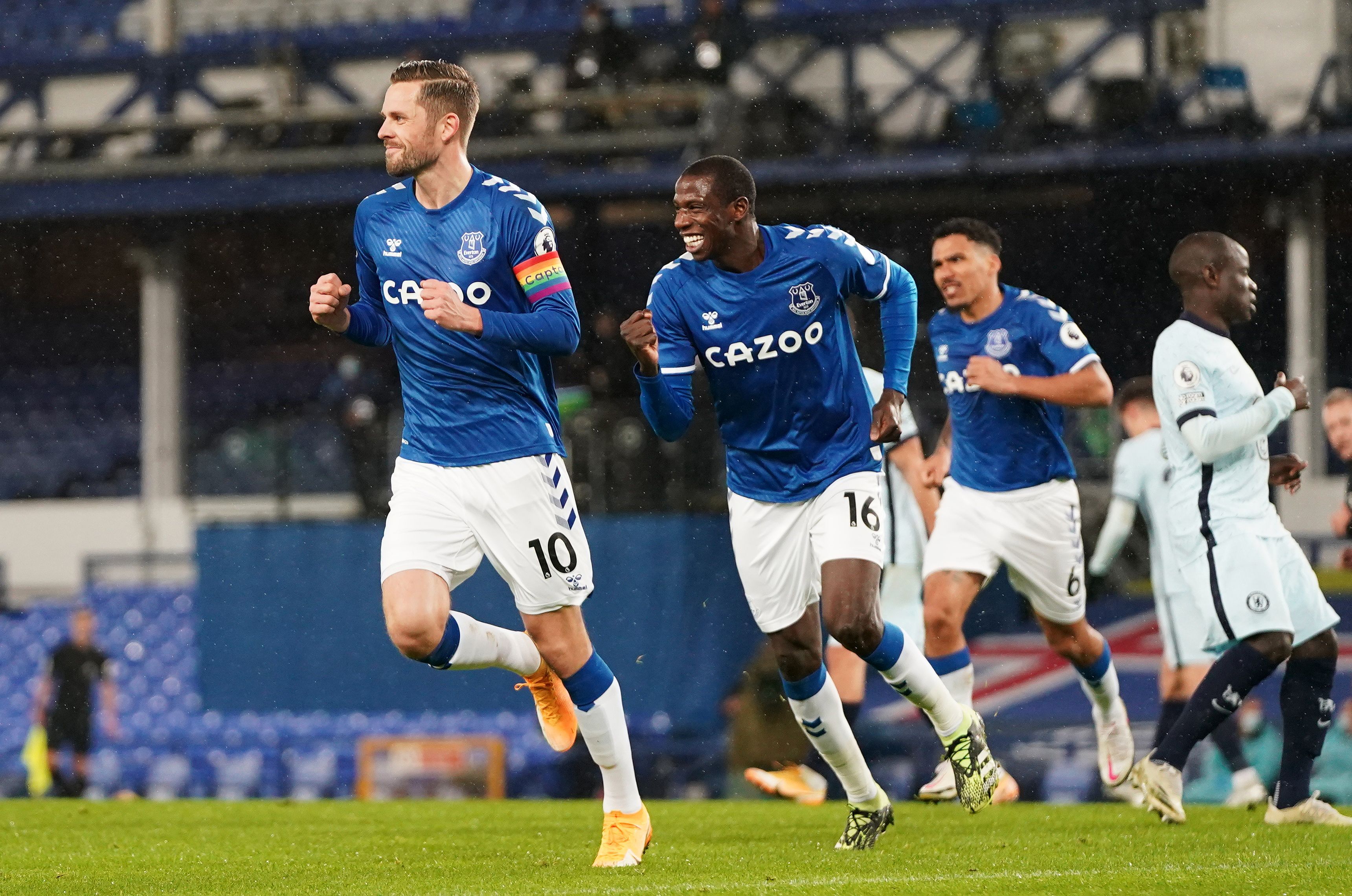 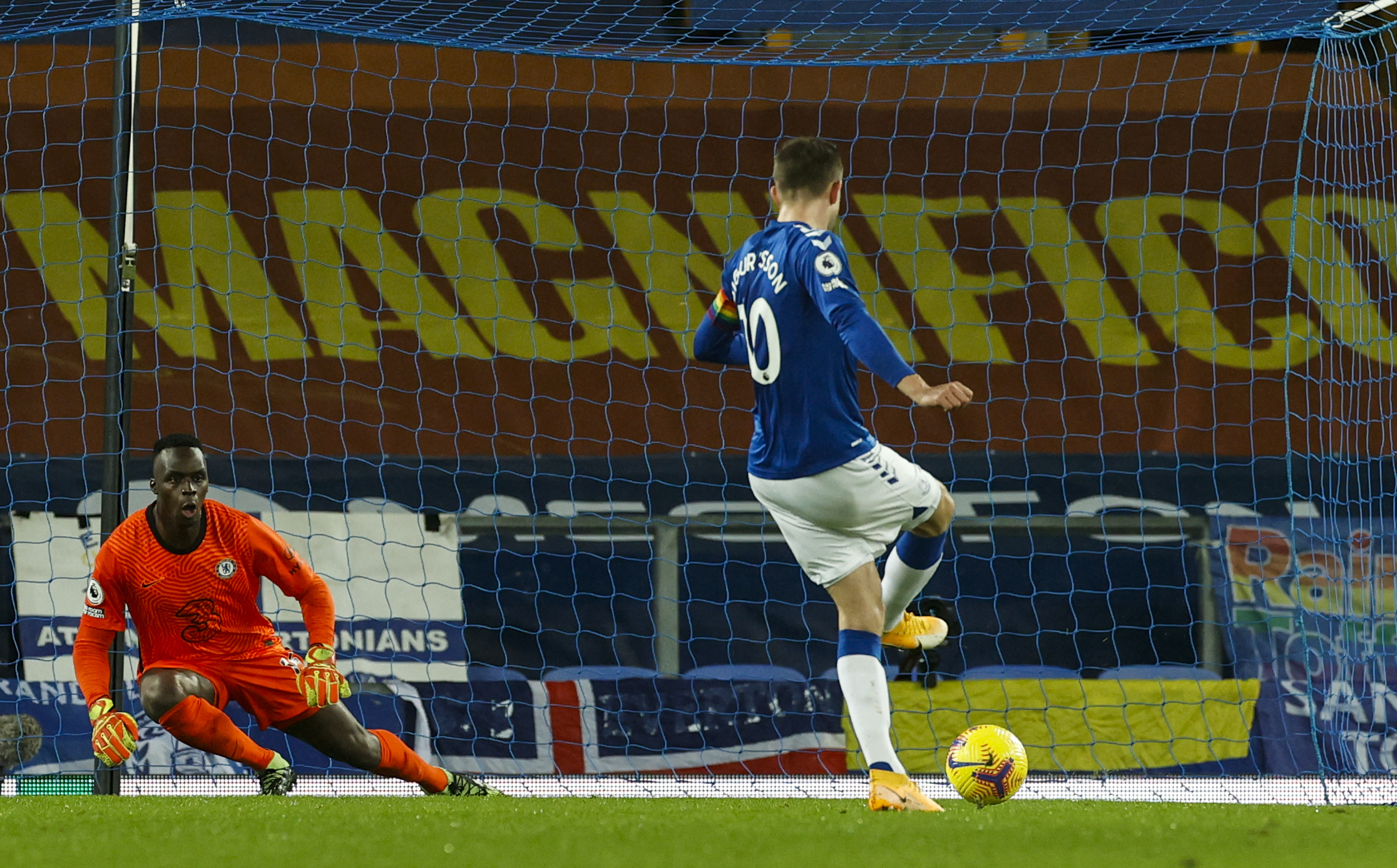 But that’s exactly what happened when Edouard Mendy’s inexcusable, inexplicable rush of blood handed Everton the penalty which gave his one-time gaffer the last laugh.

Only Mendy will know why he came charging out of his goal to flatten Dominic Calvert-Lewin as he was running away from goal and defenders were on the scene.

And that penalty – stroked home by Gylfi Sigurdsson – was enough to end Chelsea’s 17-game unbeaten run and get Ancelotti and his team back to winning ways themselves.

You couldn’t argue they didn’t really deserve something from the game, either.

Lampard’s team may have dominated possession, but Everton stood toe to toe and had plenty of chances of their own.

Yes, Chelsea probably merited a share of it…but they certainly couldn’t throw a hissy fit that they should have had all three points. Not in terms of sights of the goal, anyway.

And what a night for Everton to find their feet again, after just one win in the last seven games.

How Ancelotti must have been praying that last night, of all nights, they would do so against the club which axed him nine years ago – 12 months after he had led them to the double.

It will always be one of the most baffling dismissals in Premier League history, and the huge irony was that it actually came on Merseyside, after a last-day loss at the stadium he now calls home.

And how he is idolised by those Everton fans – 2,000 were in situ for the first time since March, yet made the noise of ten times that number on occasions.

Most notably when the Toffees went ahead – even if it was hardly a tactical masterclass from the Ancelotti textbook.

Route one will never be more route one than this, in fact. A 70-yard punt from Jordan Pickford, and a flying leap by Calvert-Lewin to give himself a chance of retrieving it.

Then that crazy kamikaze Mendy moment and no argument at all when referee Jon Moss pointed to the spot.Not like the debate over who took it.

Richarlison, the Toffees striker without a goal in five games, grabbed the ball. Several of his team-mates immediately rushed to get it off him.

All of which didn’t exactly ease the pressure on Sigurdsson when he stepped up…yet he was cool as you like in stroking it to the right as Mendy went left.

Keeper Pickford then got back to the day job with a truly stunning low stop to turn Reece James’ deflected skidder past the post. 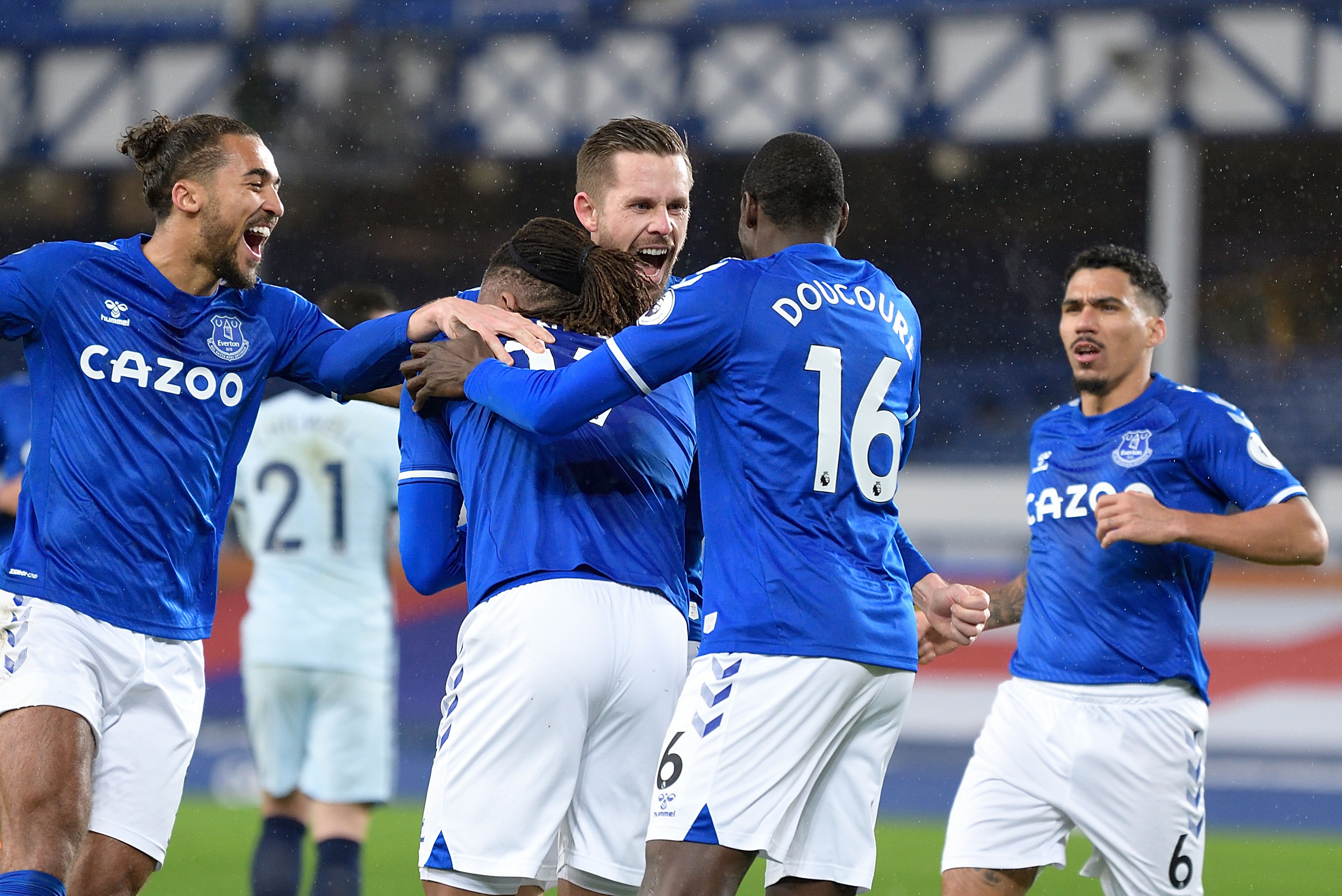 Everton are up to seventh after their victoryCredit: Getty

And even when he looked to have dropped a clanger with a less than convincing punch that nearly saw Olivier Giroud level it, he got off the hook.

Replays showed that Mason Mount had shoved Yerry Mina into his Pickford as he came to punch – a sneaky and frankly highly dangerous move by the Chelsea rookie that merited at least a yellow.

Pickford was in the wars again when he slipped and was hobbling around for a while in making another down-town clearance.

And Mount nearly made himself even more unpopular to home fans with a delightful 20-yard dink that clipped the top of the bar.

Not that Everton were on the back foot, though. Anything but, and when Mendy himself slipped as Sigurdsson curled in a free kick, a foot lower would have doubled the lead.

Everton thought they had another penalty when Ben Chilwell sent Calvert-Lewin tumbling and referee Moss pointed to the spot.

But the striker – working his socks off in front of the watching Gareth Southgate – had set off a fraction early and VAR official Andre Marriner was right with his correcting call. 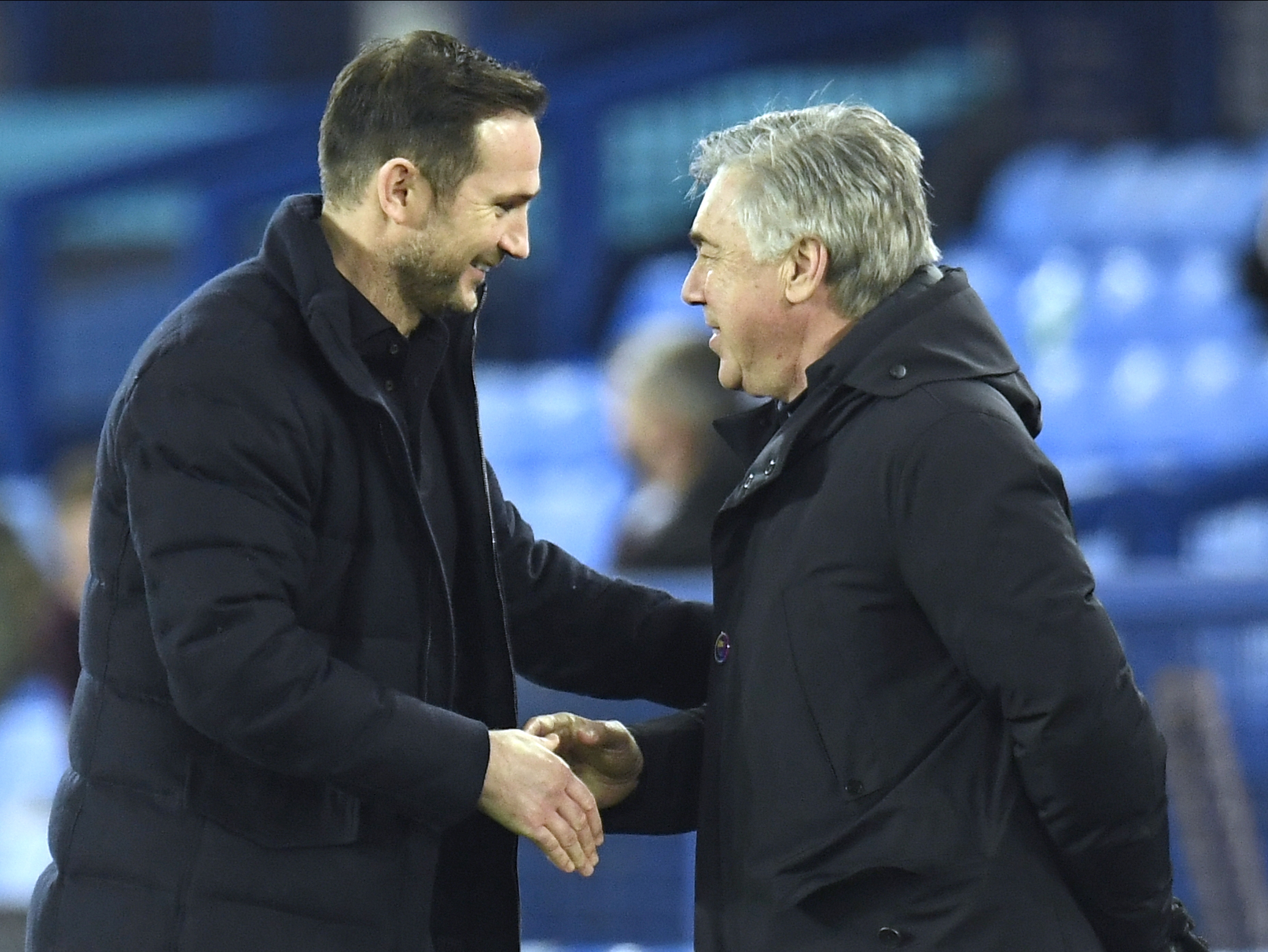 As it went on you sensed that maybe, just maybe it wasn’;t going to be Chelsea’s night after all, though.

Maybe the old master, for all Everton’s woes, was going to dish out a lesson to the young pretender who many were beginning to reckon could just be in charge of a title winning team of his own, in only his second season as a top flight boss.

Mount wasn’t going down without a fight, mind, and went within a coat of paint of levelling it when Pickford was maybe a foot too far to his right, and relieved to see the post save him.

Yet in the end Everton, for all the squeaky backsides in the Gwladys Street stand, hung on.

Lampard could only leave with his legs slapped and his tail between them.

Ancelotti has far too much class to do anything remotely resembling a gloat.

Spurs have ‘easy decision’ to send Gareth Bale back to Real Madrid with transfer ‘100% not working’, says Berbatov