KATIE MCCABE says Arsenal are ready for a physical battle with Tottenham in front of the biggest crowd to date in WSL history.

More than 51,000 fans are expected at the Emirates today – a number that will smash the league’s previous match attendance record.

Katie McCabe is relishing the prospect of playing in front of a record-breaking WSL crowdCredit: Getty 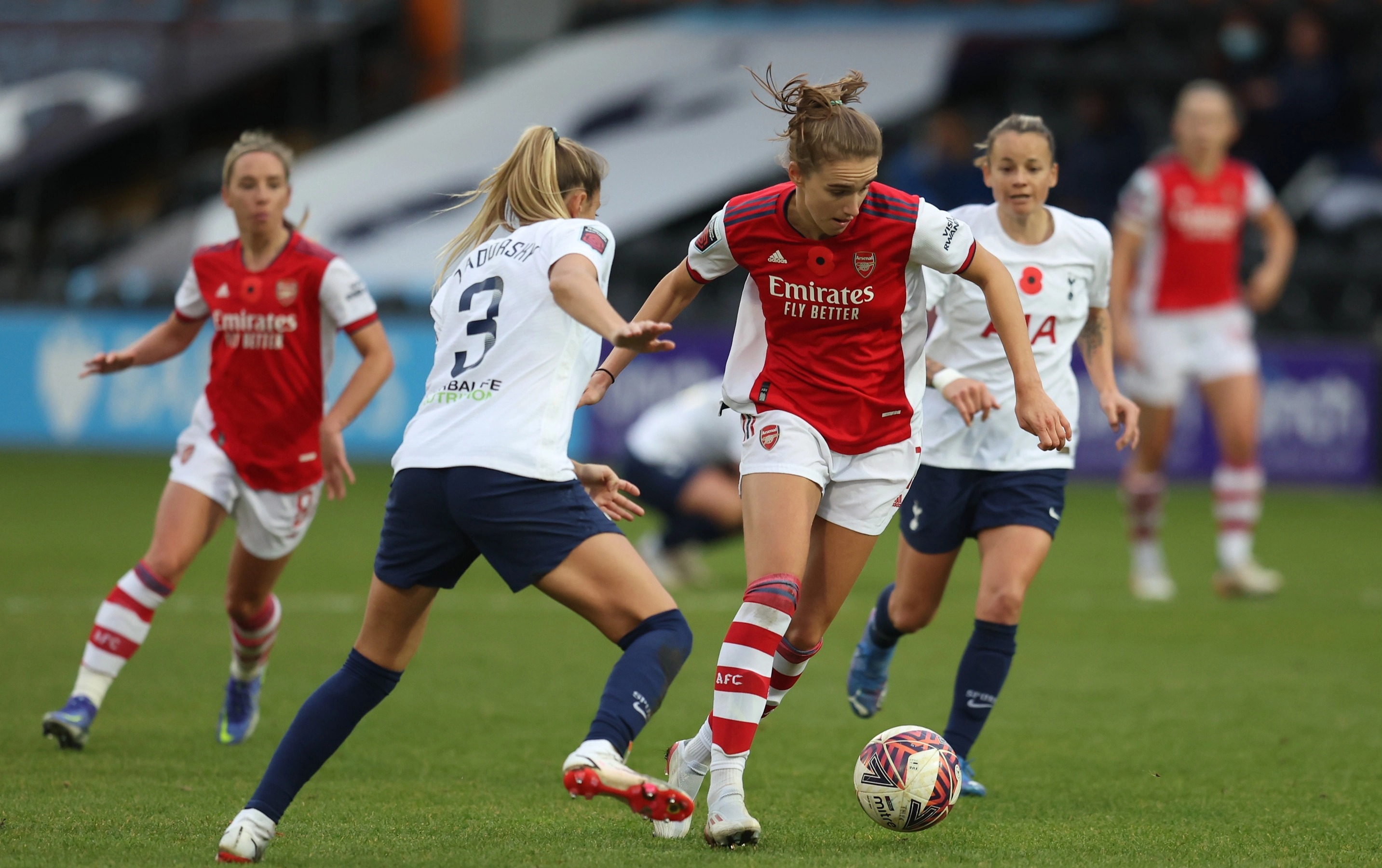 Arsenal are yet to lose a game to Tottenham in the Women’s Super LeagueCredit: Getty

In November 2019, 38,262 fans watched the teams in action at Tottenham Hotspur Stadium.

Back then the Gunners defeated their opponents 2-0.

Arsenal are yet to be beaten by their neighbours in the top-flight since Spurs’ 2019 promotion to the WSL.

The last match between the sides saw Jonas Eidevall’s team clinch a 3-0 win with five players booked during the feisty encounter in May.

And last November Spurs shared the spoils of a 1-1 draw at home.

Reflecting on that encounter McCabe, 26, said: “It was a tough game away from home for us. 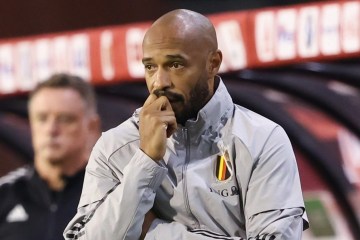 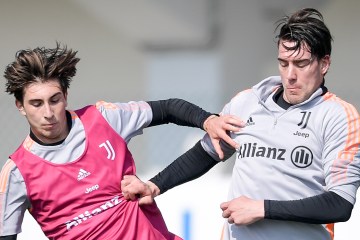 “We’d done well to get the equaliser and kept playing.

“But they looked to frustrate us and to be physical and that’s what a derby game is all about.

“But it’s up to us to control our mentality and let the ball do the work.

“We’ll be ready for any physicality that will be thrown at us.

“But ultimately, it’s about playing football and playing our way which is the Arsenal way.

“We’ve seen Spurs investing in their women’s team over the last few years.

“They’ve done a great job of that and with that, you get more quality within the games.”

On the ticket sold for today’s derby which kicks off at 1:30 pm, McCabe added: “I think the club have done a terrific job of tapping into that (crowd) momentum from the Euros.

“That’s off the back end of a fantastic Euros and the Lionesses getting the win there.”

Back then Dick Kerr Ladies took on St Helen Ladies at Goodison Park.

A year after, a ban on women playing football on FA-affiliated pitches was introduced which lasted for 70 years until 1971.

McCabe added: “There’s an obvious frustration there that we’ve been held back for so long but we can’t dwell too much on the past as we need to charge forward.

“The drive from all the clubs in the WSL is fantastic and we need to take that momentum from the Euros and let this not just be a one-off.

“I was part of the game with the first WSL record crowd back in 2019 and that was such a special day. This should be the standard going forward.” 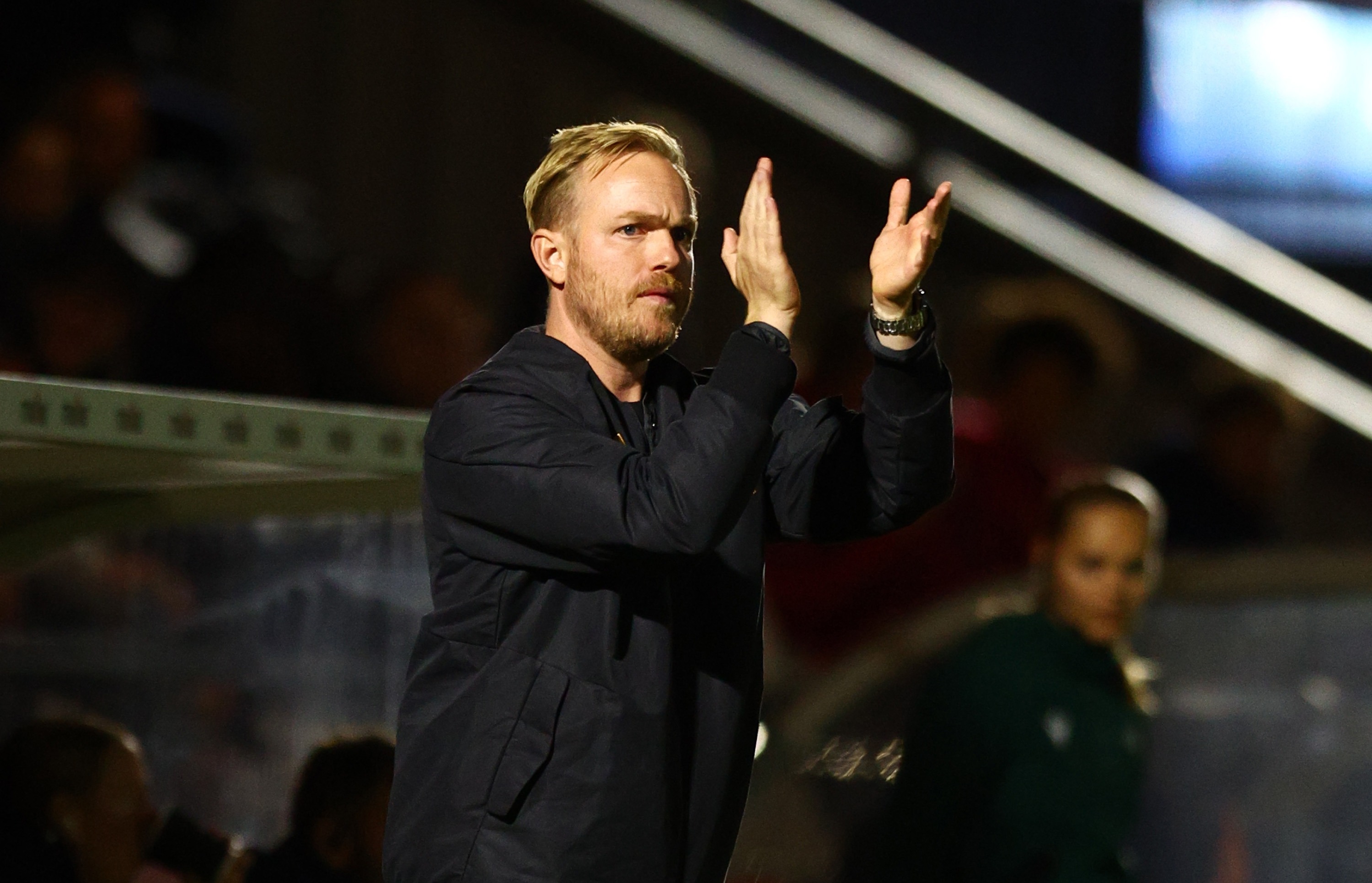 Gunners boss Eidevall said: “More than fifty thousand sold tickets is really special because that means doing in a way that is sustainable,

“The investment that the club has put in and the (efforts) that past teams before have (put in) to help us get to this stage here is phenomenal.”

McCabe, who skippered the Republic of Ireland to a historic World Cup play-off spot this month, is a highly regarded player amongst Arsenal fans.

And the versatile wing-back counts Alex Hleb amongst the Gunners heroes of the past she enjoyed watching.

The WSL ace added: “I loved his doggedness. I loved how he carried himself on the pitch and his presence.

“He was one of those players that didn’t play every single game, but I really enjoyed watching him.”

Rehanne Skinner’s Spurs will be looking to cause an upset having picked up a win against Leicester last Sunday. 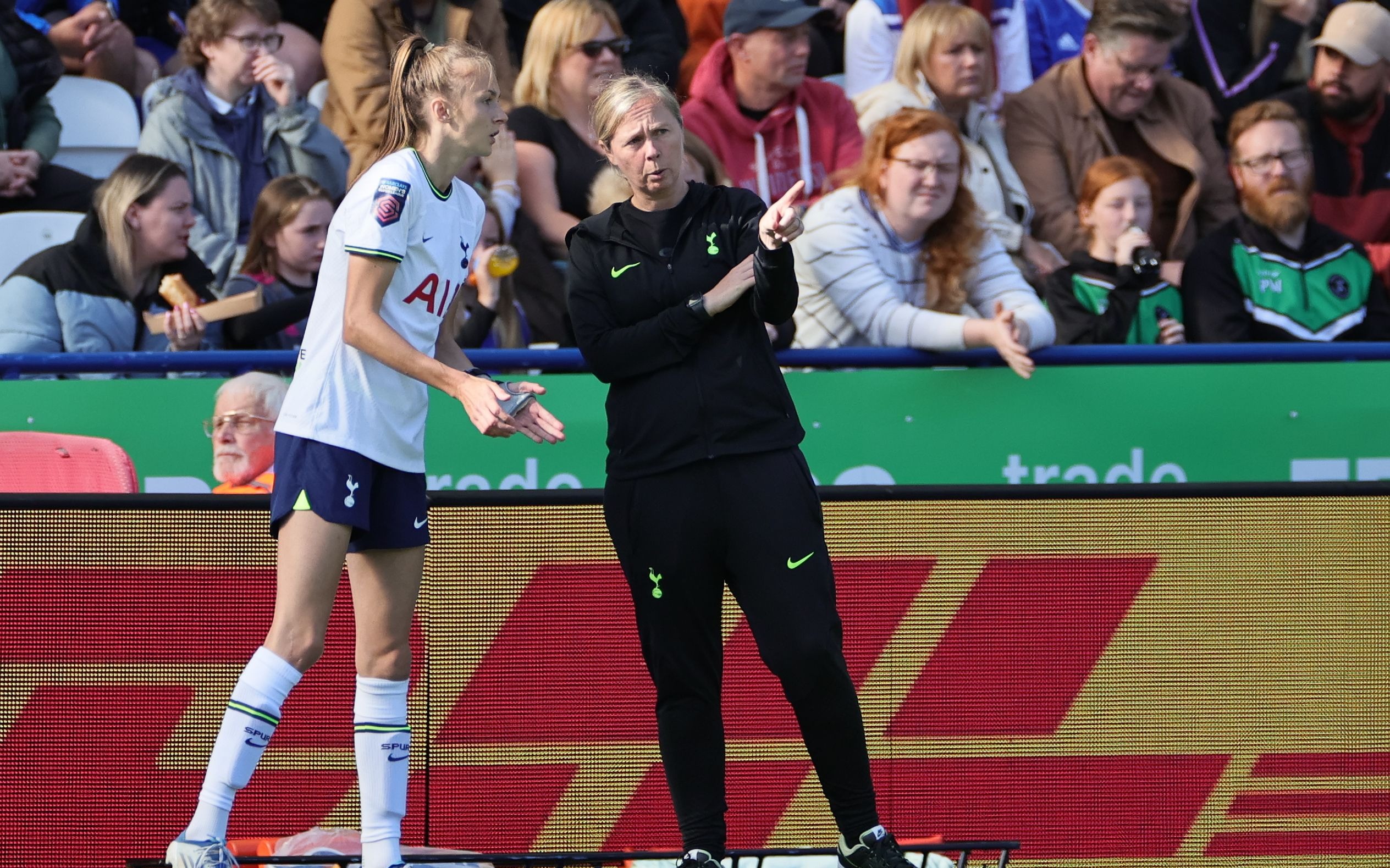 Rehanne Skinner’s side are targeting a first win against Arsenal in the top tierCredit: Rex

And the Tottenham boss says her players are relishing the prospect of playing in front of a record crowd.

Skinner, 42, said: “It’s an opportunity to play in front of a volume of fans that some of the players have not done before.

“It’s something they have been looking forward to. It’s the route we all want to go down.”