CLASSIC football shirts are in.

In the next few weeks, with Euro 2021 fever gripping the nation, many football fans will be rocking their favourite retro jerseys.

Are any of these three classic kits crowned the best ever?

But which old school stunner is the best football kit of all-time?

BBC Sport went on a mission to find out just that, with the top 20 listed below.

Check out who makes the cut, in reverse order, starting with… 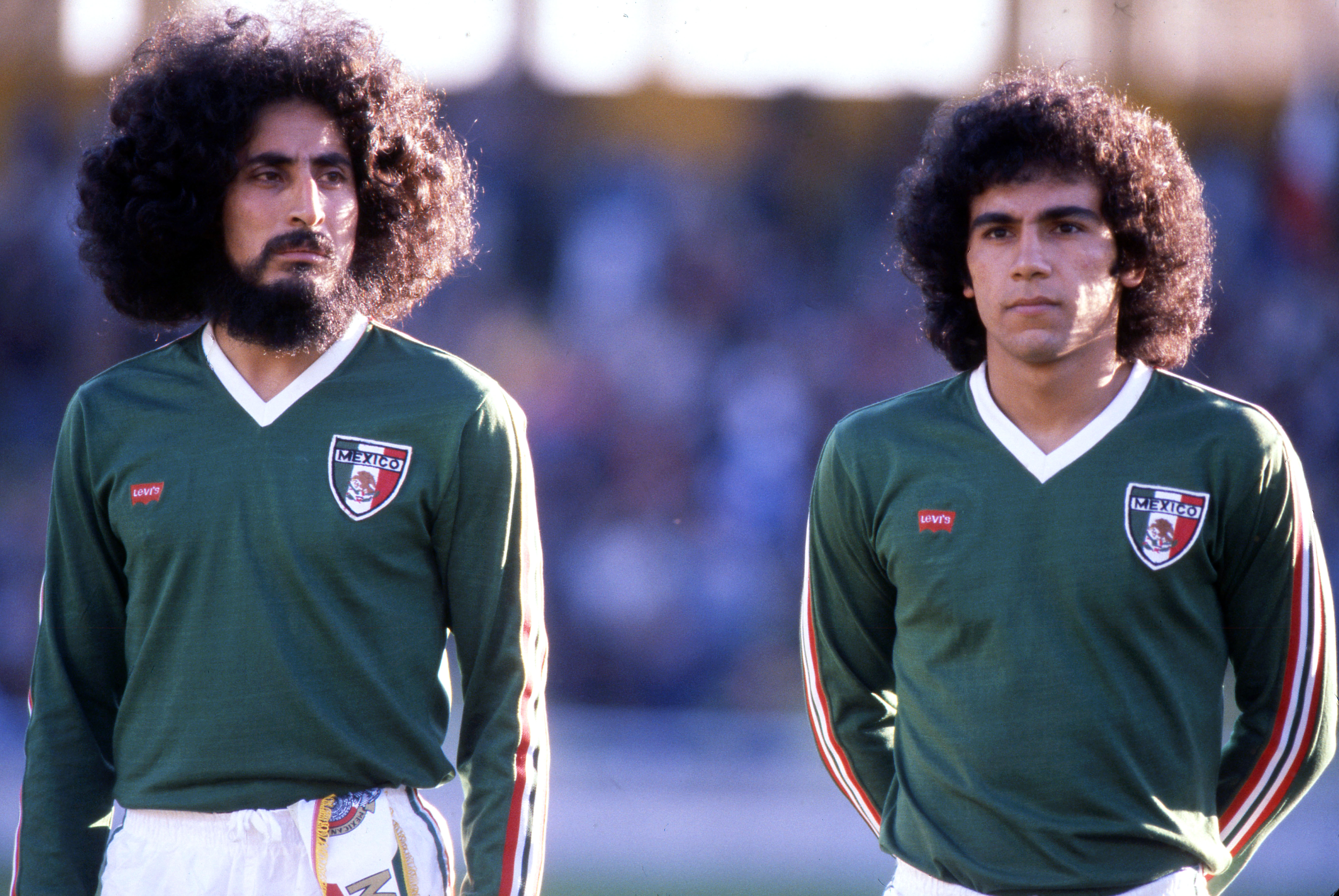 Echoing colours from the Mexican flag, Levi’s created this green, red and white masterpiece for the World Cup in 1978.

The deep colours and the long sleeves contrasted the massive barnets of the likes of Leonardo Cuellar and Hugo Sanchez beautifully.

A real blast from the past. 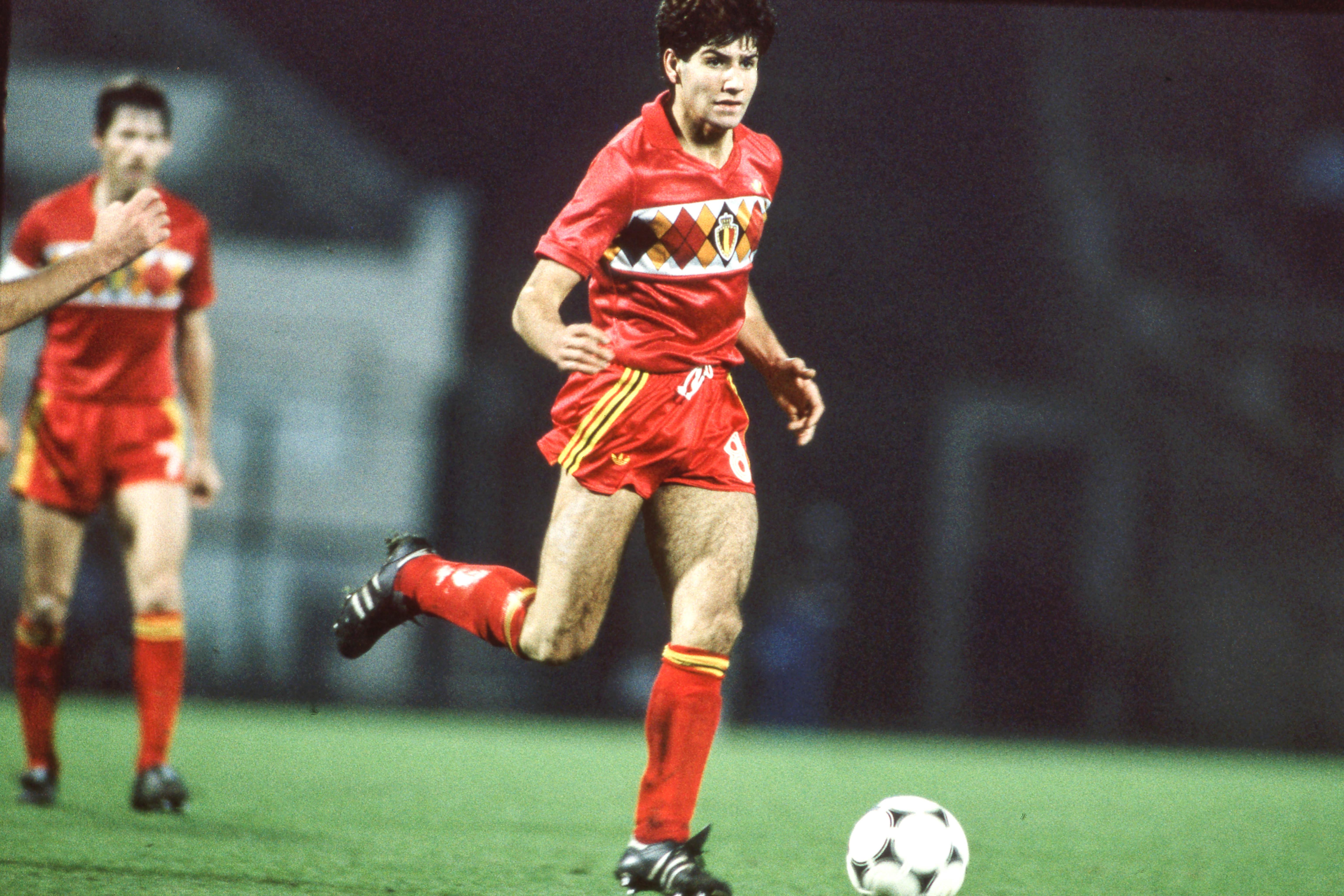 Belgium wore a diamond-patterned jersey in 1984

Recently re-released by adidas, the Belgium strip from 36 years ago was truly unique.

With a red background and diamonds sparkled across the chest in their national flag’s colours – red, gold and black – it was a real beaut. 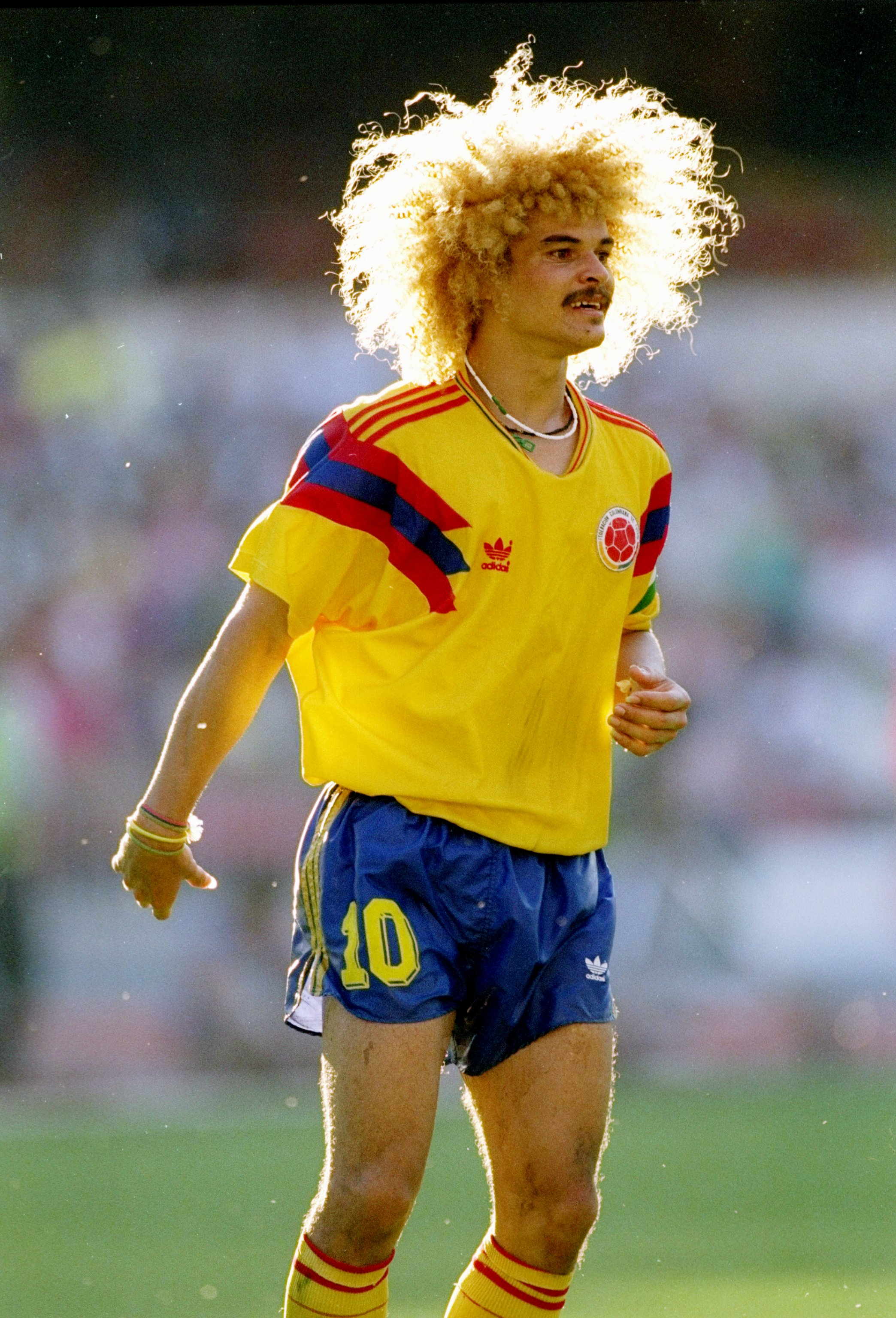 Who could forget Carlos Valderrama’s hair… and kit

This South American stunner was so popular they brought it back for the 2018 World Cup.

Who could forget the glistening yellow jerseys flowing underneath the huge hair – and short-shorts – of Carlos Valderrama?

Those little red and blue diagonal stripes, too… 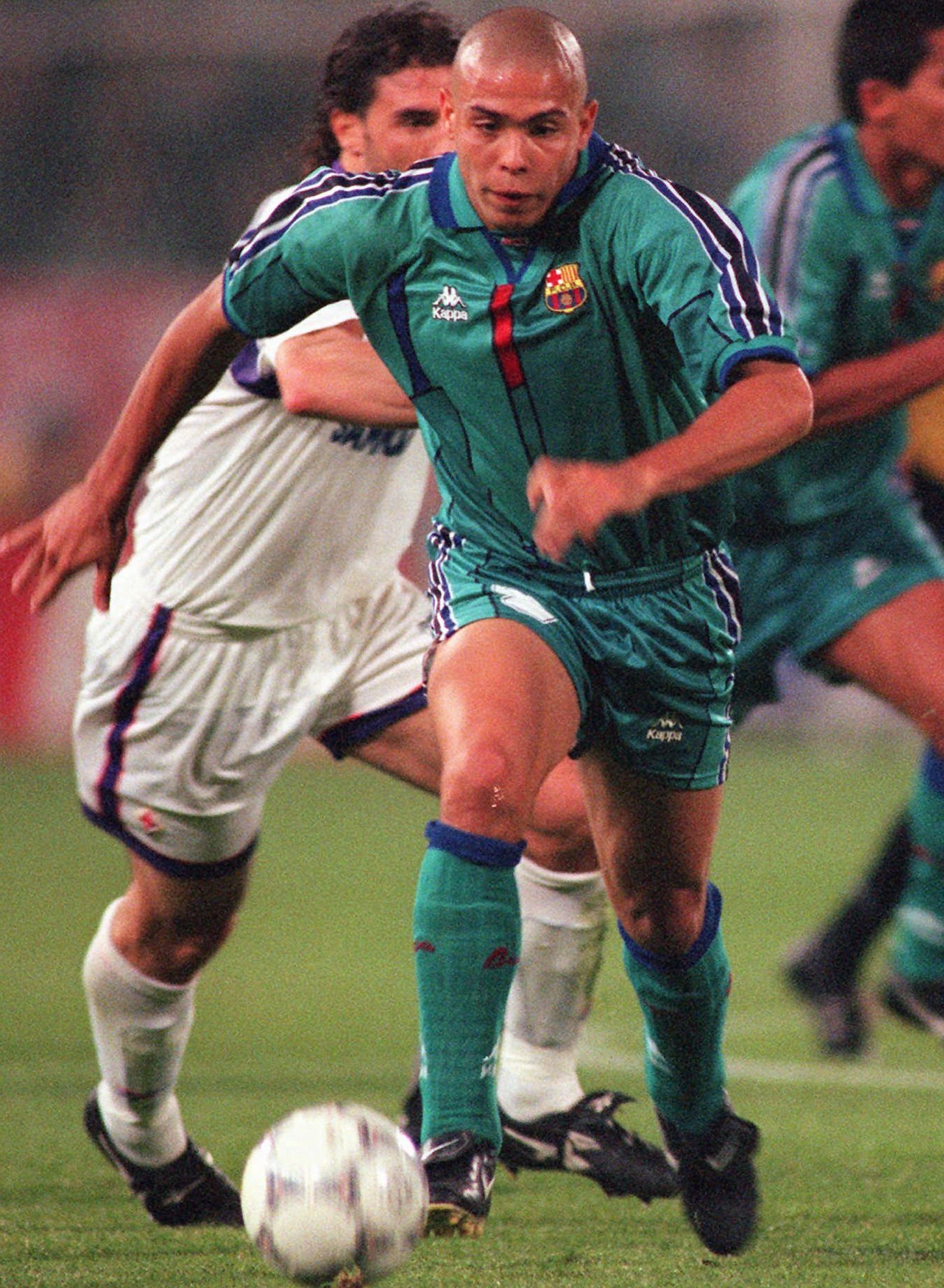 You know this one…

The sky-blue effort, with a single stripe of each club colour – deep blue and burgundy – running down the right-side and across the shoulders.

A lovely effort worth a reimagining… 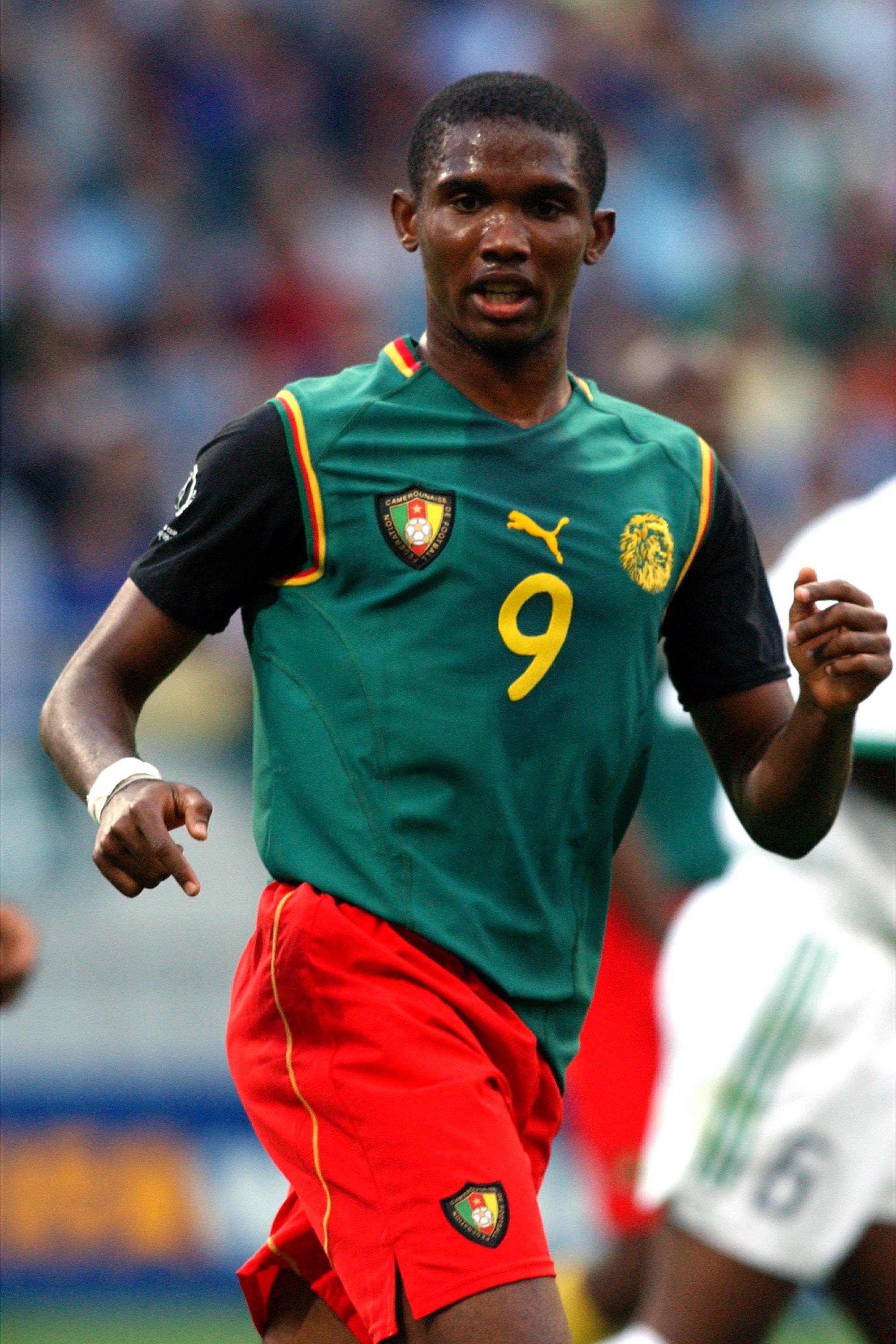 You know something’s impressive if it ends up being banned – think 1984 Air Jordans, sneaker-heads.

Sticking with the basketball theme, Cameroon – including Samuel Eto’o – once sported their SLEEVELESS jerseys.

They were deemed illegal and banned for life. 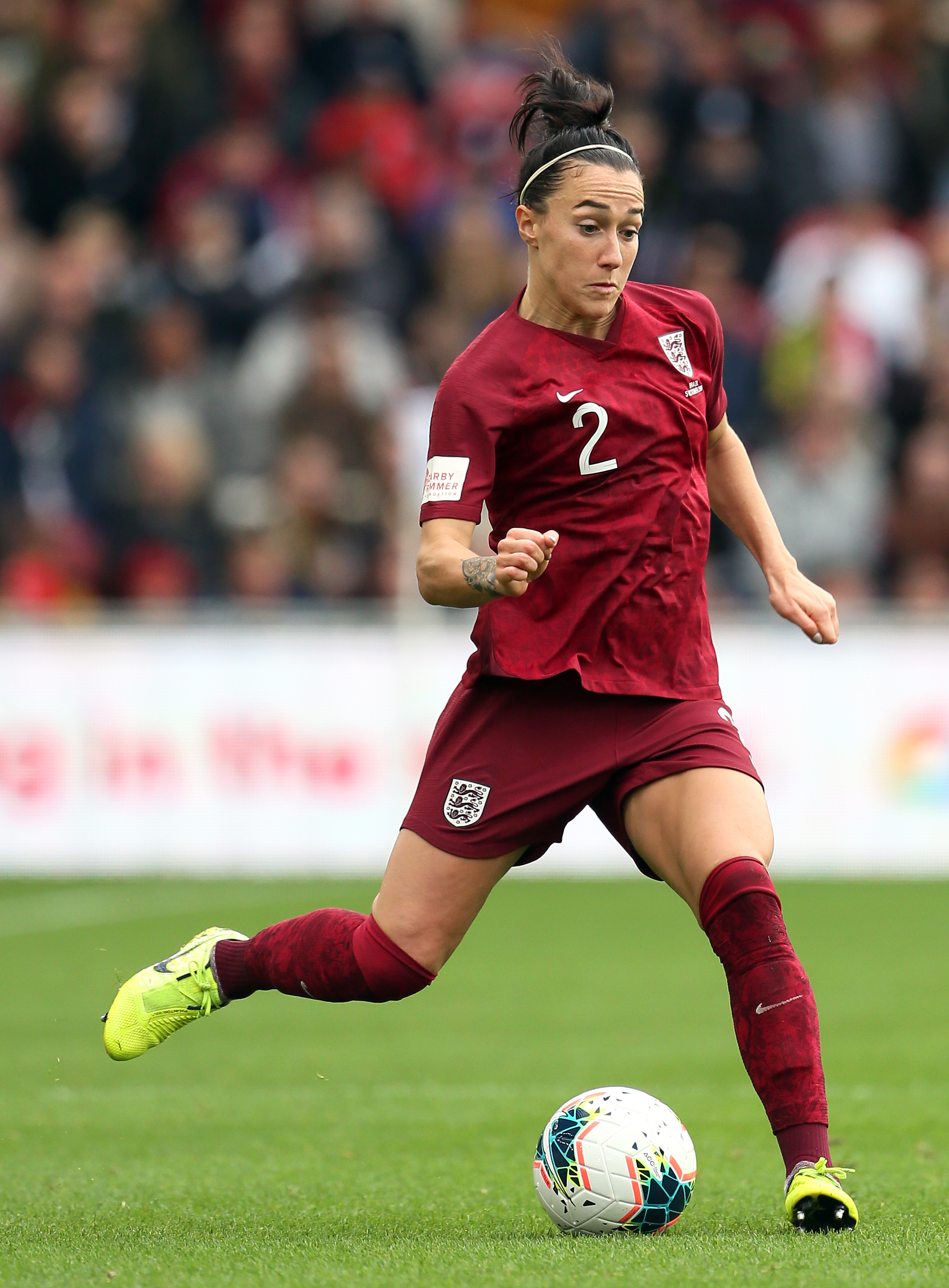 The Lionesses’ first-ever unique jerseys were a sight to behold

Last year, the Lionesses launched their very first unique kit – rather than wearing their own version of the men’s kit.

And both the home and away (white and red wine respectively) were absolute stunners.

Neat and uncluttered, they’ll go down in the history books as one of the best ever. 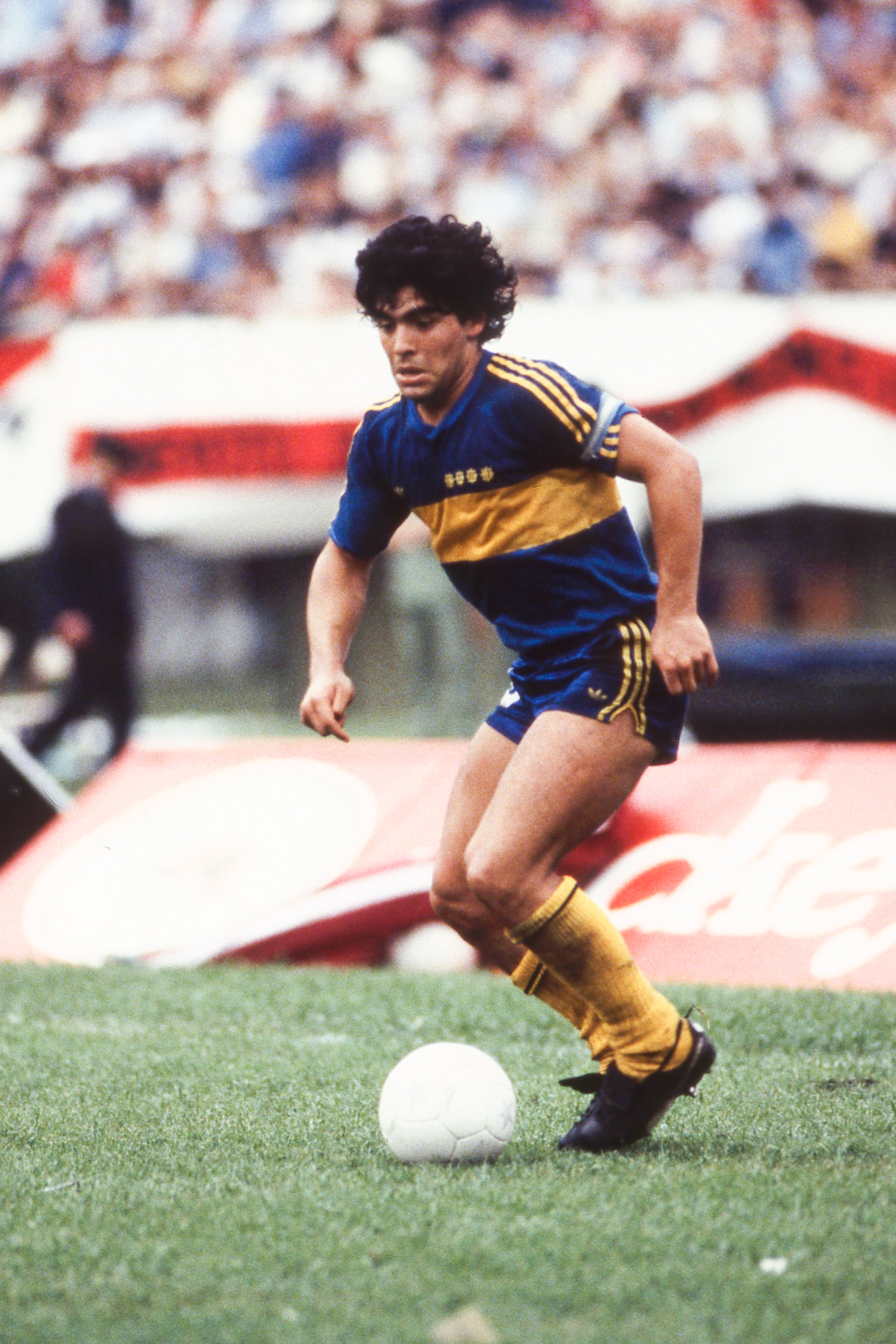 Everyone remembers this Boca Juniors classic from 1981

The blue shirt with the thick yellow stripe running horizontally across is truly iconic.

Despite being nearly 40 years old, it’s still highly sought after by jersey collectors. 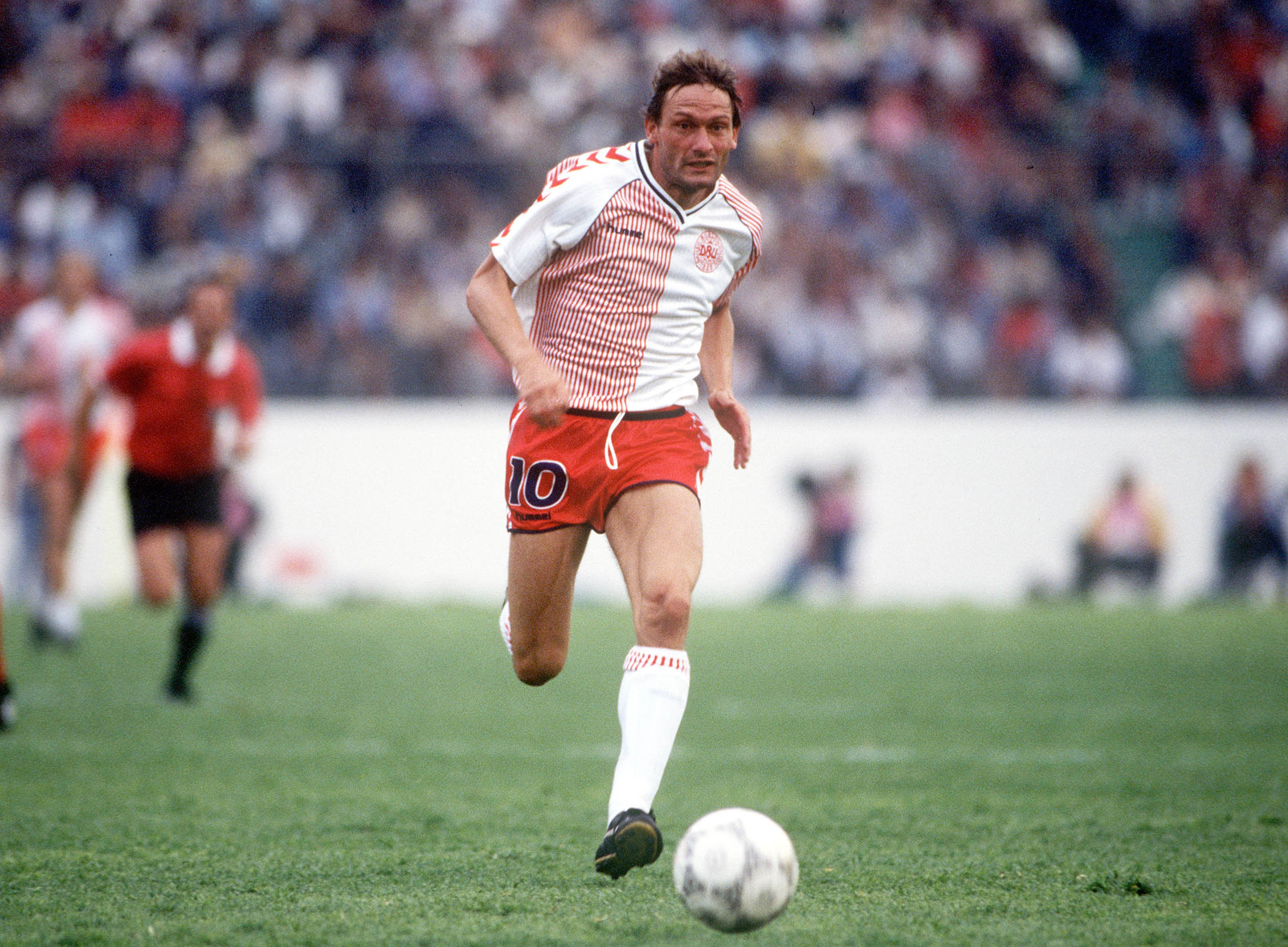 Denmark debuted this jersey for their first-ever World Cup

Denmark reached their first-ever World Cup finals in 1986 with a talented squad including Michael Laudrup and celebrated with a shirt which divided opinion.

A “50-50” top was half block red and half light-red and white stripes – with the sleeves sporting the opposite pattern. 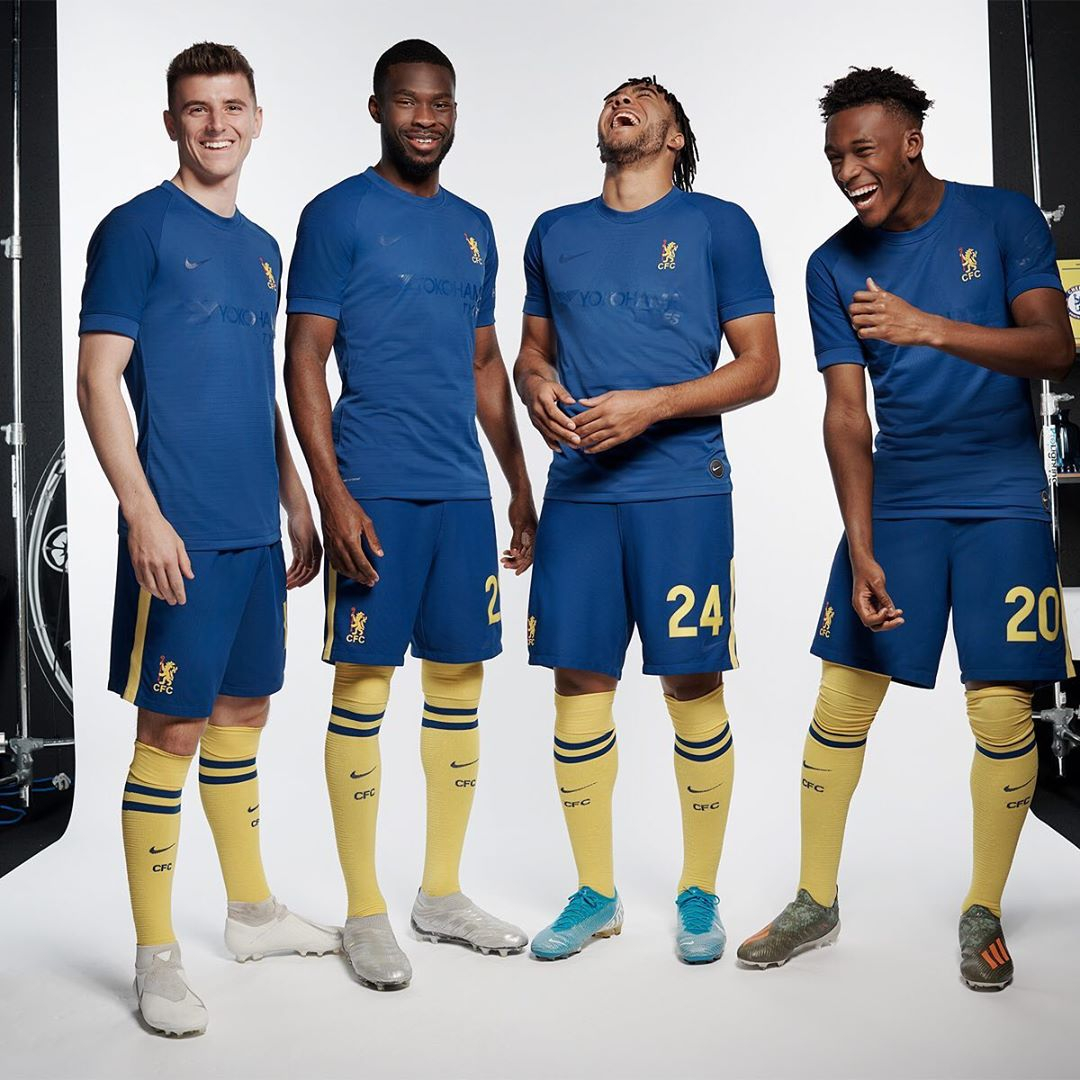 If you think you’ve seen this one recently, it’s because you have… sort of.

The West Londoners wore the simple, stunning blue and yellow shirt for the first time in 1970 as they won the FA Cup.

Chelsea paid homage to that kit 50 years on with a similar, reimagined version in the FA Cup. 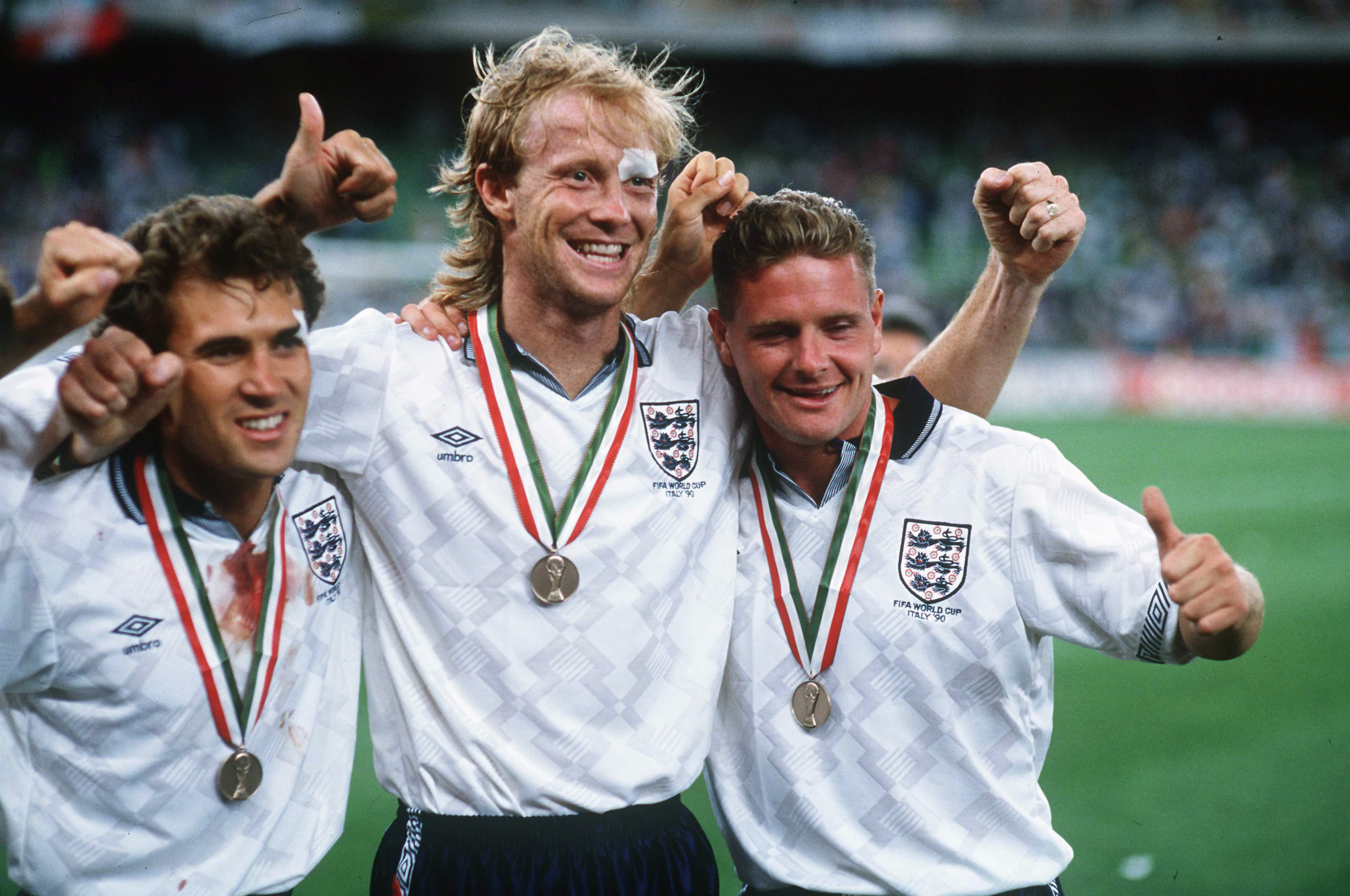 In truth, both kits from 30 years ago at Italia 90 were absolute beauties.

The “away” blue, speckled kit is a cult classic, while the clean white with the navy blue collar is equally incredible.

There’s no way this kit wouldn’t have made the top ten if England had gone on to win in the year of Gazza’s tears. 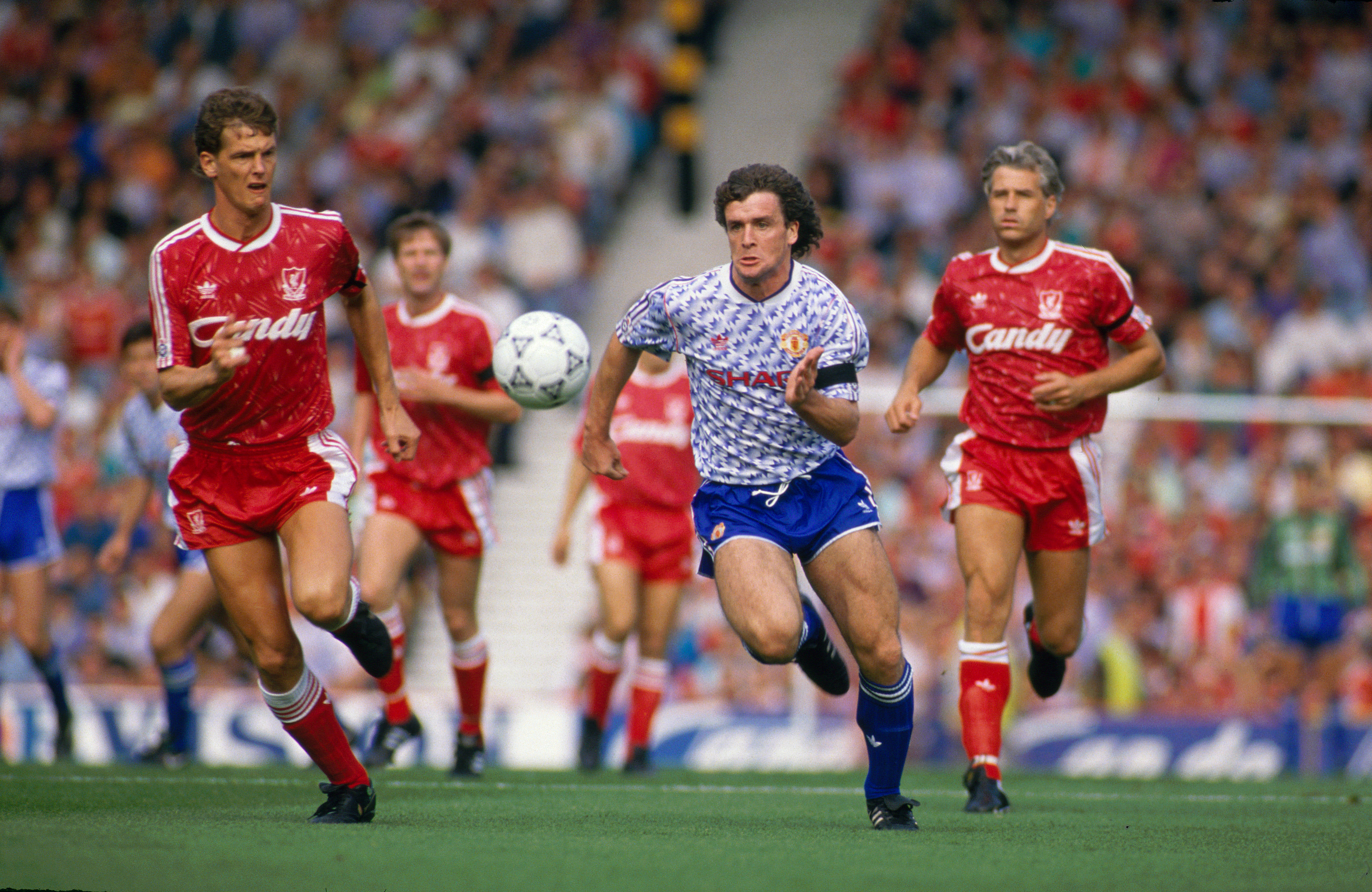 Man Utd sported this blue and white look in 1990

Man Utd‘s blue and white patterned attempt is still seen out and about today amongst fans. 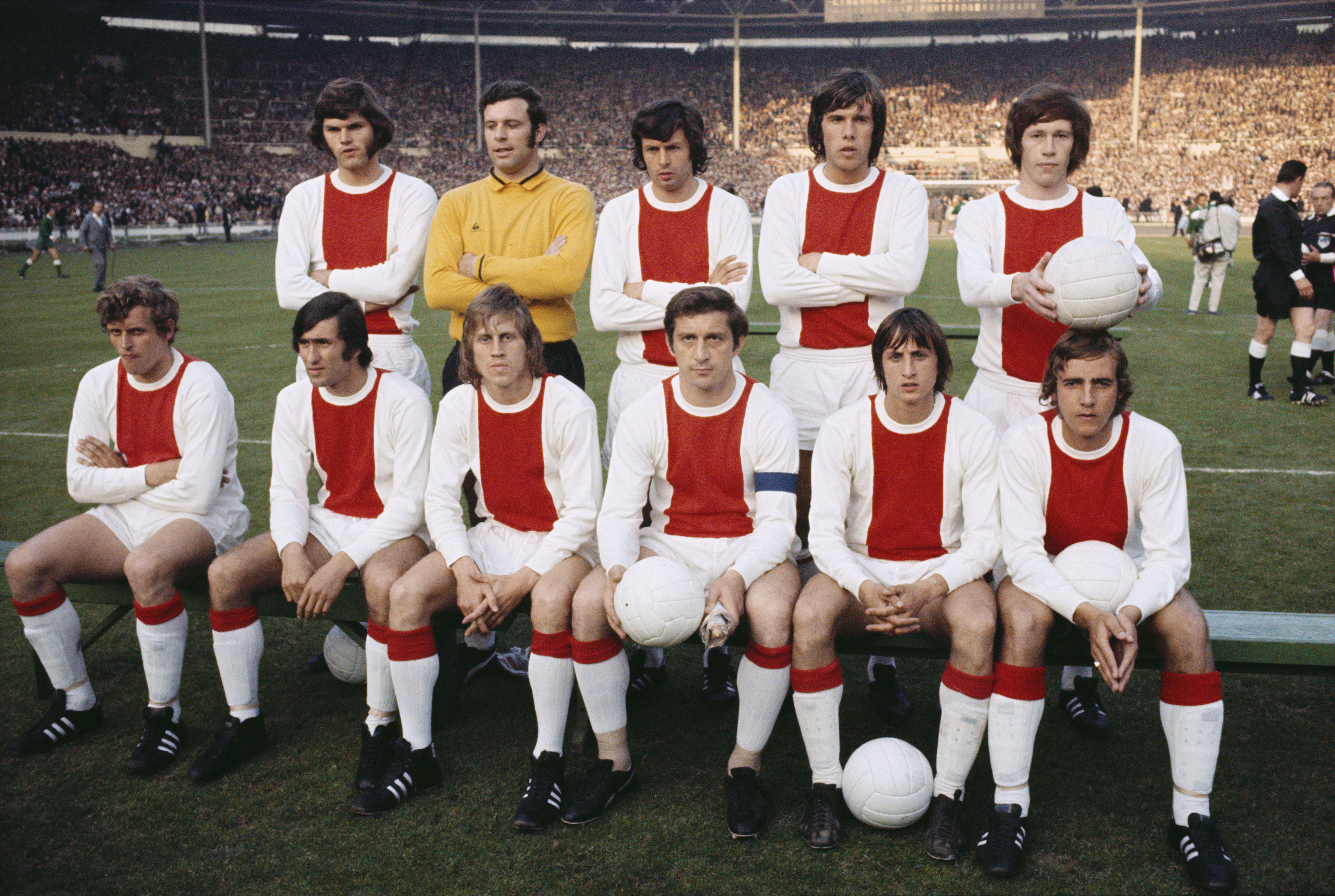 It’s the jersey that kicked it all off for the Dutch giants, as Ajax would go on to win THREE European Cup trophies in a row in this beaut of a football shirt. 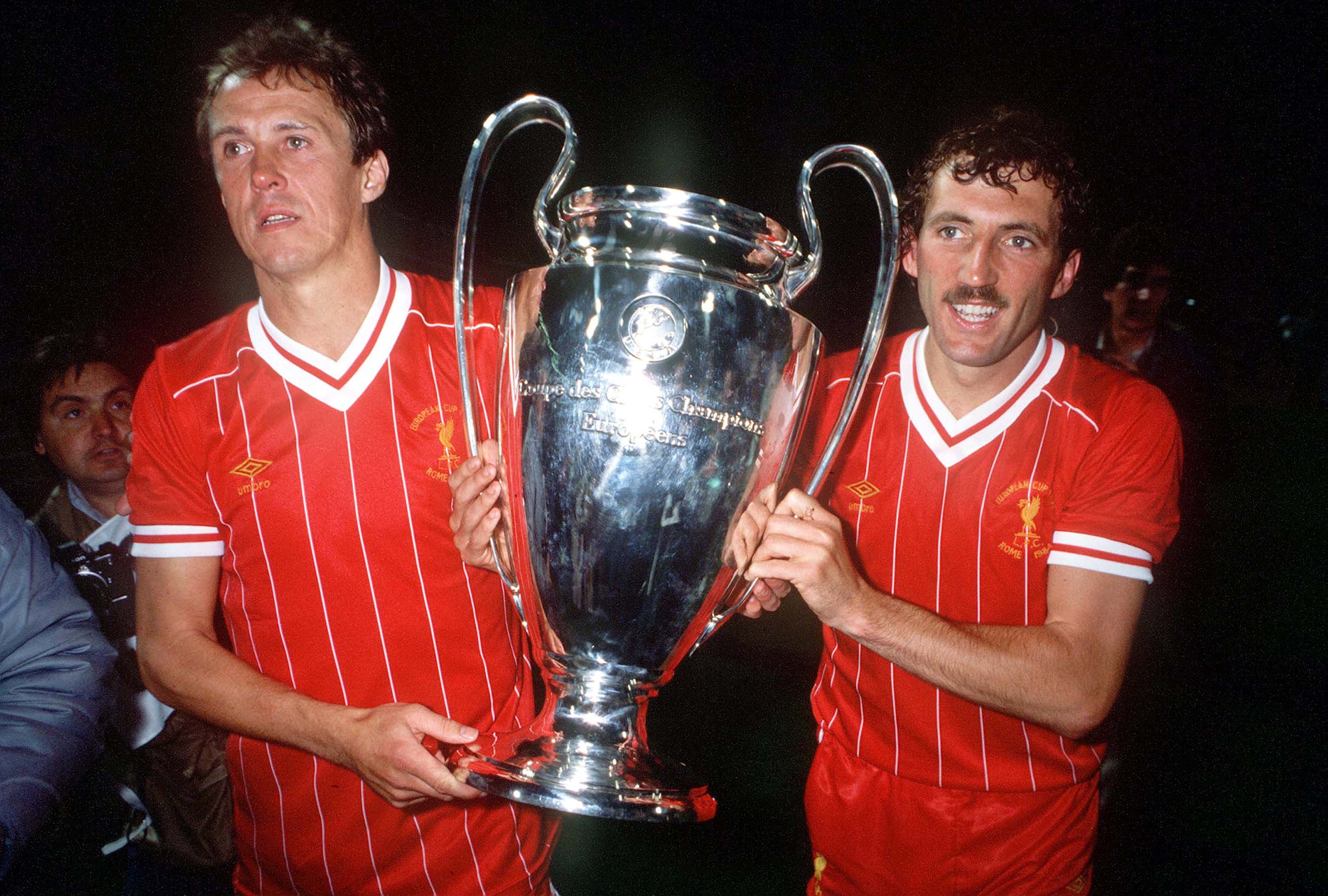 Speaking of beautiful jerseys and winning the European Cup, here’s the Reds’ entry from 1984.

Classic red, sponsor less and sporting lovely thin stripes down the front – Liverpool are wearing a similar, reimagining of the jersey this season.

With the current Kop crop running amok in the Premier League, maybe it’s the real key to their powers… 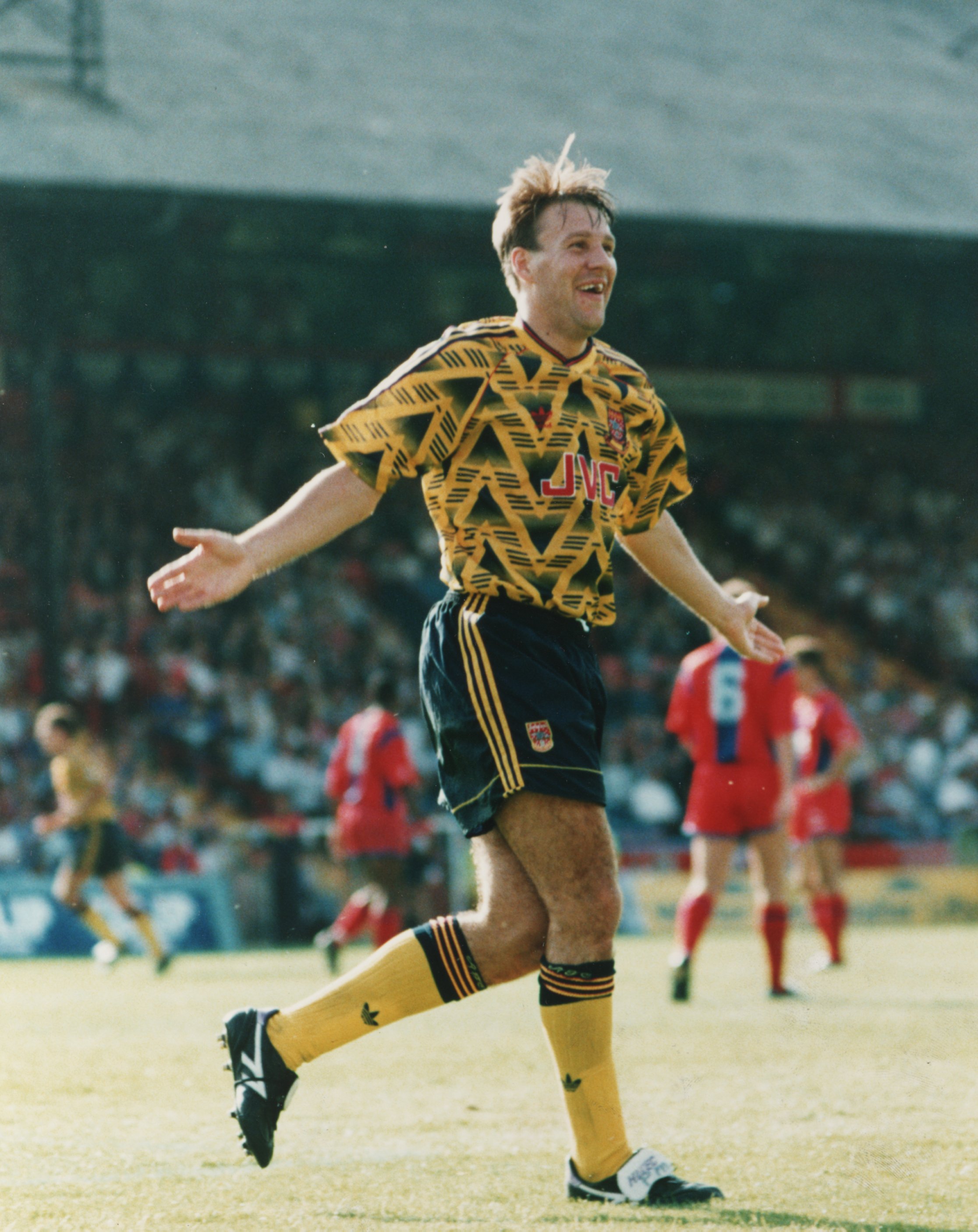 Arsenal have brought this back lately, but you can’t beat the original black and yellow zig zags. 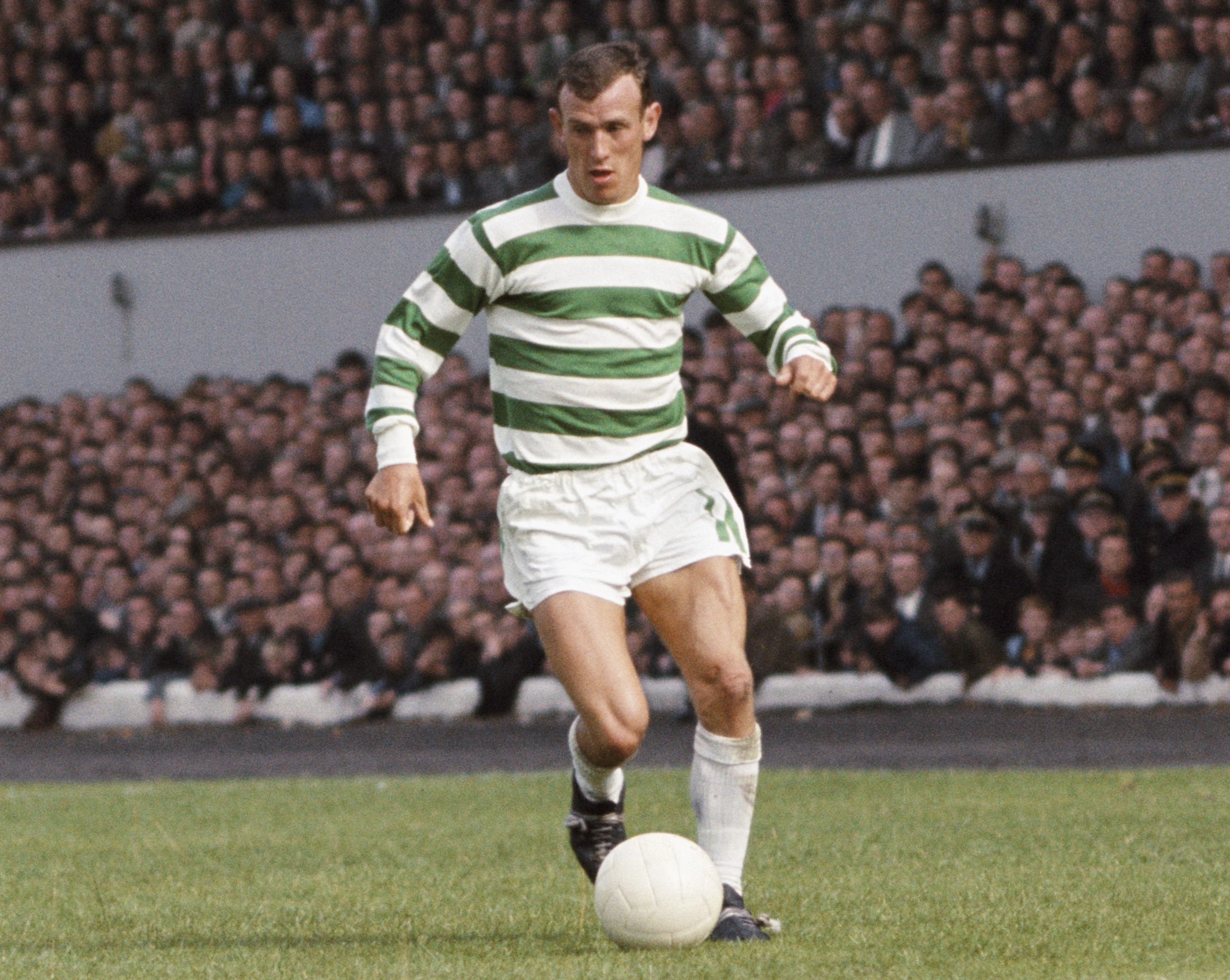 Celtic won the 1967 European Cup with this simple design

The Scottish giants incredibly went on to win the European Cup this year – and the kit will be remembered forever.

The simplest of green and yellow hoops, its classic, minimalist approach will go down in the history books forever. 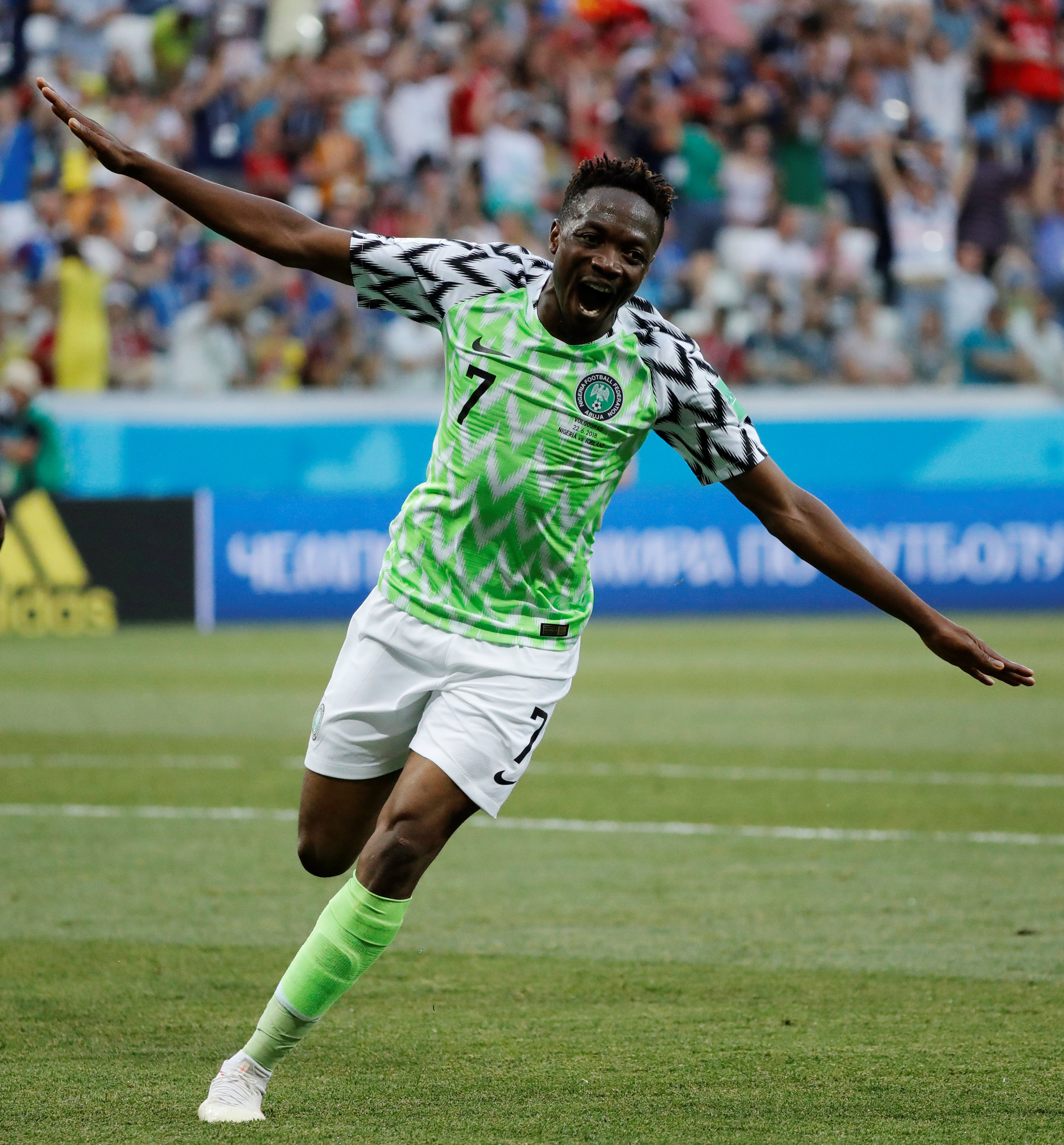 Nigeria took the world by storm with their 2018 masterpiece

So popular, this one sold out across the world within days of its release.

In the 2018 World Cup, Nigeria were suddenly everyone’s second team with its stunning light-green, black and white, patterned run-out. 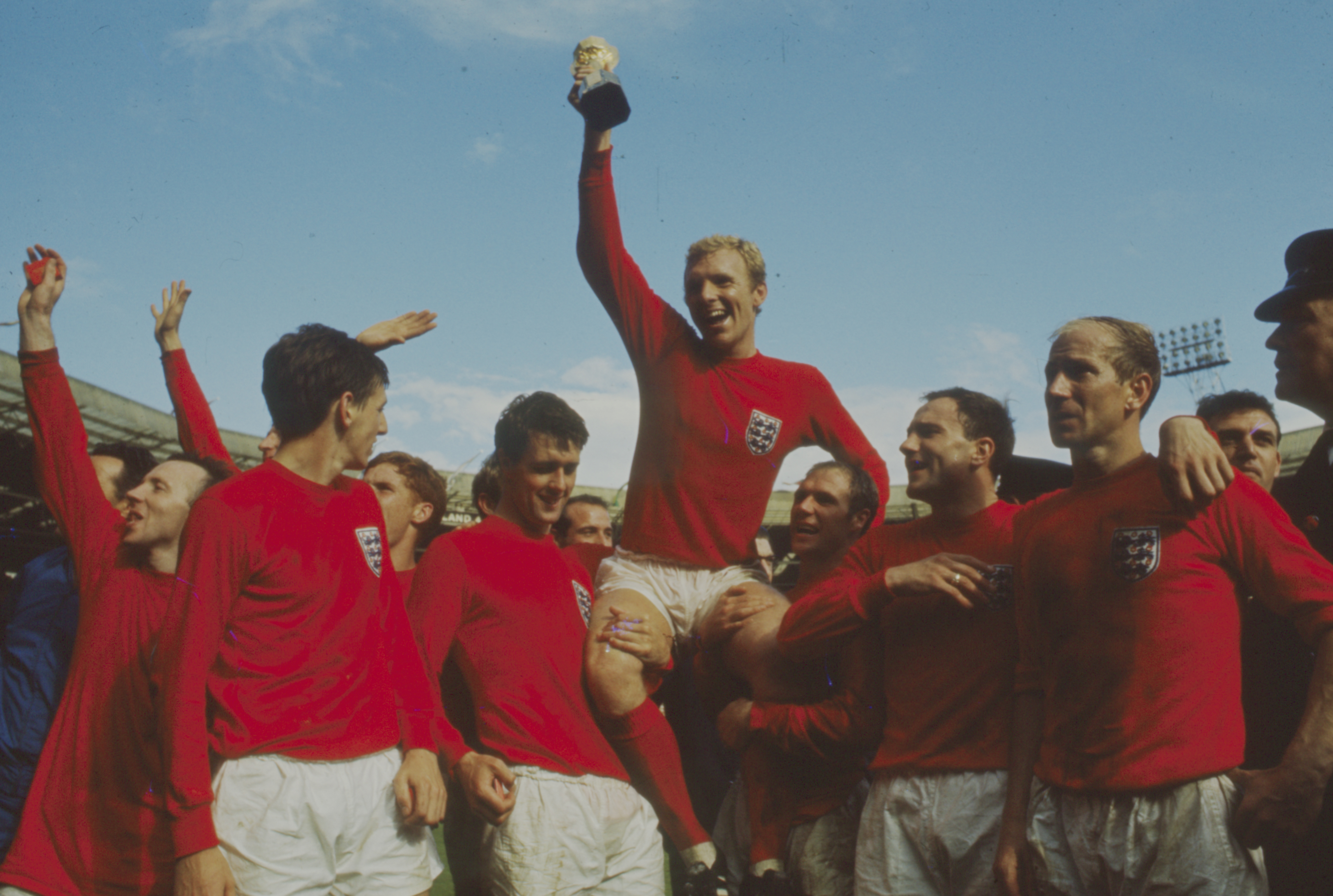 No England kit comes close to the 1966 red design

This was always going to be near the top, thanks to England’s one and only World Cup victory, on home soil no less.

The red, long-sleeved shirt was simple with its Three Lions across the chest.

If England ever want to see Harry Kane holding the trophy aloft a la Bobby Moore, they better get back to this beauty as soon as possible. 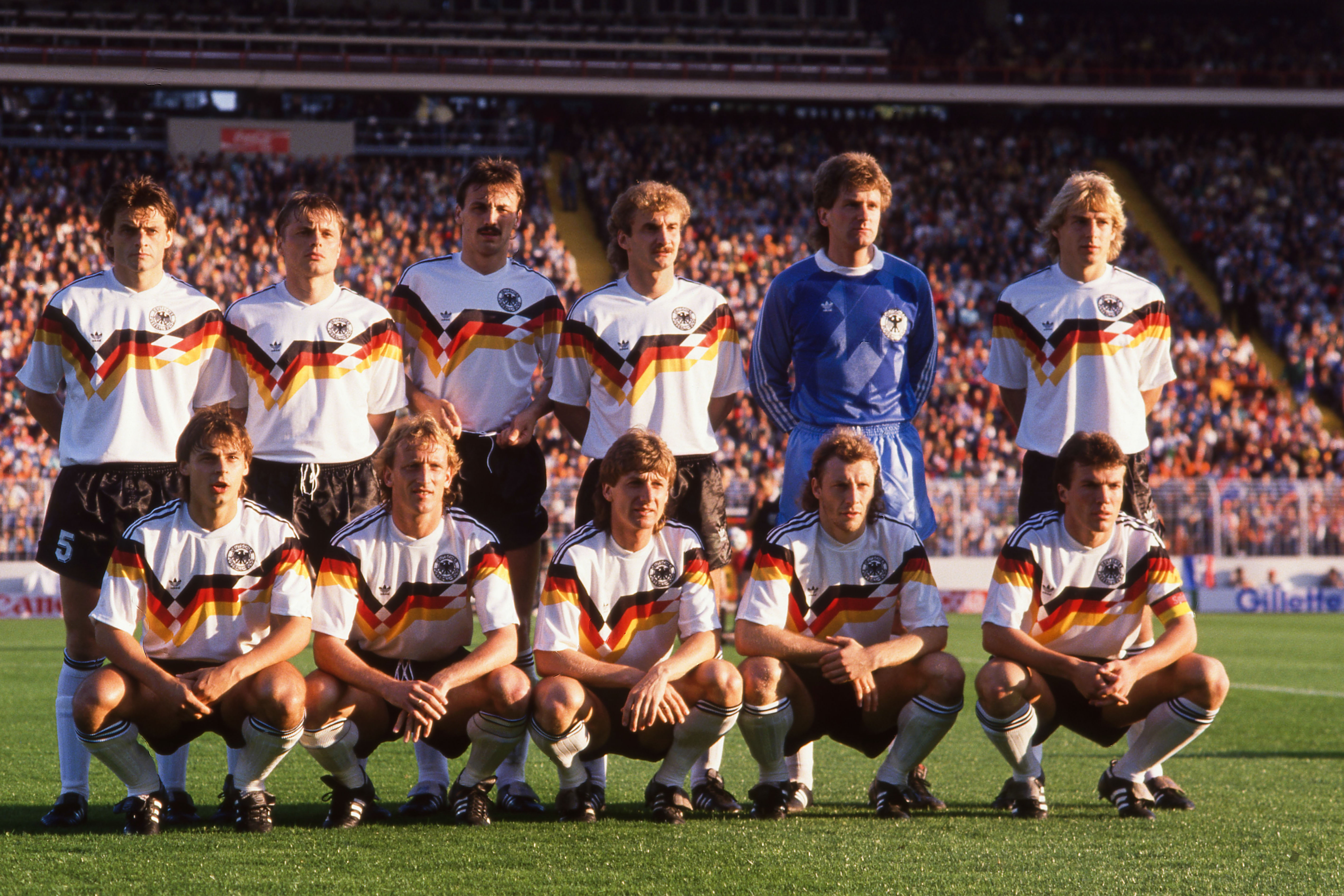 Yet another World Cup winners kit on the list, the German effort is a worthy podium-taker.

Arguably the nation’s most-famous effort ever, the white shirt with the flag’s colours – black, red and gold – edging their way across the chest was a lovely touch. 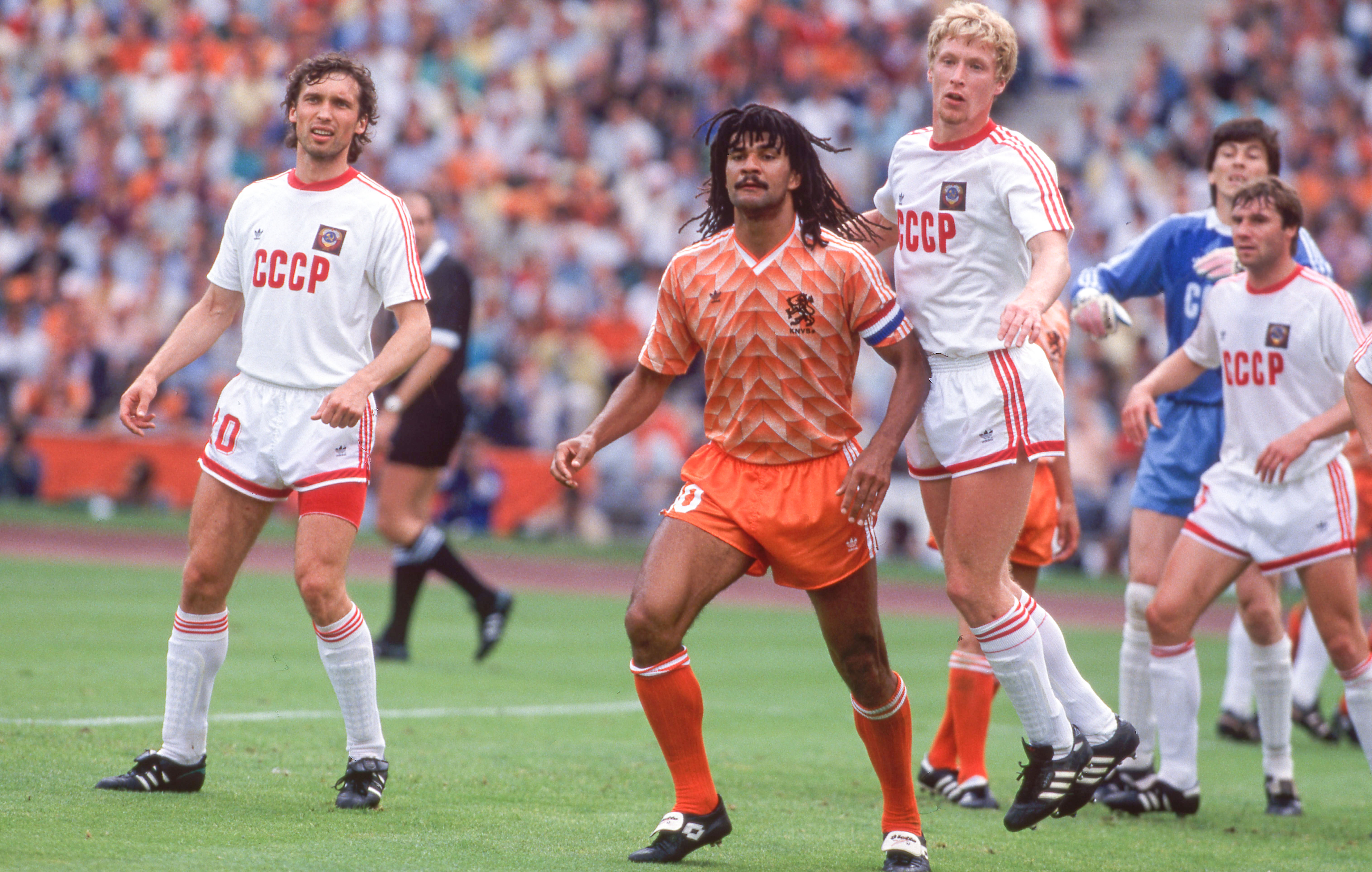 If you don’t immediately know the one, think Marco van Basten’s sensational volley.

Holland finally won a trophy with this gorgeous, orange effort for a nation at the peak of their powers. 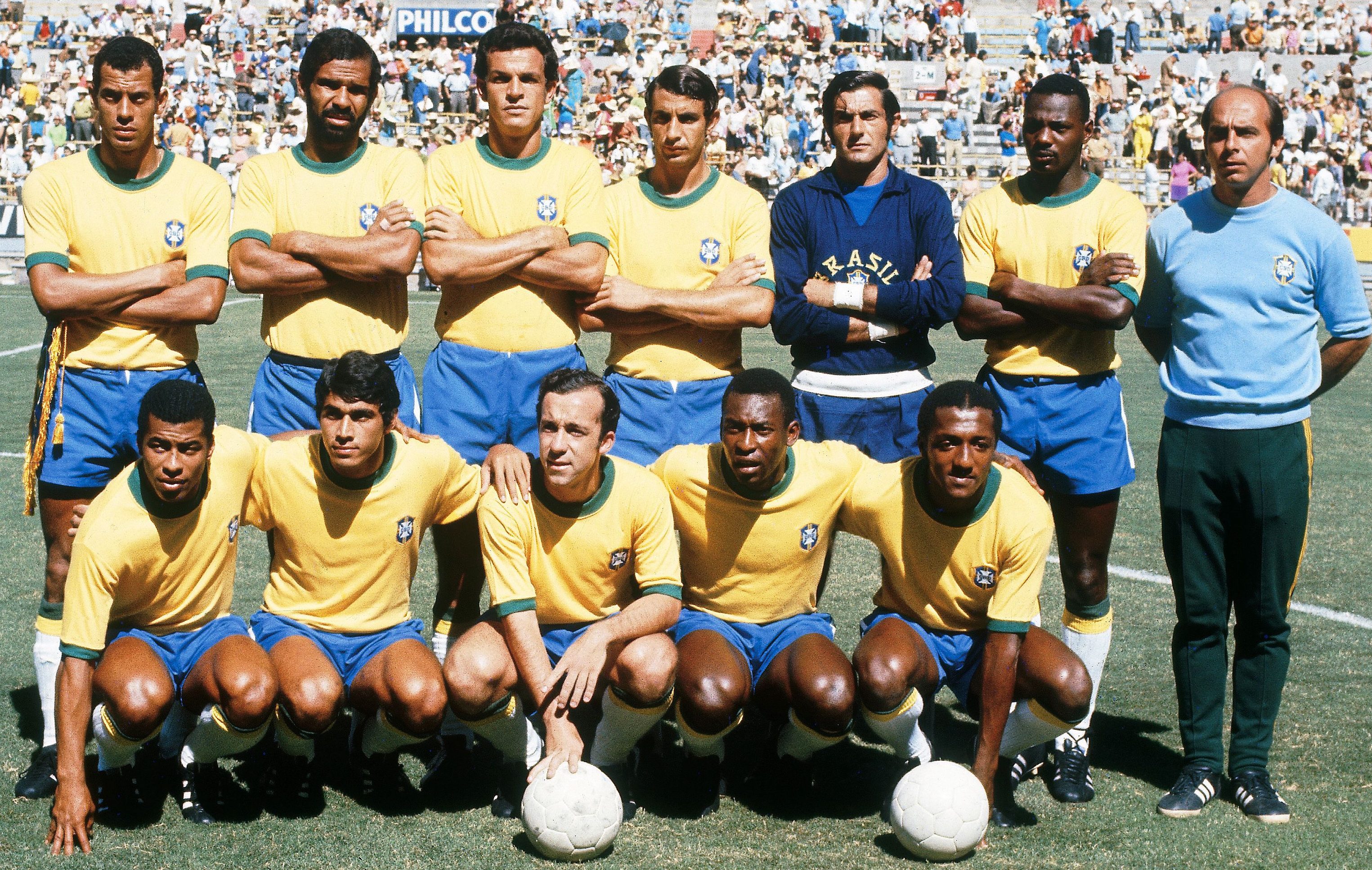 The 1970 Brazil team have the best kit of all time, according to voters

And coming it an No1, it’s the iconic gold and blue of Brazil.

Quite possibly the best team any World Cup has ever seen, with the likes of Pele on the books, it’s easy to see why it sticks in the memory.

The flashes of green around the neck and arms on the home strip were a thing of beauty.