It comes after Marcus Rashford and Harry Maguire had an X-rated argument while on the pitch during the Red Devils’ goalless draw with Crystal Palace on Wednesday night. 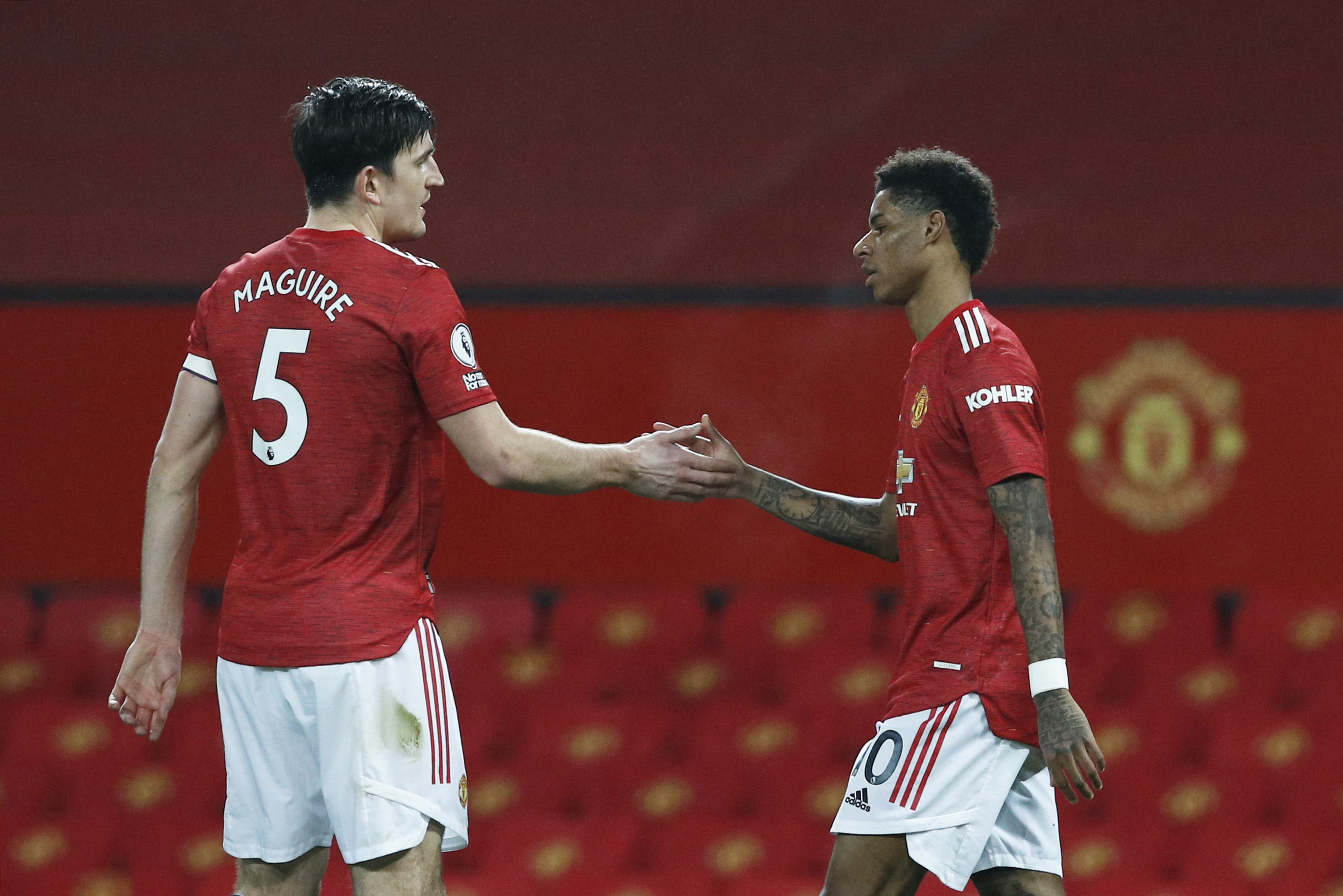 Berbatov was pleased to see some passion between Maguire and RashfordCredit: Reuters

And Berbatov, who won two Premier League titles with Man Utd in 2009 and 2011, has praised the England duo for showing their dedication to the cause.

He told Betfair: “In the match against Crystal Palace things got a little heated with Marcus Rashford and Harry Maguire, but I like that.

“It’s good in a game to have that fire and passion to fight. Aggression shows you are passionate, and you care about the game. You don’t want to be silent, because that tells me you don’t care.

“Of course, things like this need to stay on the pitch, although you might carry it on a little bit in the changing room, but as long as it doesn’t interfere with your commitment to the team, it’s OK.

These things happened to me when I was playing. I’d tell defenders how to do their job and defenders would tell me how to do my job when I wasn’t scoring goals.

“When things aren’t going right in a game and you think your teammates can do more and you are running high on adrenaline, you need to push and push and even argue with teammates if necessary.

“I had it a lot in my career, arguing and screaming with teammates, and I’m fine with it. It’s all for the purpose of helping the team to win games.

“Rio (Ferdinand) used to always run his mouth and tell everyone what to do, I used to give it back to him by telling him how to defend and to pass it to me, to my feet, instead of clearing the ball high.

“It’s always good to put a bit of fire in your teammates, it’s a two way street and when you play on that to help you win it’s a good thing.”

Man Utd’s draw with Crystal Palace means they are now 14 points adrift of Manchester City at the top of the table.

They are also looking over their shoulder now as they bid to keep a top four place, with fifth-place Chelsea just seven points behind them and with a game in hand.