THE LALIGA title race has been blown wide open after Real Madrid fell to a shock 2-1 defeat against Espanyol.

Karim Benzema’s late second half strike wasn’t enough to rescue a point or all three for Real. 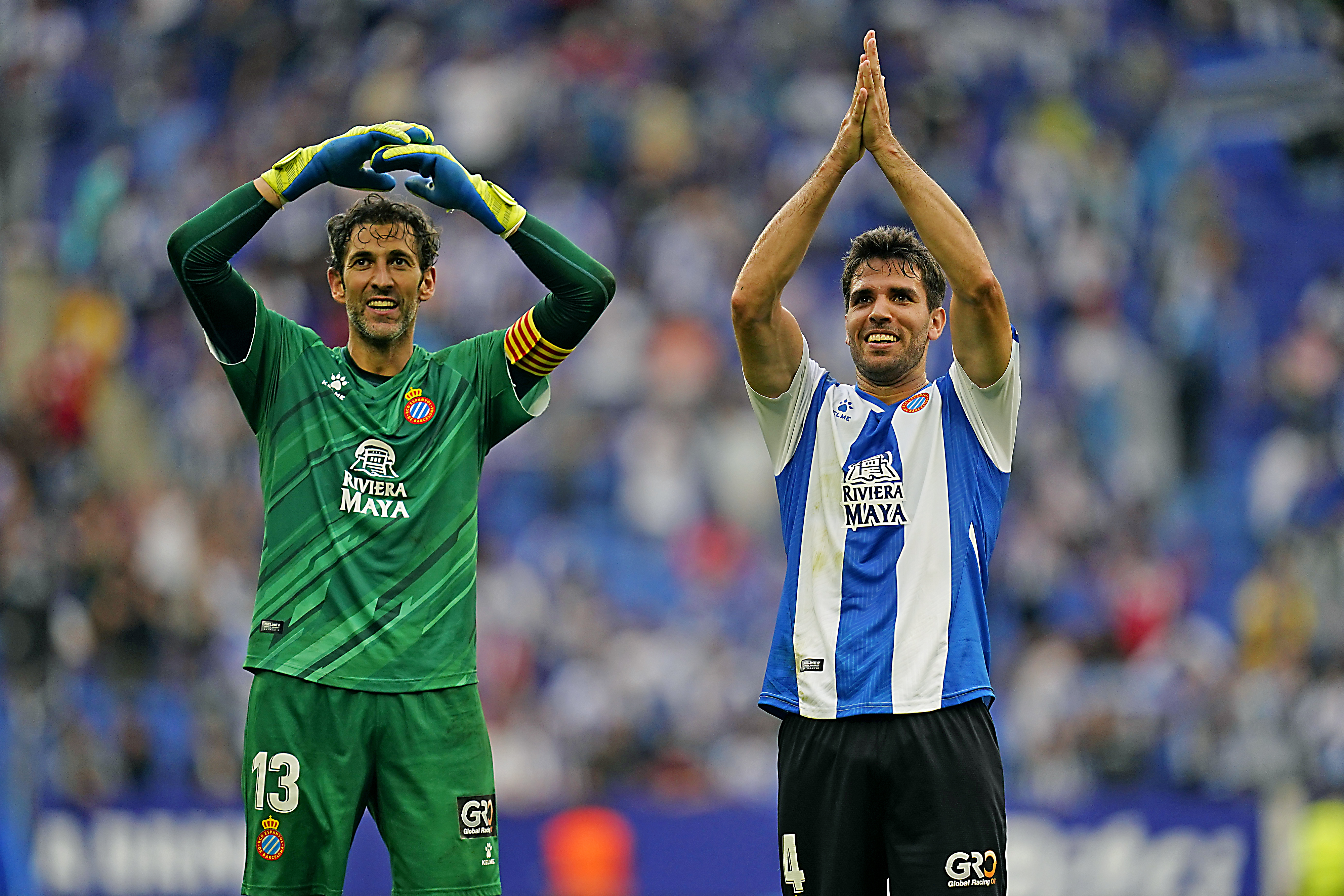 Espanyol were clinical with the very little possession they hadCredit: GETTY IMAGES 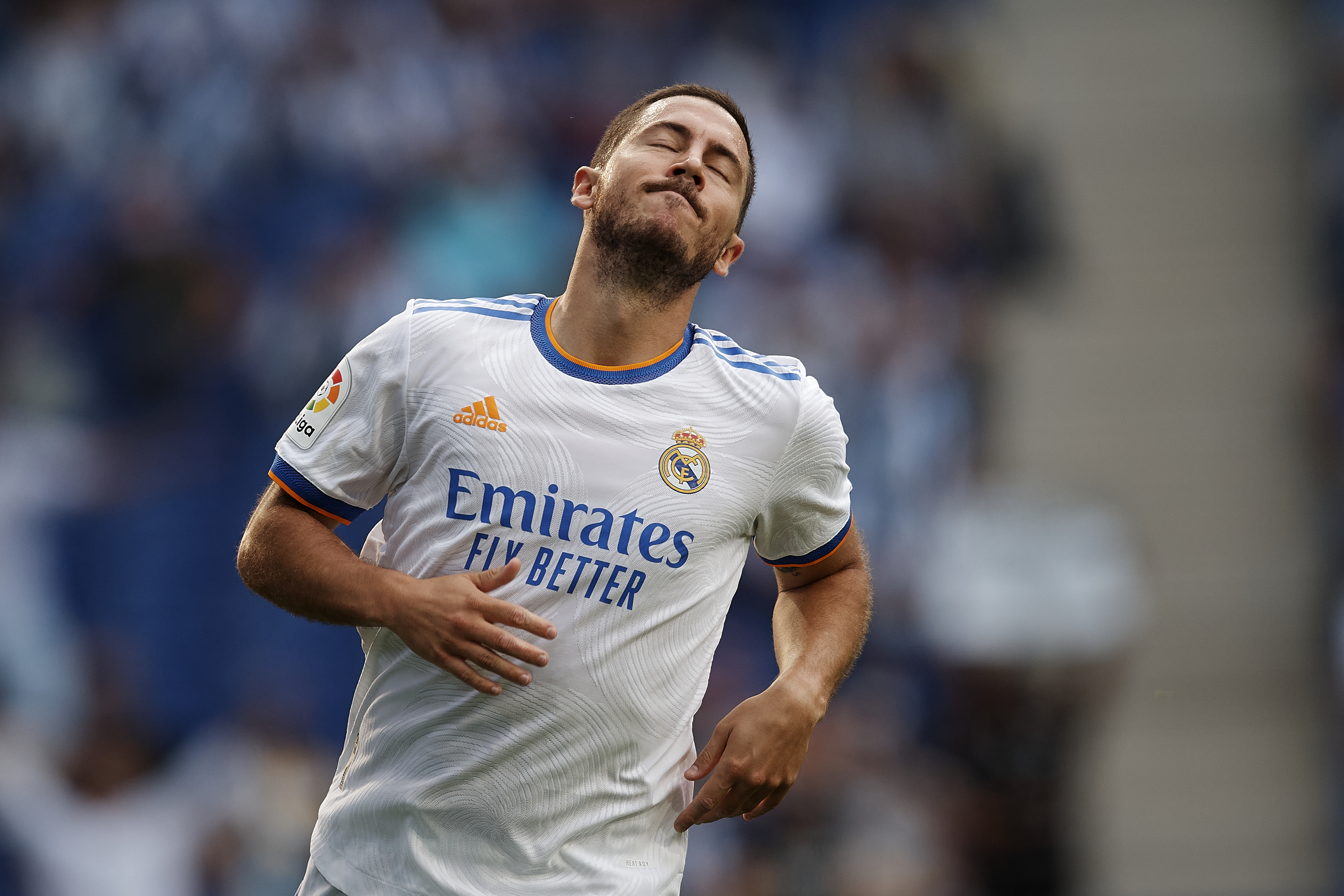 Real registered 20 shots in total with just four of them on targetCredit: GETTY IMAGES

Los Blancos found themselves a goal behind after just 17 minutes with Espanyol striker Raul de Tomas clinically finding the back of the net.

The visitors dominated the ball but couldn’t seem to find a breakthrough.

And Aleix Vidal made them pay, scoring Espanyol‘s second of the afternoon, stunning the LaLiga leaders.

Real eventually got a reward for their dominating display with main man Benzema doing it all on his own and finding the corner of the net.

The Frenchman’s goal takes his league tally to nine for the season, and when you add his seven assists into the equation, he’s the most in-form player on the planet.

Real had a chance to equalise right at the death after an Espanyol defender gave away a needless corner.

The San Sebastian-based club face Getafe later on Sunday, and a win would take them two points clear. 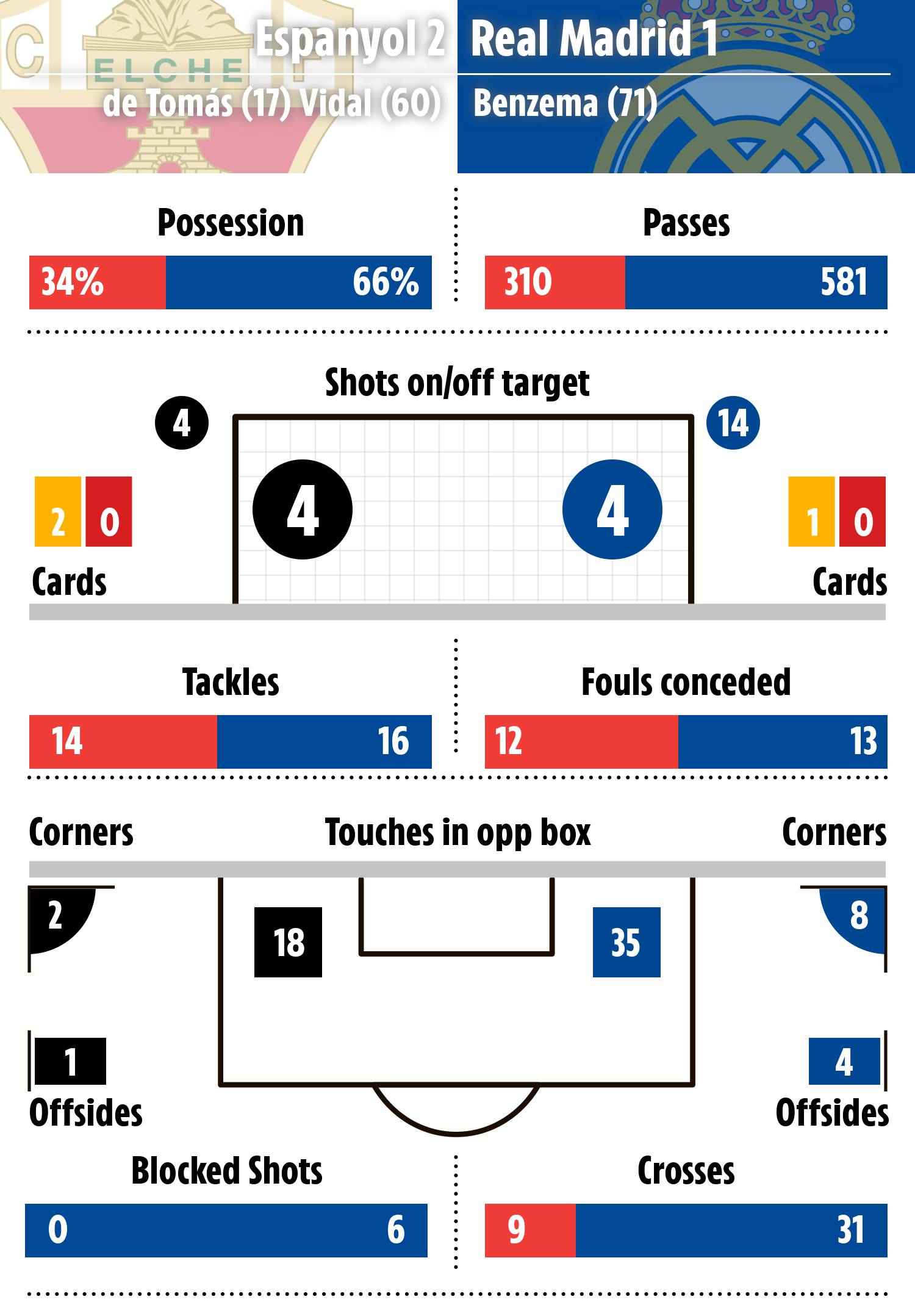 Sociedad aren’t the only team licking their lips after Real’s shock defeat.

Sevilla have TWO games in hand on Real and Atletico, and one on Sociedad.

A win in both could see former Real boss Julen Lopetegui’s side take top spot.

Man Utd legend Alex Ferguson was so keen to sign Benzema, officials ‘had to pull him away’, reveals Ferdinand