BENJAMIN Mendy boasted “I have had sex with 10,000 women” shortly after raping a 20-year-old, a court heard.

The Manchester City left-back, 28, allegedly locked a girl in his bedroom with a “fingerprint touchscreen” – shortly before he “pushed her on the bed and raped her”. 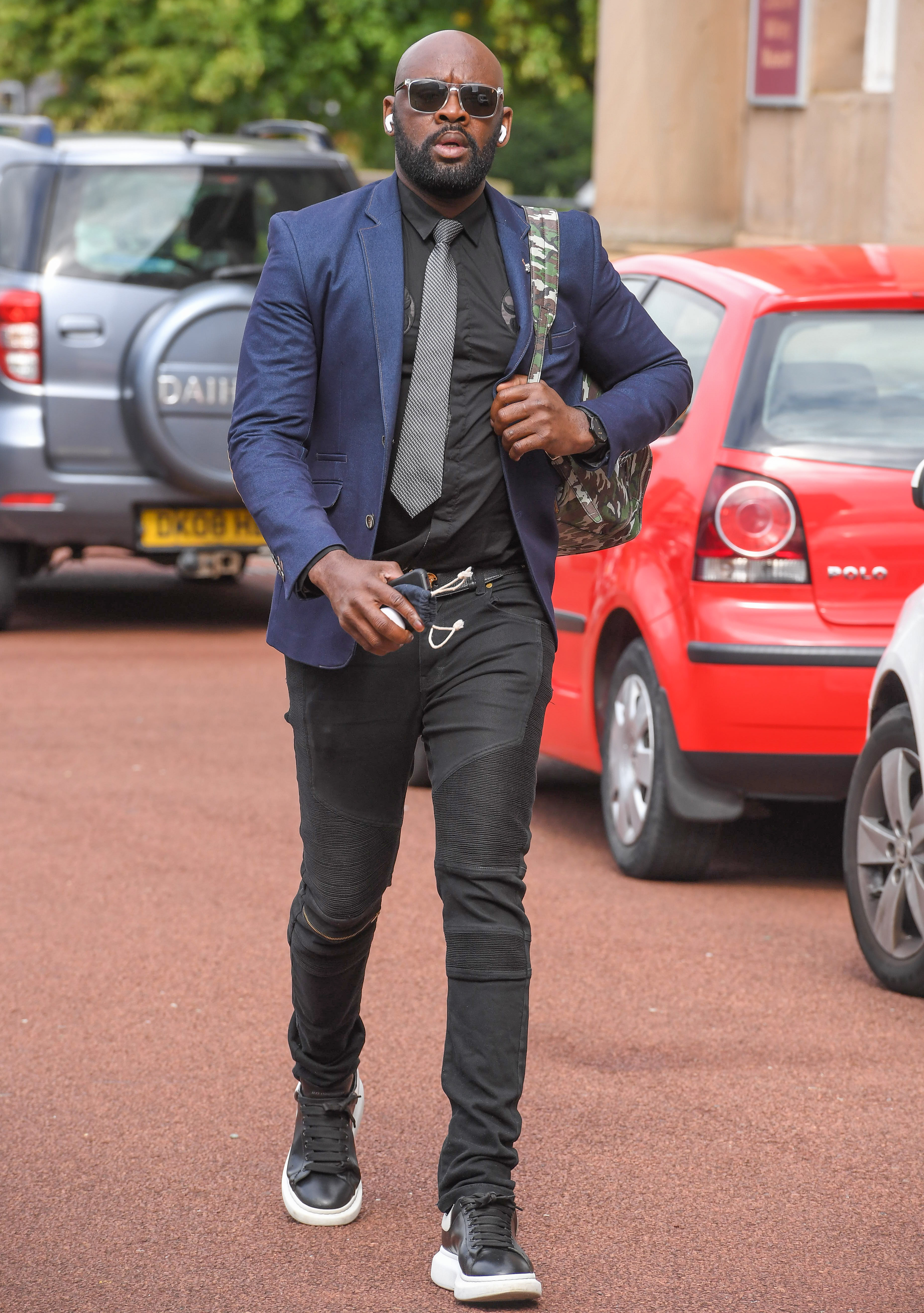 The footballer told the woman “the door is locked anyway” when she begged to leave his bedroom.

The £52million defender is accused of 10 offences against seven women as young as 17 between October 2018 and August last year.

Mendy’s co-defendant Louis Saha Matturie, 40, is accused of eight counts of rape and four counts of sexual assault relating to eight women, which he also denies. 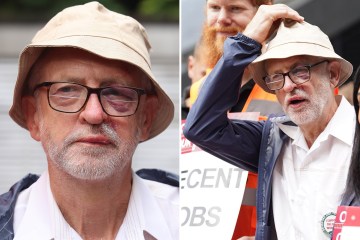 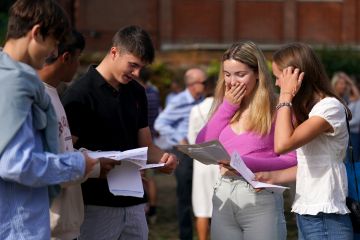 At the fourth day of his trial today, the jury was played a pre-recorded police interview with Woman Two – the footballer’s second alleged victim.

Woman Two has accused Mendy of three counts of rape against her in October 2020.

The alleged victim – who cannot be named for legal reasons – met Mendy and others at a bar before heading to a party in his Cheshire mansion.

Once there, she claims Mendy took her phone and began “going through her pictures” – before taking the device upstairs to his bedroom.

He used a “touchscreen fingerprint” to open the door, she claims, which was closed behind them.

The woman said she told Mendy: “I want my phone, I don’t want to have sex with you. I just want to go.”

When she asked to leave again, Mendy allegedly replied: “I promise you, I just want to look at you. You can’t get out anyway.”

The woman told cops she removed her clothes because she felt it was the “lesser of two evils”.

The woman said: “I thought just get undressed and then at least you don’t have to do anything with him.”

She says he then pushed her on the bed and began “thrusting against her” and “pulling her bum towards him”.

After the woman said she “needs to go”, Mendy allegedly raped her.

The jury heard she was raped three times by Mendy in the next 20 minutes or so, as she told him: “I don’t want to do that. I don’t want to have sex with you. I need to go.”

She told the court: “My body was so tense. It was just this pain.”

When the woman – who said she was left bleeding after the assault – refused to carry out a sex act on Mendy, he said she was “too shy”, the court heard.

She claims she then told him: “I’m not shy, I just don’t want to have sex with you.”

He added “don’t tell anyone and you can come over here every night”, like it was a “privilege” to have sex with him, she said.

In the police interview, Woman Two told cops: “What makes me upset is how many times I said no.

“I was very clear and that was not listened to. I’ve never experienced anything like that before.

“It could not have been misinterpreted in any way.”

Yesterday, Mendy was accused of “exposing his penis” to his first alleged victim – Woman One – while she showered.

The court heard how Mendy told Woman One “I’m going to kidnap you” on a night out.

Mendy first met Woman One along with her friend in Barcelona in 2017.

Woman One travelled to the UK the following year to see her friend and Mendy. The group went on a night out to two clubs.

At one of the clubs, Mendy allegedly told Woman One: “When he is not looking, I’m going to kidnap you.”

The following morning, the woman took a shower at Mendy’s house.

While she was showering, Mendy entered the room and “held himself in his private area”, the woman said.

She tried to grab her underwear but Mendy kept “obstructing her”, the court heard.

What makes me upset is how many times I said no. I didn’t just say no. I said: ‘I don’t want to have sex with you’.

Woman One told cops: “He kept forcing himself to see me and take off my towel.

“I kept pushing him away to the point where he kept grabbing me back.”

She claims Mendy then sat on the bed and “put her on top of him” – before “holding her down” as she tried to push him away.

Woman One added: “I was clinging on to my towel so it would not come undone.”

The woman claims Mendy removed his boxers and moved his penis near to her.

She told cops: “He was saying things like ‘are you scared? You don’t have to be scared’.

“I kept thinking where are his friends? Why is no one here? Shall I scream? There’s no point.

“He’s in his own territory, what am I going to do?”

On Monday, the jury were told harrowing details of the rapes – including the day Mendy allegedly attacked THREE women.

On July 23 and into July 24, there was a pool party, a trip to a nightclub and a post-club party back at Mendy’s “isolated” mansion.

During this time, Mendy allegedly raped three women – one aged 22 and two aged 19.

One of the 19-year-olds was also allegedly raped by Saha Matturie.

The mansion was “part and parcel” of how Mendy and Saha Matturie were able to abuse their alleged victim.

Mr Cray said there were five dates – between October 2018 and August 2021 – when nine young women arrived at Mendy’s address.

Afterwards, they all made complaints of rape and, or sexual assault against Mendy and Saha Matturie. 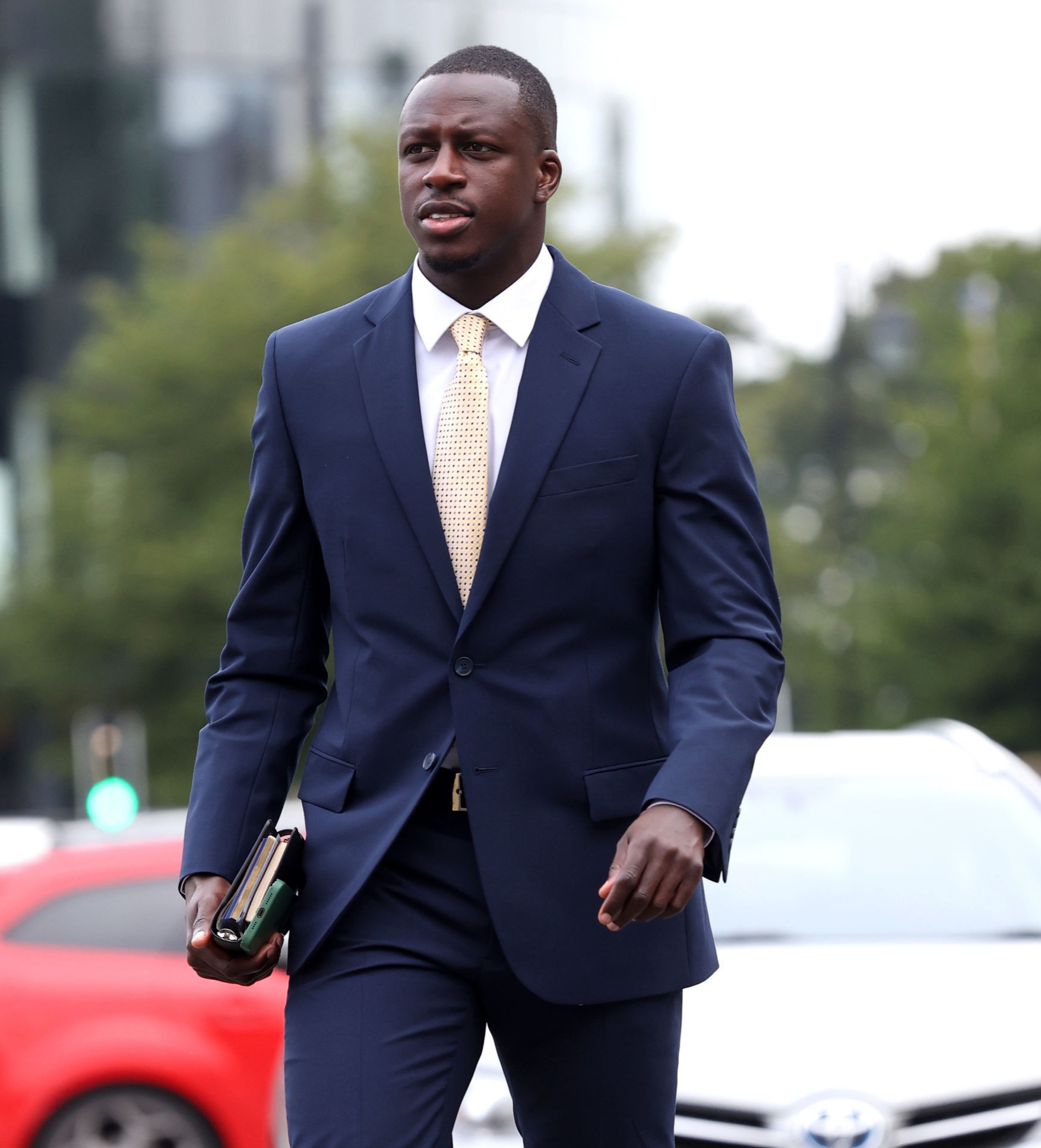 The Manchester City left-back, 28, is accused of 10 offences against seven womenCredit: PA