NACER CHADLI set an unwanted record in Belgium’s Euro 2020 quarter-final with Italy on Friday – becoming the quickest substitute of the tournament.

The former Tottenham forward came on in the 70th minute with his team in desperate need of a goal to take the match into extra time.

Nacer Chadli came on a second-half substitute in Belgium’s clash with ItalyCredit: AP 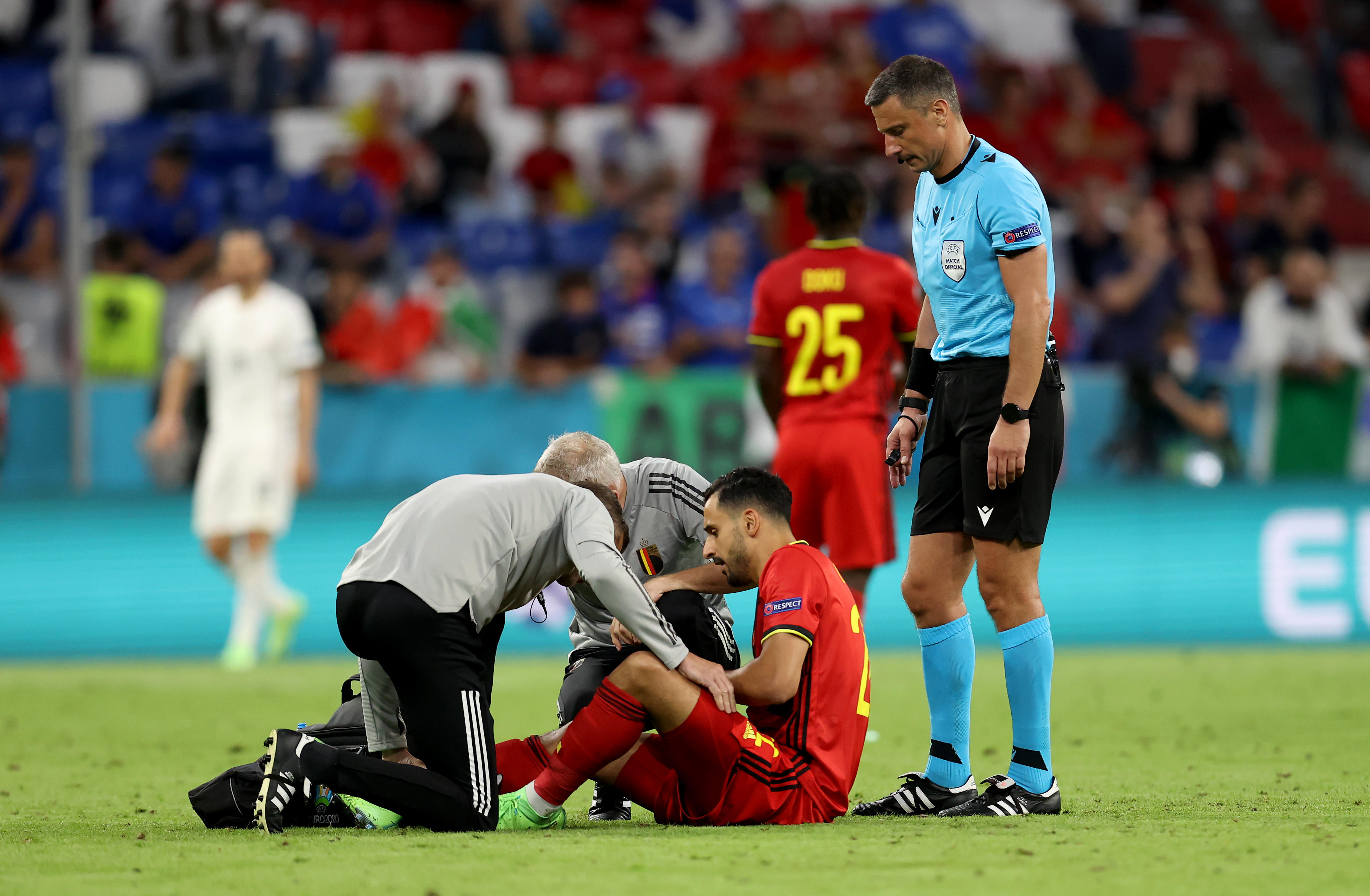 But injury forced the former Spurs man back to the sidelines after a mere four minutesCredit: Getty

But just a mere four minutes later, the 31-year-old was hobbling off the pitch after suffering what appeared to be a muscular injury.

Footy fans couldn’t help but comment on Chadli’s unfortunate withdrawal from the match, with one saying: “Sorry for my akh Nacer Chadli, muscle injuries are the worst that come.”

Another said: “Chadli has to be the quickest sub to be subbed.”

And another said: “Chadli with the Adam Lallana award for being injured as a sub.”

One remarked: “Nacer Chadli coming on for only 5 mins and then subbed off cause of injury. Hard luck.”

Roberto Martinez’s side were dumped out of the tournament courtesy of a 2-1 defeat to the Azzuri.

First-half goals from Nicolo Barella and Lorenzo Insigne booked Roberto Mancini’s side a place in the final four of the tournament.

Inter Milan hitman Romelu Lukaku pulled a goal back for the Red Devils just before half-time from the penalty sport.

But the Belgians were unable to create enough clear-cut chances to draw themselves level.

Speaking after the final whistle, Napoli’s Insigne said: “I think every single player in the team played an incredible game tonight.

“I always try that shot, in games and in training. I’m happy it went in. 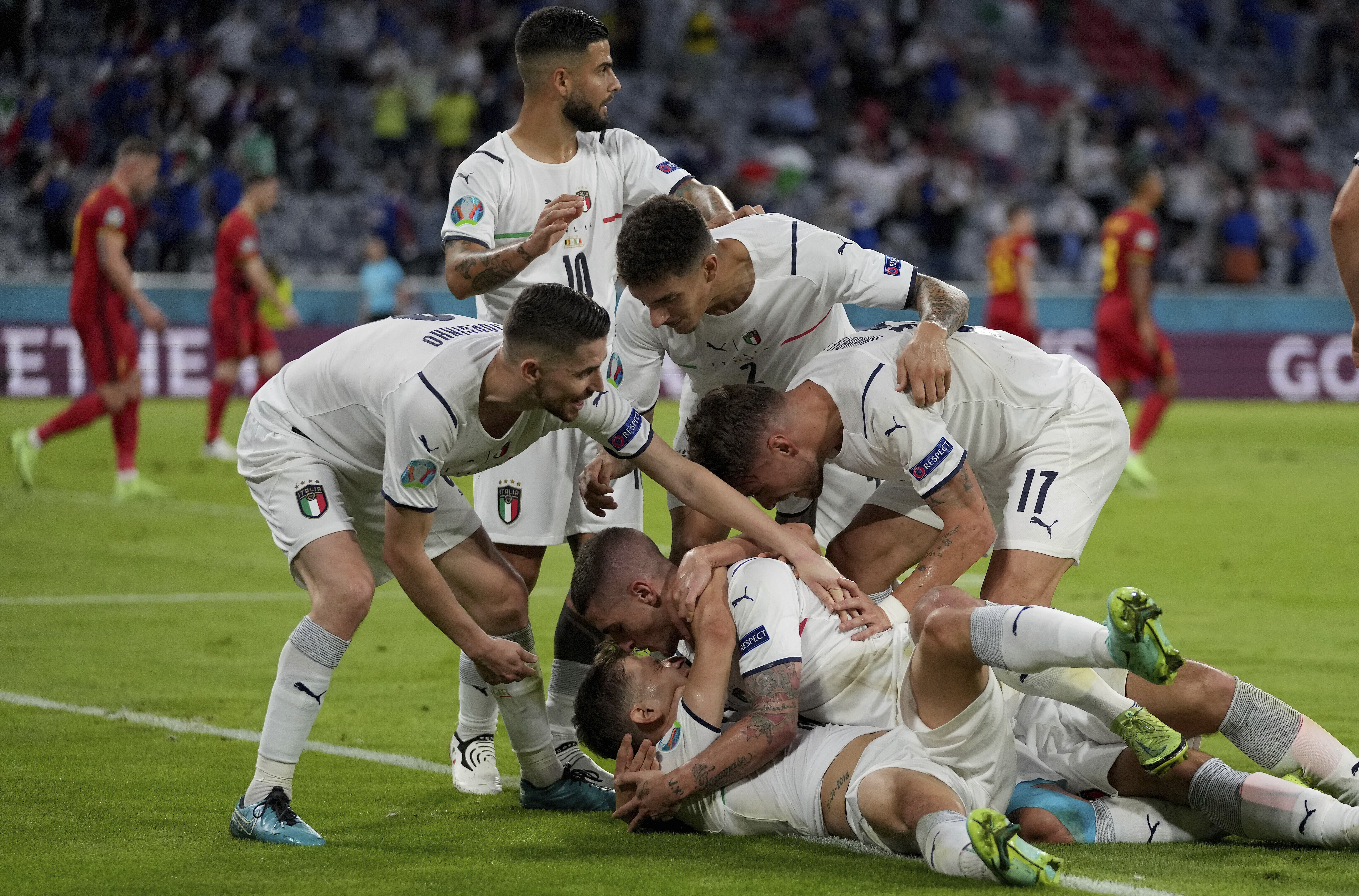 Nicolo Barella is mobbed by his team-mates after scoring Italy’s openerCredit: AP

“It was a great goal but I repeat, we won all together tonight.”

Elated Azzuri keeper Donnarumma chimed in: “We won as a team, this is an extraordinary group.

“I still have to watch that save from [Kevin] De Bruyne back but we are here just to give our best and give Italians joy.”

The high-flying Italians will meet three-time tournament winners Spain for a place in next Sunday’s final.

Their eagerly-anticipated clash will be a rematch of the 2012 final in Kiev, where the Spaniards thumped Cesare Prandelli’s 4-0 to claim their third European Championship.