LYDIA BEDFORD wants to ramp up competition for places in Leicester’s attack following the loan signings of Missy Goodwin and Freya Gregory.

The Aston Villa starlets will be part of the squad facing Reading following several cases of Covid-19 within the Midlands side.

The players – both 18- have joined the Foxes until the end of this season with the club battling to avoid relegation and build on the first win in the league – a 2-0 defeat of Birmingham.

And both forwards have represented England at youth level with forward Goodwin featuring for the Under-19s and Gregory playing the Under-17s.

Bedford, 34, said: “The team are still riding the wave of what they felt from that Birmingham game and they’re confident.

“The addition of these players will raise the competitiveness in the squad and help us maintain momentum going into the next few games.

“Missy is a really technically talented forward who secures the ball, holds off players and creates space extremely well.

“She has also got great delivery when she gets the opportunity to do so.

“Freya is naturally left-footed, which adds another dimension to us.

“She has a wicked delivery of the ball from her left foot, whether that’s set plays or in open play and she’s quick.

“I’m expecting Freya to have a great impact in forward areas, but also as a wingback as she’s got the ability to play deeper.”

Kelly Chambers’ Royals, currently eighth, have lost just three of the 15 WSL games they have played against newly-promoted sides.

And the Foxes, who are second from bottom, have beaten the team in two of their last three clashes including a 2-1 win in an FA Cup duel in 2020.

However, Reading come into this off the back of five wins in their last six games across all competitions.

Results include a surprise 1-0 defeat of champions Chelsea with Canada ace Deanne Rose netting against the Blues.

Bedford added: “Reading are a tough team and four wins and one draw from their last six games speaks for itself.

“I remember Kelly as a player because I was at Barnet when she was at Reading. She’s had a fantastic career and done a great job there.

“There’s a real grittiness about her team and how they play and they’re very good at coming back into things when they go behind.”

Chambers, whose side finished seventh last term, has high hopes for where the Royals could end up in the table this season. 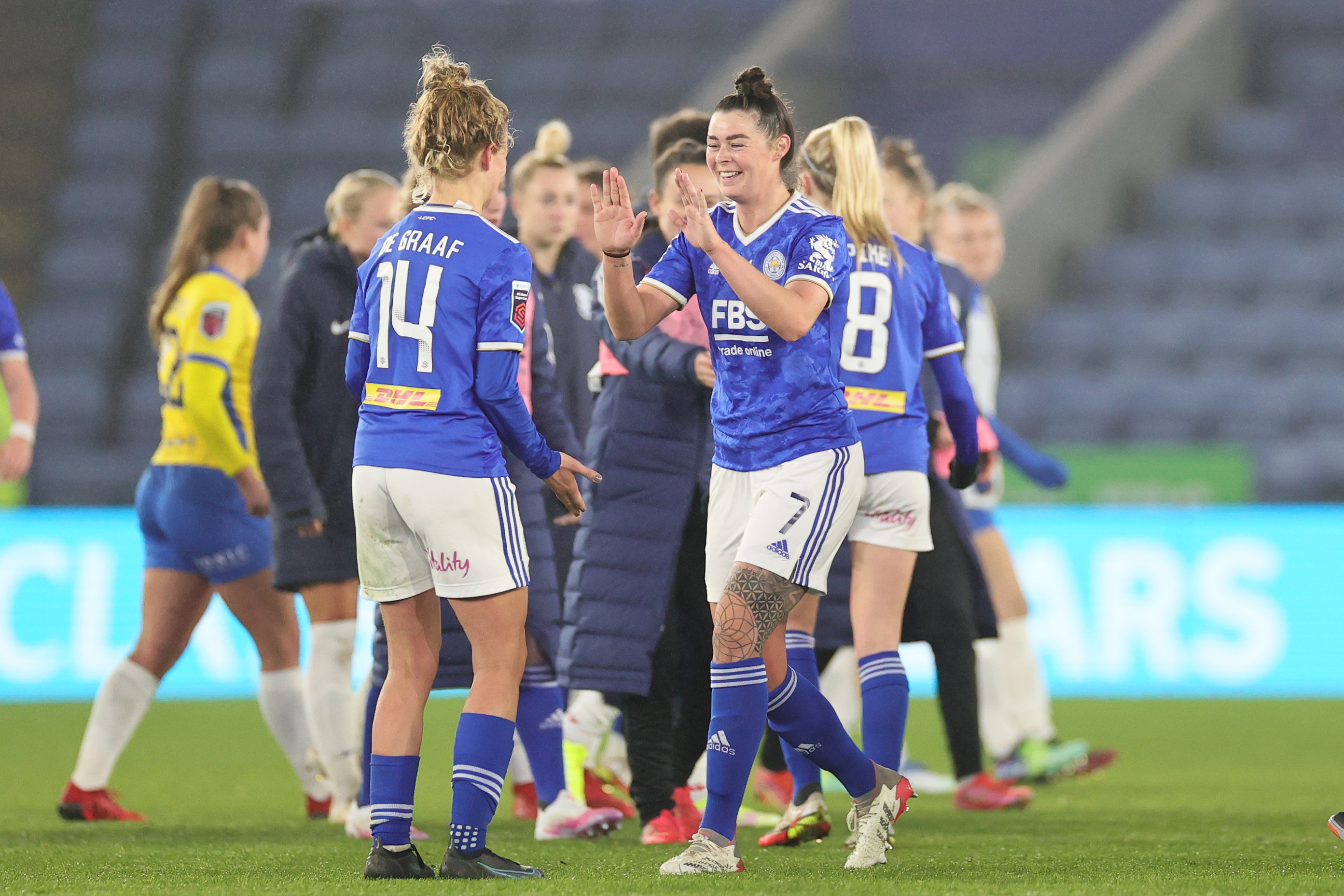 Leicester are targeting a first win against Reading in the WSLCredit: �MI News & Sport Ltd

The team are seven points behind third-placed Tottenham with the race for a Champions League spot currently wide open.

Chambers said: “We’ll be taking every game as it comes and really try to pick up the results where we want to.

“We are beginning to see glimpses of the team coming together. We have to continue that now.

“If we do that, I believe the sky is the limit for where we want and can finish in the league.”