The Paris Saint-Germain forward could be on the move this summer, with his contract set to expire.

Kylian Mbappe is set to announce his future in the coming daysCredit: AFP 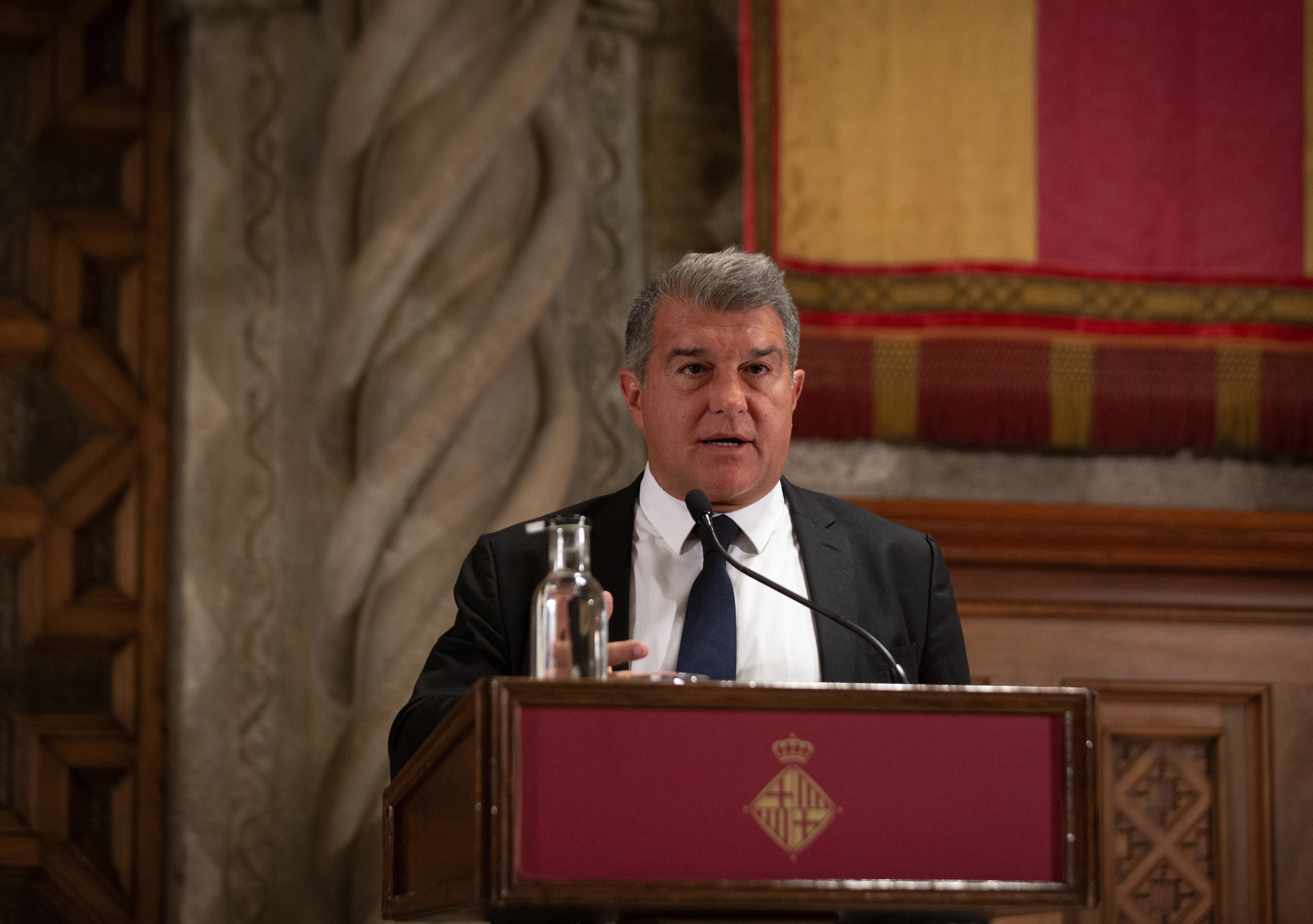 Joan Laporta aimed a dig at the French strikerCredit: Getty

Real Madrid are desperate to sign Mbappe ahead of next season, while Liverpool have been loosely linked.

One club he will NOT be joining, however, is Barcelona.

Speaking to Radio Catalunya, Laporta said: “There are players that we have not had the money to do (sign) nor will we because the salary structure does not allow us, and the spending has shot us again.

“It cannot happen again. You have to be conscious and it’s something that we are instilling in all areas of the club.

“Mbappe is at a level of ‘super tops’. Though, neither one of the other win the Champions League.

“It would be a comparative offence for players who are called to be a reference in the world of football who are at Barca and are just starting out.

Mbappe’s representatives deny Laporta’s allegations, and claim they have not spoken to Barcelona at all.

The 23-year-old is expected to announce a decision regarding his future in the coming days.

According to The Athletic, he has agreed personal terms with Madrid – but has NOT yet put pen to paper.

He recently said: “I will officially announce my decision on the future before I join the France national team in June.

“This isn’t the right moment but yes, yes, my decision is almost done.”

PSG’s final game of the season is this Saturday, when they host Troyes at Parc des Princes.